Home » Archaeology » Atlantis of the Sands – Beyond Imagination
Archaeology

It was a lush oasis. Gardens of date trees fed with springs decorated the city of towering pillars that lined its borders. It was “adorned with beautiful temples and palaces,” and this city was the richest in the world. Frankincense as valuable as gold was abundant, and it brought great wealth to the area. Additionally, treasures and troves of red silver ore were kept locked away. This was the Atlantis of the Sands. 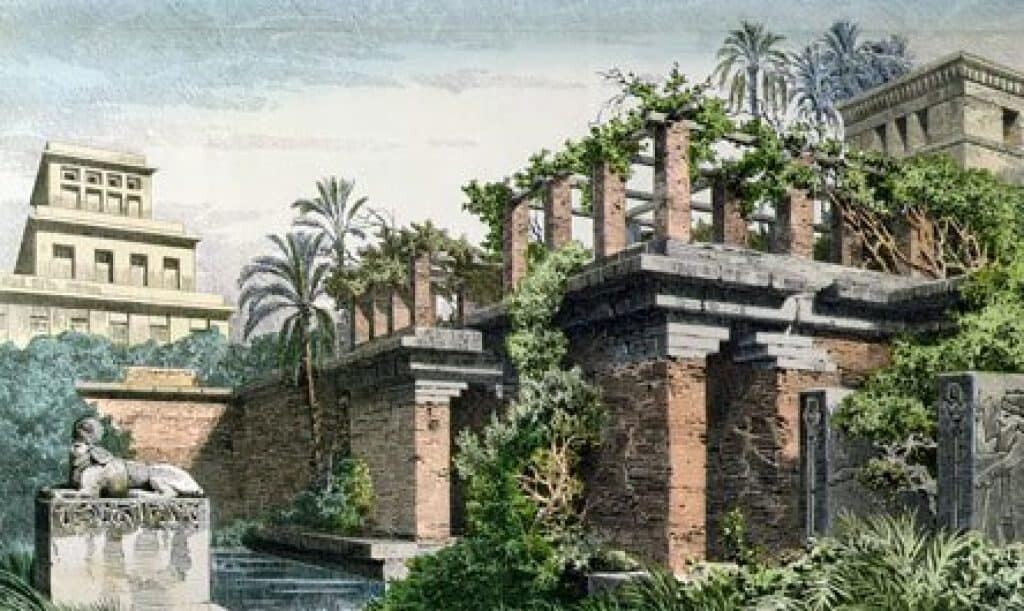 Legendary Market of Spices and Oils

Atlantis of the Sands (a modern nickname of the fabled city) is also referred to as Ubar by Bedouins (people of the desert) and as Iram in the Qur’an.  It is one of the most mysterious and intriguing legendary lost cities reputed to have once been a magnificent and prosperous trading post. The city may have been founded as early as 3000 BCE and may have perished between 300-100 CE. “Herodotus, Pliny the Elder, Strabo, and other ancient authors, though not specifically mentioning Ubar, gave brief accounts of cities in southern Arabia that marketed resins from frankincense and myrrh trees” (http://archive.archaeology.org/9705/abstracts/ubar.html).

It was perfectly located in southern Arabia between India and the Mediterranean directly on the trade route. Merchants used that route to transport fine spices and highly valuable resins and essential oils for sale. The climate was different at that time, the area was lusher and was referred to as “Arabia Felix” meaning “happy Arabia” or “fortunate Arabia.” 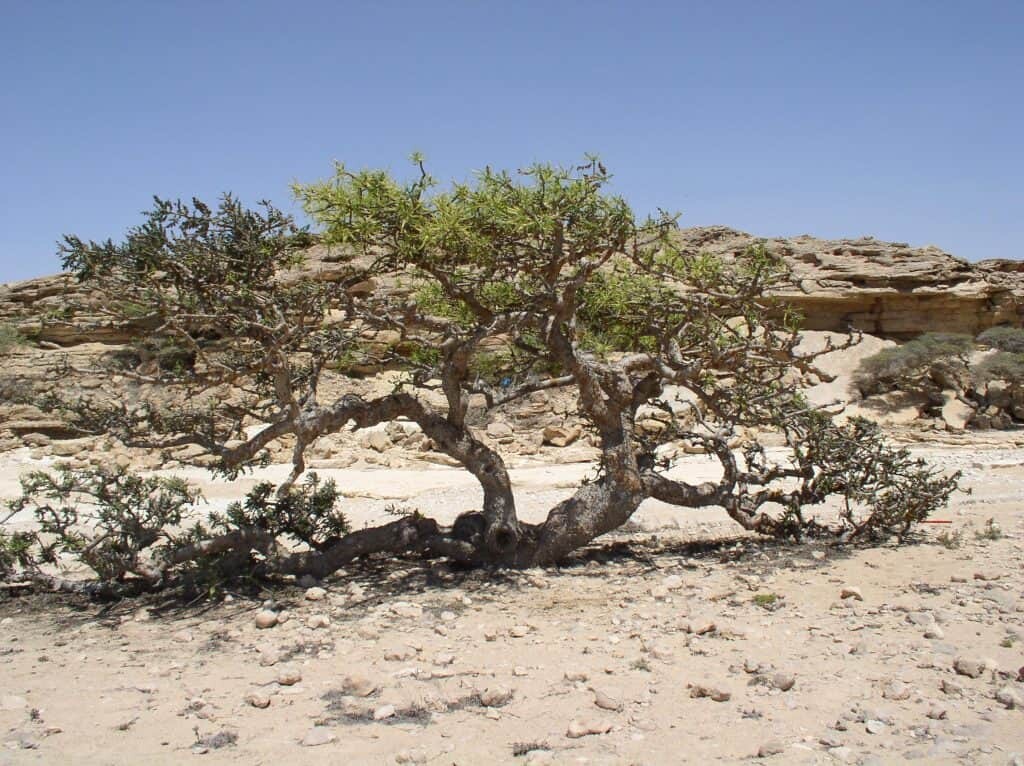 Arabia Felix was considered a fortunate area because the people had learned to farm the Boswellia trees that produce frankincense. Additionally, it had an abundance of water, dates, and red silver ore. The Atlantis of the Sands may have been a popular trading and stopping point, and thus, weary travelers could water their camels and stock up on goods and commodities. It has never been conclusively discovered, but this grand place may have been inspired by a real city that once existed. This theory has led to much research and many expeditions by explorers and archeologists who have attempted to find Ubar.

In Search of Ubar

Bertram Thomas was one such explorer of southern Arabia who had heard great tales about the lost city from his Bedouin guides on various expeditions. In 1930 he set out to locate Ubar. Thomas was told by his guides that it was dangerous to attempt a search for Ubar because it had met its destruction as a result of wickedness. Thomas persisted in his explorations anyway, but he died before having had a chance to find it. He left behind a book he wrote in 1932 called Arabia Felix. In his book, he described the people of the region and the place called Ubar. Thomas said that he had found traces of the lost city and well-worn tracks that had been used to get there.

Satellite Shows a Convergence of Tracks

Thomas’ book inspired Nicholas Clapp, and consequently, his research led him to a city mentioned in the Qur’an. That city, called Iram of the Pillars, sounded very similar to Ubar. In addition, he looked at old maps, primarily one drawn by Ptolemy in 200AD. Clapp also had satellite images taken by NASA that revealed camel tracks leading to a place called Shisr. Many people now call Shisr Ubar. They began excavations where the tracks converged on the satellite image, which led to an interesting find. The team discovered a well and nearby, a large octagonal fortress with tall towers and high walls. Unfortunately, a large part of the fort had collapsed into a sinkhole, therefore they were unable to excavate a significant area. It is unknown if this fortress may have been an outpost for a larger settlement.

Related: Where was the Land of Punt?

Among the members of the Clapp expedition was Ranulph Fiennes. He returned from the expedition to write the popular book regarding the Atlantis of the Sands and its legendary tales. Fiennes surmised in his book based on their discoveries that Ubar was a place identified as “Omanum Emporium” on ancient maps of southern Arabia. 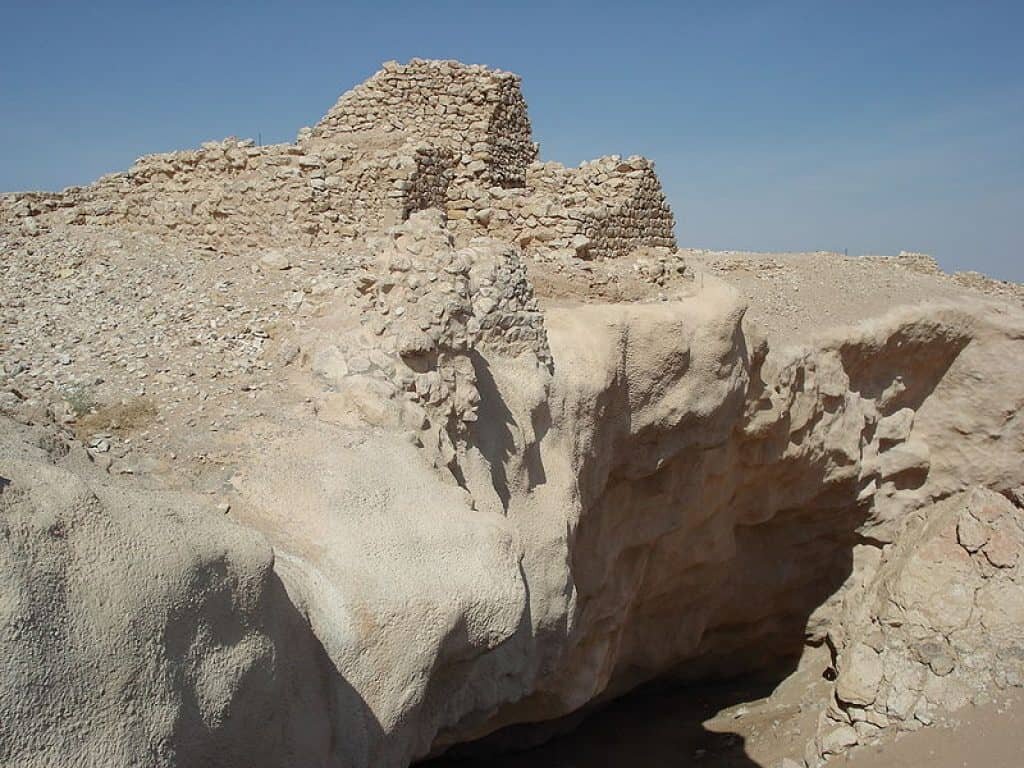 What Happened to the Atlantis of the Sands?

It is possible this amazing place existed only in the stories of Iram in the Qur’an and in the minds of the Bedouins, however, it seems more likely that the folktales are based on a real place that did exist in the once-prosperous region. This is possibly the legendary place, however, it doesn’t appear to be as grand as the legendary description. Interestingly, the story of Iram says it suffered a terrible sand storm for 7 days that covered the city. Therefore, perhaps the real location was buried in the sands along with its treasures and secrets. Or conceivably, a large sinkhole may have swallowed it, like parts of Shisr. Areas that have flowing water sometimes tend to have unstable ground, and therefore can swallow even large cities.

The Legend Lives On

In conclusion, the Atlantis of the Sands may never be found. The lack of definitive knowledge about its true existence and demise has served as legendary inspiration for many films and books. Meanwhile, controversies of archeological finds and traces of evidence of a once-bustling trade center perpetuate the search for answers.

Related: Santorini and Atlantis: Are They The Same?

In the end, it doesn’t matter whether it does or does not exist. The wonder of our imagination keeps alive our sense of adventure and thus, the discovery of amazing things. It could be that one day soon we will find the lost city. Or perhaps we already have.

The Sky Fortress Of Kuelap And Cliffside Mummies...