Home » History » Belmez Faces: Mystery of the People in the Floor
History

Belmez Faces: Mystery of the People in the Floor

When Belmez resident Maria Gomez Pereira noticed a stain forming on her kitchen floor one day in August 1971, little did she know that she would become the center of one of the most fascinating and best-documented cases of paranormal phenomenon in the whole of the 20th century – “the Belmez faces.” 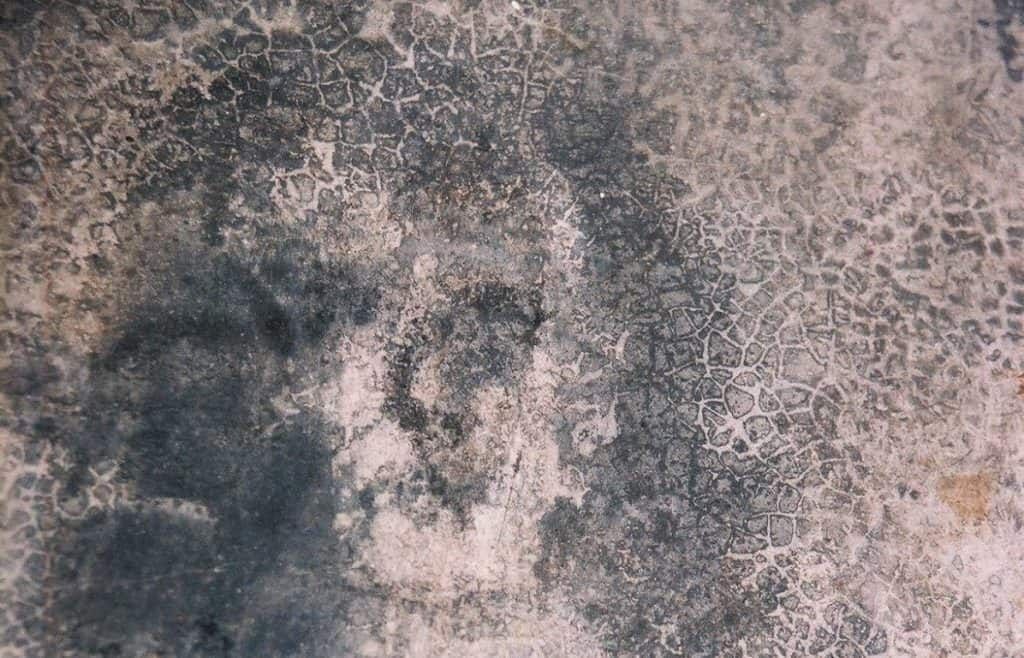 The Belmez faces appeared in the Andalusian home. Wikimedia Commons.

Without any apparent cause, the stain began to develop over a period of time and eventually molded itself into a face. While this face was forming, the stain was said to have moved position. Terrified by this, Pereira tried to remove it several times by scrubbing vigorously. All of her efforts proved futile, so she solicited the assistance of her husband (Juan) and son (Miguel). Juan’s solution was a much more final one than mere cleaning. Along with their son, he took a pick-ax to the whole floor and cemented a new one in its stead. For about a week, things looked as though they had returned to normal. Then the face reappeared.

Skeletons Under the Kitchen

The Pereira’s still wanted this image removed on a permanent basis. But local gossip had somehow begun and quickly spread among the populace of the small Spanish town. When the Mayor heard about the Belmez Face, as it had been dubbed, he took steps to ensure that the image was not destroyed. They carefully removed it instead for serious study. The family asked the local council for any help that they could avail.

When surveyors came to the property, the decision to excavate the kitchen was taken. At the time it was considered the best and only method to try and understand why the face was present. It didn’t take workmen very long to find a potential clue to the appearance of the Belmez faces. Buried almost ten feet beneath the kitchen floor were some skeletons. Some of these had no skulls.

Prior to all of these skeletons being re-interred in a Catholic cemetery, the Belmez faces were tested and dated to be about 700 years old. The hole that was left was filled in and a new floor was cast in concrete. If the local council and the Pereira’s thought that their fifteen minutes of fame was over, then they were all mistaken. A couple of weeks of obscurity passed until another face, a different one than before, appeared.

Comings and Goings of Belmez Faces

Things were different this time around though. Instead of a single face making an appearance and refusing to budge no matter what, multiple faces began to appear on the floor. One visage would display prominently on the cement floor, only to be replaced by another. Sometimes this regeneration would happen over the course of mere hours. Some of the Belmez faces put on display were those of women and children. If the council had done anything for the Pereira’s, it actually made things worse for them. 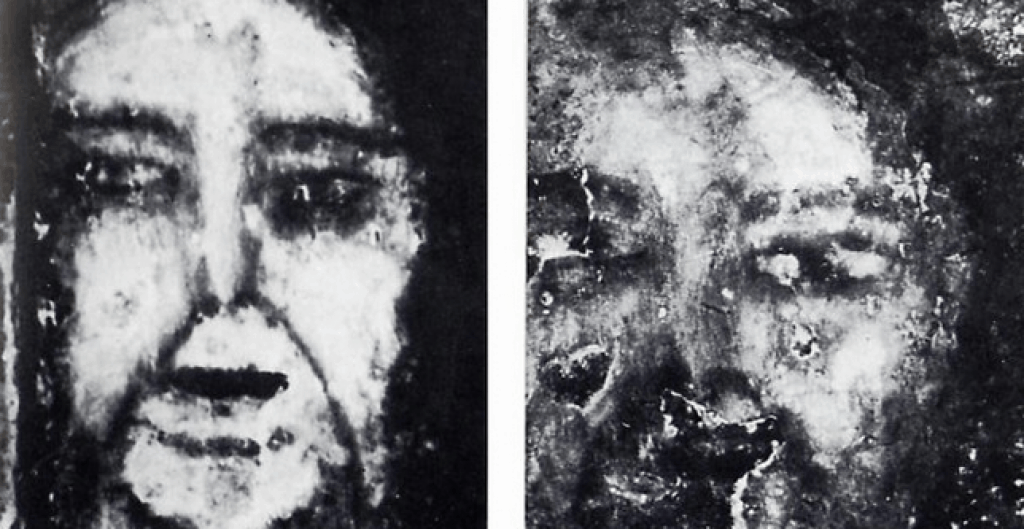 Word of this occurrence didn’t start and stop in the town this time. The reports went national and even international, going as far as Germany and their renowned paranormal investigator Dr. Hans Bender. It was Bender that cited this activity as the most important case of the century. From the very beginning, all the Pereiras wanted to do was to rid themselves of the apparitions that had taken over their lives and their town. Now they were forced to endure a new terror… the curious. Visitors flocked to the house. All the students, researchers, priests, police officers, journalists, and skeptics all wanted to see for themselves this unexplained phenomenon.

Researchers Investigate and Seal Off the Kitchen

A full-scale investigation was launched. Samples of the concrete used were sent to the Instituto de Ceramica y Vidrio (ICV) for study. The ICV could find no evidence of any pigment, dyes or paint used, which ruled out a hoax. The remainder of the floor was photographed in sections and covered with a jacket that was sealed at the edges. Finally, the door and windows were all sealed with wax.

A German television crew filmed all of these precautionary measures with local dignitaries in attendance as well. Satisfied that nobody could tamper with the scene without detection, they left the kitchen alone for three months. When they officially unsealed the kitchen, the Faces of Belmez had moved and evolved. 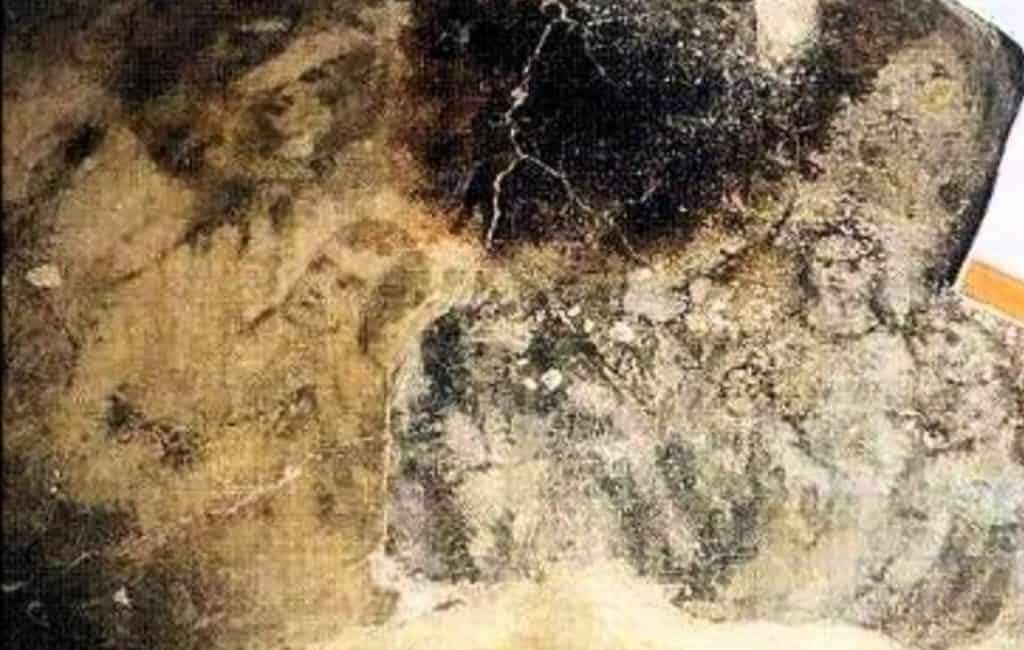 The unexplained mysteries happening at the Pereira home got the attention of investigators. Experiments designed to prove or disprove a hoax took place. Some tests were inconclusive, while others indicated that there were no paint substances on the concrete floor. Other suggestions for possible causes of all this were being considered. One of the prime candidates was a process known as Thoughtography. This is a psychokinetic ability that allows a person to project an image onto a surface either deliberately or accidentally. For this to be the case, then the prime suspect would be Maria Pereira.

Studies of the faces by academics did make notes that many of the expressions were identical to those of Maria at the time the faces would appear. Another clue used against her was the fact that the faces tended to appear while Maria was present. When she was away from the house, the activity would abate. A counter-argument to this proposal happened on the morning of 3 February 2004. Maria Pereira sadly passed away. But, the faces continued to appear on the bare stone floor of her kitchen.

And although there are many skeptics, others believe that the phenomenon continues to the present day.

Jim Jones and his Jonestown Cult