It was 22 February 1968 that local nurse Patricia Docker planned a night out at a local club called The Majestic Ballroom. Sometime during this evening, she either changed her mind or became persuaded to move onto another club closer to downtown. This venue was a much more prominent one for the clubbers of Glasgow of the swinging sixties. The Barrowland Ballroom was hosting an over-25’s-night that tended to attract partygoers from all over the city. One of those was a sexual predator who was only there for one reason. The following morning, a man en route to work found the murdered young woman just behind Carmichael Place, mere yards from where Docker lived with her parents. She was raped and strangled.

Following the discovery, the investigation began. However, it took detectives several days to establish that the victim had ended up at the Barrowland Ballroom. If police made this breakthrough earlier, perhaps the investigation might have yielded better results.

Upon discovery of the body, Docker’s bag and clothes were absent from the scene. The detectives assigned to follow up on the missing items worked for several months trying to discover their whereabouts. Neither ever turned up.

For the next 18 months or so, police continued to work on their investigation.

On 15 August 1969, their worst fears became reality. Another woman, 32-year-old mother of three Jemima McDonald disappeared after a night out at the Barrowland Ballroom. 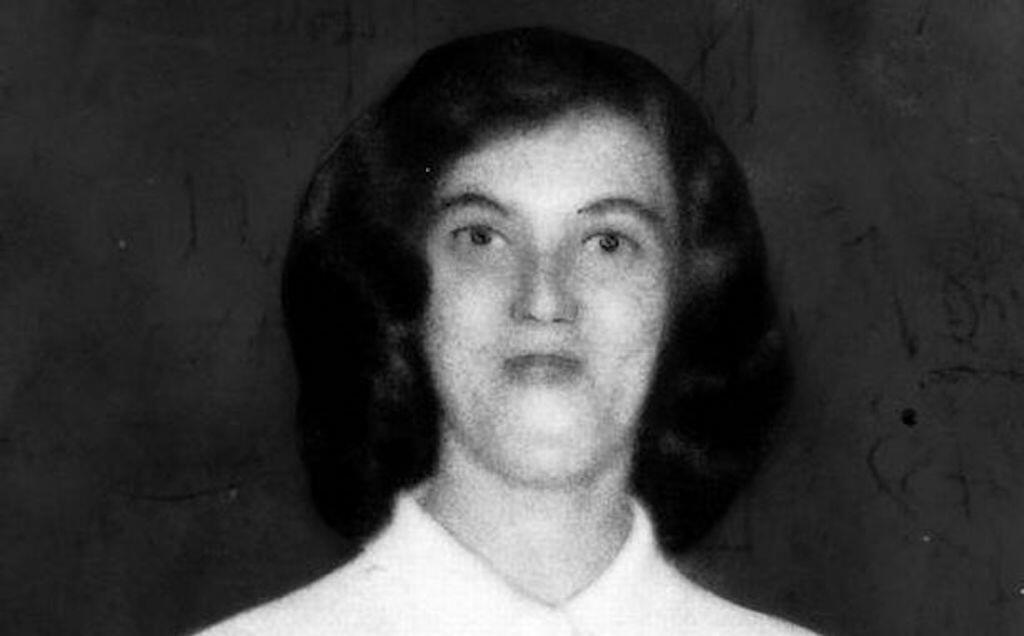 The following morning, rumors reached Jemima’s sister Margaret, regarding children mentioning something about ‘the body there‘ at an old building in MacKeith Street. The following Monday, two days after rumors began and three after Jemima was last seen in the company of a red-haired young man, Margaret became concerned enough to look for her sister.

Margaret headed for the building at the heart of the rumors and discovered her sister’s body. Like Docker the previous year, McDonald was raped and strangled. Unlike Docker, McDonald was fully clothed and was badly beaten by her killer.

Door to door inquiries found a possible witness to the murder, a local woman who remembered hearing screams coming from the same building. The police could not establish the time of these screams. Eventually, the police realized they couldn’t do much with the little information they had. They wound down the investigation.

On Halloween 1969, a third victim, 29 years old Helen Puttock, was found on Earl Street. Like the previous victims, she had spent time inside the Barrowland Ballroom.

Perhaps due to the reputation that the Barrowland may or may not have got over the previous months, Helen was not alone during her visit. Her sister, Jean, went with her. Both met men there who identified themselves as John. One said he came from a place called Castlemilk. The other never identified where he came from. 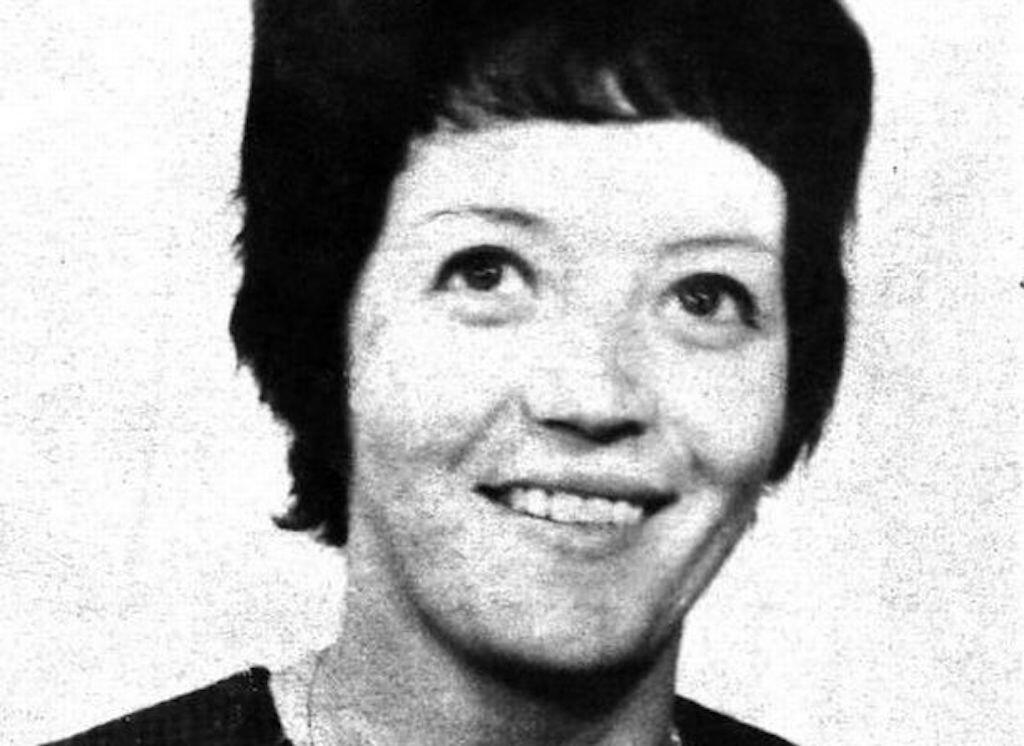 For over an hour, the four enjoyed each other’s company. When it was time to leave, Castlemilk John headed for George Square and a bus home, while the other three shared a taxi. The taxi ride proved crucial in the investigation. That ride provided what little information is available about the man.

John was well-spoken and quoted many passages from the Bible. The media of the time ran with this and nicknamed their serial killer Bible John.

The taxi dropped Jean off at Knightswood before carrying on towards Earl Street. Helen was found the following morning. Her death was the same as the others but had some differences as well. The contents of her bag were scattered around her body but the bag itself was missing and remains so to this day. There were signs of a struggle and Helen had suffered at least one bite from her attacker.

Bible John remains one of Scotland’s most notorious unsolved serial killers. Plenty of names have been proposed as John’s identity. One of the latest, and quite possibly the most logical, is Peter Tobin. 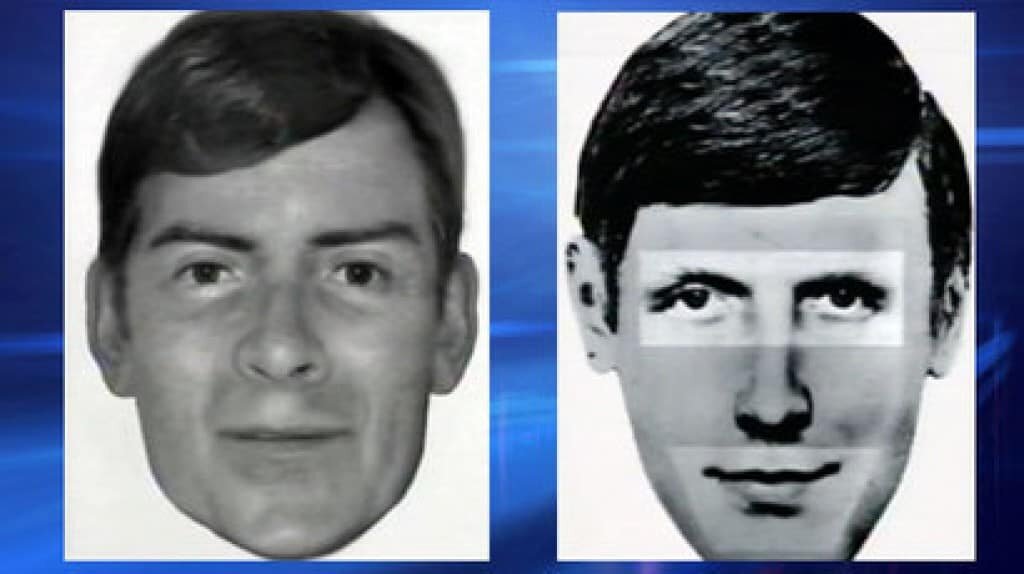 In 2006, the mutilated body of Polish student Angelika Khik was discovered beneath the floor of a Glasgow church. Tobin was convicted of the murder and, as time went on, several other murders as well. Tobin spent time with Catholic priests and knew the Bible inside and out.

His photograph and modus operandi were of significant interest to Joe Jackson, one of the original investigators of the Bible John case. Tobin spent time at the Barrowland, and met his future spouse there. The marriage didn’t last very long owing to Tobin’s volatile temper and frequent violence.

An image of the elder Tobin is a close match to the identikit of Bible John, but an image of a more youthful Tobin has some convinced that John has been positively identified. The similarities, they say, are uncanny.

For instance, Tobin relocated to Brighton soon after Helen’s murder. The Bible John killings stopped and the case went cold.  While living in Brighton, Tobin was incarcerated for a string of burglaries.

Some police officers dispute this though. Because of the similarities of John’s victims, the consensus is that one killer is responsible. But there were differences to all three victims as well. This could have been a deliberate ploy on the part of the perpetrator, but serial killers often find a method and stick to it. Some say Tobin’s religious links are nothing more than mere coincidence.

Another candidate for the Bible John killer is actually a former police officer of the time who retired. Although author and former policeman Paul Harrison couldn’t name his culprit publicly, he did reveal that the suspect is still alive during an interview in 2013.

Harrison suggests in his book Dancing With the Devil that Jean McLachlan, Helen’s sister, believed the man they shared the taxi with was a police officer. He allegedly showed them a warrant card inside the Barrowland.

The other man calling himself John is also believed to be a police officer working on an undercover basis. Before her own death in 2010, Jean claimed to have seen John often when she visited Marine Police Station to consider suspects.

Bouncers at the Barrowland have independently confirmed Jean’s suspicions when a fight broke out involving a well-dressed man. This man produced a warrant card and issued warnings to ‘back off’.