There are many wedding rituals around the world – some more unusual than others.

A wedding can be a truly magical experience for two people as they make a lifelong commitment to loving each other. Many people celebrate this love by singing and dancing the night away, eating cake, and indulging in all sorts of merrymaking. But sometimes a wedding can be just as bizarre as it is enchanting. Katie from Orla James has been researching the subject and discovered some of the weirdest wedding rituals around the world. 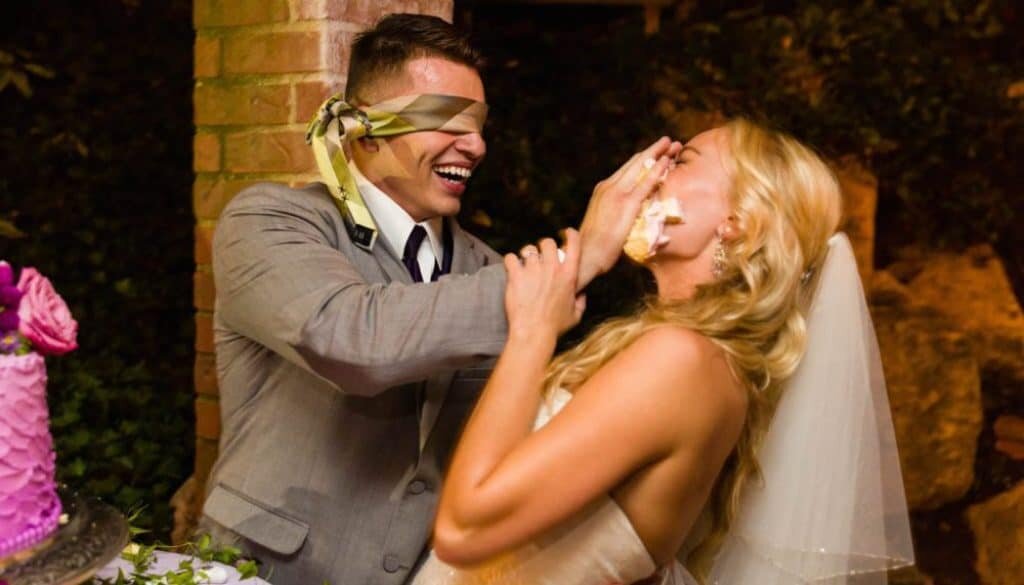 One strange wedding ritual around the world is cake smashing between the bride and groom. Source: http://davd.photo/

Blackening of the Bride – Scotland

This interesting wedding ritual comes all the way from the rural areas of Scotland. If you ever thought that the most distinguishing thing about the Scots were their kilts and bagpipes, you’ve got another thing coming. As part of the bride-hazing ritual, a few days before the wedding, friends, and family “capture” her and douse her with all sorts of rubbish. This rubbish could be anything from rotten eggs to stinking curds, tar, chewed tobacco, basically the worst things they can get their hands on. Talk about getting a free hair treatment, manicure, and facial all together! But this historical tradition is not reserved just for ladies. Guys often get blackened too!

The ritual is supposed to prepare the bride and groom for the worst kind of “rubbish” they will surely have to face once they’re married. 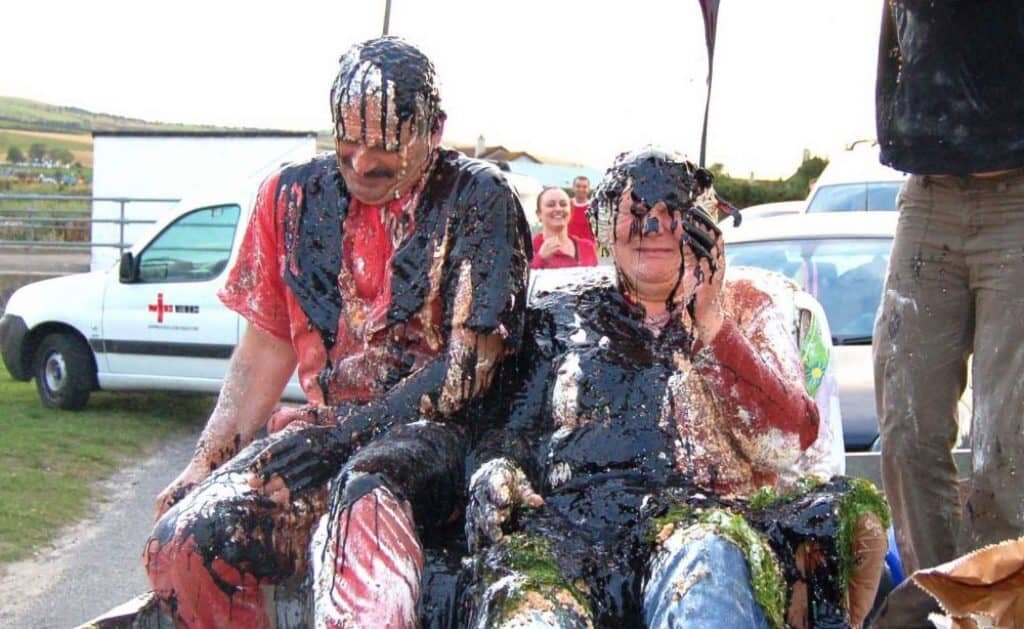 A couple is hazed in the traditional way with a variety of “dirtying” substances. Source: Emlii.com

Kiss the Bride (and Groom) – Sweden

On the surface, you might think that there is nothing wrong with the bride and groom kissing on the wedding day. But in Sweden, it may not be with each other! The ritual is that if the bride or groom leaves each other’s side at any time during the ceremony, any unmarried guest may step in and kiss them. This could be a light peck on the cheek or a full-blown kiss on the lips. It depends on what the guest goes for. The bride and groom can’t get offended by any of it and have to take it on the cheek… or lips. 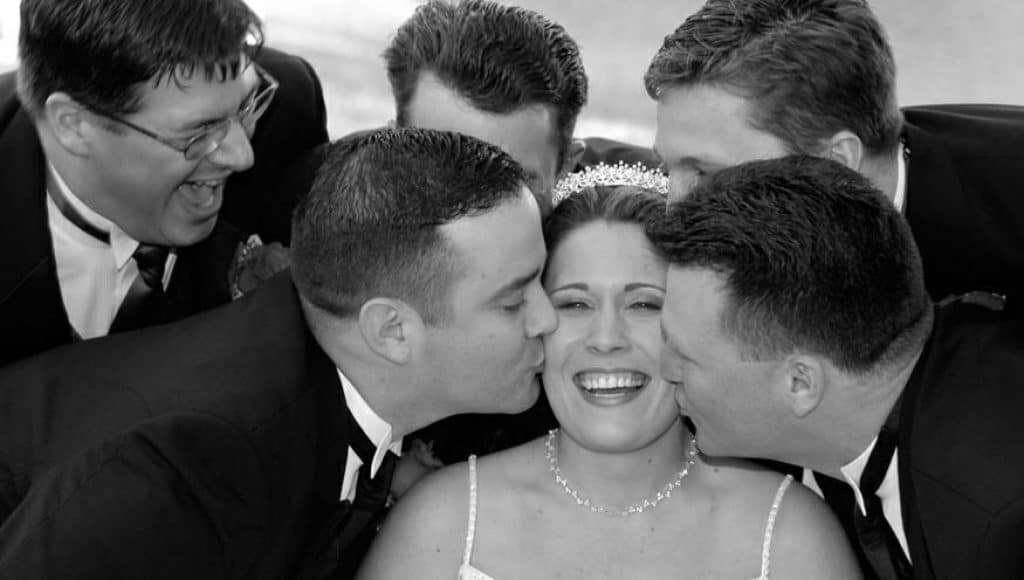 Two groomsmen kissing the bride in the absence of the groom. Source: eventective.com

Ever see a newly married groom at his wedding sitting barefoot, with feet tied up and being beaten on those feet? In South Korea, guests actually do this to the groom right after the wedding ceremony. The beating is not serious but it is a spectacle for sure. Guests use a dried yellow corvina, a type of fish, to do the beating. Or if they can’t find that, they may also use rope or sticks.

The bizarre and fun ritual is meant to check the groom’s strength and intelligence before his first wedding night. And we all know how important feet are for that. 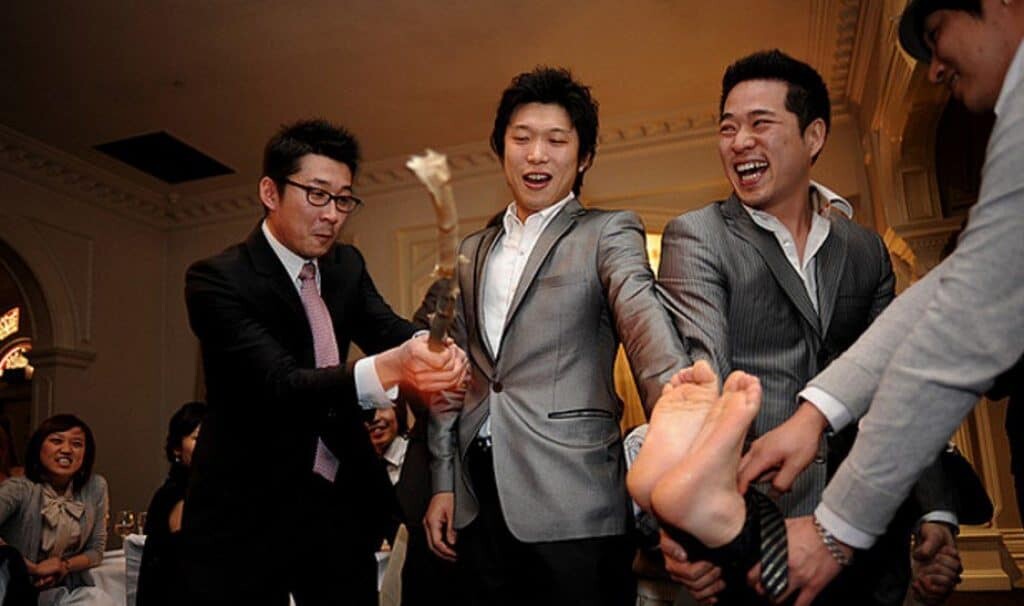 Friends of the groom having fun giving him a good foot beating. Source: Kerupuk.id

Related: Five Rites of Passage from Around the World

Each side takes turns dishing out the nastiest, meanest insults they can muster. While it may sound like a real fight to outsiders since the insults can be incredibly hard-hitting and hurtful, the ritual is supposedly only for fun. 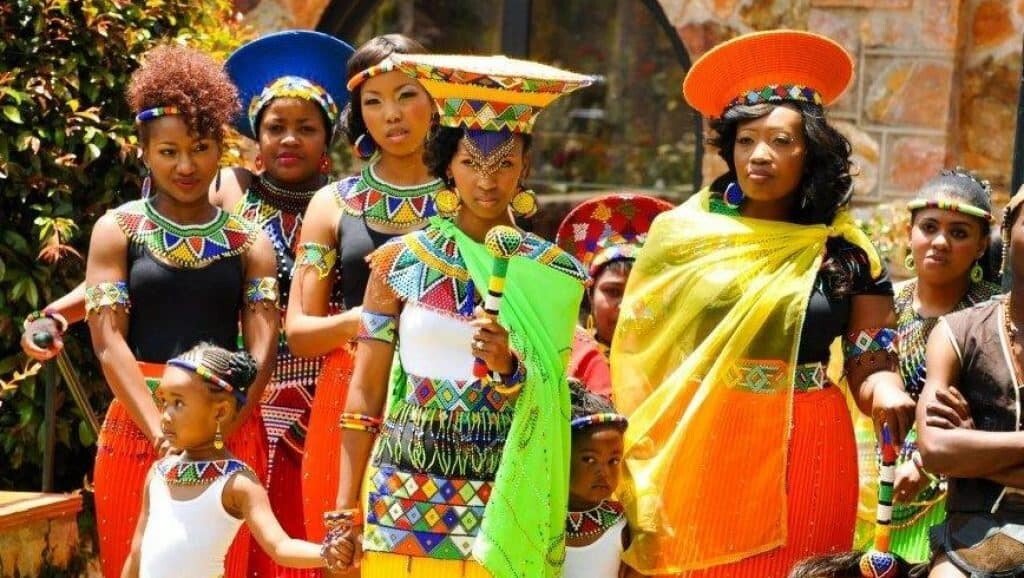 Brides all across the world often cry at weddings. Maybe it’s because they are about to move in with a man, or because they are leaving the protection of their parents. Whatever the case may be, crying by the bride is not something that is unexpected or bizarre in any way.

In China, the Tujia people take this crying a little too seriously and this is when it gets bizarre. A bride is expected to give a crying performance at her wedding. She begins training a month before the actual wedding, crying for an hour on the first day and increasing the time gradually. As the wedding gets closer, her mother, sisters, and relatives join in. On the wedding day, the bride is judged for her performance by the guests. The more beautiful they deem the crying to be, the better her married life will be. 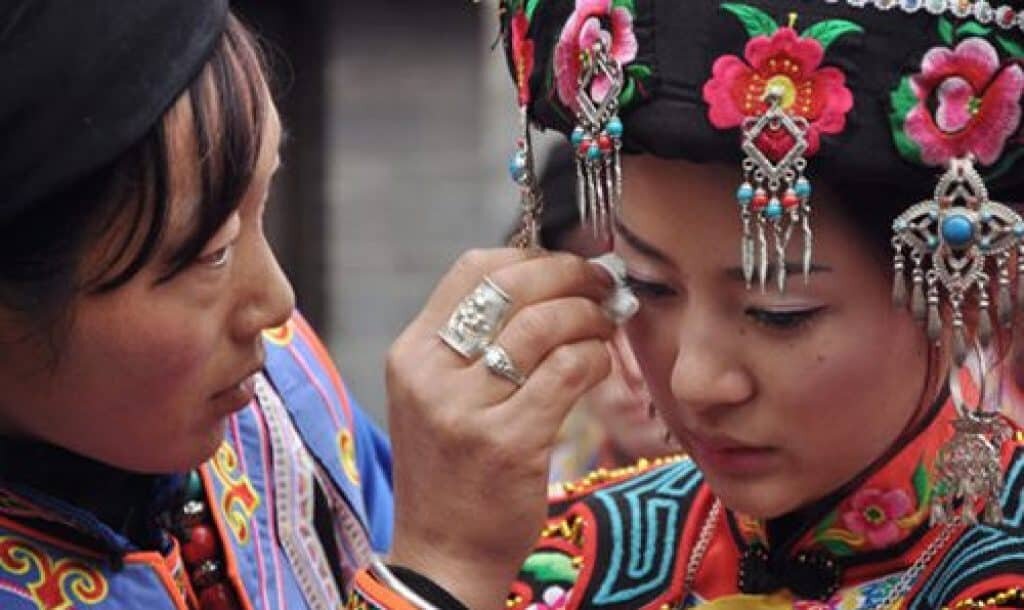 We are not one of those who would ever judge someone’s beauty according to society’s standards. People perceive beauty in different ways, and in Mauritania, big is beautiful. But where it gets bizarre is when women go to disturbing lengths to get fat so that they may become desirable to men.

Women in Mauritania gain weight just so that they can get married. The controversial ritual is called Leblouh, in which women are forced to eat humongous amounts of food. Apparently, Mauritanian men like big women, so women are forced or force themselves to become fat. The ritual had disappeared for a while but has gained popularity again recently.

Who Were The Three Wise Kings and Was...

Katie's favourite things to do are finding the weird and wonderful things that happen in the world. She loves to go walking, horse riding, and practicing yoga.