Of all the most disquieting demons and eerie entities known to plague humankind, the Black Shuck seems to be the most gut-clenching. The enormous brute very casually broke the rules of demonology as it barged into the St. Mary’s church in Bungay on a stormy night in the 16th century. It charged the worshippers and littered the holy grounds with bloody cadavers mutilated by its demonic teeth and claws. 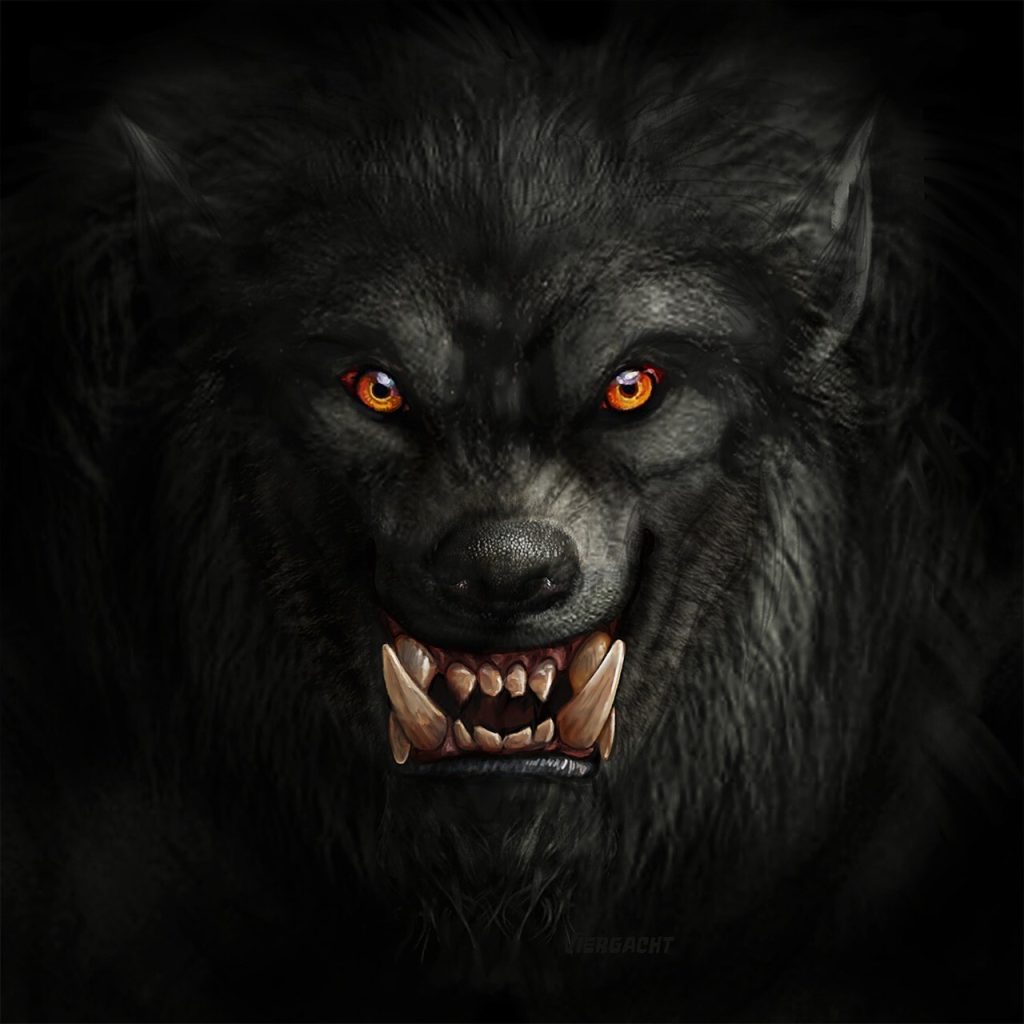 The story says that on 4 August 1577, Black Shuck attacked the congregation of two churches 12 miles apart from each other. Image: Public Domain.

There are many folklore stories pertaining to ghostly black dogs of Britain. However, Black Shuck is specific to East Anglia, where it roams the forest and countryside. The most well-known story surrounding this demonic creature is the 04 August 1577 attack on two church congregations at Bungay and Blythburgh in Suffolk. 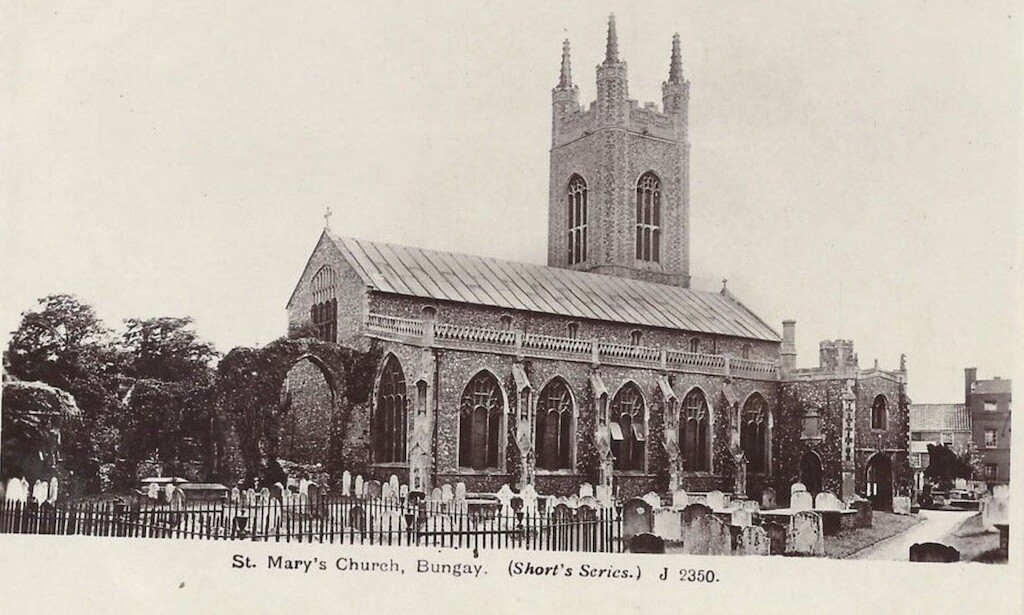 An old postcard of St. Mary’s Church, Bungay.  Did Black Shuck attack members of this church in 1577?

On Sunday, 4 August 1577, a terrible thunderstorm broke out in the town of Bungay. The storm was described as “darkness, rain, hail, thunder, and lightning as was never seen the like.”

The weakly thatched cottages of the helpless townsfolk were fiercely being swiped away its rage. The townfolk hoped for a miracle to save them. They knelt at St. Mary’s Church, the religious heart of the town, and prayed for help.

Werewolf Legends Around the World

As the people prayed, lightning struck the church. In that same instant, a gigantic black dog appeared before the entrance showing its bloodthirsty fangs. What happened afterward is described by the following olden verse:

All down the church in midst of fire, the hellish monster flew

And, passing onward to the quire, he many people slew

Black Shuck dashed in, tearing off people’s throats and strangling worshippers with its front paws. Heat radiating from its foul physique instantaneously vaporized anyone nearby. Then after satisfying its appetite with the horrified screams of the masses, the dog suddenly disappeared, reappearing 12 miles away at the Holy Trinity Church at Blythburgh. There, it resumed its brutal activities, ripping the lives out of innocent victims.

What Are The Facts? 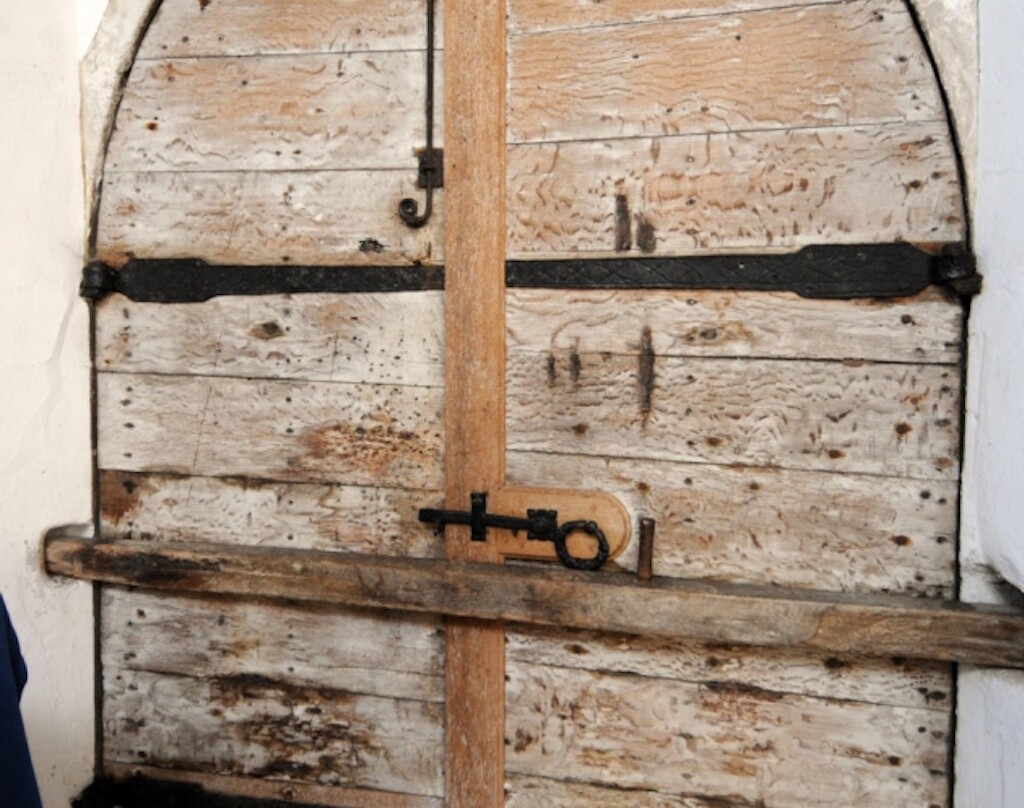 Records of the St. Mary’s Church report a huge thunderstorm did break out on that date. Additionally, two people were found killed at the belfry. However, there is no elaboration as to the circumstances and cause of their death.

According to some people, the north entrance door to the Holy Trinity Church at Blythburgh Church shows several scratch marks allegedly made by the claws of Black Shuck.

Sightings of Black Shuck occur at historic cemeteries, ancient pathways, lonely forests, and old waterbodies of England. It has also appeared at traditional festivities and rituals. Its size is said to be that of a calf or a horse. The beast has blood-red eyes, glistening teeth, and shaggy black fur. Sometimes it is known to guard cemetery corpses and antiquated areas whereas sometimes it is seen as an omen of death, foretelling the immediate death of the seer. Rarely, it also appears as a benevolent spirit guide and defender of the weak. 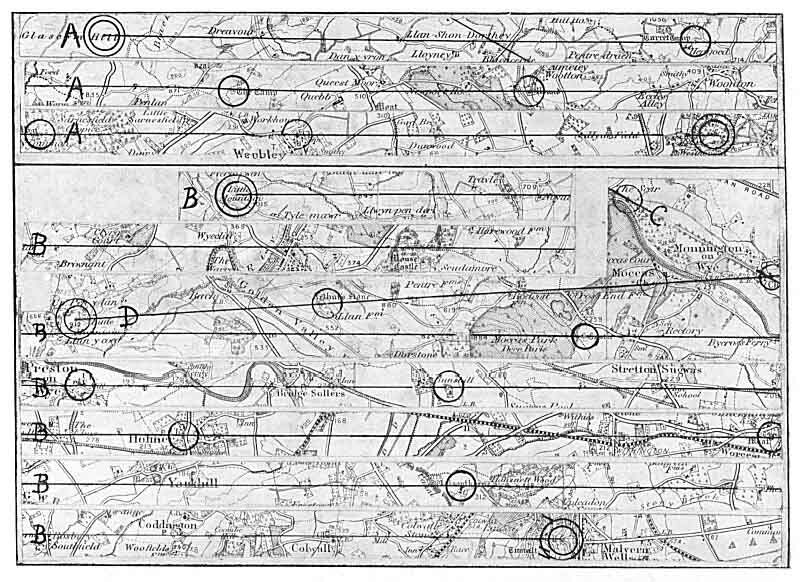 Some believe the Black Shuck is drawn to ley lines. These lines allegedly mark the path followed by electromagnetic energy. Spirits, demonic or otherwise feed off this energy. Therefore, any dwelling built on these ley lines is likely to experience their presence.

Related: The Hound of Mons

If we are to assume that the town of Bungay sits on one of these ley lines, then there should be similar accounts at ley line locations elsewhere. However, there are no other records of similar accounts.

The most probable theory is lightning caused the damage at St. Mary’s Church. The same lightning strike killed the man and boy at the St. Mary’s belfry. The same lightning storm could have caused the scorched markings on the Holy Trinity Church of Blythburgh. The storm lay in the path of both churches and the events occurred on the same day. Somehow this unfortunate coincidence became a part of the legend. However, all Black Shuck accounts can’t be denied. A chance remains that the legend of Black Shuck is born from some obscure truth.