The Hound of Mons

The bitterly cold days of WW1. Bloody conflicts and political tensions raging throughout the entire world. Soldiers separated from families and forced to serve at the nation’s borders to satisfy some political greed veiled under nationalism. It’s during times like these that legends were common. Some men dreamt of angels hovering down the skies to save mankind. While others fetched tall tales of cannibalistic ghouls and ruthless demons being employed by countries to crush their opponents. But amidst the clouds of false legends and rumors, one spine-chilling tale surrounding the little town of Mons has quite some factual base. The tale is about the legendary Hound of Mons. 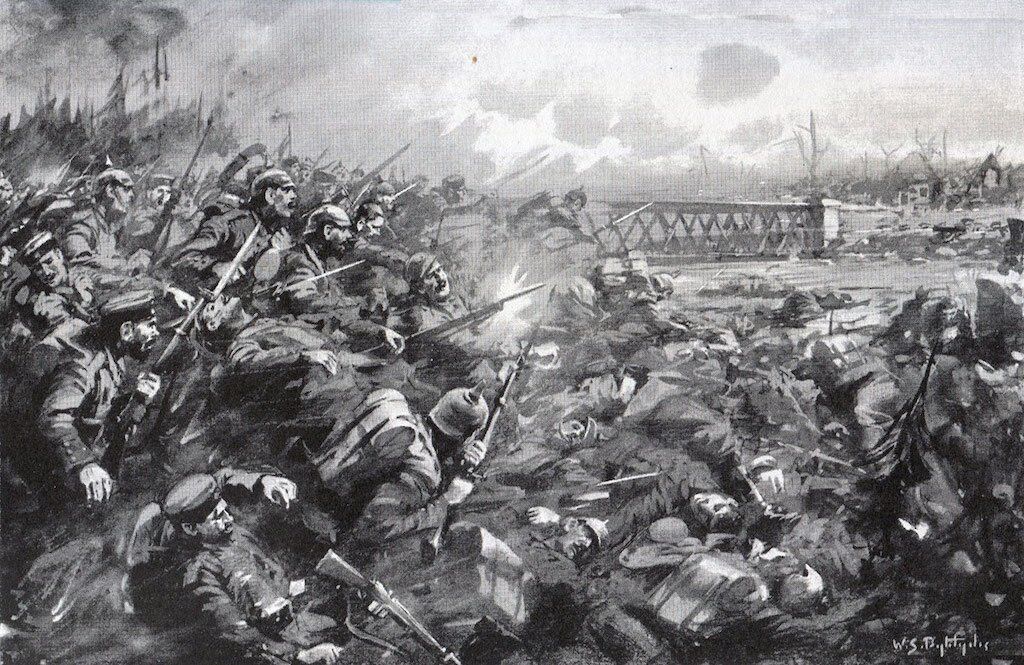 German attack at the Battle of Mons. Image by W.S. Bagdatopoulos

During the first monumental turn of the WW1, heavily outnumbered British troops set out to corner German soldiers at the Battle of Mons during 22-23 August 1914. A tedious fight followed. Although the Germans were thrown back, British soldiers sustained fatal wounds. In this difficult turn of events, everyone was looking for a ray of hope – a miracle. On 24th April 1915, the British Spiritualist magazine produced a column detailing the strange events that took place during the Battle of Mons, when several angels descended from the heavens, bows in their hands, to defend the British army.

Related: The Hellhound of Bungay

Many more claims surfaced, with varying details. The story became such an inspiration to the masses, that any claims of it being false were taken as treason. The leaders seemed to be deliberately spreading the legend as they delivered sermons, to inspire the wearied soldiers. However, there was another tale, much more fearsome and sinister, that had developed in this little town.

A fascinating chronicle was published in 1919 by Canadian veteran F. J. Newhouse, describing the story of the gigantic otherworldly hound that mauled over British soldiers in No Man’s Land. The publishing claimed that this hound wasn’t your typical Hellhound or phantom, but the intentional creation of a horrific German experiment. 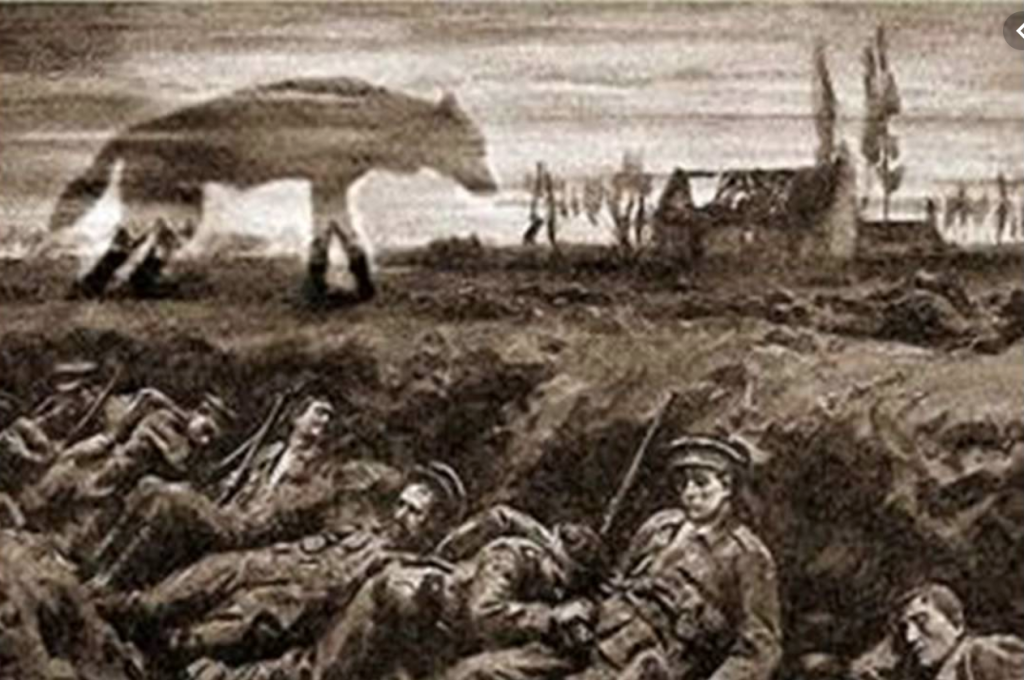 Hound of mons: Image by Warriors Of Myth Wiki

According to Newhouse, Dr. Gottlieb Hochmuller had been performing an array of experiments to develop a powerful weapon to sway the war in Germany’s favor. He roamed from one asylum to another and finally found a man who had gone mad in his hatred for England. He then extracted the brain out of the madman with the consent of the German Government and inserted it into the skull of a Siberian wolfhound. While the madman died, the dog, with tender nursing, grew powerful and notorious. Once ready, it was set free to hunt down British soldiers on the battlefield of Mons. But is there any truth in this unbelievable legend? Perhaps yes.

The days of nightmare began on November 14, 1914, when Captain Yeskes and four associates from the London Fusiliers went to patrol the No Man’s Land. They never returned. After many days their cadavers were recovered, with teeth marks on their throats. Nights later a petrifying howl was heard from the darkness. From then on, more and more soldiers would die in the No Man’s Land. They each had the same canine imprints on their throats. Every now and then, a howl was heard, and sentries dreadingly noticed a big gray brute tread the grounds of the No Man’s Land. Days after, the hound disappeared, never to be seen again.

At that time, civilians were suspicious of the story. After all, this seems to be something right out of an Edgar Allan Poe horror fiction! Newhouse claimed that certain secret ‘papers’ had been released from Hochmuller’s house, which proved the legend. Unfortunately, the papers were never again heard of. For now, the Hound of Mons has to just take its position amongst the many myths and fictions of old battlefields.