Edgar Allan Poe is one of the finest authors America has produced. He founded the idea of a “who done it” mystery, and he wrote numerous tales and poems that people across the world still read and love today. His contribution to literature was significant, and he acquired some degree of fame during his life. However, when the writer succumbed to an unusual demise in 1849, he left us with one last story to ponder. But after 170 years, the strange conclusion to the story of his life remains open-ended. Ironically, the perplexing details of Edgar Allan Poe’s death leave us with a mystery worthy of one of his best novels. 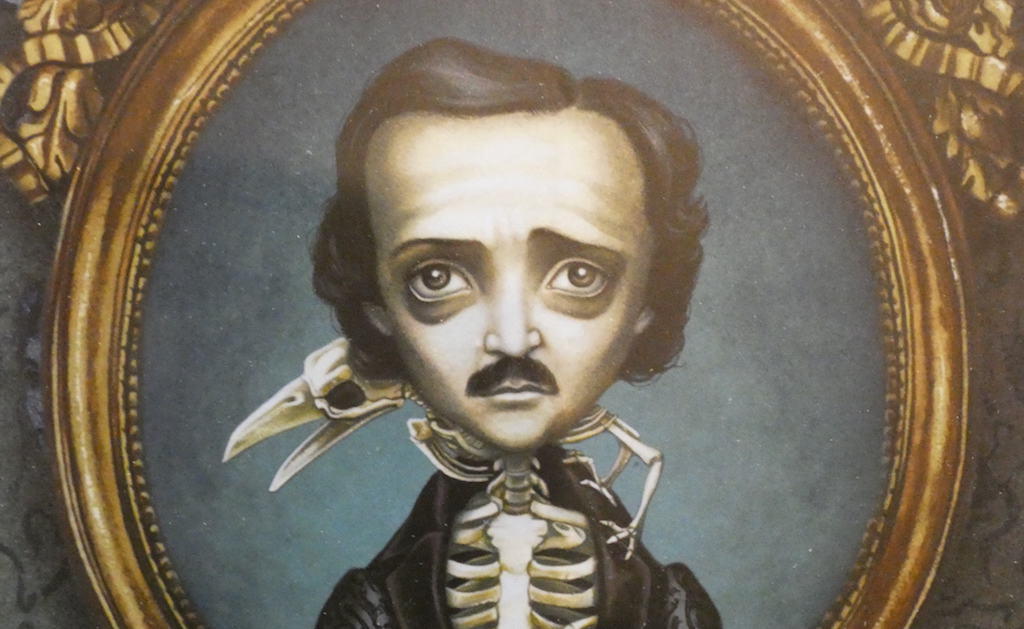 A New Chapter in Poe’s Life

Edgar Allan Poe left Richmond, Virginia, on September 27, 1849. He had been on a three-month lecture tour to a few cities in order to raise funds and promote the new magazine he planned to start up. From Virginia, he intended to travel back to New York via Baltimore and then Philadelphia, where he would edit a collection of Mrs. St. Leon Loud’s poems. Once he reached New York, he would gather up his aunt, who lived with Poe, and the two of them would move to Richmond to be with Poe’s new fiancee.

His first stop was in Baltimore where he arrived on the 28th of September. In Baltimore, we encounter one of the first mysteries of the episode. Soon after arriving, he checked some luggage at a hotel, the Swan Tavern. Perhaps this stop was merely an extension of his lecture tour, but for some reason, he hadn’t mentioned it to anyone. If he was leaving on a Philadelphia train soon after he arrived in Baltimore (i.e. was not spending the night or any significant amount of time there), why did he check luggage there? Was there something in Baltimore that caused him to change his plans? Alternatively, Baltimore may have been in his plans from the start but for some reason, he felt that he needed to keep that a secret.

After arriving in Baltimore, Poe disappeared for five days from September 28 to October 3. That period of Poe’s life is a blank. We have no idea where he was or what he did. On the 3rd, a local printer by the name of Joseph Walker found Poe. The writer was either inside Ryan’s 4th Ward Polling tavern (both a bar and polling place), also called Gunner’s Hall, or just outside the bar room on the street. On that day, elections were taking place inside the hall. Poe was fairly incoherent but managed to tell the printer his name and asked him to call his acquaintance living in the city.

There is a gentleman, rather the worse for wear, at Ryan’s 4th ward polls, who goes under the cognomen of Edgar A. Poe, and who appears in great distress, & he says he is acquainted with you, and I assure you, he is in need of immediate assistance,

Yours, in haste, Jos. W. Walker

Dr. Snodgrass called Poe’s uncle, Henry Herring, who also lived in Baltimore, and the two of them went to collect the delirious poet. “When Dr. Snodgrass arrived, he was shocked at Poe’s appearance: ‘His face was haggard, not to say bloated, and unwashed, his hair unkempt, and his whole physique repulsive. His expansive forehead … and that full-orbed and mellow, yet soulful eye, for which he was so noticeable when himself, now lusterless and vacant. (J.E. Snodgrass, The Facts of Poe’s Death and Burial, page 284.)'” (Bos).

Snodgrass and Herring took Poe to Washington College Hospital probably around 5 p.m., where he fell in and out of consciousness. Dr. John Joseph Moran was the attending physician on duty and continued to treat and monitor Poe until his death. Unfortunately, the doctor did not allow family or friends to visit Poe in his excitable state, and, thus, the poet died alone on October 7th.

Dr. Moran indicated that in Poe’s final days he repeatedly called out for someone named Reynolds. The identity of Reynolds has never been determined, although several possibilities have been put forth. If Poe was so delirious that he was confusing reality with fiction, he may have been referring to Jeremiah Reynolds, who was the probable inspiration for a character in Poe’s novel, “The Narrative of Arthur Gordon Pym of Nantucket.”

Another line of thought involves Henry R. Reynolds who was a Baltimore carpenter. More importantly, he was the election judge in the 4th Ward votings polls at the exact location where Joseph Walker found Poe. Others believe that Poe was not saying “Reynolds” at all but was calling for his Baltimore relative, Henry Herring. In his faltering state, Poe may not have been able to say the man’s name clearly.

Ultimately, the conjecture has led nowhere, and the mystery of “Reynolds” continues.

The Mysterious Murder of Charlotte Dymond

In 1875, 26 years after the death of Edgar Allan Poe, Dr. Moran wrote an article for the New York Herald called “Official Memoranda of the Death of Edgar A. Poe.” In it, he claimed that Poe’s last words were, “The arched heavens encompass me, and God has his decree legibly written upon the frontlets of every created human being, and demons incarnate, their goal will be the seething waves of blank despair.” Many people doubt Moran’s credibility, as there are countless inconsistencies in that article. Also, Poe was supposedly barely lucid.

At Poe’s funeral the next day, the crowd was sparse. There were members of the Herring family, and a cousin of Poe’s late wife, Virginia, led the services. He was buried at Baltimore’s Westminster Hall and Burying Ground. In October of 1875, Poe was reburied in a more prominent spot with a monument over his grave.

Who is the Mysterious Poe Toaster?

Cooping and Swelling the Vote

The few details about Edgar Allan Poe’s death have left more questions than answers. Many people speculate that he was a victim of cooping. Baltimore was known as “Mobtown” because of the murders and intimidation tactics various gangs would use during election time. “For days before an election . . . ‘honest gentlemen as well as unfortunate wretches,’ many of them immigrants, would be abducted by the gangs and transported to cellars or sheds—’coops’—where they would be held under conditions described by one victim as ‘disgusting and horrible in the extreme.’ Sometimes forced to drink large quantities of whiskey, the hapless captives were invariably robbed and beaten before being transported to the polls in small groups to vote, and vote again” (Ford).

A depiction of corrupt politicians trying to swell the votes through coercion in the 1800s. Library of Congress.

Captors may have changed the clothes of their victims so that election officials were less likely to detect the same man voting more than once. This may be how Poe met his end. Although a Baltimore journalist wrote the following day that the elections “passed off quite harmoniously, and we heard of no disturbances at the polls or elsewhere – the police docket has indicated a dull business,” the local gangs held immense power in the city and, naturally, few people spoke out against the mob.

Carol Bos indicates in The Raven – Cooping and the Final Mystery, that cooping did, in fact, occur that year. Local newspapers had mentioned that especially in the 4th Ward, there would be heavy swelling of the votes. The gangs “swelled” the votes by cooping.

Was the Writer Physically Assaulted?

Others believe Poe may have been physically beaten by street ruffians or even brothers of Poe’s fiancée. They may not have wanted their sister to become involved with an alcoholic pauper. This theory does not, however, explain the disappearance of Poe’s own clothes.

It was well-known that Poe had a problem with alcohol. Very little of it got him roaring drunk. Despite his recent pledge to swear off liquor, it is possible that Poe may have taken to drinking again. Some people wonder if he could have swapped his formal clothes for money and second-hand clothing. Recent experiments on samples of Poe’s hair indicate, however, that he probably was not drinking alcohol at the time of his death. Additionally, Doctor Moran stated that Poe was not drunk when they admitted the ill man.

An overdose of drugs can most likely be ruled out. Thomas Dunn English, a politician and one-time member of the U.S. House of Representatives, knew Poe and stated that “Had Poe the opium habit when I knew him, I should both as a physician and a man of observation, have discovered it during his frequent visits to my rooms, my visits at his house, and our meetings elsewhere – I saw no signs of it and believe the charge to be a baseless slander.”

A fairly recent theory states that Poe may have had an aggressive brain tumor that caused hallucinations and the delirium that Poe showed during the last days of his life. Other scholars have posited medical causes of death such as influenza, suicide, hypoglycemia, diabetes, syphilis, epilepsy, and even rabies.

Edgar Allan Poe’s death is still shrouded in mystery. The last chapter of his life is as perplexing and gothic as many of his tales, and it appears that we will never have a satisfactory conclusion. Fortunately, in his death, his words live on.

Then–in my childhood, in the dawn
Of a most stormy life–was drawn
From every depth of good and ill
The mystery which binds me still