On September 23, 1935, in the Kingsbury Run area of Cleveland, Ohio, two male bodies were found in the bushes. Someone had beheaded and emasculated both of them. The police arrived and conducted a preliminary investigation during which they found both heads. One of the bodies bore additional evidence of chemical treatment which turned the skin leathery and red. This was the work of the Cleveland torso murderer — one of the most heinous and brutal serial killers in U.S history, also known as the Mad Butcher.

Edward Andrassy was the first victim of the Cleveland torso murderer. Images CC2.0 by gargantuen. Modifications and compilation by Historic Mysteries.

There was no blood at the scene, and this led detectives to conclude that someone committed the murders elsewhere and transported to the bodies to the site. One of the bodies remained unidentified, but the other body was that of Edward Andrassy, who the police already knew as a petty criminal. Curiously, police determined that the other anonymous man died several weeks before Andrassy.

Police Lt. Peter Merylo, who worked on the case for 6 years, characterized the killer as coldly efficient and as relentless as an executioner when in the mood to kill.

John Wayne Gacy: Inside the Life of a Madman

Police work began in earnest and the workload increased when the body of a female showed up in January of 1936. Her murder had occurred in a similar manner as the two men. It was surprising to the detectives that the killer had changed the gender of his victims, which was unusual. Someone soon identified the body as Flo Polillo, a frequent patron of bars in the area.

At this point, the famous Eliot Ness became involved, as he was Cleveland’s chief of Public Safety. He added himself to the growing number of law enforcement working on the case.

In June of 1936, a male body surfaced that featured six notable tattoos strewn across his body. Police displayed the morgue reports and the victim’s death mask at the Great Lakes Exposition that year to thousands of people. However, not a single person knew the tattooed man. His identity is still unknown.

In September, a partial body lay with a hat nearby that authorities later identified as one given to a homeless man by a local woman. This reinforced the theory that the Cleveland torso murders involved only people from the lowest rungs of society.

There was a slight lull in the murders. Although the investigation continued at a frantic pace, the Mad Butcher of Kingsbury Run remained at large.

Jack the Ripper Was the First Celebrity Killer

The Cleveland Torso Murderer apparently took six more lives before the last canonical victim emerged in August of 1938 (like Jack the Ripper, there was some disagreement among law enforcement as to the number of murders the Mad Butcher committed). He had surgically decapitated all of them.

In 1938 Eliot Ness headed the raids of Kingsbury Run. He evicted about 300 individuals and burned down roughly 100 shanty homes.

The hunt for the Cleveland Torso Murderer hit one dead end after another. Investigators were hopeful when they identified a man named Frank Dolezal who frequented a bar that several of the victims also patronized. People described him as prone to anger and threatening when drunk. Police took Dolezal into custody and, after some time, he confessed to one murder. Unfortunately, he hanged himself before they fully questioned him about the other murders. Suspiciously, after his death, his autopsy revealed several broken ribs, which acquaintances of the man said he didn’t have when police took him into custody. This led the press and general populace to believe his confession was worthless because it appeared that police had obtained it under physical force. 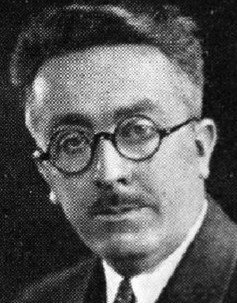 Later, Ness himself oversaw the pursuit of Dr. Francis E. Sweeney, who had served as a military doctor in WWI. During his time in the war, he conducted amputations of wounded soldiers. He later developed mental illness. Police brought him in, and the doctor failed a lie detector test. Ness felt he was finally on the path to the killer and continued to press the medical man. Unfortunately, Francis Sweeney was related to the U.S. Representative, Martin Sweeney, which complicated matters for Ness. The suspect voluntarily committed himself to a mental institution, which placed him out of legal reach of Ness and his team. Had Ness pursued the doctor further, the doctor had an insanity defense virtually locked in place.

Coincidentally, the Cleveland torso murders appeared to stop after the doctor went into the mental hospital. Cleveland police continued to investigate the crimes. However, they made no convictions and the murders remain a cold case. Perhaps with new evidence or technology police may solve the murders in the future. Or they may remain a puzzle from the realm of 20th century true crime.