Seventeen miles southwest of Miami, Florida, there is a peculiar attraction known as the Coral Castle. During the first half of the 20th century, Edward Leedskalnin built the original rock castle and called it Rock Gate. Legend has it that Ed’s inspiration for this masterpiece was a young woman that he loved dearly who left him at the altar. Although the story behind the garden is touching, it is the sculptures themselves that instill awe, for some of them are enormous and Ed kept the construction and his methods a closely-guarded secret. Thus, how this one man, all alone, built the castle is a still a mystery. At first glance, the complex might be an amazing place for visitors simply because of the material Leedskalnin used. Most everything within its boundaries is coral. But when you learn more about the history of the site, an even more astonishing backstory emerges. The main reason construction took as long as it did was that the whole park was the work of just one man, Edward Leedskalnin. More incredible was that he was just five feet tall and weighed about 100 pounds.

Born in the Stāmeriena Parish in Latvia in 1887, Leedskalnin was, by nature, a very secretive and introverted person. According to legend, Leedskalnin proposed marriage to a woman, Agnes Scuffs, when he was 26 years of age. For some reason, she broke off their engagement. Leedskalnin decided to pack up his life and head for New York. He arrived there in April 1912. Unable to find any regular work for the next six months, he opted to relocate once again. This time he headed for the Pacific Northwest and took full advantage of the lumberjack boom that was happening at the time.

Accounts suggest that Leedskalnin headed for the warmer climate of Florida when he was diagnosed with tuberculosis. It was there that he bought a plot of land and began working on a home fit for his former fiancé, who he referred to as “Sweet Sixteen.” Many people believe Leedskalnin’s love for Agnes Scuffs was the definitive motive behind the magnificent creation of his coral castle.

Mystery of the Coral Castle

Although some theories exist, nobody is exactly certain about how Leedskalnin created his Rock Gate garden in Florida. Without anyone really taking notice of his methods, he quarried, transported, crafted, and constructed around 1000 blocks of coral for the walls of his new home. An additional 100 tons of coral built the structures and furniture within the grounds. Some of those blocks purportedly weighed in excess of 30 tons.

One of the incredible features in the park gave it its original name, Rock Gate. It serves as revolving door constructed of a megalithic piece of coral weighing about nine tons. As the mysterious creator did all of the work during the night without the pressure of prying eyes, people can only speculate about how Leedskalnin created the Coral Castle. There are stories of curiosity getting the better of some of his neighbors who took it upon themselves to have a peek one night. These neighbors suggested that Leedskalnin placed both palms on a block of stone and started to sing. The slab reacted by levitating. For obvious reasons, many people have dismissed this claim. 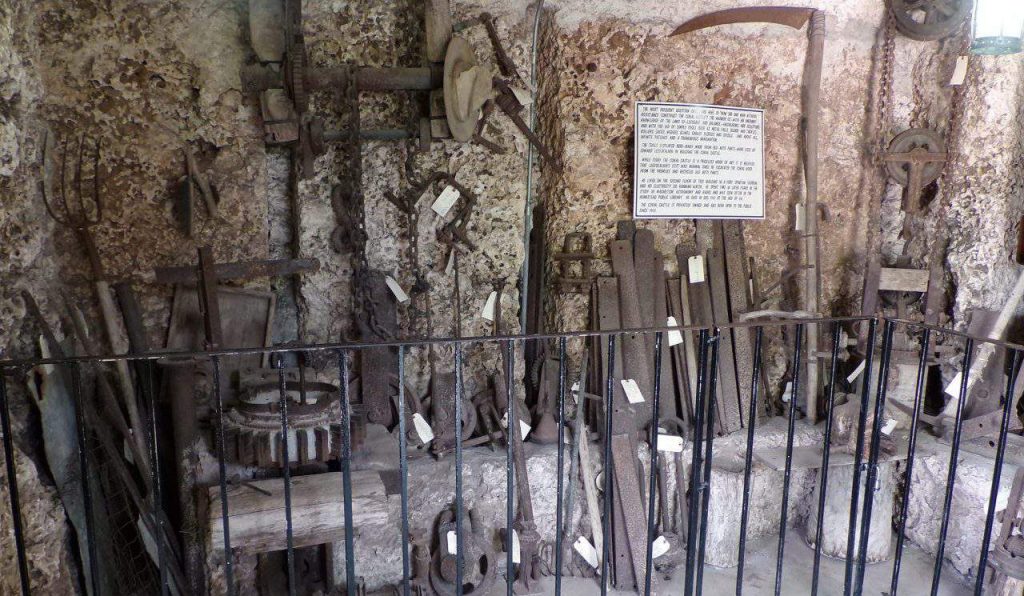 A display of some of the tools Leedskalnin used to engineer the Coral Castle. Credit: Tonya Stinson, CC 2.0.

An alternative theory suggests that Leedskalnin mastered hidden powers of the mind – perhaps telekinesis – and was able to move every block that way. Others came out and flatly asked the man how he did it. All that he revealed was that he used simple leverage and gravity in the way that the ancient Egyptians supposedly constructed the Pyramids. Leedskalnin also hinted that he had harnessed the power of both magnetism and electricity and was fully aware of the secrets behind the construction of the Pyramids.

I have discovered the secrets of the pyramids, and have found out how the Egyptians and the ancient builders in Peru, Yucatan, and Asia, with only primitive tools, raised and set in place blocks of stone weighing many tons!

Was Leedskalnin just being enigmatic or was there something in what he said? Sadly, we may never know the answer to that question. Leedskalnin took all of his secrets to the grave back in 1951. Some people are more sensitive to energy fields than others. While using or standing within the archway of the gate, some visitors have reported headaches. Science has tried to make sense of all of this, and some of the data gathered during these investigations have led to certain conclusions. At key points on the site, telluric energy has apparently fluctuated.

Nan Madol: Venice of the Pacific

According to Wikipedia, “A telluric current (from Latin tellūs, “earth”), or Earth current, is an electric current which moves underground or through the sea. Telluric currents result from both natural causes and human activity, and the discrete currents interact in a complex pattern.” 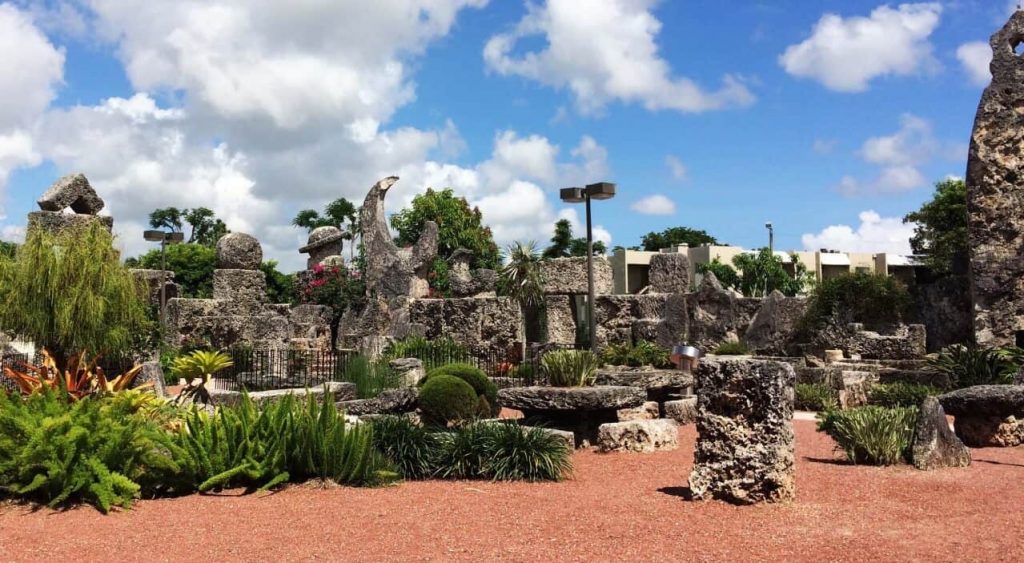 This may mean that Leedskalnin designed and constructed the whole site specifically above a convergence of an energy ley. When two or more of these ley-lines intersect, some unusual effects might be detectable. Is it possible that one of these effects could be a form of anti-gravity, or could it have an effect on the natural magnetism of Earth?

Renowned rock star, Billy Idol, visited the Coral Castle in the 1980s. The site impressed him so much that he wrote and composed a song about it. The title of it was “Sweet Sixteen,” and it became a major hit on both sides of the Atlantic. Quite rightly, Coral Castle is still a marvel with many secrets.