Throughout his life, George Musalas Colvocoresses was noticed. Originally a Greek national, he was sold into slavery by Turkish raiders when he was barely a child. In 1824, his father managed to barter his freedom and helped provide a more stable life in Baltimore, USA. The youngster was adopted by Captain Alden Partridge and, as soon as he was able to, George Colvocoresses joined the US Naval forces. An illustrious naval career followed in the decades that followed. A career that ended abruptly on 3 June 1872 when he was found shot on a Clinton Street in Bridgeport, Connecticut. 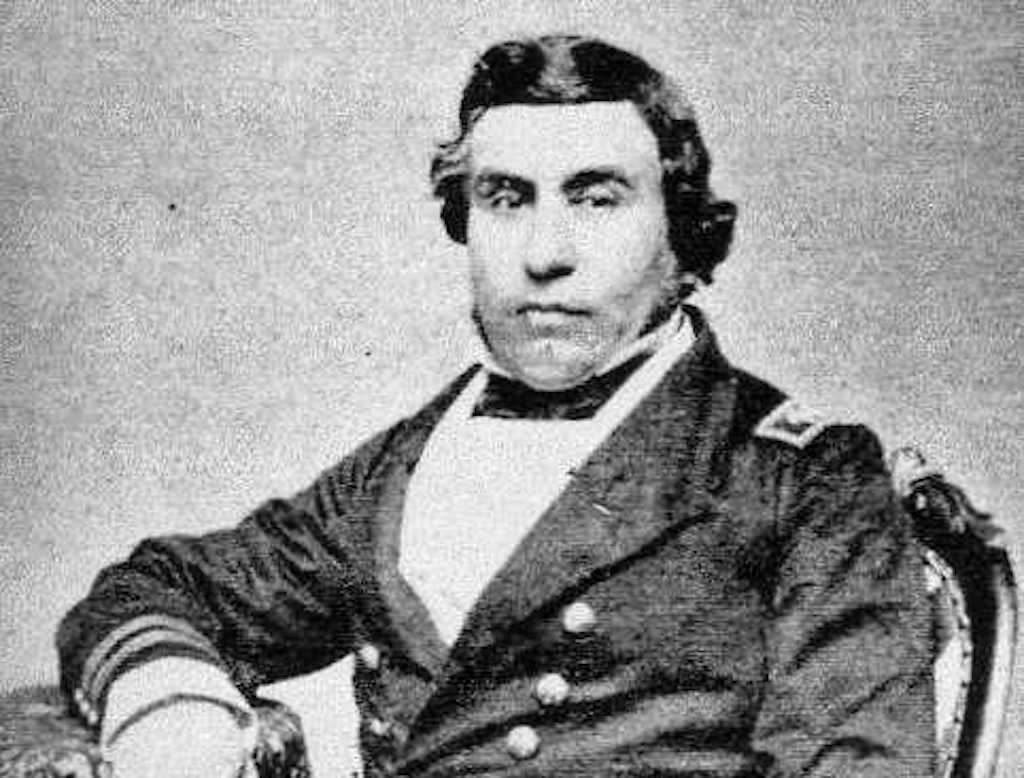 As in life, his death made himself be noticed once again. On 3 June George Colvocoresses purchased a ferry ticket to travel to New York City. He carried with him $8,000, a substantial amount of cash.

His body was found on a well-used street with a pistol and satchel close by. The money was gone.

On first appearances, the crime scene had all the hallmarks of a basic murder. It was only when the police began to investigate further that discrepancies started to appear in this straightforward case. No bullet hole could be found on the deceased’s jacket or vest, but a hole and powder burns were found on his shirt. This indicated strongly that the fatal shot had been fired from beneath his outer garments. Nobody could figure out why a simple street criminal would go to all this trouble, especially on a busy street with numerous potential witnesses.

Suicide was also considered. In the last few months of his life, Colvocoresses had taken out a substantial insurance policy on himself. However, when his will was read, the only bequests amounted to a few thousand dollars. This was well short of his reported $195,000 policy. The New York Times also took exception to this theory, stating that Colvocoresses was a man of high character and strong integrity.

The logistics of this shooting remained shrouded in mystery and controversy. If this was indeed a suicide, then how did George Colvocoresses managed to place the satchel and firearm beside him? A shot through the heart is likely to kill instantly. Why bypass his jacket and vest? And why shoot oneself on a busy street at a time modern life considers to be rush hour?

The mystery remains unsolved to this day.