The history books are all in agreement. On April 30, 1945, in Berlin, Adolf Hitler shot himself in the head with a pistol. His wife, Eva Braun, swallowed cyanide and died a painful death. Very soon after the suicides, officials carried the two bodies outside into a nearby garden. They doused the bodies with gasoline and set them on fire. Then they later buried the few remains in that same garden. That is the end of the story in the official chronicles of WWII. But is it? Did Adolf Hitler survive? Or it possible that Hitler escaped? 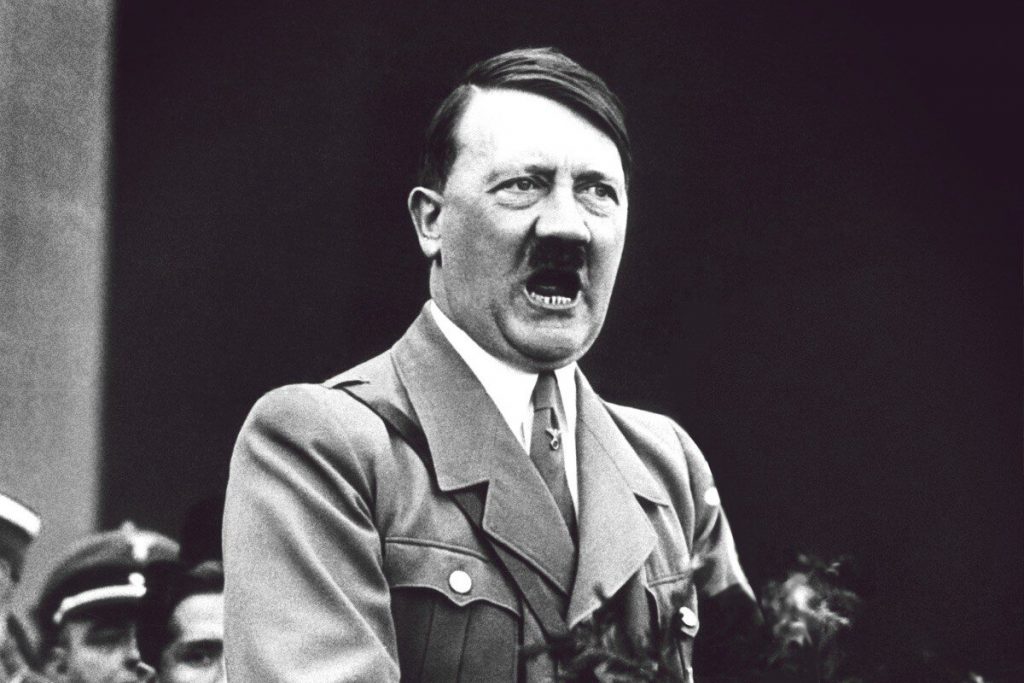 Did Hitler Use a Body Double at His Death?

As with many deaths of notorious criminals, people began to spread gossip and rumors that Hitler used human doubles that had been killed to fake the deaths of Hitler and Eva. The Hitler conspiracy theorists note that after setting the two bodies on fire, all persons present retreated into a bunker and never saw the bodies actually burning. At that time, a fire would have been a great means of covering up the bodies’ true identities.

When Allied forces swarmed into the area on May 2nd, they stumbled across a few assorted bones and two sets of false teeth at the stated burning/burial site. Allegedly, the Russians took the remains to their home country.

And thus, to most people, the story ended. 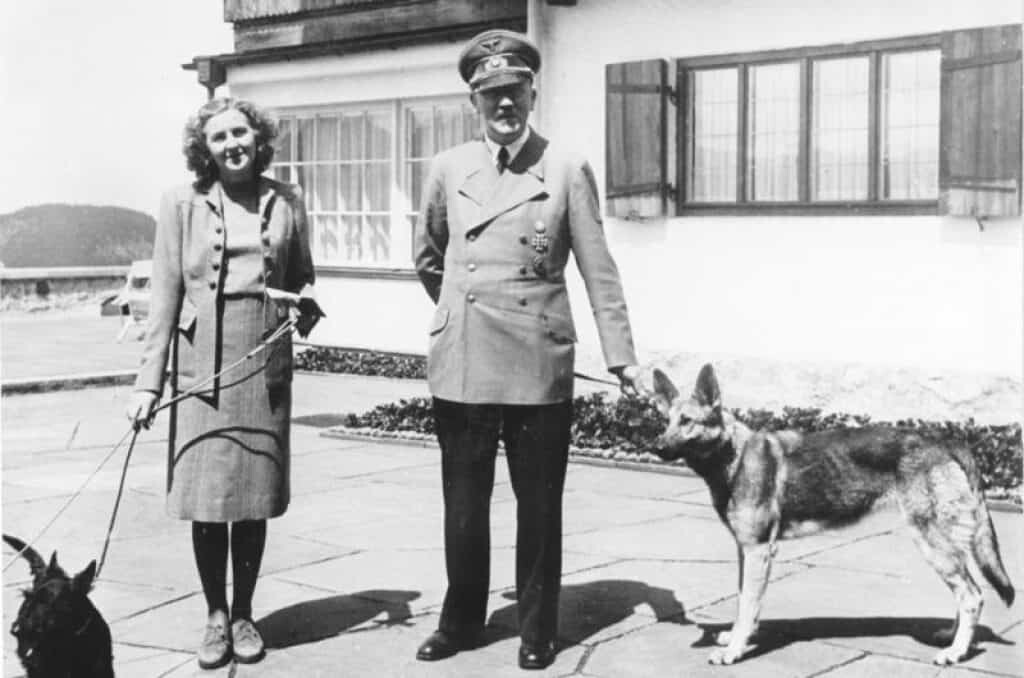 Inconsistencies About the Deaths of Hitler and Eva Braun

Almost immediately, however, people began to question whether or not Hitler escaped. There were discrepancies in the details from the witnesses present at the deaths. A piece of a skull found in 1946 had a bullet hole that corresponded with Hitler’s suicide method but was later found to be the skull of a female. This brought forth theories that doppelgangers for Hitler and Braun were murdered and burned and that the diabolical duo fled Germany in disguise. Noted historian and author Gerrard Williams has gone on record stating that Hitler and Braun did, indeed, escape the invading Allied Forces.

Conspiracy theorists point out that there were no eyewitnesses to the suicides themselves and that no photographs exist of the bodies before they were burned. The people who supposedly carried the bodies into the garden and set them on fire were fervent Nazis, not particularly reliable eyewitnesses under the circumstances. If Hitler had escaped, those witnesses would never have admitted that fact.

Many people thought that the Russians had Hitler’s skull. DNA evidence proved the skull is from a female.

Did the FBI coverup information about the fact that Adolf Hitler survived? Newly declassified documents show that the FBI thoroughly investigated the possibility of Hitler’s survival. They even noted a mysterious submarine off the coast of Argentina soon after Hitler’s alleged demise. Additionally, in late 1945, Argentine officials sent a confirmation to Washington DC authorities that Hitler and Braun had probably landed in their country in the recent past. 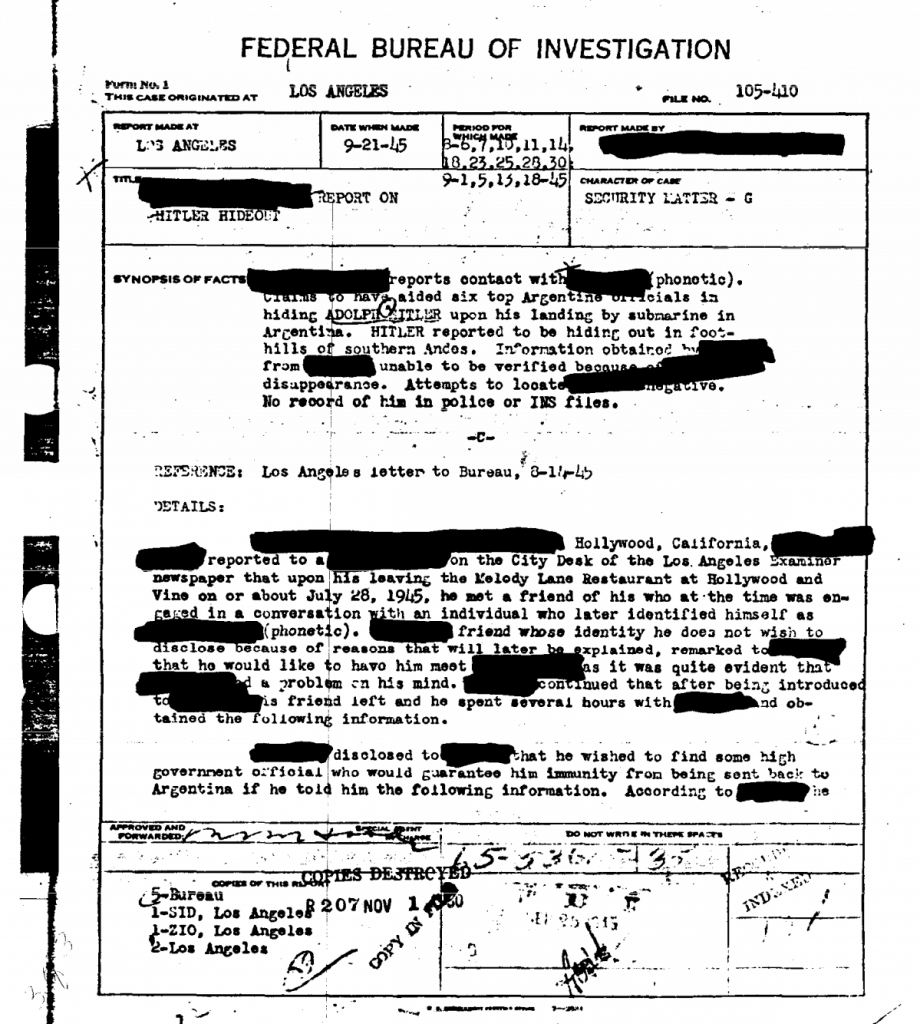 DNA Results of Bodies Thought to be Hitler and Braun

Eager conspiracy theorists celebrated in 2009 when the DNA samples taken from those few bones (reportedly all that was left of Hitler and Braun) did not match either person. Whoever died in that Berlin garden, it apparently was not Hitler or Braun. It appears that indeed Hitler escaped.

People continue to debate the possibility. More and more evidence trickles in to add fuel to the possibility that the most hated man in the world lived peacefully for decades after his reported death. Even to this day, many people believe that Adolf Hitler may have survived and gone underground to live out a full life.