A respected lifeguard, surfer, and waterman, Edward Ryan Aikau (Eddie Aikau), was born on May 4, 1946, in Kahului, Maui, and was a full-blooded Hawaiian. He reached many milestones in his lifetime, surfing 15-foot waves at Sunset Beach in 1967, and then startling surfers that same year by taking off on an estimated 40 foot set wave at the famous, Waimea Bay. 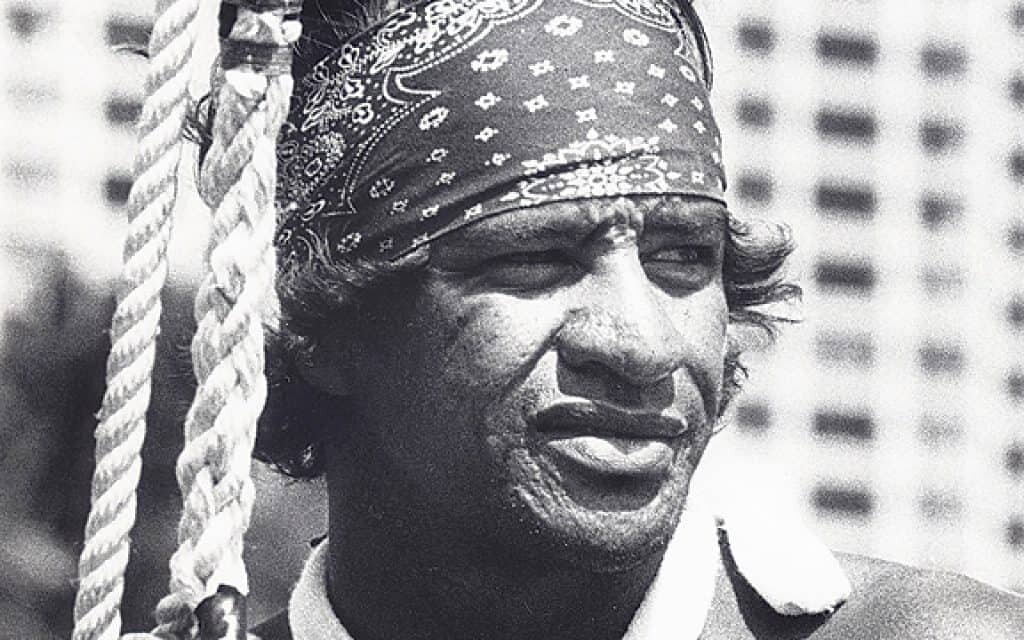 In 1968, Eddie became the first lifeguard at that same bay and went on to save the lives of more than 500 people who otherwise might have drowned in the dangerous surf and ocean conditions of the Hawaiian islands. Additionally, in 1971, he was named Lifeguard of the Year, and he started to appear in surf movies. He also displayed his artistic talent by writing songs and playing slack key guitar.

In 1978, Eddie accepted an invitation to be part of a 16 member crew to sail the 62-foot Polynesian voyaging canoe Hokule’a to Tahiti. Built to reenact the ancient voyages of the Polynesians who first settled in the Hawaiian Islands, the canoe had no modern navigation or communication instruments.

On March 16, 1978, the Hokule’a began its second journey but ended after large swells and gale-force winds caused the canoe to capsize in the Kaiwi Channel, located about 12 miles off the island of Lana’i. All 15 crew members held on to the overturned canoe hull while Eddie volunteered to go for help. Taking his 12 foot tandem surfboard Eddie started to paddle towards the island of Lana’i.

As Eddie started to stroke away from the Hokule’a, he stopped to take off his life preserver which hampered his ability to paddle. As Eddie rose to the peak of a swell, he again looked back at his crew members and gave a final wave goodbye as he paddled into the distance. Eddie Aikau was never seen again. 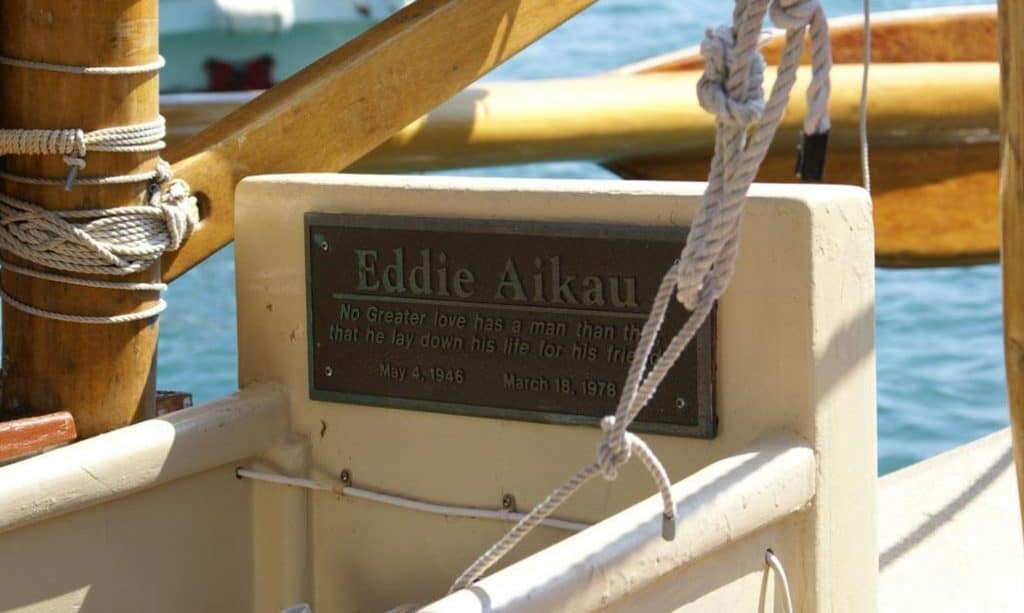 Not long after, a Hawaiian Airlines plane saw a flare shot from the capsized canoe and reported the sighting to the Coast Guard. A Coast Guard helicopter came to the rescue. The helicopter tossed a metal cage down to the stranded crew and rescued all 15 of them. An intensive air-sea search and rescue effort commenced to find Eddie but unfortunately became called off after five days.

In 1987, a surf contest began in honor of Eddie Aikau. Locals call the ‘In Memory of Eddie Aikau Big Wave Invitational” surf contest as “The Eddie”. It matches the world’s best big wave surfers against each other in the biggest surf. The contest is unique in itself as the sporting event requires a minimum wave height of 20 feet. The contest started in 1985. But since its inception, it has been held only 9 times due to the specific weather conditions and minimum wave requirements demanded by the competition. The most recent one occurred in February 2016, where wave heights reached 40 to 50 feet. It has grown to be one of the most prestigious and anticipated surf events in the world. Rightfully so, as it honors big wave surfer and North Shore lifeguard, Eddie Aikau.

In Remembrance of Eddie 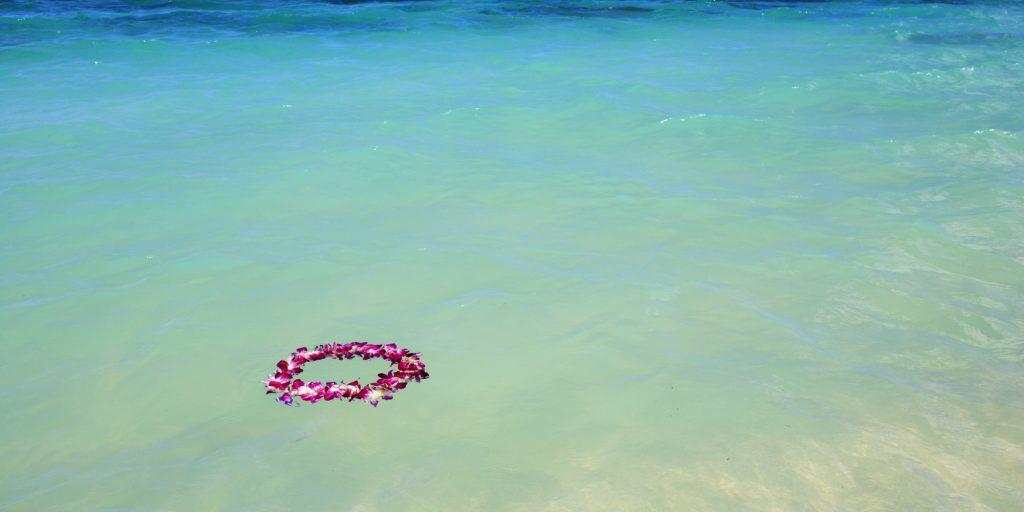 Eddie Aikau represents so many beautiful things to the Hawaiians and humankind alike. If you know Eddie, then you know the Aloha Spirit and everything that embodies. His loyalty, brotherly love, desire to help others, and perhaps more than anything, his bravery, will forever be remembered. There is a saying that has become quite famous and can be seen on T-shirts and bumper stickers everywhere. The phrase is “Eddie Would Go!” However, those who do not know the story of Eddie Aikau would never know just how profound that saying really is.

The Mystery Of The Concealed Shoes: Why Were...

Important Norse Symbols and Their Meaning

Michelangelo’s Fakes: Was the Artist A Fraud Before...

The Dresden Codex: How Did The Maya Learn...