Ever Burning Lamps are accounts of lamps that burn without the necessary oil. Stories of these lamps come from around the world: Asia, South America, North America, Greece, Italy, Great Britain, and France. Indeed, the Jewish festival of Hanukkah commemorates the miracle of lamps with only a day’s worth of oil burning for eight days.

What caused the oil lamps to continue to burn without fuel?

Claims of Ever Burning Lamps

These ancient ever burning lamps were usually found when a tomb or other enclosed place was opened and the lamp was found burning, even though the enclosure had been sealed for hundreds of years and more.

Many early writers wrote of such lamps. For example, in the year 140 C.E., the tomb of Pallas, a son of a local Italian king, was opened. A single lamp was found burning near the corpse. Frightened, the assembly tried to put the lamp. They discovered that neither water nor blowing on the lamp extinguished the flame. The flame finally extinguished when they emptied the unrecognizable liquid in the base of the lamp from the lamp’s basin.

There were numerous other chronicles of similar phenomena. During the reign of the emperor Justinian, a troop of soldiers stumbled upon a lamp which, according to its inscription, was lit almost 550 years earlier. The soldiers could not figure out how this could be so.

In England, following his separation from the Roman Catholic Church, King Henry VIII established the Church of England. He soon after demanded that many Catholic churches and communities be destroyed or incorporated into his new church. In one instance, the tomb of  Constantius Chlorus, who died around the year 300 C.E. was opened and found to contain a lamp that still burned. 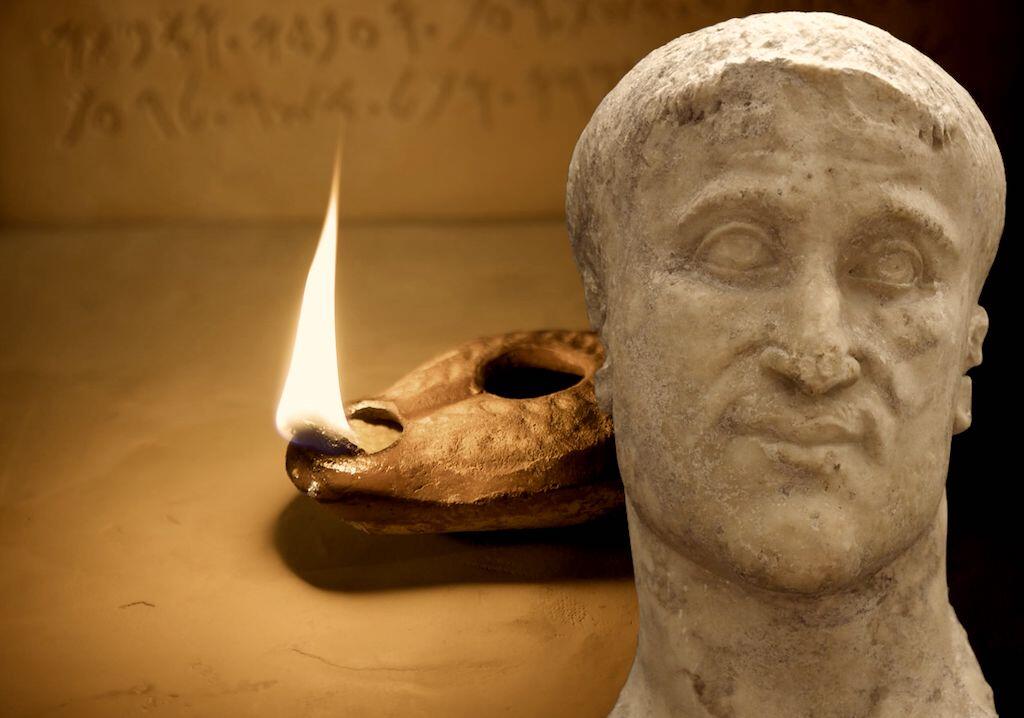 An ancient ever burning lamp was reportedly found in the tomb of Constantius Chlorus.

In the 1600s, in France, there is the written chronicle of a soldier from Switzerland who discovered a long-hidden tomb. Inside, he found a single burning lamp. He removed the lamp and it continued to burn without apparent fuel for several months until it accidentally broke and thus extinguished.

The most enigmatic figure of the history of these puzzling lamps is arguably a 13th-century rabbi by the name of Jechiele. Documents of the time state there was a lamp outside his house that burned continually without any apparent supply of oil. When questioned about the workings of this miraculous lamp, Jechiele refused to discuss the mechanics of the lamp.

The lamp was not the only puzzling feature of the rabbi’s house. Contemporary accounts say the knocker on his front door could give off sparks when unwelcome visitors came to call. Modern theorists believe Jechiele somehow channeled a primitive form of electricity, but nobody knows for sure.

No modern instances of these ever burning lamps have been found. Because of that, an explanation for the phenomena remains unknown. Until a new discovery is made, the history of these mysterious lamps will remain just that: a mystery.