When the mutiny on the Bounty comes to mind, two compelling characters are at the forefront of the story. Those two characters are William Bligh and Fletcher Christian. One is the villain and one is the hero. Who has each role depends on how you view the story. Either Bligh was a tyrant and Christian a righteous man or Christian was power-hungry and Bligh was a victim. Either way, Bligh went home to be exonerated of wrongdoing and Christian slinked off to live the rest of his days in the Pacific Islands, or did he? 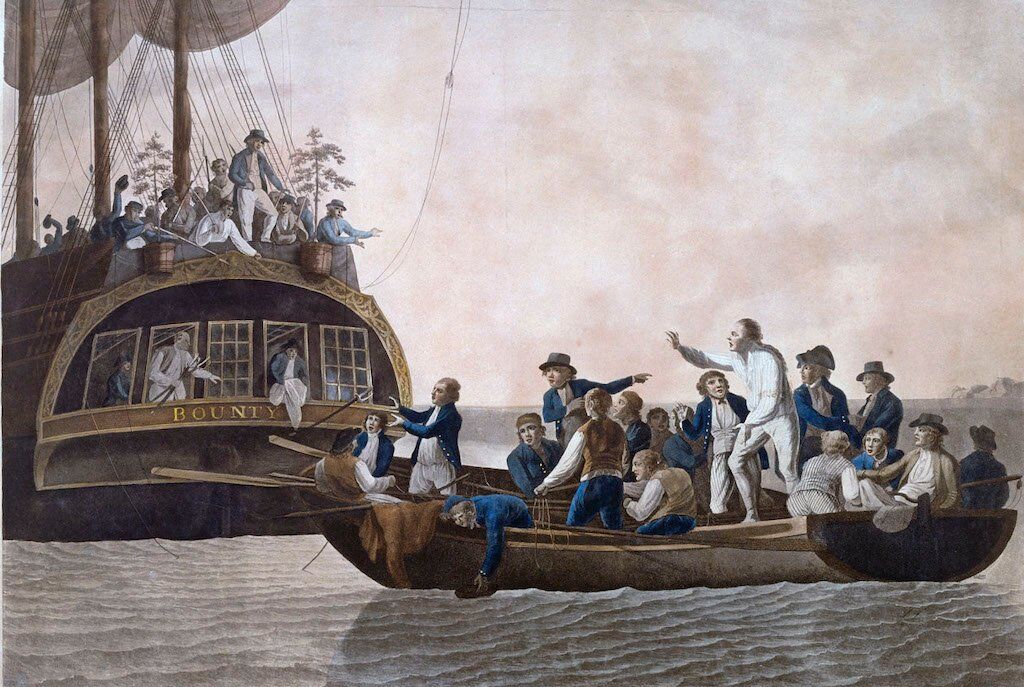 Mutiny on the Bounty

The events leading to Fletcher Christian’s mysterious fate occurred in 1789. Bligh and his crew went to Tahiti to collect a cargo of breadfruit, which they did. Three weeks after they left, Fletcher and his fellow Bounty mutineers woke the captain in the night and set him out in the open sea on board a small emergency craft. Four men who were loyal to Bligh remained on board the Bounty, as they would not fit in the boat. Bligh went on to navigate a legendary course and survive an amazing journey. Christian went back to the islands.

What Happened After the Mutiny

There are some things that we know about Christian’s adventure as fact. We know about the mutiny because of Bligh and his loyal companions. We know what happened next thanks to a large number of men who went with Christian returning to England. First, they went to the islands around Tahiti, which were too dangerous thanks to the natives. Next, they went to Tahiti. Sixteen of the original 24, including those who were still loyal to the Bounty’s rightful captain, stayed in Tahiti when Fletcher Christian made off with the Bounty, 7 English seamen, 6 male Tahitians, 11 female Tahitians, and 1 infant.

Pitcairn Island lies in the South Pacific Ocean and has a population of 50.

When Fletcher Christian left Tahiti, we know he went to Pitcairn Island. It was not well charted, which made it less likely he would be discovered there. The evidence of his voyage to Pitcairn Island is irrefutable. The Bounty was found sunk nearby. It was scuttled by the man and his crew to cover up their lawlessness and to prevent any of them from leaving and bringing the authorities to the others. This is where Christian’s life leaves the realm of verifiable history and becomes reliant on the testimony of two men.

Did Fletcher Christian Return to England?

The least feasible of the two accounts of Christian’s whereabouts after the mutiny puts him back in England. Peter Heywood, one of the men who returned to England from Haiti, believed he saw Christian one day on the street. However, even he was skeptical about Christian returning to England. Furthermore, no one else ever saw him in England. Nonetheless, there were reports of rumors that he came to visit his aunt.

Sir John Barrow, a friend of Heywood’s, wrote a book titled The Mutiny and Piratical Seizure of HMS Bounty. He mentions a rumor regarding Fletcher Christian returning to England:

About the years 1808 and 1809, a very general opinion was prevalent in the neighborhood of the lakes of Cumberland and Westmoreland, that Christian was in that part of the country, and made frequent private visits to an aunt who was living there.

Get This Book On Amazon: Eventful History of the Mutiny and Piratical Seizure of H.M.S. Bounty

How he would have managed to return without a working ship has not been surmised.

The other, arguably more feasible, story of the fate of Fletcher Christian puts him at Pitcairn Island until his death. In 1808, Mayhew Folger, captain of the Topaz, saw several Tahitian young men on Pitcairn Island who spoke good English. He said he was introduced to a man they called their father, but whose name was allegedly Alexander Smith. There were no other Englishmen on the island. Smith told Folger that the mutineers who went to Pitcairn were killed by Tahitian slaves, including Christian. The slaves were in turn killed by Smith and the Tahitian women.

In 1814, two more ships encountered Alexander Smith. He admitted his name was actually John Adams, making him the last of the mutineers. John Adams provided more details, but the story that rebelling slaves killed Christian Fletcher remained the same. He left behind three children and a Tahitian wife.

It is doubtful he returned to England, where the gallows awaited him. However, he may have gone to another island, as some suggest, but he would have had to build a boat without anyone noticing, sneak away, leave his children and live alone for the rest of his life. It seems doubtful and there is no evidence for it.

While the only evidence is the testimony of a mutineer, a mutineer’s wife and the reports of three ship captains, it makes sense that Fletcher Christian stayed at Pitcairn Island. Fletcher Christian had family on the island. He enjoyed the tropics so much that he risked his life to come back. He even sank his only means of returning to England without hitching a ride, which was a slim chance. Without further evidence, it seems illogical to believe the rumors that he returned to England.