Fountain of Youth: In Search of the Mystical Spring

Humankind is tethered by death and old age. It is the one inevitably in life, taxes notwithstanding. We lose our vitality, our mental capacity, and our libido as we age. Thus, people throughout history have dreamed about stopping or reversing the aging process. One legendary cure for aging is a magical spring that promises youth to those who drink its waters. It is called the Fountain of Youth, and it has been sought for its powers of rejuvenation since the 5th century BCE when the Greek historian Herodotus wrote about its wondrous powers. Although this fountain seemed too good to be true, it piqued the curiosity of many explorers who purportedly searched for it. Nonetheless, to this day, the whereabouts of the mysterious fountain is unknown. 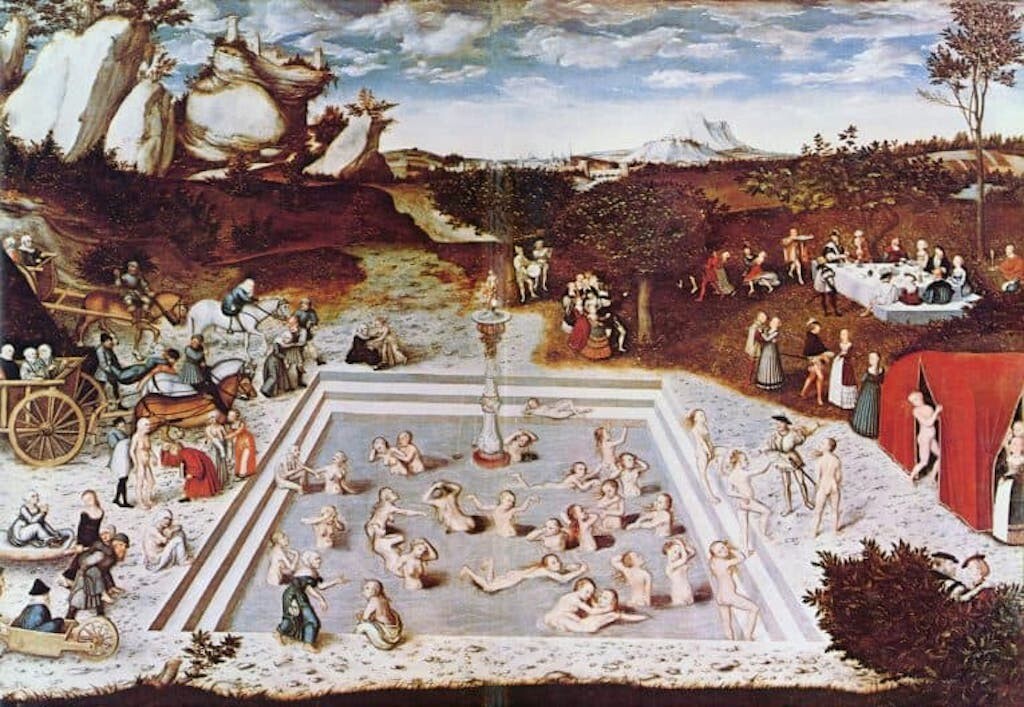 Artistic interpretation of the Fountain of Youth by Lucas Cranach.

Where is the Fountain of Youth?

The location of the fountain is just as mysterious as the fountain itself. No two original sources of information are the same. The legends of Prester John put it somewhere in Asia, where Prester John ruled a land that contained the magic waters.

In the Americas, Spaniards in Cuba heard from the natives that the Fountain of Youth lies in a place called Bimini on an island in the Bionca Gulf of Honduras. Bimini may refer to the actual town that the fountain is located in, though both the island and the town are legends. This Bimini is not to be confused with the Caribbean Bimini that is associated with Atlantis, though it is frequently confused as just that.

Seekers of the Cure for Old Age

Alexander romances say that Alexander the Great sought a river that could reverse aging. This appears to be the only record of such an event. This is often associated with the Fountain of Youth, despite the fact that the story says Alexander was searching for a river, not a fountain. History shows that Alexander was obsessed with the power, wealth, and the land that he attained during his life. Was this enough to satiate him or did he seek to reverse the aging process so he could enjoy his spoils that much longer? This is uncertain. Either way, he clearly did not find it. He died in his early thirties.

Related: Can We Achieve Immortality?

The most famous purported seeker of the Fountain of Youth, though possibly not a seeker at all, is Juan Ponce de Leon. Ponce de Leon was an explorer and the first governor of Puerto Rico. In 1513 he supposedly looked for the fountain in Florida, USA. Some say he even found it. However, other sources indicate that he wasn’t searching for the fountain at all on that voyage. The town of St. Augustine has a tourist trap that is linked to Ponce de Leon and his quest to find the fountain. However, whatever link it has to the explorer is tenuous, at best. He may not have even visited the St. Augustine area. Furthermore, all accounts of his supposed search for the fountain come after his death. There is nothing in his personal papers or contemporary accounts that suggest he was seeking a source of eternal youth.

All of the information we have about the Fountain of Youth points to it being a legend with little or no basis in fact. Of course, like any legend, there is a possibility that it exists, but, in this case, it is highly unlikely. There are no accounts of non-fictional characters actually drinking from the fountain and becoming youthful. There are no stories about a precise location. We are not even sure that any person has seriously looked for it. Unfortunately, it appears that humans will have to rely on science, surgery, and cosmetics to bring us, perhaps not eternal, but, extended youth.

Yggdrasil Tree of Life and the Nine Worlds...