Can We Achieve Immortality?

To achieve immortality and live forever is something of an obsession for the human race. Escaping the uncertainty of death is a common theme in legend, literature, religion and even science. In literature and legend, we have the Fountain of Youth, the Philosopher’s Stone, Hilton’s Shangri-la and countless other supposed tools of eternal youth. In religion, there is resurrection, rebirth and the afterlife. Pretty much everything in medical science that is not strictly geared toward making life more comfortable is geared toward prolonging life. Research is coming closer to showing that immortality is not just the stuff of legend. It is likely possible to have some semblance of immortality. Whether it is an ideal way to live or whether humanity will ever achieve it is another story altogether. 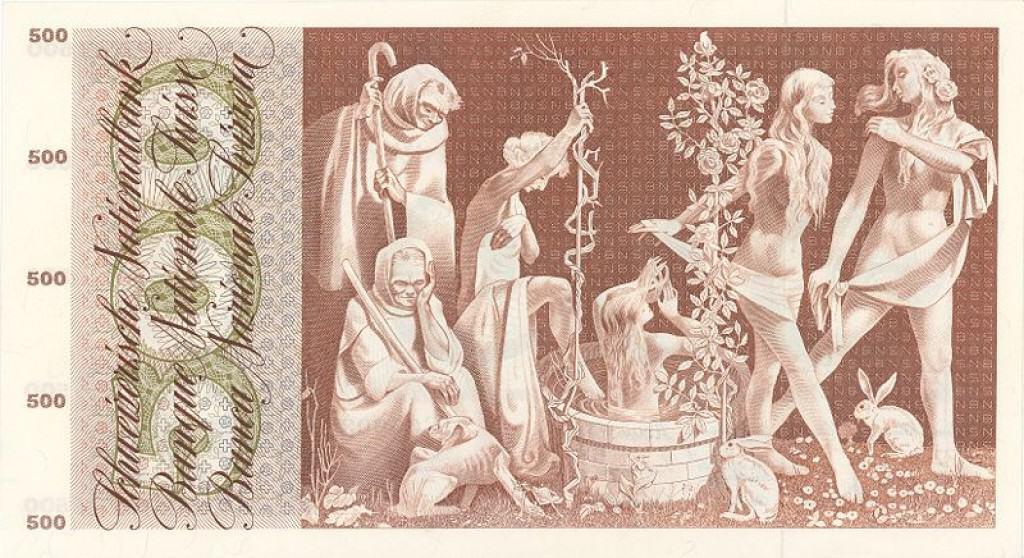 Depiction of the Fountain of Youth on Currency

A technological singularity is a hypothetical event in the future when intelligence will be advanced by technology. There is a lot of debate concerning what this would actually mean for mankind and indeed the planet. One thing that the singularity could provide is a stepping-stone to immortality or at least insight into whether or not it is possible. Potential methods include medical advances due to increased intelligence and preservation of consciousness via brain transfer into machinery.

The p21 gene is apparently the gene that inhibits the regrowth of damaged or even destroyed cells. In other words, it keeps humans and most other animals from being able to regenerate damaged body parts. Research at the Wistar Institute in Philadelphia, Pennsylvania showed that mice without the p21 gene heal in a manner uncharacteristic of mammals. The cells behaved more like they were embryonic cells rather than adult cells. This could potentially lead to medical advances that allow humans to regenerate body parts up to and including limbs.

Could the p21 gene lead to immortality? Well, it is being touted as such a discovery. However, even if we could find a way to eliminate the p21 gene safely in humans, there is no telling what effect it would have on us. Furthermore, regeneration is not eternal life. If the brain is destroyed, there is no way to regenerate. The same goes for severe trauma on other essential body parts. If the p21 gene were the key to immortality, we would be overrun by regenerating amphibians. As it is, they can only regenerate to a certain extent. It is possible to kill these creatures and when they die, they remain dead.

Perhaps the closest thing to immortality on this list is an enzyme that prevents the hindrance of cell division that comes with old age. This enzyme is found in lobsters. Biologically, these creatures appear to have the secret to immortality. Observation has shown that they do not die of old age. In fact, they continue shedding their exoskeletons and growing throughout the course of their lives. When they do not die, they can grow to enormous proportions. There are reports of lobsters that weigh more than 40 pounds.

Related: Fountain of Youth: Search for the Mythical Spring

The enzyme in question here is known as telomerase, which prevents the telomeres on the end of chromosomes from shortening over time and affecting cell reproduction. In other words, it allows cells to divide indefinitely. Theoretically, if a lobster does not die of disease or trauma, it will not die. It will simply continue to grow and thrive. Of course, lobsters do not live forever or they would be a plague upon the Earth by now. The issue with longevity is that the odds stack up against them.

So, do lobsters hold the key to human immortality? The answer to that is similar to the issues with the p21 gene. Human beings will be subject to disease and trauma over their lifetimes. There is simply no way to avoid this problem completely. Even if one were to avoid it for billions of years, the Earth will not be here forever. There is simply no way for a person to be truly immortal if their life depends on their body, which it will even in the best-case scenarios for the above discoveries.

Immortality will likely always be a dream. Life expectancy is likely to increase, but living longer is not true immortality. True immortality is only achieved by living for the rest of eternity and there are simply too many variables and unknowns for that even to be fathomable at this point. There is also the fact that a lifetime of such proportions would probably not be as appealing as one might think. Imagine further than a few hundred years or say a billion years and things get ugly.