The Hawaii Clipper, one of only three commercial flying boats built in 1935 and designed to meet Pan American Airway’s desire for a trans-Pacific luxury aircraft. The China Clipper and the Philippine Clipper made up the other two aircraft.

Equipped with giant pontoons, these flying boats could take off and land on water. However, they also provided luxurious accommodations as found on ocean liners. 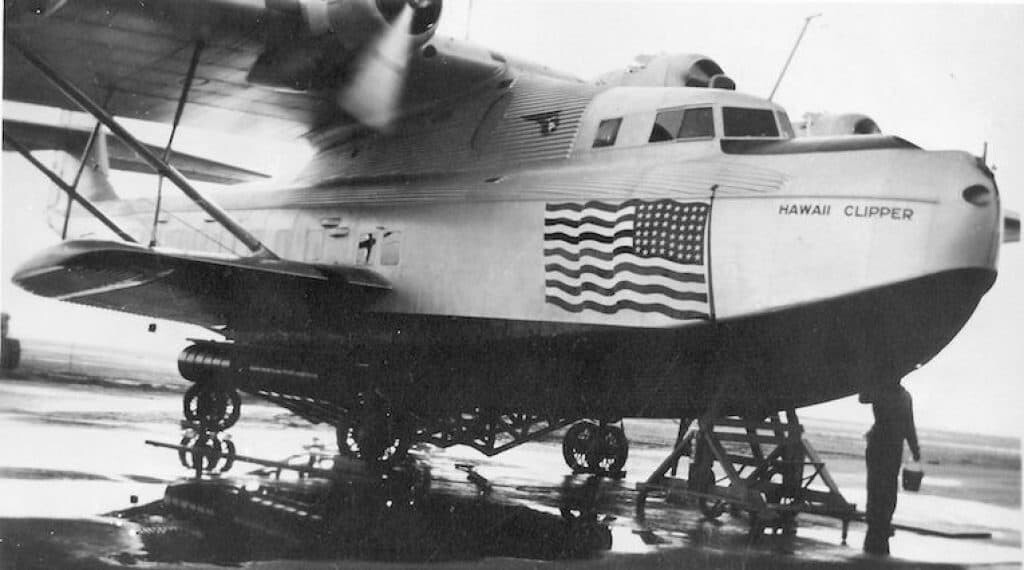 On 28 July 1938, Hawaii Clipper Flight #229 carrying nine crew members and six passengers were flying from Alameda, California to Manila by way of Honolulu, Midway, Wake, and Guam. Its passenger list included distinguished men such as Dr. Earl Baldwin McKinley, Dean of Medicine at George Washington University, and Dr. Fred C. Meier, a plant pathologist of the Department of Agriculture. They were en route from Guam to Manila to research the spreading of trans-oceanic diseases and plant pollen. The Hawaii Clipper disappeared over the Pacific. 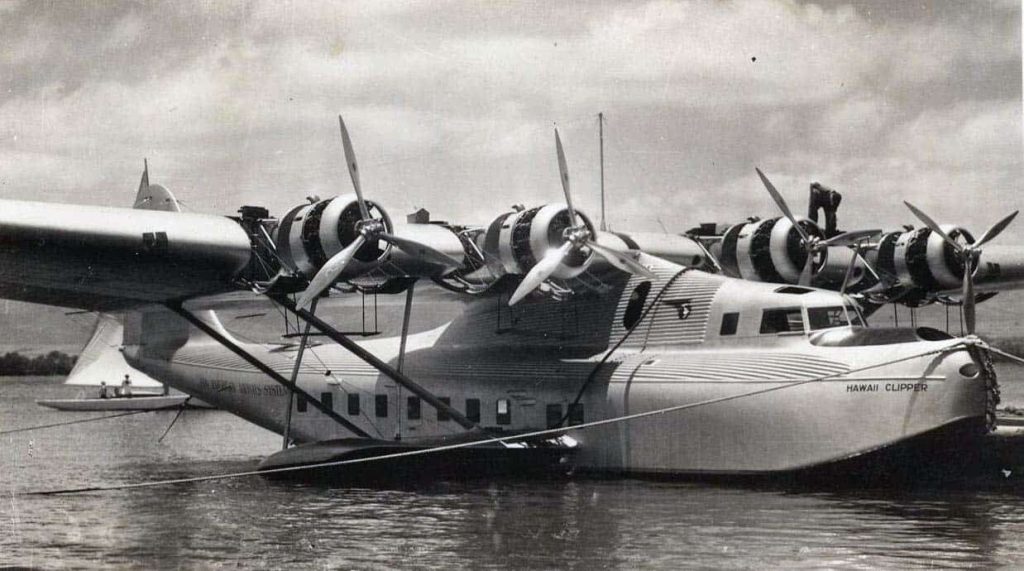 The doomed aircraft in port.

Search for the Hawaii Clipper

The disappearance launched one of the most intensive sea and air searches in Asiatic waters. At the break of dawn on July 29, 1938, the Army dispatched six Martin bombers, with a 1,000-mile range, to search the plane’s last reported position.

After directed to the area, the Army freight transport USAT Meigs searched for two days and nights. Using several searchlights on the water and periodically flaring rockets. The vessel zigzagged the ocean but found no evidence of the aircraft.

On July 30, The USAT Meigs identified an oil slick 1500 feet in circumference about 50 miles south of the last reported position of the aircraft. Oil slick samples were analyzed.  It was a significant, but inconclusive find since no wreckage or debris was observed. The Army and Navy continued searching for the missing plane with waning hope.

After three days of extensive searches in perfect observation conditions and calm seas, it became apparent that disaster had occurred. Investigators were baffled at how the airliner could vanish without a trace. Japanese freighter Canberra Maru joined the search for the clipper.

On August 7 the Japanese Navy steamer Canberra Maru made a final search effort while en route from Australia to Japan.  The Canberra Maru searched for the missing clipper in the vicinity of Douglas Reef. This location matched the path of currents in which the clipper possibly came down. Later that day, the Canberra Maru reported it reached Douglas Reef but found no trace of the Hawaii Clipper.

Search for the Clipper Ends

On August 10, the search for the missing plane ended. The location of the plane and its passengers are still missing. Experts have not been able to determine the cause of the crash. 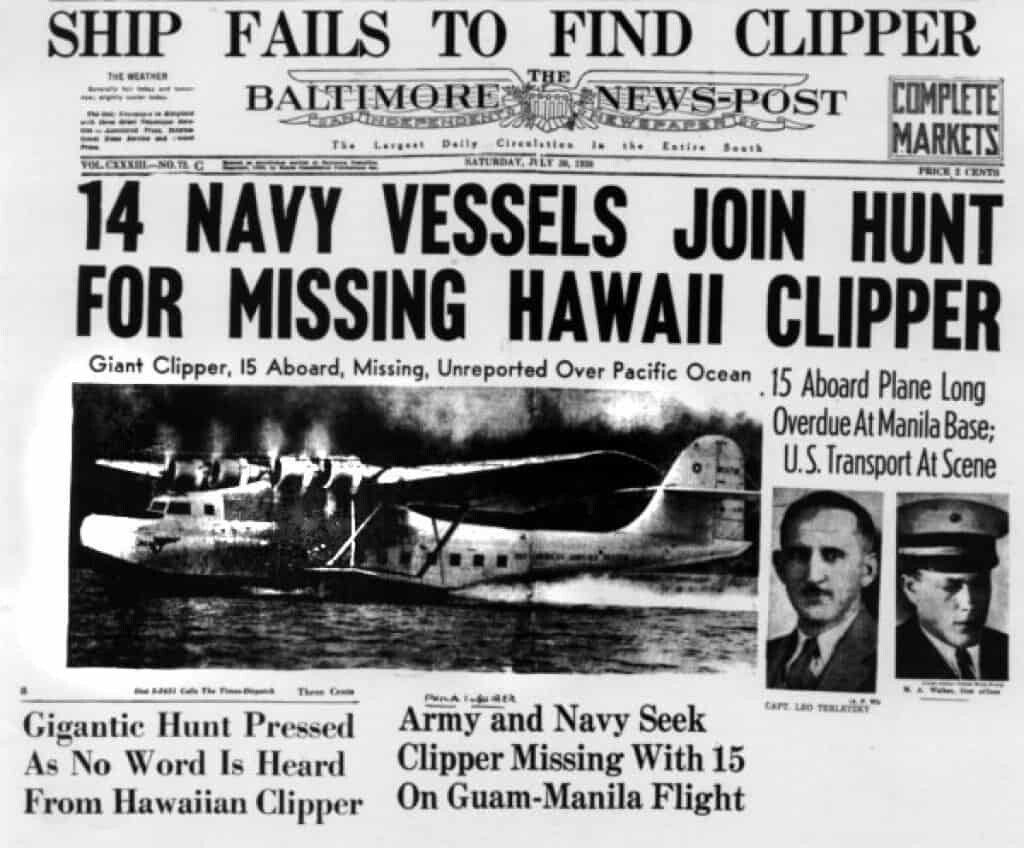 There is a theory that the Hawaii Clipper disappearance was the result of a hijacking to Truk Atoll by radical officers of the Imperial Japanese Navy. All fifteen crew members and passengers were murdered.  The bodies entombed within a slab of wet concrete on Dublon Island at Truk Atoll. The U.S. government is allegedly keeping this a secret from the Japanese government and the American people.