In the 120 years since the Whitechapel Murders, countless theories have been put forward about the identity of the murderer now known as Jack the Ripper. Everyone from royalty to midwives has been suspected. In the book “The Mammoth Book of Jack the Ripper,” author Peter Turnbull puts forward a theory that may deserve some attention. As with every Ripper theory, it is hotly disputed by many. Turnbull postulates that there were multiple Jack the Rippers. Thus, the murders were not committed by a single person, but by a different murderer for each of the killings. In other words, after the first murder, there were multiple “copycat” crimes. There is no clear single Modus Operandi, Turnbull claims, for all of the killings. 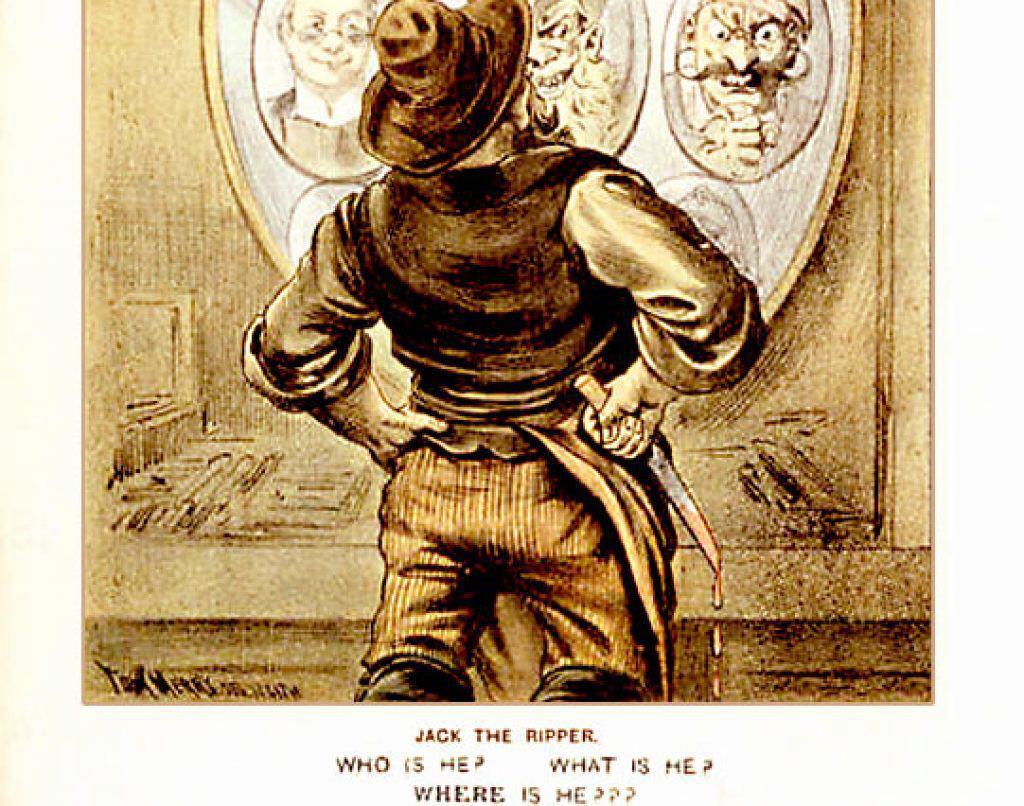 The cover of the September 21, 1889, issue of Puck magazine, featuring cartoonist Tom Merry’s depiction of the unidentified Whitechapel murderer Jack the Ripper.

Not All Crimes Were The Same

Turnbull addresses each of the murders and points out that there are more dissimilarities between the killings than there are similarities. The first victim that some “Ripperologists” accept is the widowed Emma Smith. Smith lived for a brief time after her attack and firmly insisted that she was attacked by several men. Martha Tabram, the second victim, was stabbed repeatedly, but by two different weapons. This indicates that multiple attackers may have been involved. Next up was Polly Nichols. Her throat had been cut and the rest of her body suffered from wounds — all from the same sharp object. Annie Chapman was the first of the known victims to be violently disemboweled.

Other Victims of Jack The Ripper: Alice McKenzie and Frances Coles

Turnbull rejects the “fact” that another victim, “Long Liz” Stride, was in the Ripper canon. He states that she was killed by the ex-lover she had recently left. Catharine Eddowes had her throat cut, but the incision, Turnbull states, was very small, very different from the neck wounds on the other victims. The final victim, Mary Kelly, was so viciously savaged that it looks like a different perpetrator altogether.

Media Made it Easy to Replicate

So who does Turnbull believe were the multiple Jack the Rippers? And how does his theory of copycats come into it? Turnbull notes that from the very beginning the newspapers had reported in detail about the coroner’s inquests, and those details made up a virtual and easy “how-to” checklist for committing similar crimes: slit the throat, disembowel if you have time, etc.

Who Are The Suspects?

He says that we must consider the fact that there were numerous slaughterhouses near Whitechapel. The men who worked in them could easily walk about with blood all over them and not raise any suspicion. Turnbull also points out that subsequent serial killers that we know of such as Ted Bundy, John Wayne Gacy, BTK, the Green River Killer, etc., commit murder sprees that go on for years, not for mere weeks.

Dr. Francis Tumblety: One of the Best Jack the Ripper Suspects

Copycat crimes certainly do occur. It is anybody’s guess as to who Jack the Ripper was. But we may need to be looking for more than one person.