In the early hours of the morning in June 1960, an unknown perpetrator attacked four teenagers as they camped on the shore of Finland’s famous Lake Bodom. Three died, one survived, and whoever conducted these brutal murders remains unknown. To this day, the Lake Bodom unsolved murders remain one of Finland’s greatest mysteries. 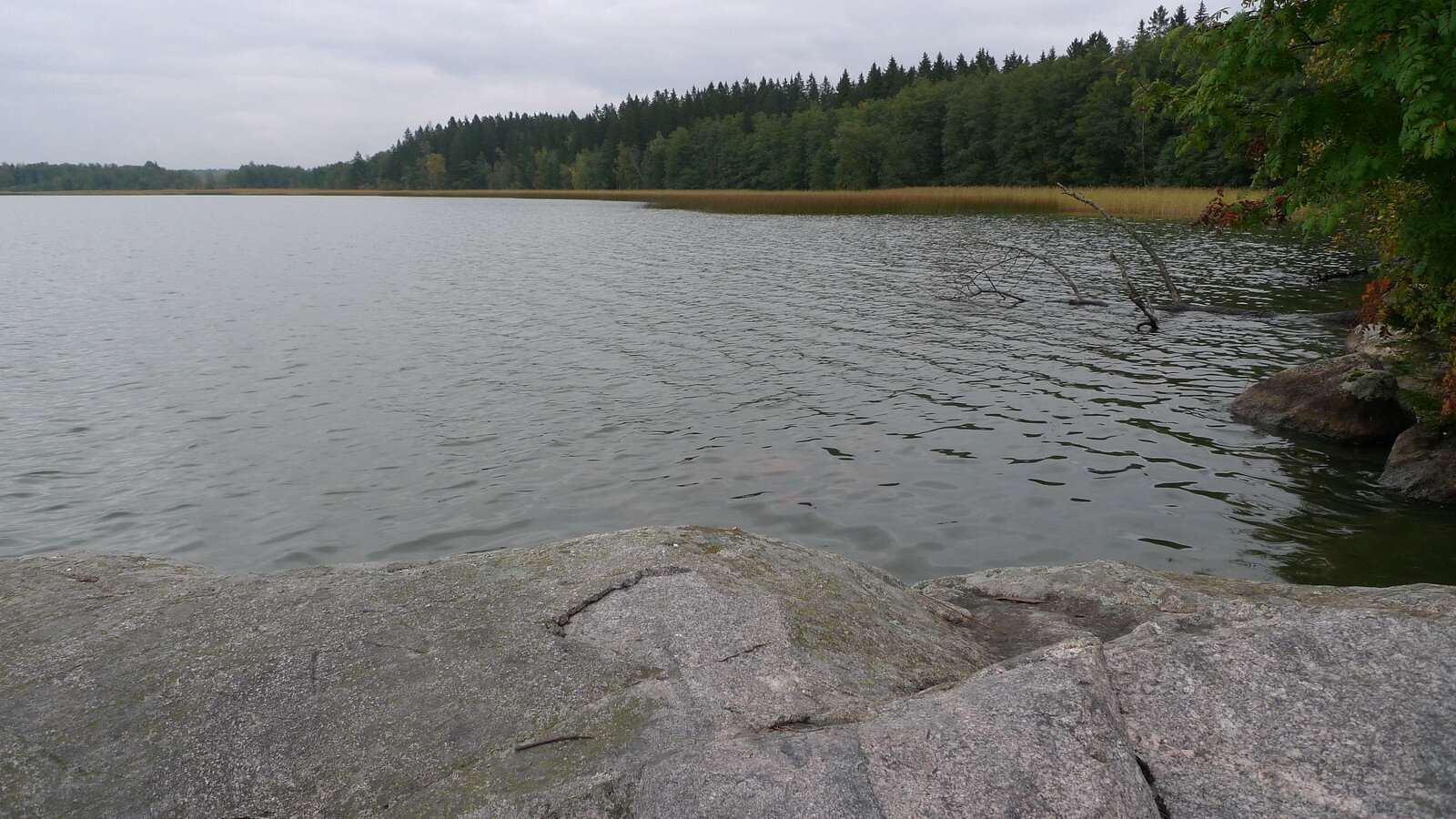 Around twenty kilometers from Helsinki lies the small town of Espoo, Finland. It lies near the serene Lake Bodom, a place unassuming in its tranquil beauty. However, in 1960, a triple homicide tainted the lake’s legacy forever. 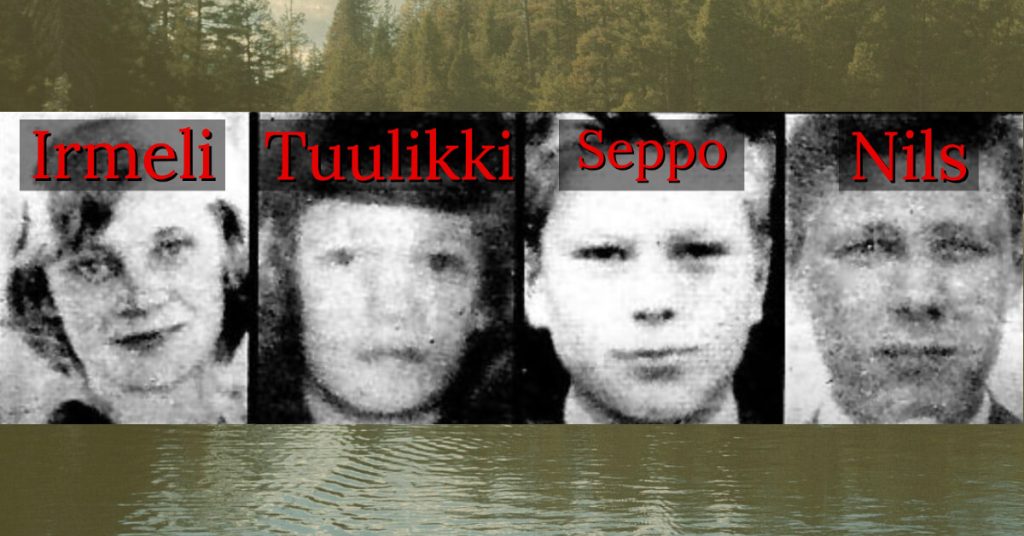 Four teenagers made up of two couples, set up tents on the shore of Lake Bodom in the early evening of June 5, 1960. They included Seppo Boisman (M) and Tuulikki Mäki (F), and Nils Gustafsson (M) and Irmeli Björklund (F). Both boys were 18, and both females were 15 years old.

At 10:30 PM, both couples retired to bed. What happened between then and the next morning is still a mystery, but around 11:00 AM on June 6, a man who’d been swimming in Lake Bodom made a gruesome discovery. He stumbled upon what appeared to be four dead bodies.

Someone had attacked the teenagers through the fabric of their tent, leaving three dead and one barely conscious. All possessed multiple bruises stab wounds, including the still-alive Nils Gustaffson, discovered lying on top of the tent with his girlfriend Björklund. Both Mäki and Boisman lay dead inside. The tent appeared torn to shreds, and several items belonging to the group, notably clothes and money, appeared stolen. 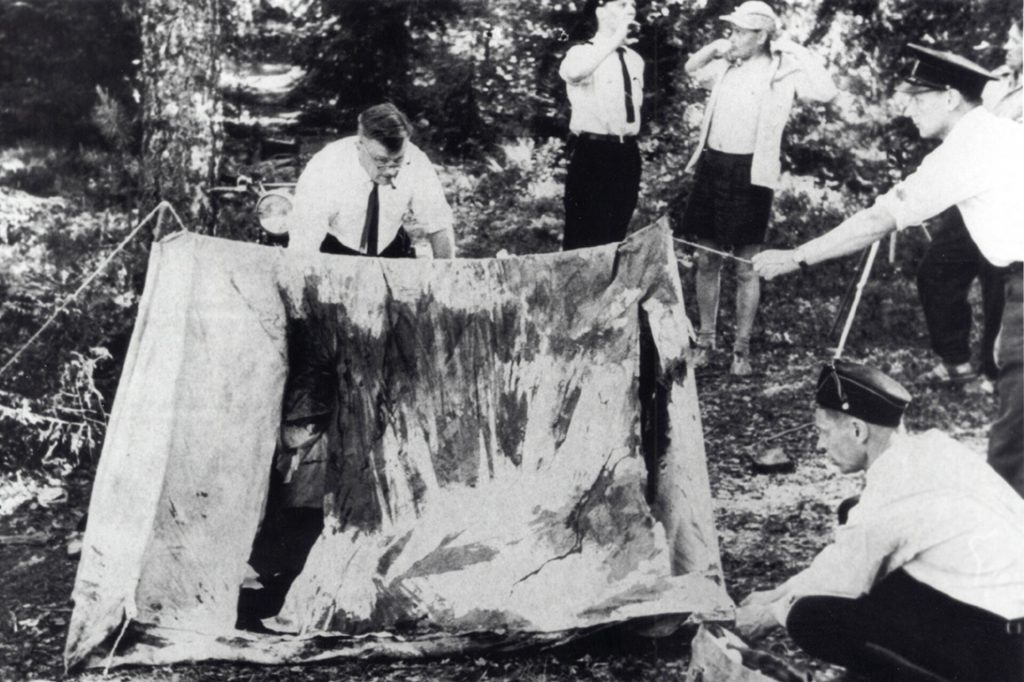 The Lake Bodom killer attacked the victims from outside the tent. Image: Public domain.

Police discovered the attack on the group occurred sometime between the hours of 4:00 AM and 6:00 AM, most likely with both a knife and a blunt object. However, they couldn’t determine what murder weapon fatally wounded the three victims. In fact, the police never found a murder weapon. 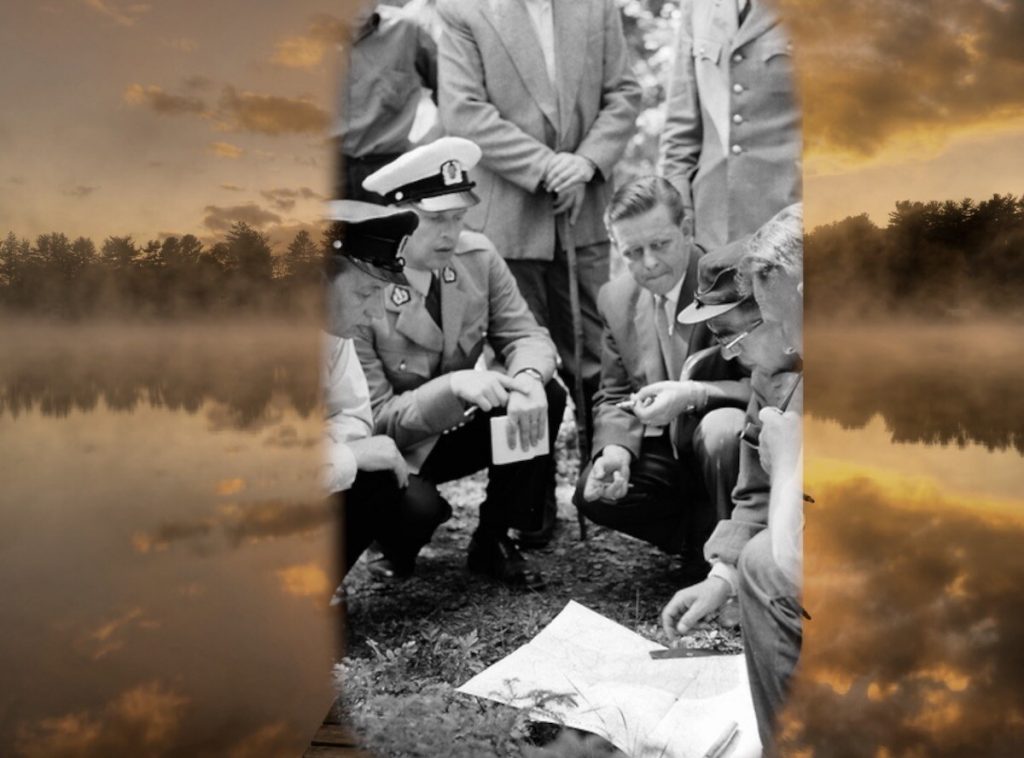 Some clothing belonging to the group was found covered in blood around 500 meters away from the murder site, and stranger still was that the killer had stolen the keys to Boisman’s motorcycle, but hadn’t stolen the vehicle itself.

The police called on the military to help search the areas for missing items, although very little was discovered. Authorities were also careless with their treatment of the murder site, inadvertently allowing it to be trampled by the press and concerned citizens. It was believed that this may have disturbed some of the evidence.

An autopsy on Irmeli Björklund found that she suffered the most stab wounds, and hacked at post-mortem. By comparison, the other victims had been slain with significantly less brutality.

Police recognized many suspects as possibly responsible for the Lake Bodom murders, including the surviving victim, Nils Gustafsson.

Gustafsson’s limited account of the night is due to his claim of being attacked first. He told police he became disoriented and believed the killer, whoever it is, thought Gustafsson to be dead while he attacked the rest of the group. He claimed that he saw the killer ‘dressed in black and bright red’ just before he attacked the group.

More eerily is that multiple people have confessed to being the Lake Bodom murderer. However, all who’ve confessed have been proven to have been elsewhere on the night it occurred.

The first suspect, a violent criminal named Pentti Soininen, claimed responsibility for the murders to a fellow inmate in his prison in the mid-1960s.

Soininen indeed lived near the murder site. However, he would have been fourteen years old at the time. It is improbable one fourteen-year-old could overpower four similarly aged persons, let alone do it and leave no trace evidence behind.

In a strange conclusion, Pentti Soininen hanged himself on June 6, 1969 – the day of the ninth anniversary of the murders.

Karl Valdemar Gyllstrom was the police’s most viable suspect. According to reports, Gyllstrom confessed to the murders to his neighbor while intoxicated, although he later denied doing so. Gyllstrom, a spiteful man, carried an intense hatred of children and campers.

Several days after the murders, Gyllstrom was seeing pouring concrete into a well in his back garden, which some believed may have been him disposing of murder weapons or items belonging to the victims. Bizarrely, the police never followed up on this incident.

Gyllstrom’s wife provided his alibi for the night of the murders, claiming that Gyllstrom was in bed all night. However, this statement became later retracted, asserting that her husband threatened to kill her if she implicated him on the murders.

Some locals also said they saw Gyllstrom returning home in the early hours of the morning on June 6. But due to Gyllstrom’s violent nature, they were too afraid to call the police. Gyllstrom’s possible involvement in the case soon ended, as similar to Pentti Soininen, Gyllstrom also committed suicide in 1969.

In a particularly haunting exchange, Gyllstrom told a friend of his, Börje [no last name given] that he killed the teens, but Börje didn’t believe him. When Gyllstrom asked what he should do if he were responsible, Börje said, ‘you should drown yourself, because you’ll be spending the rest of your life in prison.’

A few hours later, Gyllstrom returned to Lake Bodom, where he committed suicide by drowning himself. On June 6, 1960, Assmann arrived at the Helsinki Surgical Hospital in an extremely delirious state. His clothes appeared blotted with red stains. He spoke incoherently, and his fingernails appeared dirtied black.

At points, Assmann pretended to be unconscious as a way to manipulate the doctors into seeing him quicker than the other patients. When this didn’t work, Assmann became hostile towards staff and patients and subsequently told to leave.

Interestingly, on the morning of the Lake Bodom murders, two children claimed to have seen a ‘blonde man’ fleeing the crime scene around the time the murders occurred.

What Happened to the Crew of Casie Nicole

Assmann, it turns out, had long blonde hair at the time of the Lake Bodom killings. When this information became public knowledge, Assmann reportedly shaved hair completely bald. Additionally, the clothing that Assmann wore when he entered the hospital that morning matched the children’s description.

Assmann lived in the Lake Bodom area, and his behavior around the time of the murders was cause for suspicion. Many detectives believed Assmann to be involved in the killings somehow, even if he wasn’t directly responsible.

Furthermore, Assmann had been a murder suspect in the past. Second, only to the Lake Bodom murders, the case of Auli Kyllikki Saari is one of the most famous cases in Finnish history. It involves the murder of a 17-year-old Finnish girl in 1953 of which Assmann became a major suspect. The police also linked him to at least three other unsolved cases.

After the incident, Nils Wilhelm Gustafsson lived a normal life for over forty years. He married, had two children, and retired from working life. However, in 2004, Finnish police re-opened the case based on the discovery of new DNA evidence.

The police found blood samples from each of the victims on Gustafsson’s shoes. They also ascertained that the killer, whoever it might have been, was wearing Gustafsson’s shoes either during or after the murders. 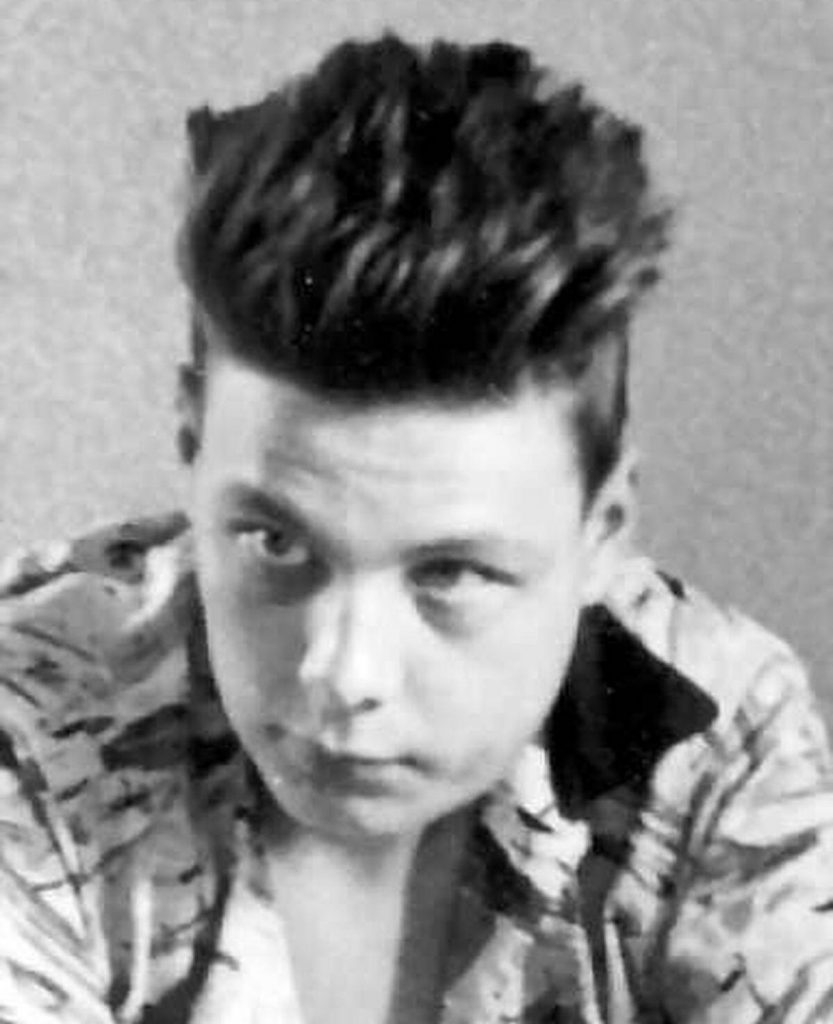 The theory which police put forward was that Gustafsson erupted in a jealous rage over an incident with his new girlfriend, Irmeli Björklund. There are no specific details about why Gustafsson would explode in such a manner. Still, a re-examination of the case was authorized based on the new evidence and a possible motive.

To explain why Gustafsson also suffered multiple wounds, police proposed that Gustafsson stabbed and bruised himself to appear as though another perpetrator was responsible.

Gustafsson’s girlfriend, Björklund, suffered the most stab wounds, which suggests a personal vendetta. But it is unlikely that Gustafsson would be driven to such extremes by mere teenage jealously.

In October 2005, the court acquitted Gustafsson of all charges, thus rendering the identity of the real killer a mystery.

Another mysterious element to the Lake Bodom murders comes from a peculiar funeral photograph.

During his initial questioning, Nils Gustafsson was put under hypnosis and asked to retrace the events in as much detail as possible. Having recalled what his alleged attacker looked like, he dictated the description to an artist who created a composite sketch of the man. 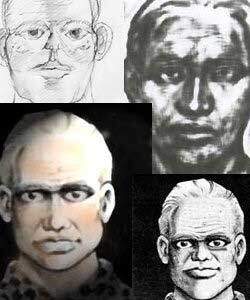 The Lake Bodom murder sketch of the killer as described by Nils Gustafsson while under hypnosis.

Later, during one of the Bodom victims’ funeral, someone took a picture that showed a man greatly resembling the composite. The identity of this mysterious man remains unknown. Some believed the strange figure was Hans Assman. But other sources stated that Assman didn’t attend the funeral at all. 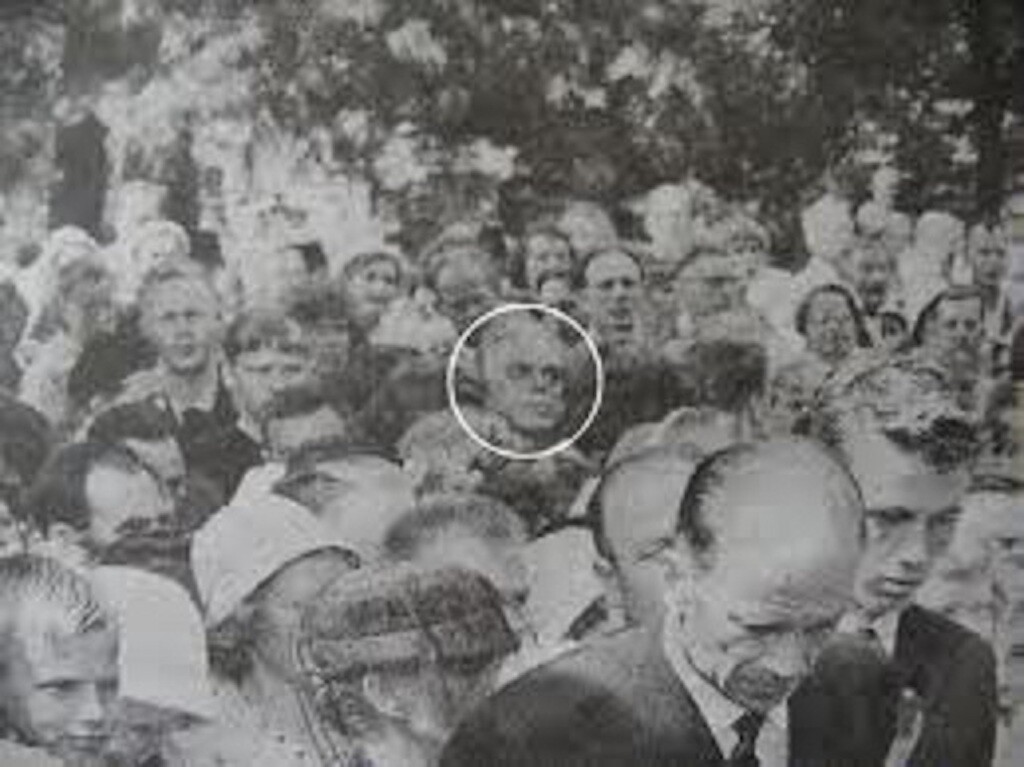 Aftermath of the Lake Bodom Murders

For over fifty years, parents have warned the children of Finland to be on their best behavior. Otherwise, they too could fall victim to the phantom Lake Bodom murderer. He has become somewhat of a boogeyman in Finland. A supernatural figure who attacks unruly children from the shadows.

Most people involved with the mysterious Lake Bodom murders have since passed on, taking what little knowledge of the incident they have to their graves. The killer will most likely never face justice, and the question of who brutally murdered three teenagers fifty years ago will remain unanswered.

Disappearance of the Beaumont Children