The Lost Mine of Ophir and King Solomon’s Gold

Having ruled on or around 970 BCE, the legendary King Solomon is arguably one of the most recognizable characters within the pages of the Old Testament. The third King of Israel, Solomon was a renowned ruler that oversaw growth from a single state into a venerable superpower of the Middle East in biblical times. During his near four-decade regency, he had a reputation for wisdom and clear judgment. But King Solomon had another aspect to his legend: his immense wealth from gold that historians say came from the lost mine of Ophir. This brings us to one of the great mysteries of all times that nobody can seem to agree on. Where was Ophir? And the navy also of Hiram, that brought gold from Ophir, brought in from Ophir great plenty of sandal-wood and precious stones.

Where Did the Gold Come From?

By today’s standards, Solomon was reputed to have a personal fortune in excess of $60 trillion. Much of this came in the form of pure gold. By the end of his sovereignty, estimations indicated that he owned 500 tons of gold. Modern gold usually comes in the form of bullion. But King Solomon used a portion of his gold to fashion items such as shields, cups, and plates.

King Solomon’s temple, built in the mid 10th century BCE, was bedecked in gold. At his palace, builders constructed his throne from a combination of gold and other precious material, ivory. A gold footstool rested at its base. Leading up to his golden throne, a dozen life-size replicas of lions formed a guard of honor on six steps.

Unfortunately for historians, the Bible never went into specific detail about King Solomon’s mine of Ophir. There was never a specific record of its location: only general clues that could pertain to a number of places. Scholars believe that Solomon worked with another regent, Phoenician King Hiram, to acquire vast quantities of gold. Hiram ruled a region known at the time as Tyre, which is believed to be located within modern-day Lebanon.

The Phoenicians were renowned sailors and established several outposts throughout the Mediterranean sea. Some also say that part of this commerce extended into the Atlantic and Indian Oceans, perhaps even as far south as Africa. Because the Phoenicians traveled extensively, the exact location of this fabled source of gold is open to interpretation. 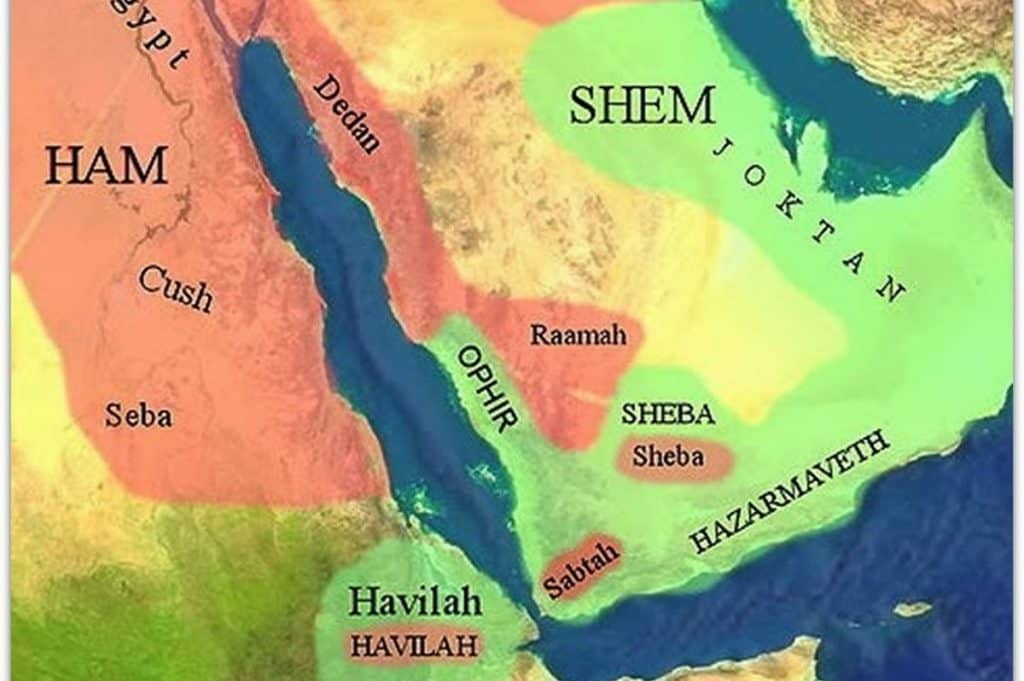 There are several theories on the location of King Solomon’s mines, some more credible than others. Archaeologists have found copper mines in Isreal and Jordan. They have claimed that those were really King Solomon’s mines and the source of his wealth. However, the search still continues for lack of conclusive evidence.

Tomé Lopes is best known today for being the scrivener to the famed Portuguese explorer, Vasco de Gama. Lopes proposed that Ophir was an original, certainly ancient, name for Great Zimbabwe. During the Renaissance period, this was the central hub of all trade in African gold. Archaeologists have dated the ruins in this region to the medieval era, and they cannot possibly derive from Solomon at all. 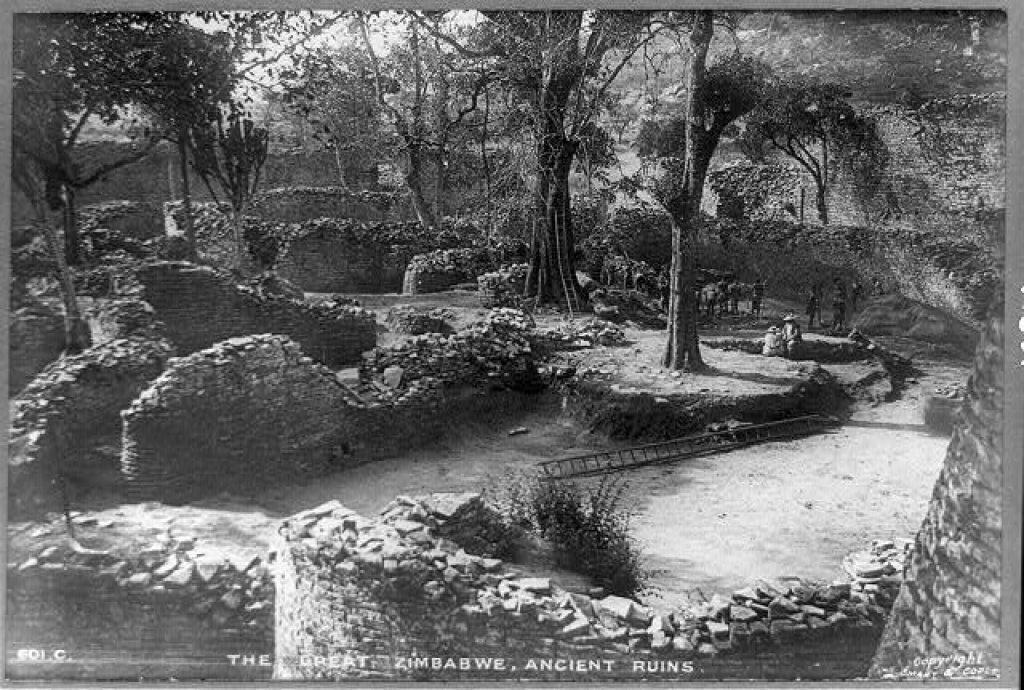 Alternatives to this suggestion have some scholars convinced that Ophir can be found along the coastline of the Red Sea, likely in Ethiopia. A tribe in Ethiopia is known as the Afar people. This is a predominantly Muslim tribe that number at more than a million. Others dispute this and say a much more plausible location for Ophir is in modern-day Tunisia – home to the Afri people. Afri was a Latin name given to the Carthaginians and this tribe could have origins stemming from Libya. The name also supposedly relates with the Phoenicians as well.

The Dravidians were very well-known for their gold, ivory, and precious gemstones. In ancient times, sandalwood was exclusive to South India, where the Dravidians were said to have originated. Historians support this conclusion by the belief that certain words in certain areas have a common root origin in the Hebrew Bible. There was another claim in 1897 that links the Coptic name for India, Sophir, to the Indian river Cophen. This is also often associated with parts of Afghanistan.

The author of a Spanish book called Colección General de Documentos Relativos a las Islas Filipinas (General Collection of Philippine Islands related Documents), describes the method required to find Ophir. The section ‘Document No. 98, written between 1519-22, Ophir can be found by first traveling from the Cape of Good Hope to India. From there onto Burma, Sumatra, then Moluccas, Borneo, Sulu and then China. According to this claim, Ophir exists in front of China towards the sea and many islands. This would rule out Japan and Taiwan as options and make the Philippines a more viable option.

Approximately 50 years after the Colección General de Documentos Relativos a las Islas Filipinas was published, Benito Arias Montano suggested that native Peruvians were descendants of the Ophir tribes. He believed that the Yucatan province shared a name with the father of Ophir, Ioktan. Supporters of the pre-Columbian connections between Eurasia and South America dispute the notion of Peru in favor of Brazil.

All of these suggestions really stem from the personal beliefs of the authors in question. There are few hard facts to validate any claim. One of the few facts revealed in the pages of the Bible was that every voyage to find Ophir began in the same place: the Red Sea port of Ezion Geber. It wasn’t only gold that came to Israel from Ophir. There were accounts and records of peacocks, apes, spices, and sandalwood.

The Bible from Hebrew to Greek

There are those that believe the true location of the Ophir mine may still exist in ancient texts. Somehow along the way, the original name evolved with mistranslations. The Bible was originally written in Hebrew and was translated into Greek. It was further translated into Latin and eventually into English. In Greek, the name Ophir has origins from the word Ophis, which means ‘serpent’. As the Hebrew word for serpent is ‘Saraph’, it is more likely that Ophir was a location that the Hebrews named, and not the Greeks. Experts even question the ivory, apes, and peacocks, as they too may be incorrect translations.

Studies of the Hebrew Bible reveal an interesting fact. Apparently, round trips to Ophir took three years. Wherever it is, it may not have been close to Ezion Gerber. Ships that left port would need to pass the Arabian Sea and into the Indian Ocean. Ophir should really exist somewhere within this body of water.

The original Hebrew text of the Bible borrowed heavily from Tamil wording. The Tamil language has one word, Ovar, that has multiple meanings. Thus, Ovar can refer to artists and skilled craftsmen and artisans among others. Some say these people came from a place the ancients knew as Oviyar Nadu. The name shortened to Oviyar. Sailors foreign to the land might have suffered problems with that pronunciation and simply used Ovar instead. Ovar was a name adopted by the seaport in the northwestern coast of Ilanka.

Ilanka has had many names down the centuries. Perhaps the best known of these is Ceylon. After gaining independence from Britain, Ceylon became known as Sri Lanka. Sri Lanka is an island found in the Indian Ocean with heavy Tamil influence and known for its peacocks.

Answers to the Ancient Mystery

Although many archeologists claimed to have found the lost mine of Ophir, there has been no conclusive evidence. If someone does indeed find the ancient mine, chances are that no gold remains. Perhaps this is not the point. However, one can argue that in this case, the speculation and wonder are probably more intriguing than the actual find would be. Until then, we’ll keep searching…just in case.

Was The Nikola Tesla Death Ray a Real...

The Mysterious Death of Zigmund Adamski