Delphine LaLaurie, also known as Madame LaLaurie, was a wealthy and powerful slave owner during the early 1800s at her New Orleans Royal Street mansion. She was born in New Orleans circa 1780 to an Irish gentleman and a French lady of upper society. The distinguished French Creole aristocrat was taught well the ways of charm and grace, and she was notably beautiful. However, beneath her external beauty lay unparalleled darkness. Behind the closed doors of her French Quarter mansion, she tormented, tortured, and murdered several of her slaves. The Sadistic slave owner left behind a legacy of cruelty so shocking that her story has been recounted thousands of times ever since her last fateful day in New Orleans in 1834. 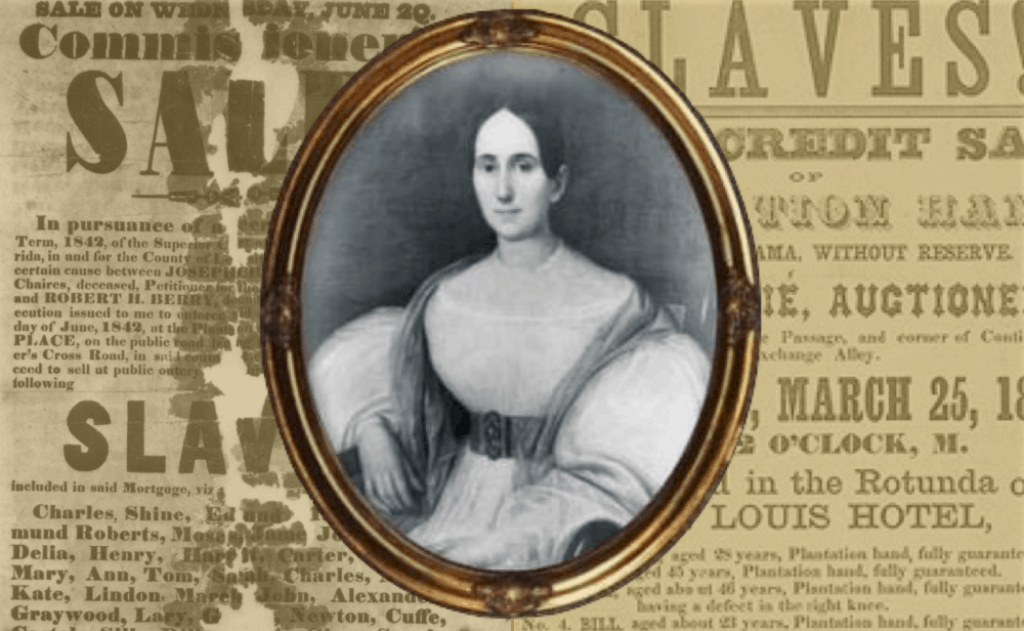 Who Was Madame LaLaurie?

Delphine LaLaurie was the daughter of an Irish immigrant father who settled in New Orleans during the French colonial period. Her parents were important members of the local community, and Delphine’s cousin was the mayor of the city from 1815-1820.

An attractive young woman, Delphine married well. Three times. Her husbands included a Spanish royal officer, an important local banker, and the physician, Louis LaLaurie. Prior to her last marriage, she was Madame Blanque, however, the good doctor brought a new title to the socialite — Madame LaLaurie.

Delphine had given birth to six children by her three husbands. However, only two daughters lived with her at Royal Street. Additionally, Delphine became the mistress of a house full of slaves. Even though the marriage was a good scenario for many women at the time, the lovely aristocrat was unusually independent. In fact, she had her own businesses and wealth, and she insisted on managing her own affairs.

The Zach and Addie Murder Suicide

No one knew that those affairs included torturing and murdering the slaves of her household. Although most official reports claim that she was directly responsible for the tortuous deaths of four slaves, many people believe it may have been more than that. Her macabre actions make her one of the most notorious female serial killers in American History.

On the outside, 1140 Royal Street was a benign and glorious example of wealth and social standing. It was pure New Orleans elegance and class. Madame LaLaurie purchased the prime piece of French Quarter real estate for $33,000 in 1831. Most people presumed that she used money the two-time widow inherited from her previous husbands. The following year she built the large two-story mansion and attached the slave quarters. It stood like a sentinel above the Vieux Carre. At the time, Delphine’s mansion was one of the tallest structures in the French Quarter. 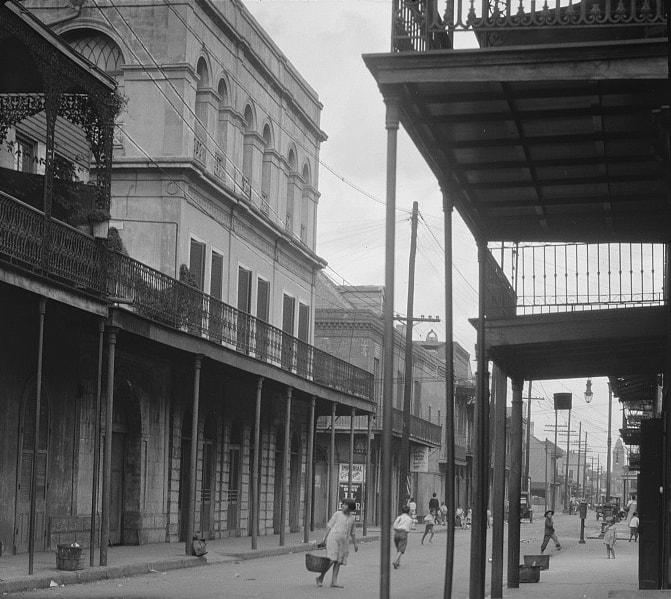 Looking down Royal Street; LaLaurie’s mansion is the tall building on the left, circa 1920. Public domain.

Inside, things weren’t so idyllic. Whispers circulated throughout the Quarter about Madame LaLaurie’s sadistic side and her fondness for abusing the slaves. By 1833 it was becoming harder for her to evade the attention of local authorities.

Even her two daughters “were also thought to be spiritless and unhappy looking. But the lady was so graceful and accomplished, so charming in her manners and so hospitable, that no one ventured openly to question her perfect goodness ” (Martineau: 258).

The story goes that the mistress became upset when one of her slaves, a 12-year-old girl named Lia, caught a tangle while brushing her owner’s hair. The cruel woman seized a whip and Lia ran. Lia’s little legs carried her to the second floor, up through the attic, and to the roof of the mansion. As a neighbor looked on, Delphine LaLaurie emerged and closed in on the young girl. What happened next is a matter of speculation that is still discussed in New Orleans. Some say Lia lost her footing. Others say the woman pushed her. A few say that she jumped on purpose. All that is known for certain is that Lia tumbled from the roof of the mansion.

Delphine’s neighbor had witnessed this event. “Seeing the child about to spring over, the witness put her hands before her eyes: but she heard the fall, and saw the child taken up, her body bending and limbs hanging as if every bone in her body was broken. The lady watched for many hours, and at night she the body brought out, a shallow hole dug by torchlight in the corner of the yard, and the body covered over. No secret was made of what had been seen” (Martineau: 258).

An investigation ensued, and the court found the slave owner guilty of illegal cruelty against nine slaves. As a result, she paid a fine and forfeited the slaves.

Madame Buys Her Slaves Back

What happened next is evidence of the slave owner’s cunning wickedness. Perhaps she sought vengeance. She convinced relatives to buy back the slaves and sell them back to her. Subsequently, the slaves quietly returned to the mansion at night. People speculated that the sadistic woman brought them back for the purpose of teaching them a lesson in the form of torture.

The Cook Sets Fire to the Mansion

On the morning of April 10, 1884, one of Delphine’s slaves decided she could no longer endure the terrors at 1140 Royal Street. Delphine had chained her to a stove in the kitchen where she labored over luxurious meals for the mistress and her guests. In her misery and fear, the 70-year-old woman decided to take her life, so she started a fire. Her hope was that the flames would consume both herself and the house of horrors.

The fire spread quickly, but not fast enough. Local police and fire brigades responded. While Madame LaLaurie struggled to save her furniture, authorities tended to the old woman wearing the ankle chain at the stove. Later, when the fire was more or less under control, the slave confessed her arson and her choice of death over life with Delphine. Additionally, she told her rescuers that when the Madame took slaves to the upper areas of the mansion, those poor souls never returned.

Bystanders involved in bringing the fire under control sought to assist authorities with an evacuation of the mansion. When they found the door to the slave quarters locked, Delphine and her husband refused to hand over the key. A few of the local citizens took it upon themselves to break down the door. What awaited them on the other side was a scene so gruesome that it has left a lasting imprint on the collective psyche of America, subconsciously drawing us all to the horror of Madame LaLaurie’s persona.

Terror in the Slave Quarters

On April 11, 1834, the New Orleans Bee stated, “Seven slaves more or less horribly mutilated were seen suspended by the neck, with their limbs apparently stretched and torn from one extremity to the other. In her thesis paper for Lousiana State University, Katy Frances Marlas stated:

The New Orleans Advertiser described finding one of the male slaves with ‘a large hole in his head; his body from head to foot was covered with scars and filled with worms…those who have seen the others represent them to be in a similar condition. 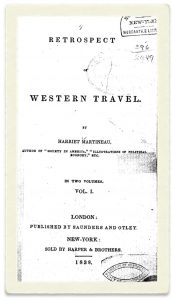 Harriet Martineau was an English writer and the first female sociologist. In 1836, just two years after the fire, she visited New Orleans. With the help of her extensive contacts in New Orleans, she thoroughly investigated the Madame LaLaurie story. In fact, it was the sight of the Royal Street mansion ruins that incited her curiosity. She subsequently published a report in her book Retrospect of Western Travel, in 1838, in which she gives an extensive account of the disturbing story.

“A horrible sight met their eyes. Of the nine slaves, the skeletons of two were afterward found poked into the ground; the other seven could scarcely be recognized as human. Their faces had the wildness of famine, and their bones were coming through the skin. They were chained and tied in constrained postures; some on their knees, some with their hands above their heads. They had iron collars with spikes which kept their heads in one position. The cowhide, stiff with blood, hung against the wall; and there was a step-ladder on which this fiend stood while flogging her victims, in order to lay on the lashes with more effect.”

Time, of course, works its own brand of nefarious embellishments on a story such as this. Unverified accounts assert that one slave’s intestines had been released from his stomach and looped around his waist like a belt. Supposedly, Delphine LaLaurie broke the bones of a female slave and reset them to make her resemble a crab. Some even claim that there were more than 100 victims in the attic, most of which were still alive.

Citizens “of all classes and colors” in New Orleans were outraged in the wake of the awful discovery at 1140 Royal Street. According to Martineau, “The rage of the crowd, especially of the French Creoles, was excessive.” A mob descended upon the house immediately after the grisly discovery. In the following days, they literally gutted the wretched place. First, they tore up the fine furniture that was a source of pride to the mistress. Then they broke the dishes and pieces of art in the home. Additionally, they disemboweled her precious featherbeds and threw the feathers on the streets outside. Absolutely nothing escaped their rage. When they had finished, little remained but the walls.

Sensing the trouble that was to come, the evil woman left her daughters behind and sought to escape. According to Martineau, later that afternoon Delphine’s coachman quickly shuffled her into the carriage. He drove her to the river where she took a schooner to Mobile, Alabama, and then she left for Paris. Martineau reported in her 1838 book that “She fled that night, and is supposed to be now skulking about in some French province, under a false name.” However, someone identified her in France and told her that she needed to leave.

Delphine reportedly died there on December 7, 1849. Subsequently, the caretakers of her remains quietly returned her to New Orleans and placed her body in the Saint Louis Cemetery.

Her two daughters had to climb out the window to escape from the angry citizens. Martineau reported that they were living in poverty outside the city.

Pop culture has developed a fascination with the story of Madame LaLaurie. Most recently, the popular repertory television program American Horror Story included Delphine’s character in a season titled Coven. Additionally, poems, books, and even video games have featured the famous criminal. The story has captured the imagination of the American public, perhaps because it is so nightmarish that it bears the hallmark of fiction. 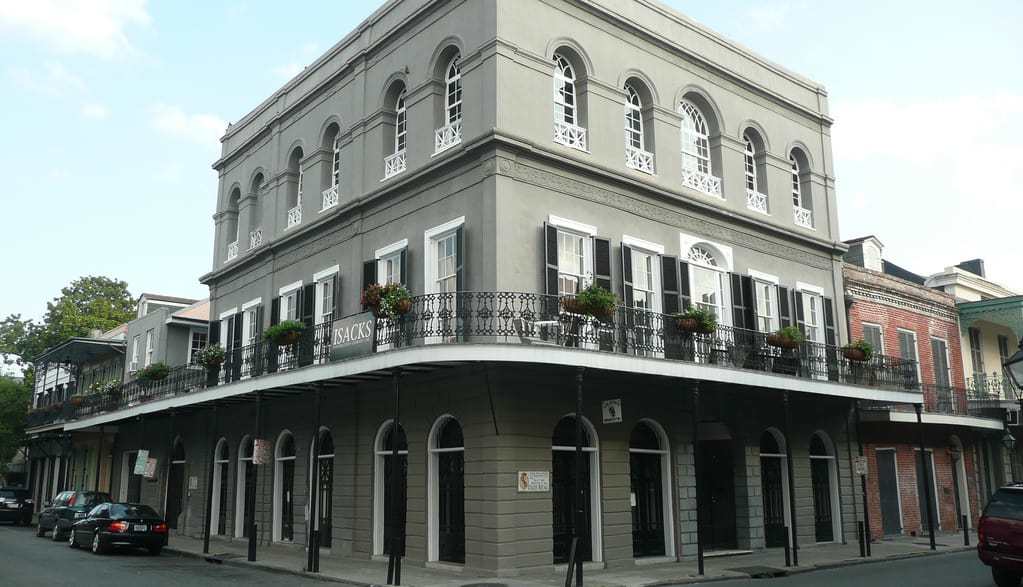 Today, 1140 Royal Street has the reputation for being the most haunted place in New Orleans. Many people claim that blood-curdling screams and eerie figures of the restless slaves emanate from the mansion. Thanks to the many tour companies in the city, the dark history of Marie Delphine LaLaurie and the evil mistreatment of slaves that was once so prevalent in the area will never be forgotten.

Scotty Rushing is a professional freelance writer and published author. His works have placed in the bestseller category at Amazon on multiple occasions. Scotty lives in Louisiana with his dog, Bentley, where he is currently working on a full-length novel and other creative projects.

Ancient Tattoos of Ötzi and El Morro Man: What Did They Mean?

The Bizarre Murder of Roland T. Owen in the Kansas City Hotel