The Story of Zach Bowen and Addie Hall

In late October of 2006, police responded to a call from the Omni Hotel in New Orleans regarding a jumper. A man had apparently leaped off the roof of the building and landed five stories down on the hotel’s parking garage roof. When the police got there, it was clear that the man died on impact. It seemed, at first, that this was not a job for homicide. What did they have to do with a man who took his own life? The answer was in the deceased’s front pocket in the form of a several page long suicide note. In it were instructions on how to find pieces of his girlfriend. 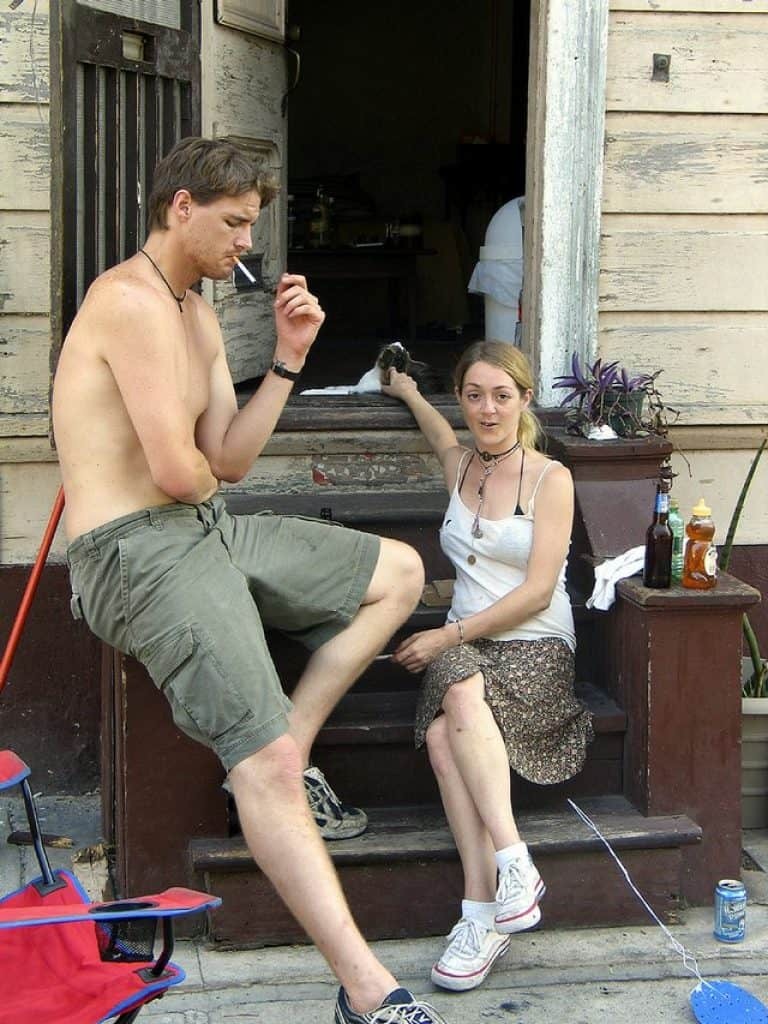 A September 13, 2005 photo of Zach and Addie in front of their home in the French Quarter of New Orleans. This photo was taken after Hurricane Katrina struck the area. Image Credit: Bill Barrow

Zack Bowen was, according to those who knew him, a decent person There was nothing about him that made people guarded or nervous. Zach was neither extraordinarily attractive nor memorably unattractive. He was not mean. He was not the homecoming king, just a pretty average American boy. Zach had plenty of friends, was sociable and clearly hid whatever was welling beneath the surface in the last few years of his life.

When Zack was 18 years old, he met a 28-year-old stripper named Lana Shupack. The two married and, according to some sources, Zack joined the military in order to support her and the two children their marriage bore. He rose to the rank of Sergeant in the U.S. Army over the course of a tour in Kosovo and a tour in Iraq. Some of his time in Iraq was spent at Abu Ghraib. At least one of his friends told Bowen’s biographer that he seemed to change while overseas. He was less happy and wanted to come home.

Chris Benoit – The Murder-Suicide of a Champion Wrestler

Zack Bowen got his wish to come home via a general discharge. Because of the less than honorable conditions of his departure from the Army, despite an alleged honorable recommendation from his commanding officer, Bowen was left bitter. Still, he managed to keep enough of a smile on to become a bartender in the French Quarter of New Orleans after he came home. He and his wife separated not long after his return, leaving Zack single in a city full of eligible women.

Bowen eventually set his sights on another bartender. Her name was Addie Hall. The two had one important thing in common, they both liked to drink — a lot.

When Hurricane Katrina hit, the two holed up in their apartment together and rode out the storm. They were two of very few people who did not evacuate. This gained them media attention in the wake of the storm, partly because Addie had a habit of baring her breasts at police officers when they drove by. The two were also known to make cocktails for visitors to the damaged neighborhood. 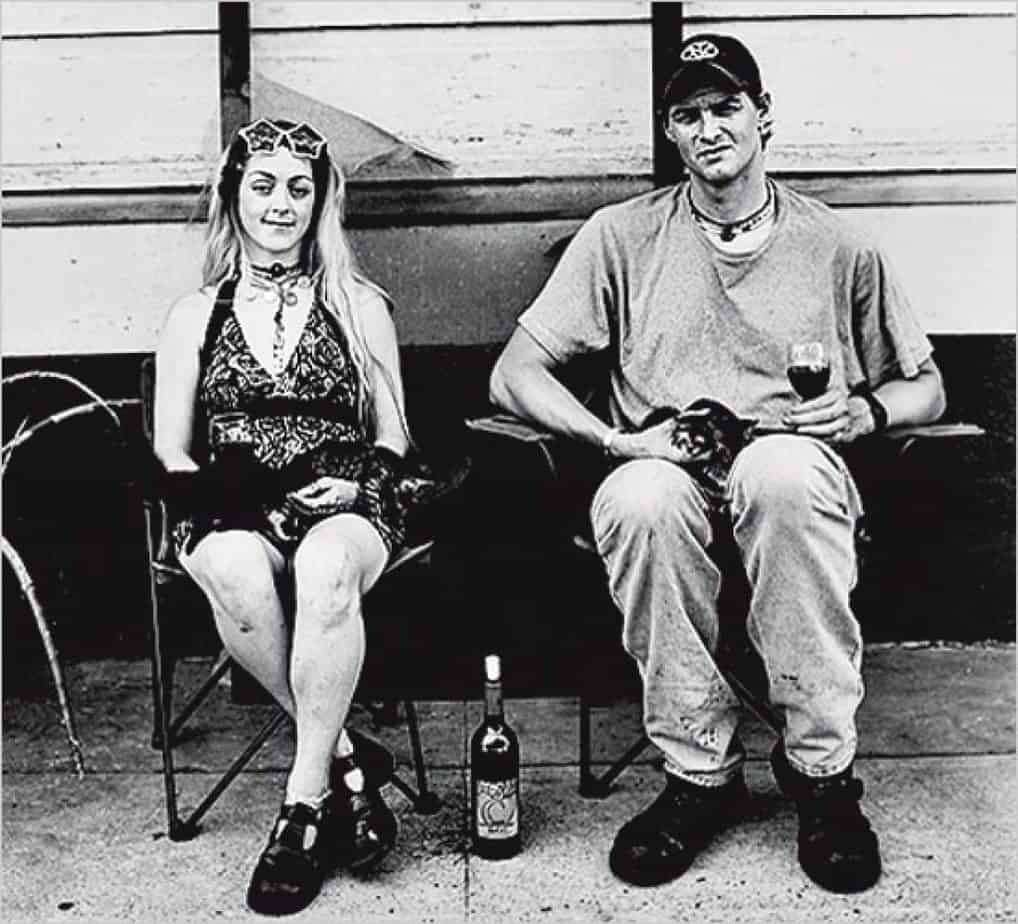 The aftermath of Hurricane Katrina was like a camping trip to the young couple. They lived without electricity, drank what they had, traded booze for water, and lived a life without responsibility beyond survival. Many would later say that it suited them and going back to real life had been the tragedy for the pair. Hall was known for being a mean drunk and abusing her boyfriend when she was in the mood. Once things started getting back to normal in the French Quarter, she reportedly told their landlord that Bowen was cheating, so she was going to kick him out. It is hard to tell if these accusations were based on drunken delusion or reality.

It could be said that Zack Bowen and Addie Hall had an unsustainable lifestyle. On the one hand, there is a bartender (perhaps also a stripper, according to some sources) who drinks too much and maybe too free with her fists. On the other hand, there is a damaged man who also drinks too much, has been across the world to fight only to come back to a small corner of the world and fight again, in more ways than one. Add to that the fact that their friend “Squirrel” was allegedly supplying them with a steady stream of cocaine. Imminent disaster couldn’t be more obvious. What was shocking was how it all came crashing down.

This was the state of their lives when the two 28-year-olds got into a fight on October 5, 2006, in their apartment on N. Rampart St. above the Voodoo Spiritual Temple. According to notes left by Bowen and evidence at the scene, Bowen strangled Hall to death in the bathtub before cutting her into pieces. Her head was placed in a pot on the stove. Her feet were either in another pot with her hands or in the oven with her legs, sources differ. The remainder of her corpse went in the refrigerator in a large bag. 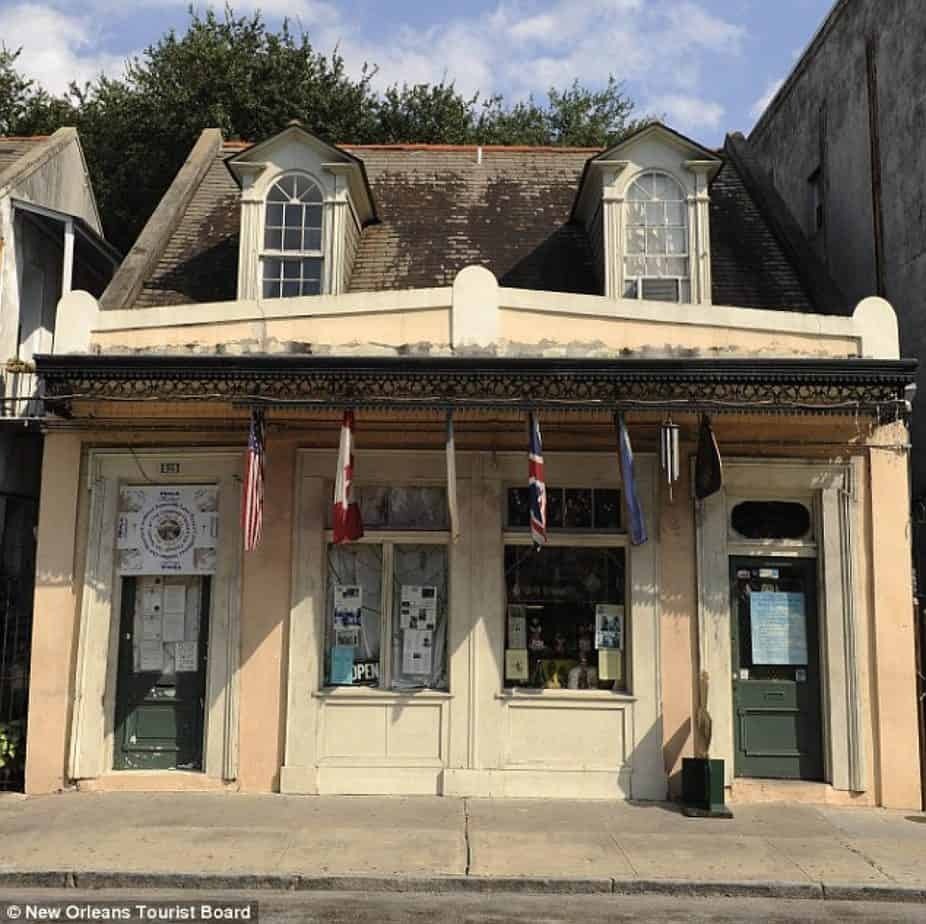 The New Orleans Voodoo Spiritual Temple was damaged in a fire on February 1, 2016. Image credit: New Orleans Tourist Board.

Zach subsequently cooked what he managed to get on and in the oven. He reportedly said that he was trying to “separate the meat from the bone.” It is likely that this was an attempt to get rid of the evidence. There is nothing to suggest that the man was trying to consume Addie Hall’s remains. What he did cook was so charred as to be unrecognizable. While the police knew who the victim was before they even entered the home more than a week later, it took some time to identify her because of the condition of her remains. Some sources also state that Bowen had sex with her corpse. Police adamantly denied this claim.

After the murder, Zack Bowen spent some time in the apartment, writing messages on the wall in spray paint and penning the five-page note that would eventually be found with his body. When he wasn’t there, he was out drinking, getting strippers, and doing drugs with his friends. All of this was evidently in an effort to numb the shock of what he had done, as evidenced by what he wrote and eventually did.

The letter in Zack Bowen’s front pocket at the time of his death told police where he lived, where they would find Addie, and why. His keys were also in his pocket, as was the name of his landlord, who would eventually let the police into the apartment. On the walls of the apartment, in spray paint, they found these messages:

Please call my wife. I love her. I’m a total failure. look in the oven. Please help me stop the pain.

There were also burns on his body that left a message. He stated that he burned himself with a cigarette for every year of his life as punishment for his failures.

Theories of why Zach Killed Addie

There are those from the French Quarter and elsewhere who think this was more than just the story of tumultuous love, drugs, alcohol, and murder. Some believe a demonic presence emanating from the voodoo shop under the home influence Zach Bowen. Whether this theory holds any water is a matter of opinion. However, the owner of the Voodoo Spiritual Temple is well known and respected in the French Quarter. Whether or not that has any bearing on her hosting a demon in her shop is another matter of opinion.

Another possible explanation for this bizarre crime is that Zack’s experiences just caught up to him. Perhaps he had some lingering issues as a veteran from his two tours overseas. Maybe Addie really was as abusive as they say. Maybe all of this added up to him feeling so much like a failure that, after he snapped and killed his girlfriend, he first tried to hide the evidence and then took his own life.

Whatever the reason Zack Bowen killed Addie Hall, he was clearly one of the few killers who went to enough trouble to cook their victims and later felt true remorse. The Albert Fishes and Jeffrey Dahmers of this world do not typically feel bad. Of course, they also ate what they cooked. That Bowen killed himself and the clear confusion he felt in the aftermath is evidence enough that even he was disgusted by what he had done. Do demons, whether war-related or truly from hell, excuse such a ghastly crime? Of course not. Even Zack Bowen knew that. Is it possible that his own suffering made victims out of both him and Addie Hall? Almost definitely.

Burke and Hare: Murderous Merchants in the Fresh...