The bodies had been posed. The man and woman had been laid out side-by-side next to a crab-apple tree. The man had a hat covering his face and the woman’s head rested on the man’s right arm. Torn bits of paper lay between the bodies (later found to be love letters between the two). A calling card was propped up against one of the man’s shoes. The killer or killers had taken the time to arrange the bodies after they were dead. This is the scene of the Hall-Mills Murders. The bodies were found by a pair of teenagers out for a stroll on the evening of September 16, 1922. They notified the police, who quickly descended on the scene. The officers found that the man had been shot once in the head and the woman had been shot three times in the head. Her throat had also been cut and, as discovered later, her tongue had been removed. The bodies were quickly identified as Reverend Edward W. Hall, the pastor of a church in New Brunswick, New Jersey, and Mrs. Eleanor R. Mills, a singer in the choir of Hall’s church. Both were married but had been having an affair for some time. 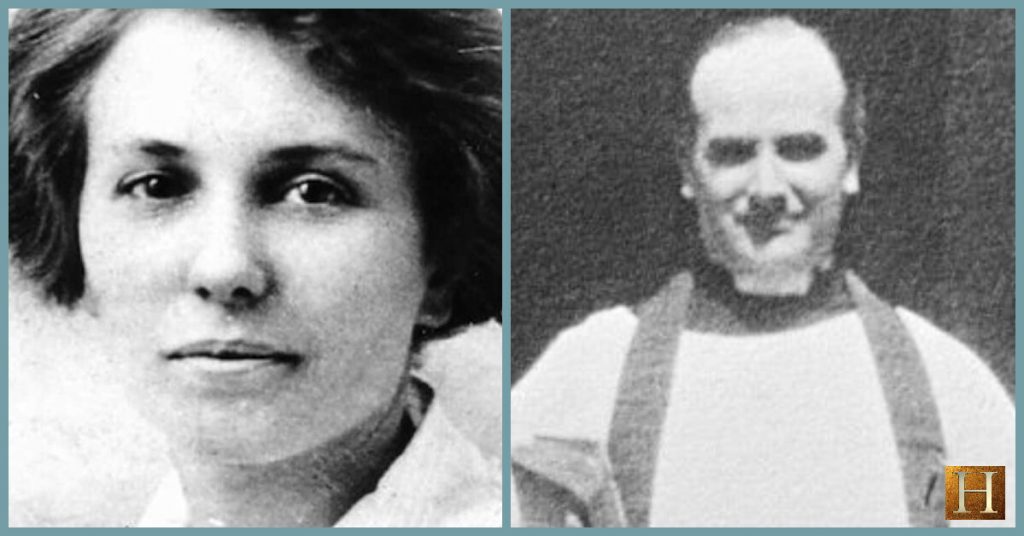 Reporters arrived on the scene before the bodies had been taken away and tramped around the area, contaminating the crime scene of possible clues. The card at Hall’s feet was passed around to reporters, police, and curious onlookers–making any fingerprint evidence permanently obscured.

Almost immediately, the police suspected the spouses of the victims. Both claimed to have spent the evening at their homes. When their spouses had not returned home, they had gone out in search of them but had been unsuccessful and returned home. Eventually, the police would also suspect two of Mrs. Hall’s brothers.

A crowd of locals came out of the woodwork to claim they had been near the crime scene and had heard shots, had seen Mrs. Hall and several men at the crab-apple tree on the night in question, or had seen other suspicious persons in the area. Police were dizzy following up on the various leads, many of which contradicted each other. The most notable witness, who would become a favorite of the newspapers, was a local woman named Jane Gibson who ran a hog farm and would earn the unflattering nickname of the Pig Woman. Her versions of what she saw would vary significantly each time she made a statement.

Prosecution Unable to Make a Case

The police eventually arrested Mrs. Hall and her two brothers. Their trial began November 3, 1926, and would last a month. Numerous witnesses were called. The prosecution’s key witness, the Pig Woman, was so ill that she had to be rolled into the courtroom in a hospital bed. Her validity as a source of eyewitness testimony was questioned even by her own mother who stood up in the courtroom and yelled that her daughter was a liar. Various other witnesses would attest to the calling card, the autopsies, and what they supposedly saw on the night of the murders. The prosecution failed to make a strong case and all three defendants were acquitted.

Later, many theories of what happened that night would be postulated. Some felt that Mrs. Hall and her brothers had committed the killings, but had gone free due to a flimsy prosecution case. Others believed that the Ku Klux Klan had killed off Reverend Hall and Mrs. Mills as a discouragement for immorality in general. Other theories claimed the killers were local teenagers, Mrs. Mills’ husband, or a hired assassin. At the trial, the defense even proposed that the Pig Lady did it.

The case has never been solved.