The Marre Man is a modern-day geoglyph located in south-central Australia. It depicts an aboriginal hunter holding a weapon in his left hand. It is one of the largest geoglyphs in the world, and the creator remains anonymous. 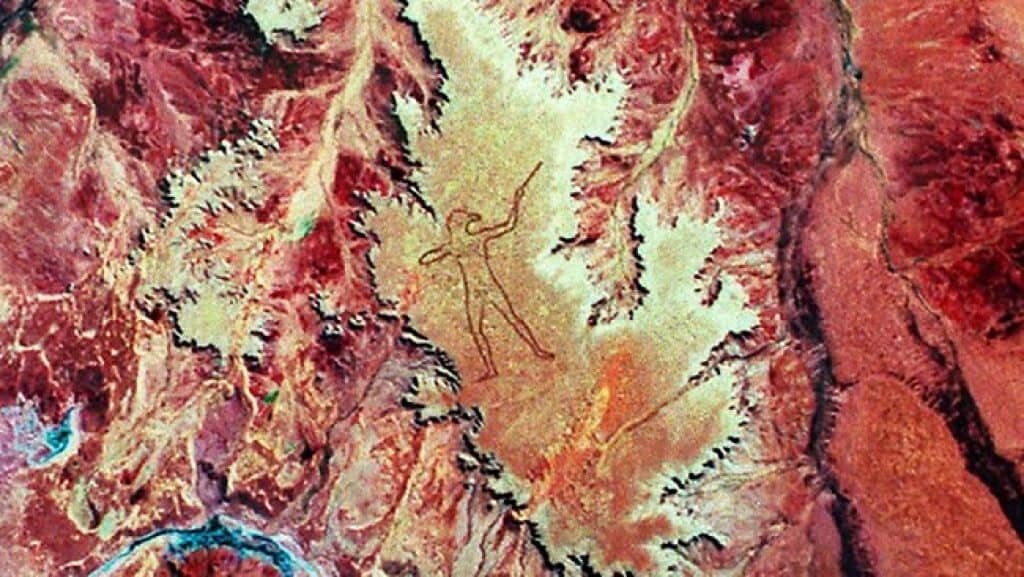 What is a Geoglyph?

Geoglyphs are works of art created either by making mounds out of material like rock or soil or digging lines or shapes into the ground. They consist of two categories:

Many geoglyphs are impossible to see as art at ground level. They look like grooves or mounds on the earth. Often, they blend in with the natural environment and are entirely unnoticed. However, when viewed from above, the human-made design is much more noticeable.

Some of the more massive geoglyphs are the Nazca Lines in Peru, a negative geoglyph, and the Cahokia Mounds in Illinois, a positive geoglyph. These are examples of relatively large and well-known geoglyphs that have been around long before our time. We also have a relatively good idea of who made them.

Oddly, nobody seems to know who built one of the world’s largest geoglyphs. It is a recent creation, built around June of 1998.

This geoglyph is called the “Marree Man,” located at Finniss Springs in the outback of south-central Australia.

Trec Smith, a charter pilot flying over the plateau, discovered the Marree Man or “Stuart’s Giant” on 26 June 1998. Its name stems from the township that is 37 miles to the east. The tremendous work of art remained largely ignored until local businesses and media received an anonymous fax regarding the Marree Man. The story ran on July 15, 1998. It was then that the public realized there was a giant-sized and mysterious geoglyph less than three miles outside of the town of Marree.

The Marree Man depicts a standing aboriginal hunter with a stick or possibly a boomerang in his hand. The man is roughly 2.5 miles tall and 28 km around. Some experts believe that it is remarkably accurate in its depiction of an aboriginal hunter. However, others say that it is incorrect. Either way, it is a very astonishing work of art.

Experts believe it was completed shortly before its discovery, yet nobody even noticed it under construction. The project must have required some heavy equipment and multiple people to construct. In fact, since that time, no one has even come forward and admitted to making it. The secrecy is very surprising because whoever did it did not commit a crime. They have no apparent reason to hide their identity, apart from wanting to add to the mystery.

“We think the only people who would know who did it would be the Aboriginal Affairs Department, but we’ll probably never, ever know.” 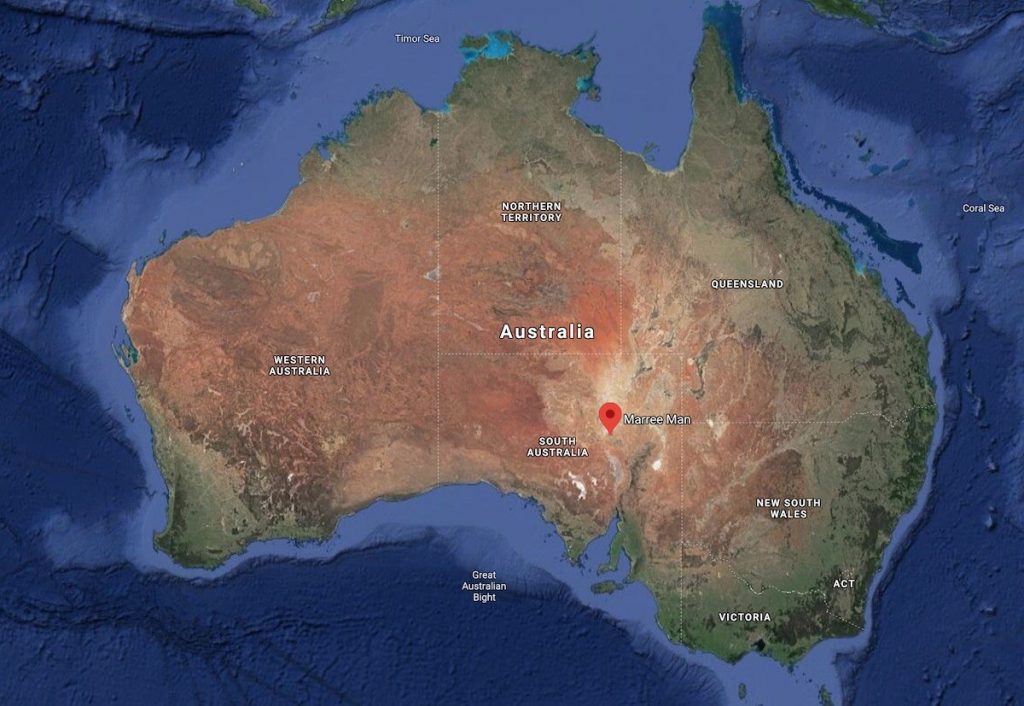 Even though no one has come forward to explain the Marree Man to the world, experts have a good idea of how they made it. The outline of the geoglyph involved removing the vegetation from the soil to create the lines. The designer then removed a layer of soil to reveal the lighter soil beneath, thus making the design stand out against its surroundings.

Experts believe they accomplished this by using tractors or plows to move the materials, judging by tread marks left at the scene. The lines are cut to a depth of 14 inches into the soil. The artist or artists might have used GPS to map out their design for accuracy. 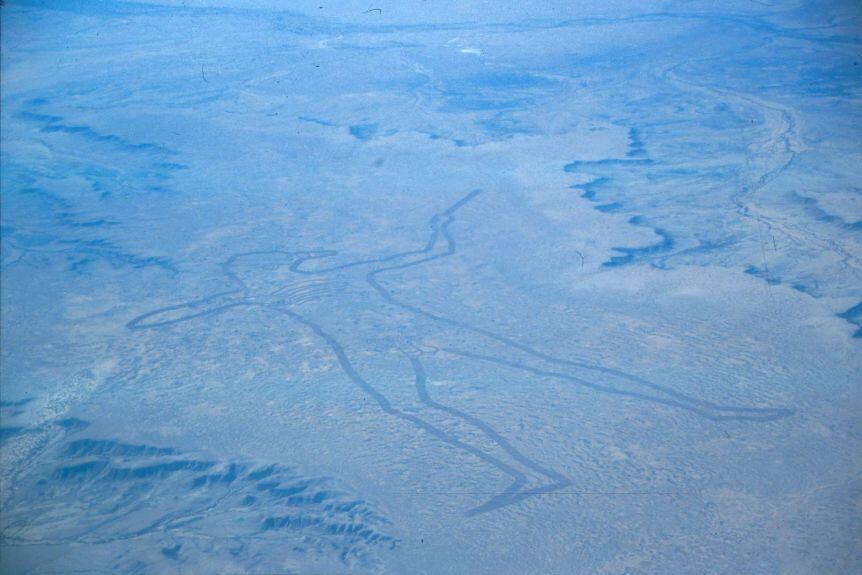 The land art as seen from the air. Wikimedia Commons: Peter Campbell.

Over the years, the Marree Man began fading due to natural erosion.  In August of 2016, Marree Hotel owners Phil and Maz Turner and William Creek Hotel owner Trevor Wright restored the artwork over a four day period.

“By following our GPS coordinates we painstakingly did it step by step. We finished it at two o’clock yesterday afternoon and from the air, it looks absolutely stunning.”

The identity of the artist and why they created the land art remains a mystery.