In the Outback of Queensland, Australia, ghostly orbs of light have been frightening people for centuries. Local residents call them Min Min lights, named after the early settlement and hotel in Boulia. Seemingly persistent one moment, but fleeting the next, the lights follow travelers far across the land and seem to have an intelligence about them. The town of Boulia has become somewhat famous for the ghost lights. Oral traditions of Aboriginal people recorded them as having existed even before the colonization of Europeans in Australia. What do we know about the mystery of the orbs and what are some of the theories about what they could be?

Descriptions of the Min Min Lights

Europeans first documented the Min Min lights in 1838. They are usually described as fuzzy disks or glowing football-shaped orbs that can grow in size, get brighter or dimmer, take on different colors, and move about. They hover about three feet above the ground and are often mistaken for the lights of an oncoming vehicle. But, unlike vehicle lights, these phantom lights of Boulia often appear to follow or approach travelers, whether they are on foot, on horseback or driving a car. Sometimes they stand still, while at other times they seem to chase the observer or bob up and down as if they’re dancing. Thousands of people have seen them over the years, and many of them reported it as a frightening or “spooky” experience.

The Sydney Morning Herald published an interesting story of an eyewitness account of these lights on January 25, 1947. The article began with the tale of the shady Min Min Hotel, which was once notorious for selling drugs and modified alcohol to the workers who would stop for a drink. Some of the men would stay at the hotel, while others passed through. Numerous men died there, either from the drugs and tainted alcohol, deadly brawls, or hoodlums murdered them for money. Those men were buried behind the hotel. But there was a fire in the early 1900s that burned the hotel down, and the only thing that remained was the graveyard. A short time after the fire, a stockman on horseback was passing through and he encountered the bizarre light. He rode to the police station and this is what he reported:

” I saw a strange glow appear right in the middle of the cemetery. I looked at it amazed. The glow got bigger, till it was about the size of a water-melon. I couldn’t believe my eyes as I saw it hovering over the ground. And then I broke into a cold sweat, for it started to come towards me.”

Remains of the graveyard at the old hotel site where the mysterious lights have often been seen in Boulia. Source: http://www.boulia.qld.gov

The stockman continued to tell the sergeant that he tried to ride away, but the light kept following him until he got to the edge of the town. The officer just smiled unbelievingly at his story. However, since the stockman’s encounter, thousands more have witnessed the lights.

Folklore of the Ghost Lights

It is unclear when Aboriginal people of Australia began seeing the Min Min lights. Oral traditions make it difficult to maintain a clear timelines of events. Some of the oldest stories of the Boulia region indicate that the increase in lights was associated with the killing of Aboriginal Australians by Europeans. Aboriginal people believed the lights came from their graveyards as the spirits of their dead ancestors who were perhaps unrestful because they felt the injustice of their murders. The Aborigines feared the lights, and believed that they could take someone’s life.

There are other theories about the lights. One idea suggests that they are the result of gaseous releases from the earth, such as those often seen at graveyards. Others propose glowing insects like fireflies may cause the illuminations. Fringe theorists support the UFO and paranormal avenues (ghosts, spirits, fairies). 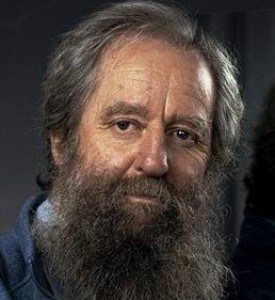 Jack Pettigrew determined the lights to be a Fata Morgana. Source: Cambridge.

Jack Pettigrew is Emeritus Professor of Physiology and Director of the Vision, Touch and Hearing Research Centre at the University of Queensland. While he was studying a nocturnal bird, he had an experience with the Min Min light. During his first encounter, he initially assumed it was the planet Venus. However, he observed that the light approached the horizon but never set below it, like a normal planet would as the earth rotated.

Related: The Norwegian Spiral: Crazy Theories in the Bizarre Mystery

On another occasion, Professor Pettigrew was driving at night with some colleagues when they saw the mysterious phenomenon. At first, they thought the lights were the shining eyes of a cat maybe 50 meters away. When they stopped the car, though, the lights continued to hover in front of them. The mystery only deepened when the scientists tried to track the lights to their source, which they calculated to be over 300 kilometers away, beyond the horizon.

Professor Pettigrew hypothesized that the Min Min lights are a type of mirage, or a Fata Morgana. A temperature inversion causes these types of mirages, in which a layer of warm air traps a layer of dense cold air underneath it. When light passes through the two layers, refraction occurs. In other words, the light bends. Since it is optically difficult for humans to identify bent light, it is easy for someone to believe that the light originates from where it appears to be. In a Fata Morgana, the image appears to be floating above the horizon or close in front of them, and this can be quite frightening for many people.

Wonderful during the day, such Fata Morgana can be terrifying at night when a single light source gives no hint that it is actually part of a mirage emanating from a great distance. Even hardened Outback observers can break down when they are unable to interpret the unusual optical properties of the light in terms of their own, very different, past experiences.

Professor Pettigrew conducted an experiment in which he created his own type of phantom light phenomenon. He chose a night with the right weather conditions and drove about 10 kilometers. Six witnesses saw the car lights floating above the horizon. Many other people saw an even more spectacular Fata Morgana the following morning when they saw a whole mountain range floating above the ground.

Ghostly Lights Around the World

Phenomena of phantom lights aren’t unique to Australia. Many other countries have stories about floating orbs and therefore have many names for them: “ghost lights,” “fairy lights,” “will-o’-the-wisp,” and “ignis fatuus.” Will-o’-the-wisp are ghost lights that were observed and named by people of the ancient Celtic lands of Europe: Ireland, Scotland, England, Wales. Unlike the min min lights, the will-o’-wisps appear mostly around wet grounds such as bogs and swamps. Some people believe them to be fairies or spirits, and because the lights resemble a disembodied lantern moving through the darkness, the story of the jack-o’-lantern is related to the will-o’-the-wisp.

Will-o’-the-wisp are ghost lights of the Celtic lands thought to be spirits or fairies. Source: Youtube.

In Mexico there is a type of light similar to the ghost orbs of Boulia that locals believe are the souls of witches. They call these brujas. In the South American countries of Argentina and Uruguay the ghost lights are called luz mala, meaning evil light. Luz mala is a rural phenomenon, similar to the min min lights, however, the residents dread them and have incorporated them into many myths.

The Magic of the Mystifying Lights

Magic exists when something defies our understanding. There are many people in the Boulia region who want to keep that magic alive, however, science doesn’t necessarily negate the beauty or wonder of the Min Min lights. Aboriginal people of Australia first described this enduring mystery long ago. Hence, it is clear that many people of the region now identify with the lights. Whatever they may be, they have become an attraction for people who come from all over to get a glimpse of the famous lights of the Australian outback.