Nature can be a cruel mistress. Beneath its beauty lies an underbelly of primal fear for some of those who dare venture too deep. Since the beginning of humankind, we have endeavored to explore the realms of our wilderness, but in the process, many have failed to return. In recent history, a bizarre phenomenon has been growing. This is the perplexing mystery of the many hundreds of thousands of Missing 411 cases. 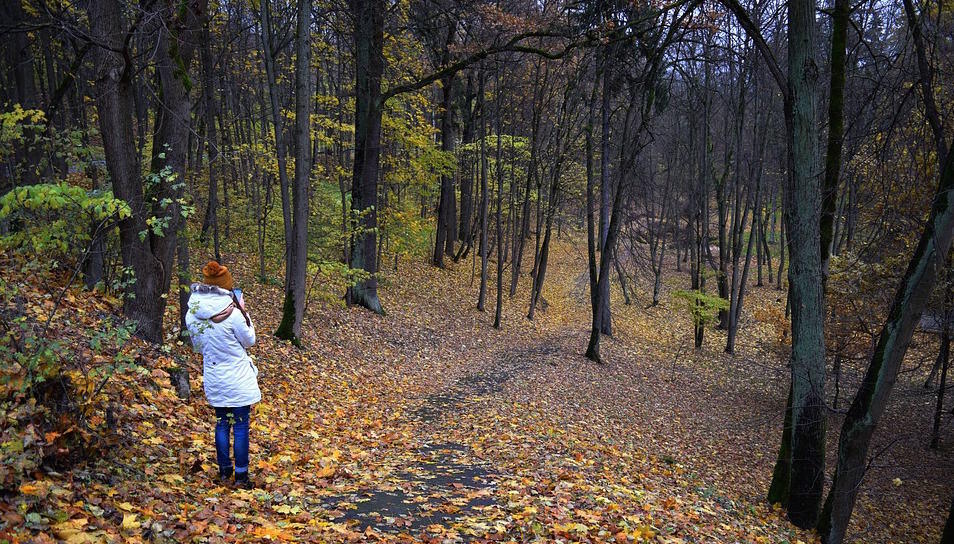 There are thousands of Missing 411 victims in the wilderness each year. Image: public domain.

Missing 411 cases are a colloquial classification that documents missing person cases that fit a number of criteria:

The term “411” actually has its origins in an inconspicuous computer term that refers to data that cannot be found or a corrupted link. It is certainly an apt metaphor for the state of these individuals who have vanished.

Missing people in the USA or across the world are an unfortunate but regular occurrence. In fact, with as many as 90,000 people declared legally missing in America at any given time, it is hard to ignore the issue. However, stories of Missing 411 victims do not take place only in rural areas. David Paulides, an investigator who spent 20 years of his life as a police officer, has uncovered a number of puzzling trends.

The vast majority of these strange disappearances occurred on clearly marked and popular hiking trails. Additionally, victims are often proficient outdoorsmen and women, hikers, and hunters who know their backwoods well. Paulides has dedicated nearly a decade of his life to the research of 411 cases and has written a series of books on the subject. However, he has never suggested a cause.

Although there are both national and even international examples of far older cases, David Paulides’ efforts to synthesize records are reserved to recent history. His work focuses on an analysis of case files acquired through the Freedom of Information Act. Subsequently, with his methodical compilation of data, he identifies trends.

One of the most startling of these is the mystery of 411 disappearance hotspots. Whether it’s the nature of the terrain or something else, there seem to be concentrations of disappearances in certain areas. There are a number of these cluster spots across the globe, however, one of the most prevalent and recurring seems to be the Yosemite National Park in California. 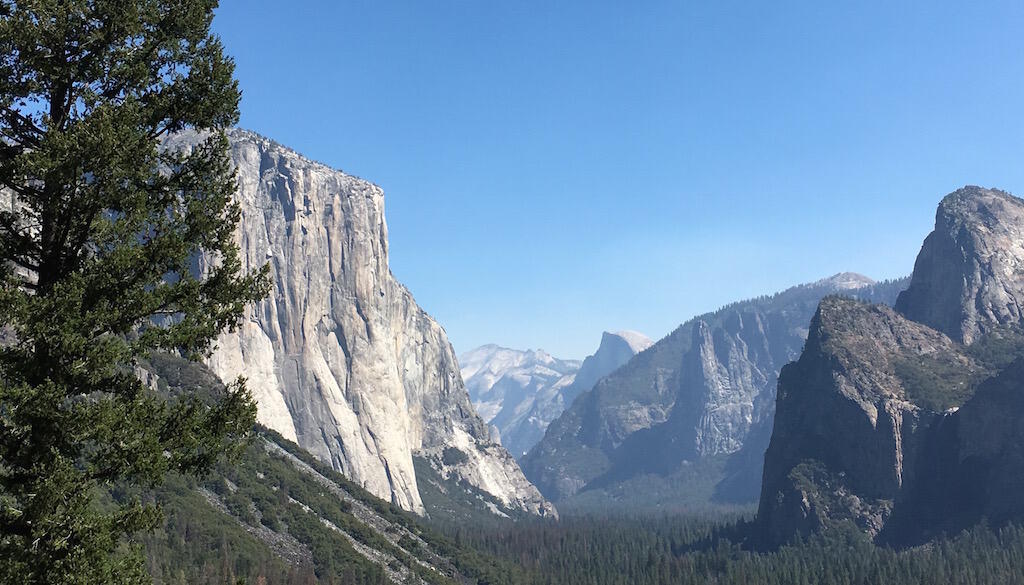 Stacey was a fourteen-year-old girl on a horse riding trip with her father and several other friends in Yosemite National Park. What was likely a picturesque and enjoyable ride over the stunning wilderness of Yosemite became a nightmare for the Arras family. After arriving at the Sunrise High Sierra Camp, Stacey cleaned up and decided to take a walk. The young girl asked both her father and another member of the party to join her but was denied their company. She made it clear that her walk was only down to a nearby lake in order to take some photographs and stretch her legs.

The lake was nearby within earshot of the site, and the area was not known for any instances of animal predation. Thus, her father likely thought little of his daughter’s actions. However, once she embarked on her short walk, Stacey Arras was never seen again. After a comprehensive and thorough search lasting nine days with over a hundred people, sniffer dogs, and helicopters, nothing more than the lens cap of her camera was ever found.

In early August, a man’s body turned up in a crevasse located within Tenure Peak. This is a site not far from Sunrise High Sierra Camp and the lake where Stacey Arras disappeared. This man has never been identified, but analysis of the body was never able to determine the cause of death. Incredibly, obvious signs such as blunt force trauma or multiple broken bones that might evidence a fall to his death in the gorge were not present.

Little more than a mile away from the gorge where the body of the Mystery Man (above) turned up, twenty-five-year-old Jeff Estes disappeared. Even after official search efforts, as well as the efforts of family and friends, not a shred was ever found.

In mid-July, slightly northeast from the site of where the Mystery Man’s body was discovered twenty years earlier, Timothy Barnes vanished. Similar to the Jeff Estes case, even after meticulous search efforts, not a shred of evidence surfaced.

These four instances exemplify the strange anomaly within Missing 411 cases of particular hotspots. Here we see within these few square miles a startling concentration of lost people. This suggests a geographic correlation.

In the instance of Stacey Arras’ case, David Paulides also encountered another perplexing obstacle. Upon filing a Freedom of Information request to access the original Arras case file he was denied and contacted directly by a Special Agent from the National Park. This man told Paulides in no uncertain terms that they would not release the file. However, he provided no explanation for what was, by all accounts, a perfectly normal request.

As a retired law enforcement officer, Paulides takes interest in the way government agencies document Missing 411 cases. Unfortunately, there is no centralized database for missing people, and many parks do not even document disappearances specifically in their own parks. Instead, it goes into the National Missing Persons Registry, at least in the U.S. This protocol has it drawbacks, because the nature of disappearances in the wilderness tend to be quite different than those of urban centers, where cars and other forms of transportation mean that an abductee can be hundreds of miles away within a few hours.

National parks, however, do not allow for this, especially when factoring in potential challenges to the victim, such as age, experience in the outdoors, and lack of equipment, clothing, or supplies for an extended duration in the elements. Also, the geography of these areas is mountainous or just difficult terrain.

A runner and former Marine knew the Red Rock Canyon Calico Basin area well when he went missing in late January. He had a history of spending time outdoors, especially in the area. Thus, when he let friends know where he was going, no one was concerned. However, this, unfortunately, proved to be the last time anyone saw him again.

Search and rescue teams found Kirk months later after an extensive search in a spot surrounded by established trails. He was less than two hundred meters from a popular route called Turtlehead Peak. Authorities justified the delay in the discovery of his remains as an optical anomaly. They explained that the body blended in with the pigment of the soil and rock formations.

What makes this recent case especially strange is the way searchers covered the area multiple times before they found the body. The lack of definitive cause of death and the general absence of communication with the family from law enforcement was also strange. David Paulides also noticed this recurring motif of bodies turning up in areas that rescuers had already combed thoroughly and near frequented spots.

The Roanoke Colony Disappearance is Still a Mystery

Bigfoot and other cryptids from Appalachian mythology have come into the equation a number of times. Although many of these Missing 411 cases demonstrate strange instances, the link to any mountain monsters is mere “folk devil” hearsay. Interestingly, UFO sightings often correlate with these hotspots, sometimes even around the same time that someone has gone missing.

Theorists also propose that a serial killer or occult sect that hunts humans may be on the prowl. Some speculate this may be part of some dark satanic ritual. Fringe theorists have also viewed the institutional apathy with suspicion. They propose that the Missing 411 disappearances could be the result of a shadowy government program. With more people becoming aware of some of the government’s irresponsible activities at the cost of citizens, such as MK ULTRA, these ideas can quickly embed themselves in the minds of people desperate for answers.

Is There a Smoke-Screen?

Regardless of these fringe ideas, what is substantial are a number of instances members of the National Park Service have denied reasonable requests for these case files. Paulides also explores instances of other governmental agencies arriving at these sites and conducting their own confidential investigations.

In one example both the FBI and National Guard engaged in a search for a missing child in 2013. A forest ranger that witnessed the exchange described it as two entirely different operations that seemed to have their own agendas. “There was active efforts to distance themselves from each other [FBI and National Guard], us [National Parks Service], and even the parents of the missing kid.”

The suspicious nature of the issue in combination with the trends that David Paulides documents are beyond a mystery. Paulides noted that many of these instances occur near bodies of water around granite boulders. Additionally, there are strangely small distances of separation between the victims. This was the case for the Stacey Arras case and Ronald Kirk. Both were also adept, outdoor people. In Stacey Arras’ case, she went only a short distance from the party she was riding with. She was also near a body of water, and the area around the cabin was littered with large granite boulders.

This story is only the tip of the iceberg and serves as a window into a few Missing 411 cases. The sad reality is that there is a growing number of mysterious disappearances in natural settings. Although Paulides’ work has been scrutinized and some critics say that the number of unsolved cases is not statistically significant, Paulides has contributed immeasurably to the categorization of the issue and the growth of it in the public consciousness. One can only hope the work of many, from volunteer searchers to content creators, can answer the question.

What happened to these people? Why so often is it difficult to determine a cause of death, if a body is even found? Missing 411 is a contentious subject with a very human face. Ultimately, only an answer could quell the public’s curiosity and give the relatives and friends of the victims the closure they so surely deserve.

Grave of the Lady with Parasol: Tomb 9890 Pontecagnano