Tom Young and Keith Reinhard were both going through mid-life crises. Both of them rented the same retail space in Silver Plume. Both of them disappeared in the Colorado Rocky Mountains one year apart. Oddly, Keith had delved deeply into Tom’s life and was writing a novel about him. The main character, Guy Gypsum, took on qualities of both men. Although hunters located Tom in 1988, Keith never turned up, and his bizarre case remains open to this day. 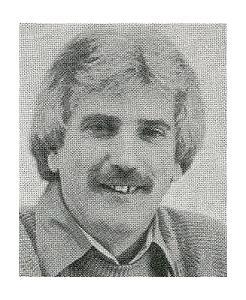 Silver Plume is a quaint, historic town in Clear Creek County, Colorado. Early settlers had hoped to strike gold, but only ever found clumps of greyish ores that they deemed worthless. What the miners actually found was silver ore. In 1987, this tiny town only had around 200 residents when a local man, Tom Young, took his dog for a walk one day. Neither he nor his pet ever returned.

Nine months later in June 1988, a local sportswriter in Illinois, Keith Reinhard, was having something of a mid-life crisis. He was about to turn 50 and wanted to accomplish certain things while he was still young enough. On top of that, living in Chicago was starting to take its toll on him. Stress was taking its toll on him and he started gaining weight. He also lost focus and wondered what the future might hold for him. Even though he held a decent job and was a married man of three years with two children, there was a void that needed filling.

Reinhard had an old friend called Ted Parker who owned the K.P. Cafe in Silver Plume. Ted often mentioned a slower pace and quieter life. This appealed to Reinhard, so he informed Carolyn, his wife, that he wanted to spend some time in Silver Plume alone and work on a novel. Plus, by doing some hiking in the mountains, he hoped to get into shape and overcome his fear of heights. Even though she was initially wary of this idea, his wife relented and agreed that he should fulfill his dream.

Reinhard took a three-month sabbatical from work and departed for Silver Plume. He settled in and found a vacant shop right next to the café on Main Street that he leased in order to sell antiques and matted photographs. Not long after his arrival in the sleepy town, someone mentioned that the previous tenant of the space had disappeared without a trace just a year before. Reinhard considered this to be an ideal story to tell and began to research Tom Young. Curiosity quickly turned into an obsession. 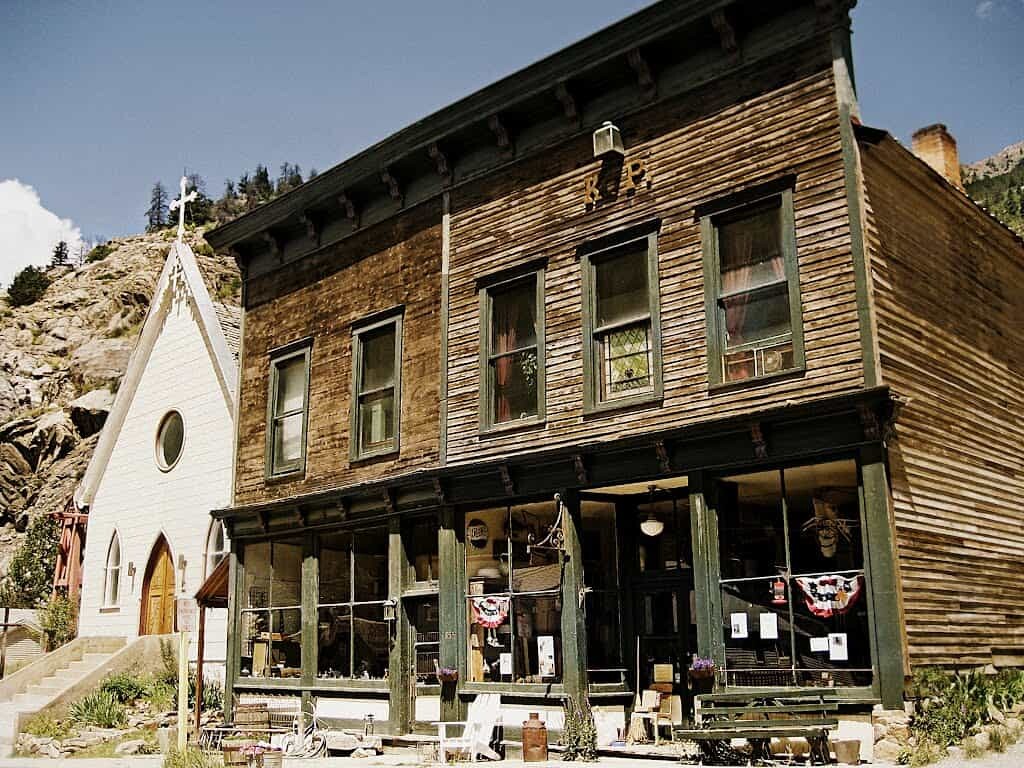 The K.P. Cafe (R) and space that both Tom and Keith leased (L) in Silver Plume. Mapio.net.

Unfortunately, Reinhard was beset with problems. The shop wasn’t doing much business, understandably in a small town like Silver Plume. On top of that, he began to get writer’s block and his inspiration started to wane. Reinhard may have become a little disillusioned with how things were going, but he did love walking in the nearby Rocky Mountains.

Tom and His Dog Surface

On the 31st of July 1988, local hunters were patrolling the mountain wilderness approximately an hour’s walk from Silver Plume when they found a skeleton propped up against a tree. Not far away was a backpack, a pistol, and the skeletal remains of a dog. It was Tom Young and his dog, Gus. Both had a gunshot wound to the head. This discovery helped bring additional details to light. Several days before he disappeared, Young had bought a pistol. Police treated this as a simple suicide, but others were not so easily convinced. Young was extremely fond of Gus, and locals couldn’t see any reason for Young to shoot Gus at all. According to Unsolved Mysteries, ballistic tests were unable to match the bullets to the gun.

Keith Reinhard Heads Into the Mountains

The mystery of what happened to Tom Young may or may not have been solved, but there was more to follow. A week after Young and Gus were found, Reinhard closed up his shop for the day. The evening was drawing on and Reinhard walked all around town and to the café, and he told everyone he encountered that he was heading out to hike up to Pendleton Mountain. Those that he told assumed that he was kidding them; a round trip on the mountain would take about six hours. 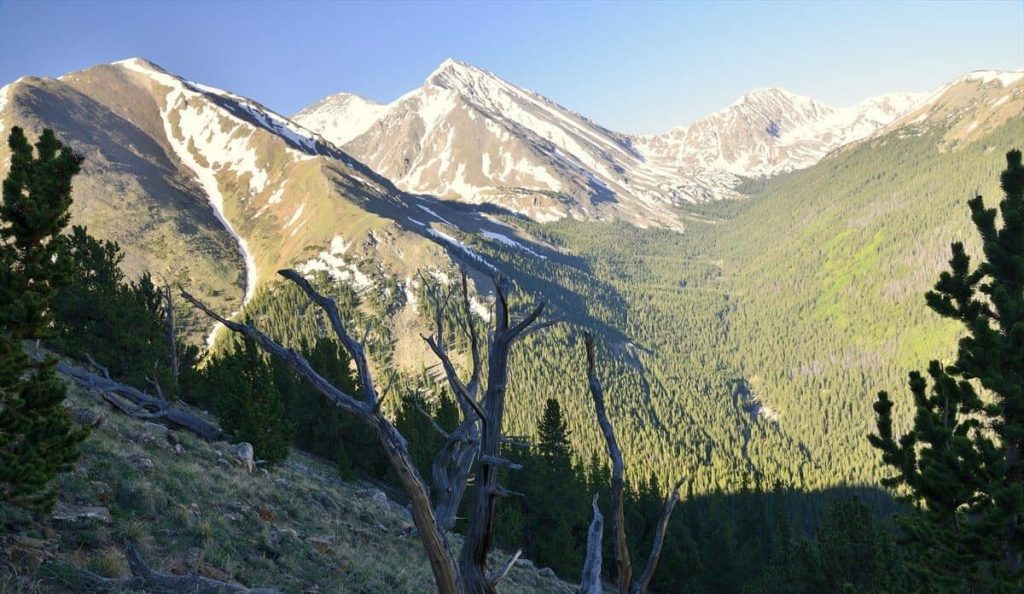 Sunset in Silver Plume in August occurs around 8:00 pm, and very few people are skilled enough to hike the Rockies at night. Also, the elevation at the top of Pendleton Mountain is more than 12,000 feet and the risk of exposure to the elements is very high even in July. Wild animals, such as mountain lions and bears can also pose a threat. Reinhard had no preparation at all and no suitable mountain gear or supplies when he was seen heading toward the base of the mountain. This was not his first attempt though. Friends recalled that his previous attempt ended when he showed signs of vertigo. Reinhard set a deadline of 10 pm for his return and departed at 4:30 pm. This was the last time he was ever seen in the Plume.

How Did College Student Paula Jean Welden Just Disappear from the Long Trail in Vermont?

When the following morning arrived, there was still no sign of Keith Reinhard. The Colorado Alpine Rescue Team launched a huge rescue operation involving helicopters, search dogs, and many townsfolk. After one week, authorities found nothing. Everyone knew that the rescue effort was not going to be an easy one, and at least one person commented that this was the classic ‘needle in a haystack’ endeavor. They finally called off the search on the 12th of August 1989 when, sadly, a Cessna carrying two of the searchers crashed. Only one of the pair survived the impact.

Coincidence or a Plot?

Two men that vanished under strikingly similar circumstances in a town as small as Silver Plume a year apart appeared to be more than just a coincidence. Friends of both men were at a loss to explain any of it. A strange discovery was found in Keith’s home. Next to his computer, a newspaper article about Tom Young laid open. On his computer, the manuscript for his novel was not finished, but there was a passage about a man called Guy Gypsum. It read:

Guy Gypsum changed into some hiking boots and donned a heavy flannel shirt. He understood it all now, and his motivations. Guy closed the door and then walked off towards the lush, shadow-less Colorado forests above.

From what friends can tell, these were the final words that Reinhard had written. Was he setting the stage for his own disappearance? Reinhard did something else that may point to a set-up. One week before he walked off into the mountains, he wrote a letter to the editors of Herald newspaper where he worked in Illinois to tell them that when he returned he wanted to cover the Chicago Bulls. This would certainly make a disappearance appear accidental.

The Woman at the Party

Almost as soon as he vanished, everyone began to speculate about the possible reasons as to why he vanished. Among these is the idea that Reinhard had no intention of returning – that the whole thing was certainly engineered on his part. The night before he disappeared, Reinhard was at a party and was seen talking extensively with a woman named Greta or Gretchen, who was presumed to be from Denver. Could she have had something to do with him deciding to escape his life? The last passage he wrote can be taken into a different context if that was the case. He had uprooted himself and left behind everything that he had known already. Could he have done it again?

Extending that idea a little further, in the run-up to his own disappearance, Reinhard had shown more than a healthy interest in Tom Young. Might have Keith Reinhard want to be the new Tom Young? Reinhard might have had issues with life in general, but nobody has admitted that he had some sort of death wish. There is also no record of him ever owning a firearm. Authors do tend to try and ‘live’ the characters that they create and perhaps this was what Reinhard was doing.

Mysterious Disappearances and the Glastenbury Curse in the Bennington Triangle

Perhaps his lack of preparation ultimately cost him dearly; an unforeseen injury might have had a more detrimental effect than it otherwise could have done. The terrain on and around the mountain is treacherous at best, deadly at worst. The problem with that idea is that there was not a long time between the disappearance and the search efforts. Perhaps this was some kind of publicity stunt that ended up going wrong. The fatal crash of the Cessna might have convinced him not to re-emerge and chose to remain in hiding, perhaps even in places like Mexico. There have been numerous sightings attributed to Reinhard since his disappearance.

There is another possibility. As well as their disappearances, both men had another thing in common. The shop itself. Some people put a lot of importance on this fact. Had they learned something about the store that put them at risk? If so, was foul play involved? For either supposition to be true, then surely someone must have had access to the store. That would suggest a local was responsible for both deaths if Reinhard indeed died on that mountain.

Did the same thing happen to Tom Young and then Keith Reinhard? Could the same culprit have struck twice? Although there has been much debate and conjecture about this case over the last three decades, nobody is any closer to an answer.

Flight 19 Disappearance: Most Likely Cause