Patomskiy Crater: What Caused This Strange Thing in Siberia?

In the Summer of 1949, a geologist named Vadim Kolpakov discovered a strange feature on the surface of the earth in the Bodaibo, Irkutsk, region of South-Eastern Siberia. Encircled by a largely treed area, this anomaly is oval with a conical crater that contains a small ball-like mound in its middle. The entire structure consists of broken grey limestone. Its width is between 130-160 meters, while the cone is up to 80 meters high. Oddly, few trees grow on the formation, however, the surrounding conifers have experienced rapid growth. Named the Patomskiy Crater, the Kolpakov Cone, and the Fire Eagle Nest, the geologic mystery has baffled scientists who are uncertain of what caused this weird formation. 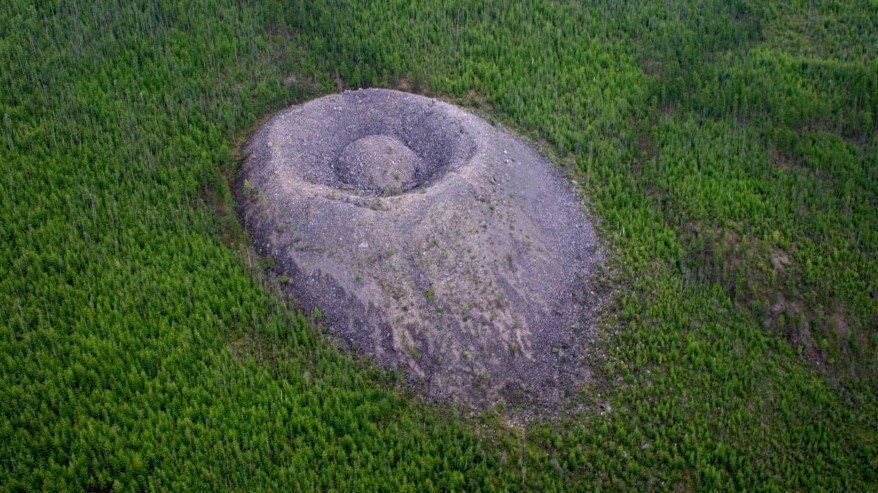 An aerial view of the Patomskiy crater. CC4.0 Dmitry Semenov.

Far Out Theories on the Patomskiy Crater

I don’t know if it is a meteorite or a spaceship, but there is definitely something under the crater.

Named for the river that runs near the anomaly, the Patomskiy crater has spawned many interesting theories. Wild ideas speculated that it was a secret Stalin-era uranium mine that used Gulag labor forces. Ancient astronaut theorists chimed that it was the landing site of an alien UFO. Other popular theories include: an underground uranium or natural-gas explosion, a dust-sized meteorite that burrowed through the planet and left the crater as an exit wound, a cylindrical metallic object of unknown origin, and the Tunguska Event.

The uranium theory may sound unlikely. However, this area is known to be rich in naturally occurring radioactive elements. A precise series of events would need to take place in order to create the circumstances for an explosion, but it lies within the realm of possibility. However, the trees do not indicate large explosions from uranium or the Tunguska event which would have leveled the conifers.

By far, the theory most out of this world involves some kind of external or alien body that long ago embedded itself in the Patomskiy crater causing the unique shape. The unremarkable radiation levels seem to contradict this though, as an object from space would leave far higher radioactive levels than the typical levels on earth. Of course one could counter this by saying that the spacecraft landed so long ago that, by now, high levels have returned to nominal. This is supported by the increased size of the vegetation surrounding the site.

Science at the Crater

The two most reasonable theories that initially arose stated that the origin is volcanic or meteoric. The problem is that scientists have not found any evidence of either scenario on the slopes of the Siberian crater yet. There is no volcanic rock, nor meteor debris anywhere. Nonetheless, the site reminded scientists of the meteor impact marks on the moon and believed that evidence lay deeper in the earth where the meteor would have exploded. By now, the majority of the evidence has ruled out a meteor, and most scientists have abandoned this theory.

Local Legend of Bad JuJu at the Crater

Although remote, the Irkutsk region has an indigenous population called the Yakut. These people consider the crater a bad place, and they insist that large animals do not go into the area. One theory about this superstition suggests that perhaps their ancestors were present at a time when the area had a far higher radiation level. These ancestors may have become ill and died from this radiation. Over time, the legend was synthesized into oral tribal stories that became a part of the Yakut culture. In fact, the Yakut gave the crater the name, Fire Eagle’s Nest because of its shape. 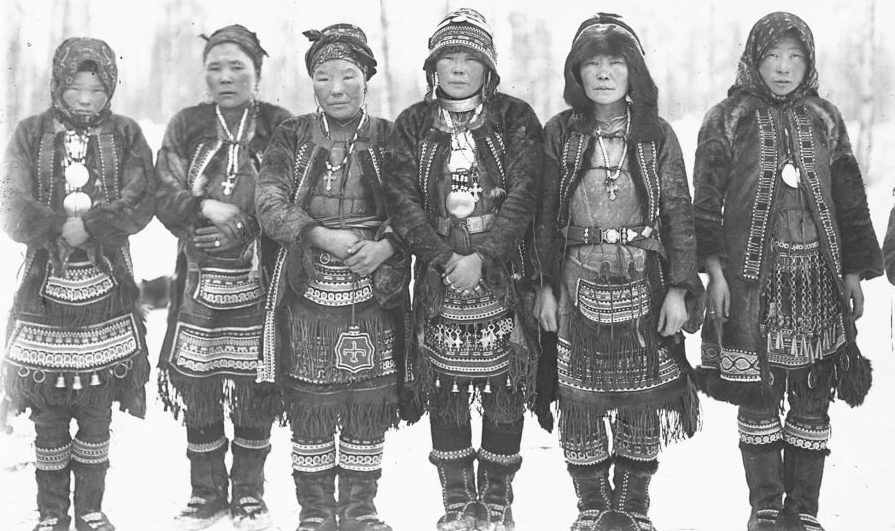 Investigations of the Fire Eagle Nest

Although discovered in 1949, the first scientific expedition committed to properly investigating the Patomskiy crater wasn’t launched until 2005. There were a number of reasons for this delay, whereas, in many other countries an anomaly of this magnitude would have been a scientific focus. Until the Soviet Union fell, expenditure on scientific activity focused on military development. Consequently, the study of the crater was postponed.

The initial expedition in 2005 met with a major set-back when not long after embarking for their target, the lead researcher Evgeny Vorobyov died on the trail. When officials recovered his body, an autopsy showed a massive heart attack (Zubacheva 2013). Nonetheless, a bad omen or not, the group pressed on. Although scientists studied the area thoroughly, it only provided more possibilities. At that time, they were unable to make a conclusive determination about its cause. Interestingly, though, a number of anomalies were discovered in the surrounding area.

Because it was around the beginning of the Cold War, the Russian government was originally concerned this could be the site of a nuclear test by another nation. After all, the Americans had only made their nuclear debut over Japan three years prior, and it was an open secret that the Russians were attempting to create the same technology.

Subsequently, one of the first things officials searched for at the site was increased levels of radiation. However, the results were unremarkable. Although fractionally above nominal, the amount in no way indicated a nuclear blast.

What is perplexing, though, is that the surrounding vegetation experienced a sharp increase in size for over a century before its discovery. Whilst sounding benign, this anomaly is common in instances of nuclear contact. The mutagenic properties of radiation affect the size of flora, often dramatically increasing it over time. This was also the case in the vegetation around Chernobyl. Magnetic anomalies are also present on and in the surrounding vicinity of the odd Patomskiy crater. However, of course, there are other causes of tree growth spurts.

Recent Revelations About the Patomskiy Crater

Modern geomorphologists believe the Fire Eagle’s Nest may be a very rare gas volcano, acting as a vent for vast stores of underground gasses. The odd rock formations may also be indicative of chemical reactions between elements on the surface and those leaking through from deep in the earth.

Dmitry Demezhko, Institute of Geophysics, Yekaterinburg, proposes that the crater formed in two phases. First, the tectonic actions in the area created a type of channel similar to mud volcanism. Then, over time, repeated freezing and thawing caused the rock to break up.

One of the most recent studies published in 2015 in a paper by V.S. Antipin, B.G. Pokrovsky, and A.M. Fedorov concludes that the formation occurred from one or more explosions of steam as magma moved up through water and rock or when fissures released pressurized water trapped in the rock.

Little by little, experts are getting closer to conclusively solving this puzzling mystery once and for all, if they haven’t already. Something all scientists appear to agree on is that there is nothing like the Patomskiy crater anywhere else on the planet.