Flying has often been described as the safest way to travel. Typically this statement is made to reassure someone that has a fear of flying or boarding an aircraft for the very first time. When a flight does end in an accident, everyone wants to know what happened. On Christmas Eve 1975, one particular Cessna, piloted by Peter Gibbs, departed from an airfield adjacent to the Glen Forsa Hotel on the Isle of Mull, Scotland, and has left us with many perplexing questions that have yet to be answered. This story would come to be known as the Great Mull Air Mystery. 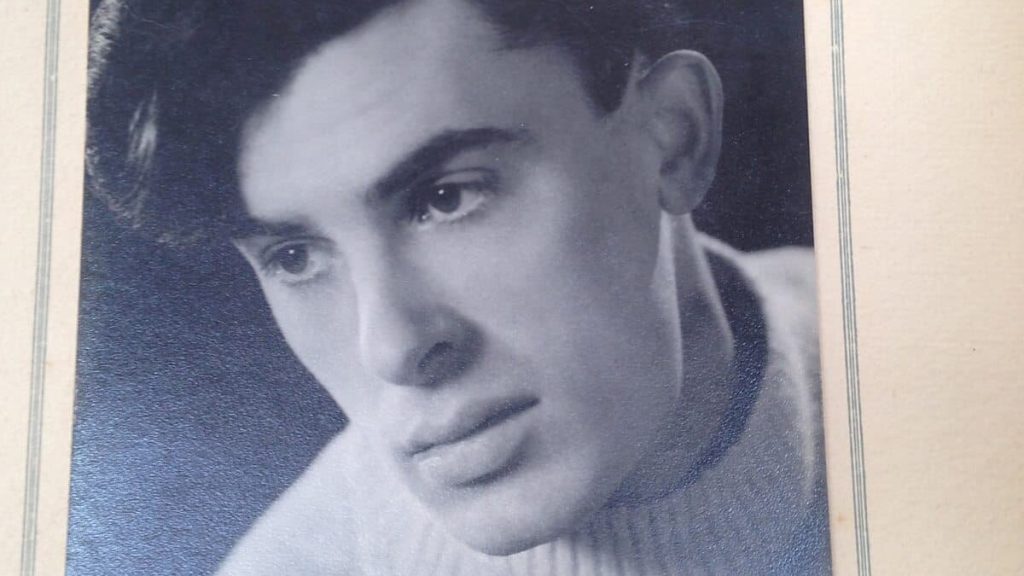 Peter Gibbs disappeared in flight one night on Christmas Eve in 1975. Source: BBC.

Christmas Eve on the Isle of Mull

The red and white Cessna F150H vanished minutes after taking off. Peter Gibbs was at the controls. Gibbs had a lifelong passion for flying that began in the final year of the Second World War. The 55-year-old businessman had forged a reputation in property development as a managing director of Gibbs and Rae. Rather than winding down in time for Christmas, Gibbs spent the day working on an investment in a hotel on the Isle of Skye. The day ended with a dinner inside the Glen Forsa. It was at the end of this meal that Gibbs revealed his desire to take the plane out for a quick night flight.

But Gibbs had another facet to his reputation. He was a man that was driven and determined and took no nonsense from anyone. When hotel staff insisted that the night flight was not the best idea, he dismissed their concerns by adamantly stating that he was not asking for their permission. The veteran pilot insisted that he didn’t require any landing lights and ignored local regulations that banned night flights. Even the dark and moonless night didn’t deter him. His counter to all of this was to have his girlfriend, Felicity Granger, stationed on the airstrip with a torch to provide him with a visual reference. It was 9:30 pm when the couple headed for the airstrip.

Take Off With No Landing

A hotel guest watched as the light aircraft made a perfect takeoff. The witness, David Howitt, didn’t detect any signs of a malfunction or other problem. Felicity waited for approximately half an hour before returning inside and telling hotel staff that Gibbs had not landed. Sleet was now falling heavily, which made visibility extremely poor for flying. The hotel staff called in local police officers. When they arrived on the scene, they inspected the airfield for any signs of trouble that could account for the disappearance. They found nothing unusual. The assumed flight path failed to resolve any hint of a problem. The decision to call off a search for the night was taken. 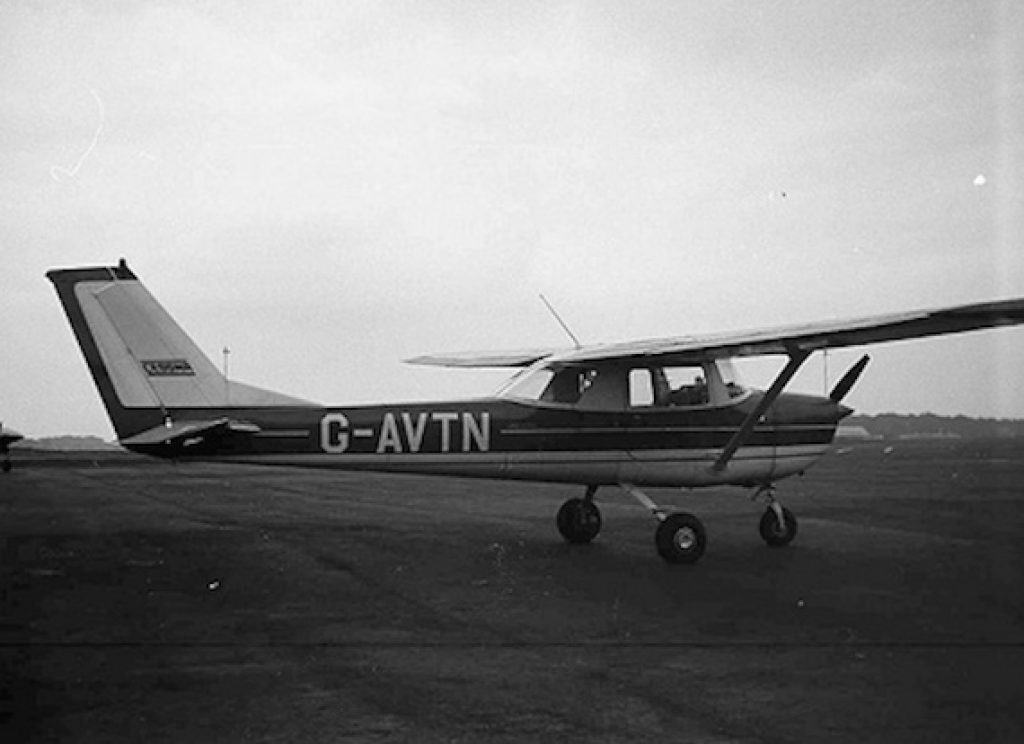 On Christmas morning, the authorities launched a full-scale investigation. Peter Gibbs still had not returned. While RAF and Navy Air Service helicopters scoured the waters with sonar, hundreds of volunteers searched virtually the entire island. Neither Gibbs nor the aircraft could be found. For the next four months, speculation was rife as to Gibbs’ true fate. This ended during the following April when local shepherd Donald McKinnon replaced one mystery with several more. On a hill about a mile from the Glen Forsa, he discovered the fully clothed body of Gibbs about 400 feet from the base of the hill. Gibbs was in full view of anyone that might have ventured onto the hill.

This made police really think. The hill was part of the original search effort, but nothing had been found. In the four months between the disappearance and the discovery, none of the local shepherds reported anything out of the ordinary. Barely a day went by without farmers or shepherds occupying the hill at some point. It was simply not possible for anyone to have missed such an obvious sight as a deceased man missing for several months. After McKinnon found Gibbs, the authorities initially believed that this was just another unfortunate case of a lone pilot having to ditch in the sea and swimming to shore. Further investigations cast serious doubt on this conclusion.

The official cause of death was exposure. Gibbs had no injuries apart from a minor cut on one leg. One of the major problems in the investigation was how Gibbs ended up in the location where McKinnon found him. Assuming that the plane did crash into the sea, Gibbs would then have had to swim to shore, climb up a sheer cliff face, cross the road that led to the hotel, and then head a quarter of a mile uphill only to lie down and suffer the effects of exposure. As improbable as all of that sounds, there was no trace of seawater or marine microorganisms found on his skin or clothes.

There was another theory, but this one didn’t make any sense at all. Some people speculated that Peter Gibbs left the aircraft in flight somehow. As his body showed no signs of major trauma, they believed that he may have bailed out on his own accord for some reason. Perhaps the plane developed a fault during the flight. However, there were no signs of a parachute anywhere near the body. If he did parachute out of the Cessna, then what happened to it? It doesn’t seem feasible that Gibbs would conceal a parachute and then return to lie down and die. And how come he didn’t seek help or at least tell Felicity he was safe?

One of the main questions is what happened to the plane itself? Even though Gibbs showed no signs of submersion, it was likely that the Cessna was sitting on the bottom of the sea somewhere.

Discovery of the Cessna?

It would take 11 years, but hopes that the plane would be found were boosted in September 1986 when a pair of clam fishing brothers, Richard and John Grieve, came forward and stated that they found a small red and white plane 100 feet down on a seabed about a kilometer off the coast of Oban.

According to the brothers, it had the registration number G-AVTN, and as best they could tell, the cockpit was empty. Both insisted that the wings had been sheared off and the condition of the plane was severe. A hole was found in the windscreen and one of the wheels had been ripped from its housing. The engine was found a short distance from the fuselage. The entire scene strongly indicated that the crash was a violent one. Both doors of the cockpit were apparently locked from the inside. The only way out was via the hole in the windscreen. When salvage teams learned of this discovery, they set out to retrieve the plane. Unfortunately, they could not find it. The only evidence that the brothers had found it at all was some blurry photos. However, none of these showed the registration number.

Ever since the Peter Gibbs’ Cessna disappeared, numerous theories surfaced. One idea was that Peter was actually murdered. This theory suggested that Gibbs’ killer somehow managed to conceal him or herself on board the plane without anyone – Gibbs included – knowing about it. Either during or shortly after the textbook take-off, the killer struck. Having done the deed, the killer then faced the problem of disposing of the body. The obvious solution was to simply open the door and let gravity handle that problem. Somehow the perpetrator accomplished this without causing any additional harm to the corpse.

Locals that used the hillside on a daily basis all missed the body lying out in the open. Now all the killer needed to do was to abandon the aircraft. With both doors allegedly locked from the inside, whoever was responsible decided to stay on board while the plane broke up on impact with the sea.

According to Bob the Hamster from Bob’s Blog, “Theories abound, but perhaps the most feasible is the conclusion that he lost sight of the airfield and carried out his stated plan in such an event, which was to fly as low and slow as possible and jump out. While waiting for police to arrive Felicity Granger (Gibbs’ girlfriend) mentioned that just before taking off, Gibbs had said to her that ‘If everything went wrong… He would throttle right back and jump to safety.'”

From the moment Peter Gibbs revealed his intent to indulge himself, numerous mysteries have surrounded this flight. Even before he took off, there were reports of a second set of torch lights on the airfield. Felicity swears that she was alone during the take-off. The take-off itself seemed to take longer than was necessary. Could Gibbs have been distracted or busy with something? Another aspect to this whole incident that cannot be readily explained is the condition of Gibbs’ body. It was in remarkably good condition – no signs of decomposition or animal interference – but he had died on the night he disappeared.

Everything that is known or assumed about the Great Mull Air Mystery defies all attempts at explanation. Even now, forty years later, there is question after question and no real answers. How did Peter Gibbs’ corpse end up on a much-used hill four months after disappearing? Was it Gibbs’ plane that was found by the brothers and, if it was, then how did he survive such a violent impact with barely a scratch? Where was his corpse during the first few months of the year?

In 2013, the Royal Navy did admit to the discovery of a downed aircraft in the sea off Oban, supporting the brothers’ earlier claims. However, this wreckage was estimated to be largely intact. Either the brothers were mistaken, or Gibbs’ plane is still awaiting discovery.

Mysteries of Surt’s Cave: Bandits, Mutilations, and the Fire Giant