Home » History » The Practice of Dowsing for Water, Oil and Ore
History

Straddling the line between the supernatural and the scientific, the practice of dowsing has a long history of being used to find underground objects such as water, oil, and metal ore.

There are many varieties of dowsing, but in general, a practitioner uses pendulums or twigs from trees to find the hidden targets. Another popular and more modern practice is the use of metal rods. 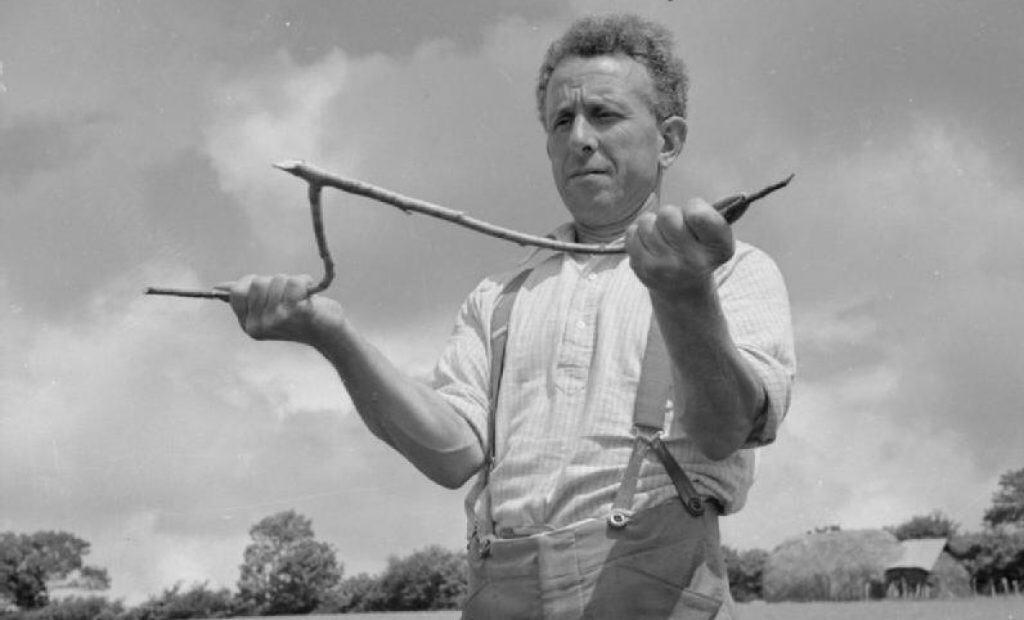 In 1942, George Casely uses a hazel twig to use in dowsing for water on the land around his Devon farm.

The methods are simple: hold the dowsing equipment loosely by hand and pointed downwards. The belief is that the twig or rod or pendulum moves seemingly on its own when above the target.

History is silent on when the practice first came into existence. The earliest known references are allegedly from 16th century Germany. The religious reformer Martin Luther included in his writings a condemnation of the practice as being a contradiction of the Ten Commandment’s first rule of not practicing occult activities.

Twentieth-century America witnessed a resurgence in Dowsing. The practice became a popular method to assist in finding underground water to be tapped as wells on remote farms.

The military utilized dowsing when attempting to find buried weapons and underground tunnels. In Norway, in 1986 an avalanche buried a group of soldiers. The army, after searching by “normal” methods, brought in dowsers to see if they could locate the trapped soldiers.

Skeptics state that the success rate of dowsing is no higher than the results of random chance. However, there has not been enough data gathered to come to any firm conclusions.  Although limited studies in the 20th and 21st centuries seem to disprove the ability of dowsers to find their targets.

Throughout history, there have been noted dowsers who claim to have discovered many hidden objects through the practice. An Englishman, Leicester Gataker (1874 – 1942), claimed to have had a 90% success rate when searching for underground water sources. A German dowser, Ludwig Straniak (1879 – 1951), was active during World War II. He could allegedly locate ships on secret missions using just a nautical chart and a pendulum.

Dowsers have organized themselves across the globe. The American Society of Dowsers, Inc. state that their purpose as:

support, encourage and promote dowsing and dowsers in a manner consistent with the highest standards of personal integrity and behavior; to provide dowsing education and training to dowsers and non-dowsers alike to bring them to a level of proficiency they are comfortable with; promote and foster communication and fellowship among all persons in any way interested in dowsing; [and] to build in America an effective, responsible body of men and women devoted to active investigation, study and application of dowsing… 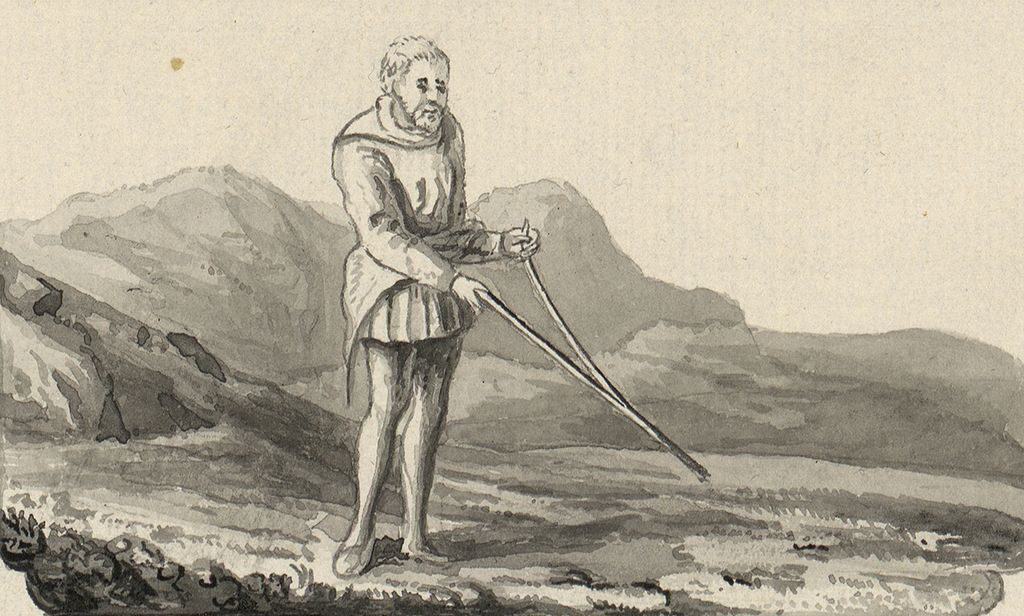 The British Society of Dowsers, formed in 1933, hosts national and local dowsing events and states their mission is “…to promote dowsing in the United Kingdom and beyond. We presently offer a wide range of courses and training, and host a wide variety of meetings and activities centered on this ancient art, together with our annual conference…”

They publish a journal three times a year and also distribute a mailing list of news related to the practice.

Such organizations will keep the practice of dowsing going forward and will continue the controversy surrounding this method of pseudo-science.