Home » History » Who was the Count of Saint Germain?
History

The Count Saint Germain may have been more legend than man. Yes, we know that he lived and we know some of what he did. However, there have been so many claims made about this man that it is difficult to sort the truth from the embellishments.

An Embellishment of History

Of course, many would claim that there were no embellishments and that he really was all that people claimed him to be. If this were so, it would mean that the Count of St. Germain was the Wandering Jew, an alchemist with the secret to eternal life, a man that could turn various metals into gold, a man that could melt diamonds and form them however he wished, a proficient musician, artist and linguist and so much more. 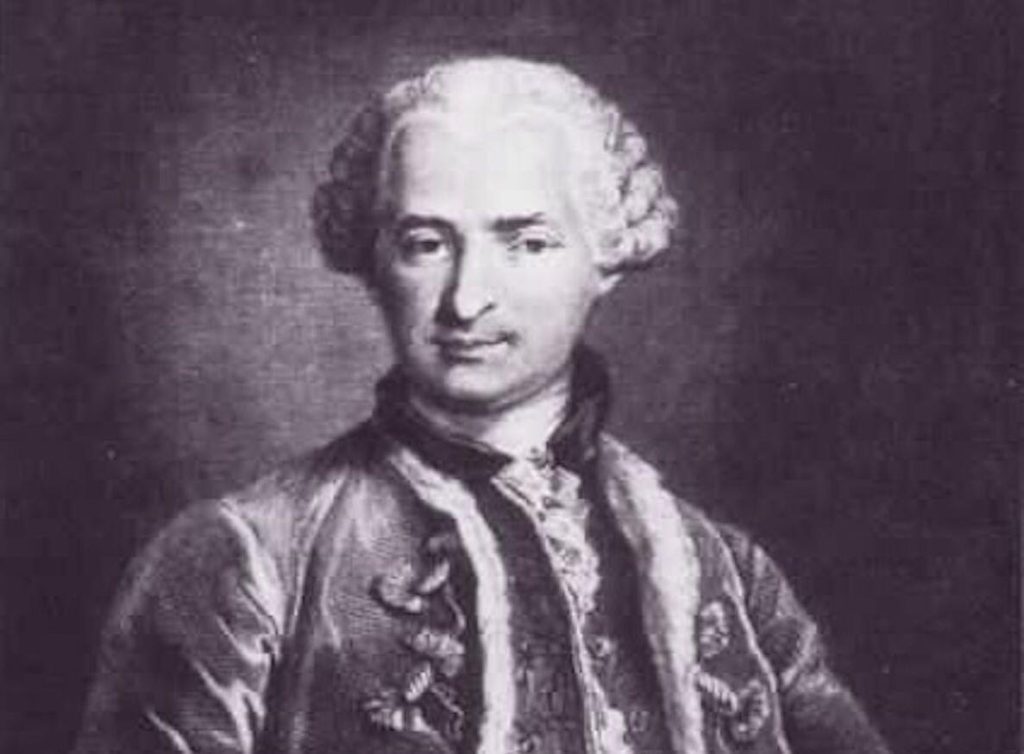 Who was Count of Saint Germain?

The Count of Saint Germain was not a Saint and may not even have been a Count. The place and circumstances of his birth are completely unknown. However, there have been many theories presented over the past few centuries. Some believe that he was a man of noble birth whose family was disgraced somehow and he, therefore, had to hide his true identity. Others believe that he was born long before his presence was documented and that he was immortal. Theosophists believe him to be an Oriental Adept. Whoever he was, he never divulged any information regarding his birth to anyone during his (known) lifetime.

It appears that the Count St. Germain may have arrived on the scene in Europe as early as 1710. At that time, he appeared to be in his mid-forties. The story goes that he always appeared this way. He seemed to never age. From 1737-1742, he was supposedly in Persia studying alchemy. He went to Versailles in 1742 and then in 1743 he was in England for the Jacobite Revolution. He then went to Vienna to visit Frederick the Great and then to Edinburgh in 1745.

In 1755, Count Saint Germain went to India. When he came back, he stayed in the Royal Chateau of Chambord in Touraine on King Louis XV’s invitation. There he rubbed elbows with Voltaire, who appeared to be impressed by the man. In fact, Voltaire described him as:

A man who knows everything and who never dies.

Count St. Germain left France and went to Hague and London in 1760. In 1762 he supposedly went to Russia and was involved in the revolution there under the pseudonym Graf Saltikoff. He later traveled to Germany and Bavaria. All the while maintaining a middle-aged appearance. Count St. Germain died on February 27, 1784. There is a record of his death and burial.

A Man of Many Talents

During his time in Europe during the 1700s, the Count of St. Germain’s acquaintances had an awful lot to say about this strange man. He was said to have had a striking appearance, especially his eyes. He was reportedly a very talented musician and composer who shared his work with Tchaikovsky and Prince Ferdinand von Lobkowitz. Two of his compositions dwell in the British Museum. One of them was written in 1745 and the other in 1760. He even performed on the harpsichord for Frederick the Great.

Count St. Germain was said to have knowledge of Sanscrit, Chinese, and Arabic. He also spoke Swedish, Portuguese, French, Italian, German, Spanish and Russian flawlessly. He was a painter of some renown. It is said that he could make the jewels in his paintings appear strikingly realistic. He was also a collector of diamonds and wore many of them to social events. There were claims that he could also fix flawed diamonds.

The Count of St. Germain was also said to have some very strange habits. Some people claimed that he never ate in public, but that he would drink a special tea frequently. There were also claims that he often made strange comments about his age. He would speak of times long since past as if he had been there. He reportedly told an acquaintance who had made a comment that he must be more than one hundred years old that it was “not impossible.”

Many people have claimed to be the Count St. Germain in the centuries since his death was documented. Others have claimed to have seen him in various places. He has been referred to as “The man who does not die.” He has been credited with the gift of eternal life, or at least of extremely long life, but are any of these claims credible? It is hard to be certain because there are so many of them. However, it is extremely doubtful, for obvious reasons.

The Count of Saint Germain is credited with so many rare (and fictitious) abilities that it seems almost certain that his talents have been embellished over the years and during his lifetime. He may have encouraged this behavior, for all we know. It is quite possible that he was a very talented con man. Either that, or he was an exceptionally old, yet youthful man who was impossibly intelligent and talented. At this point, it is impossible to tell.

His story has been told so many times, in so many ways, that the truth is probably quite different from what has been said. That leaves us with the possibility that we may never know the truth about the Count St. Germain

Special Delivery: It Used to be Legal to...