Saint Januarius and His Liquidating Blood

Each year in Naples, thousands of people gather to pray and view the blood miracle of Saint Januarius. Little is known about the life of St. Januarius or San Gennaro, as the Italians call him. However, inexplicable events after his death lead the people of Naples, Italy, to believe that God is at work. Saint Januarius is now a venerated figure among the Neapolitans and the annual celebration on September 19th in which thousands of people view his liquifying blood is a highly significant and prophetic event. 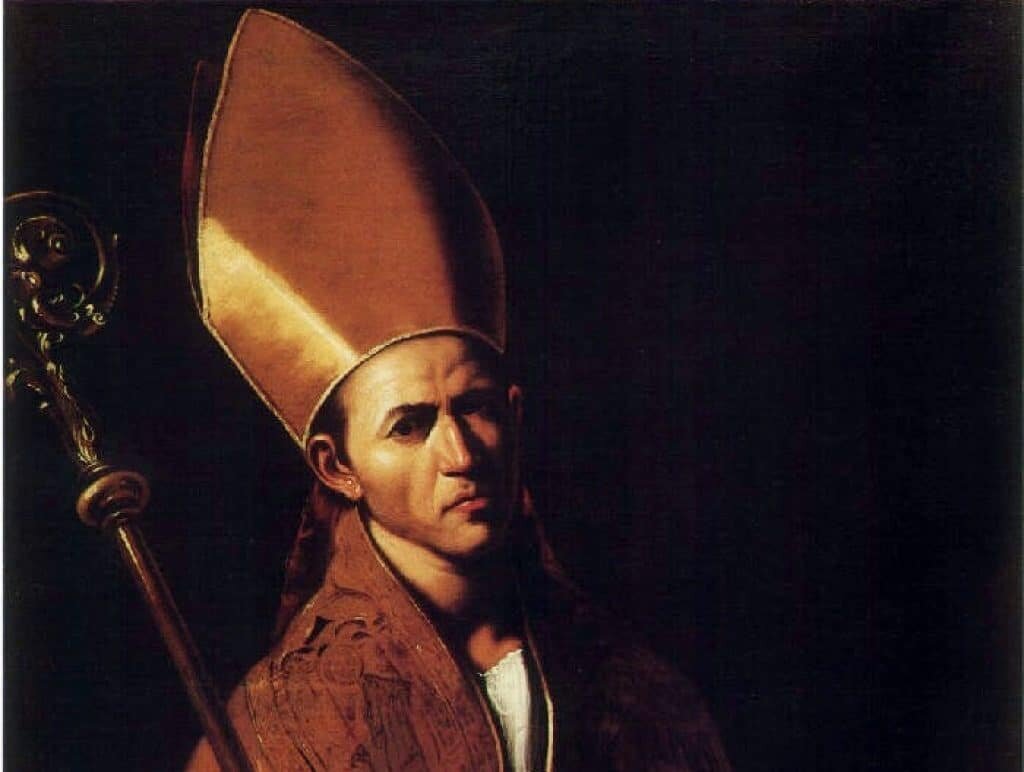 Legends of the Saint Januarius

Born around AD 272, Januarius became a priest at the age of fifteen. He eventually became the bishop of Naples by the age of 20. During his tenure, he was known to hide Christians who were persecuted by the pagan Emperor Diocletian of Rome. Various legends exist surrounding the bishop and his legendary resistance to death. According to the story, when Diocletian’s soldiers eventually arrested Bishop Januarius and threw him to the wild bears in the Flavian Amphitheater in Pozzuoli, the bears laid down and refused to attack the bishop. Another says that attempts were made to execute the bishop by placing him in a furnace, but he would not burn. Bishop Januarius, however, was finally beheaded in AD 305 in Pozzuoli, and later he was granted sainthood.

Immediately following his death, it is said that a woman named Eusebia collected some of the bishop’s blood in vials. These blood-filled vials still exist today. They have proved to be much more than just a holy relic. Beginning around 1389 when the vials were first referenced, Saint Januarius’ dried blood miraculously liquefies during the annual celebration of San Gennaro on September 19th and on Saturday before the first Sunday in May during the celebration of the reunification of his relics.

Related: The Catacombs of San Gennaro

The annual celebration takes place at the Monastery of Santa Chiara in Naples. Every year, a large crowd gathers to view and pray over the sealed vials of the saint’s dried blood. The believers pray in the hope that the miracle blood liquefies once again. It is said that when the blood fails to liquefy, something tragic will happen to the city of Naples that year. 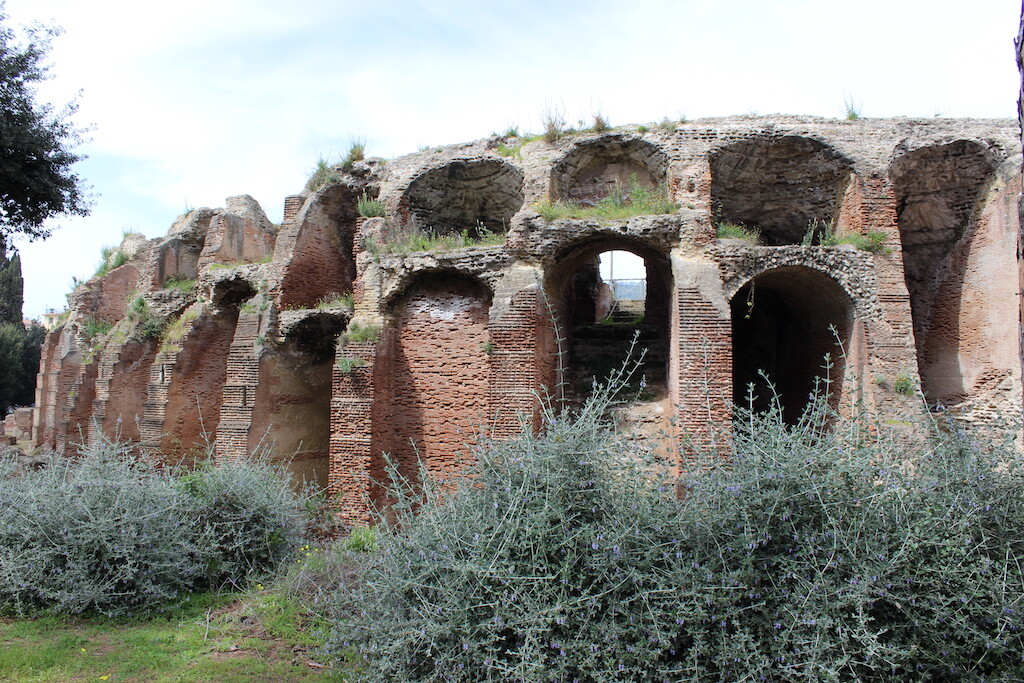 The Flavian Amphitheater in Pozzuoli where St. Januarius may have died. Source: Historic Mysteries

There are times when the blood liquefies instantly, and at other times it takes days. But once the blood miracle of Saint Januarius happens, the city erupts in celebration as the archbishop presents the vials of flowing blood to the jubilant crowd. Fireworks light up the night sky and a twenty-one gun salute fires from the cannons of the medieval Castel Nuovo.

There have been times when Saint Januarius’ blood has failed to liquefy and disaster struck. In 1528, Naples suffered at least two known hardships. First, the French fleet lifted its siege on Naples and acknowledged Spain’s claim to that city. This was an unwelcome result for the Neapolitans. Also, Campi Flegrei, a volcano in the western portion of Naples, erupted, creating a new caldera named Monte Nuovo (New Mountain).

In 1980, the saint’s blood failed to liquefy again, and an earthquake with an epicenter 50 miles south of Naples struck the region. It measured 6.9 on the Richter scale, claimed the lives of 2,735 people, and injured more than 7,500.

The Vatican has never formally commented on the miracle of San Gennaro. In fact, because he is so obscure in history, the Catholic Church had plans to eliminate him from the liturgical calendar. His believers throughout the world quickly came forward and forced the Catholic Church to maintain San Gennaro’s stature. 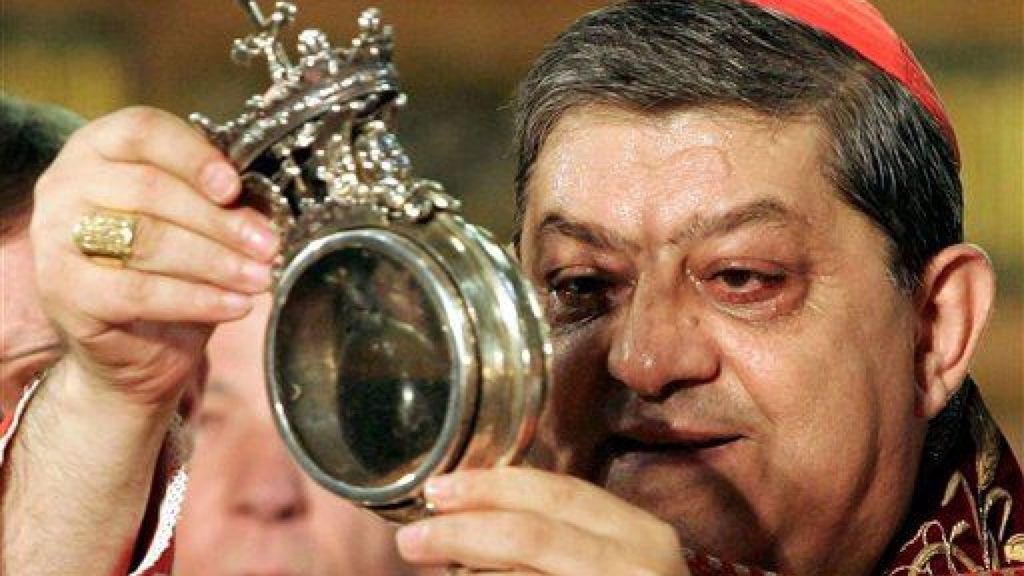 Scientists have yet to find a cause for the blood liquefying. Several theories have surfaced, including some in more recent times. One of these more recent theories is that the blood vials contain a thixotropic gel that changes in viscosity when someone moves or stirs it. Another theory is that the vials do not contain blood at all but hydrated iron oxide which resembles blood. However, research has determined that thixotropic gel has a shelf life of only a few years. Therefore, the vials could not contain it. In addition, both theories are dismissable as a result of two studies. In 1902 a spectroscopic analysis of Saint Januarius’ blood vial was conducted. Also, in 1989, experts performed further analysis. Both studies confirmed that the contents of the vial were consistent with hemoglobin.

While researchers have not yet found a known cause for the Saint Januarius mystery, most scientists have ruled out willful fraud. On the other hand, those same researchers are loath to explain the phenomenon as supernatural.

As researchers continue to develop their theories, the city of Naples prays each year for the liquefaction of Saint Januarius’ blood as it has for centuries. The crowd cheers when the archbishop displays the liquid blood to the masses. For the people know that if the blood fails to liquefy, Naples will suffer.

The Mystery of JFK’s Brain: How Did it...