Today’s image of Santa Claus is vastly different from the one that many believe was the inspiration behind the icon in the first place. Far from being a rotund jolly man with rosy cheeks that is instantly recognizable today, the Turkish monk St. Nicholas was a much more humble-sounding man. While his exact date of birth isn’t known, it is generally assumed to have been around 250 A.D. in Patara which was, at the time, in a town called Myra. 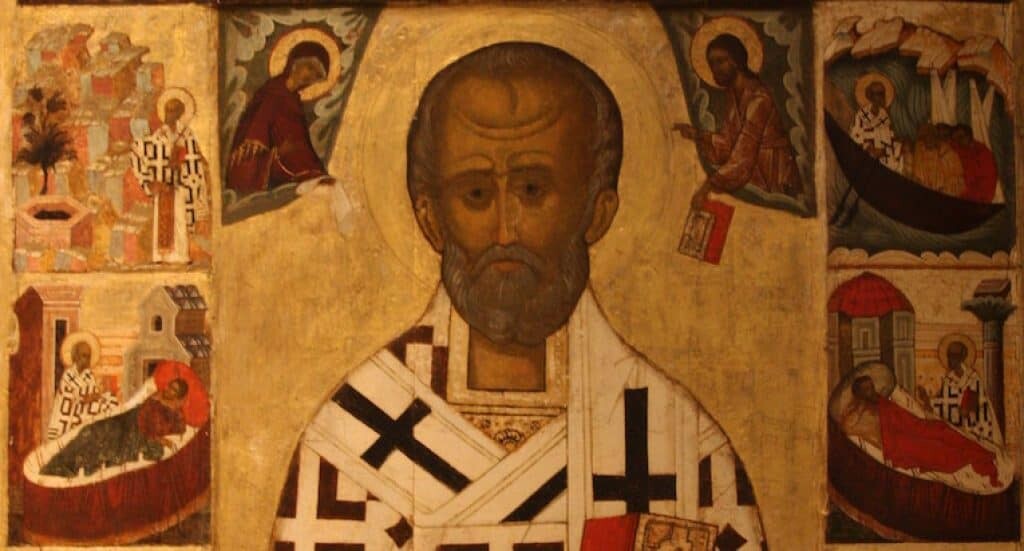 Stories of his incredible generosity have become something of a legend over the centuries. This most pious of people has reportedly used his own inherited means to donate to the less fortunate. Other accounts state that he would often travel the country and help the poor and/or infirm whenever and wherever he could. Some of these tales are better known than others, but surely one of the most often recounted stories concerns three sisters who were at risk of being sold into slavery by their very own father. St Nicholas provided each sister with a personal dowry so that she may find herself a groom to take care of her.

It was this and many other similar stories that led to Nicholas’s increase in renown. Over time he became better known as the sole protector of children and sailors. Such was his appeal and fame in early Turkey that the 6th of December, the date of his death, is St. Nicholas’s Day. This is an auspicious day for people to buy something big or seal matrimony. During the Renaissance, St. Nicholas was easily the most popular saint in the whole of continental Europe, and he survived the Protestant Reformation while other saints grew in popularity. St Nicholas is as well-known nowadays as he had always been, particularly in the Netherlands.

In December 1773 and the following year, a newspaper in New York ran a story about several local Dutch families that got together on the anniversary of Nicholas’s death to celebrate his life. This was the saint’s first appearance in American culture. The title of Santa Claus stemmed from this original report. In Dutch, Sinter Klaas translates as Saint Nicholas and the name stuck. In the 1804 New York Historical Society annual meeting, John Pintard distributed woodcuts that began the traditions of Christmas stockings full of toys hanging over a fireplace. St Nicholas’s reputation grew even more when Washington Irving published The History of New York five years later. The story referred to St. Nicholas as the Patron Saint of New York. Descriptions of Sinter Klaas varied wildly. He had a blue three-cornered hat, yellow stockings, and he was, in fact, something of a rascal.

1881 illustration by Thomas Nast. This drawing shaped the modern image of Santa Claus.

The establishment of the modern-day Santa came in 1931 when the Coca-Cola soft drink giant commissioned an artist for a Christmas advertising campaign – which is still going strong today. Using illustrations created for Harper’s magazine by Thomas Nash in the mid-1800s, the familiar man with glowing cheeks and a bright red uniform with white trimmings and black boots entered the public consciousness and became an overnight success.

Santa went on to become a global phenomenon of wholesome goodness and a symbol for children all over the world to aspire to. However, he does have a counterpart that is the total opposite. The Krampus is a hideous-looking creature with large horns, a sharp slithery tongue, and dagger-like claws. He appears part goat and all horror. He rattles his chains to warn children of his approach. His birch sticks and fangs frighten the young into being good. But if the children do not heed his warnings, he finds them and drags them down to the underworld, where they must remain for a year. 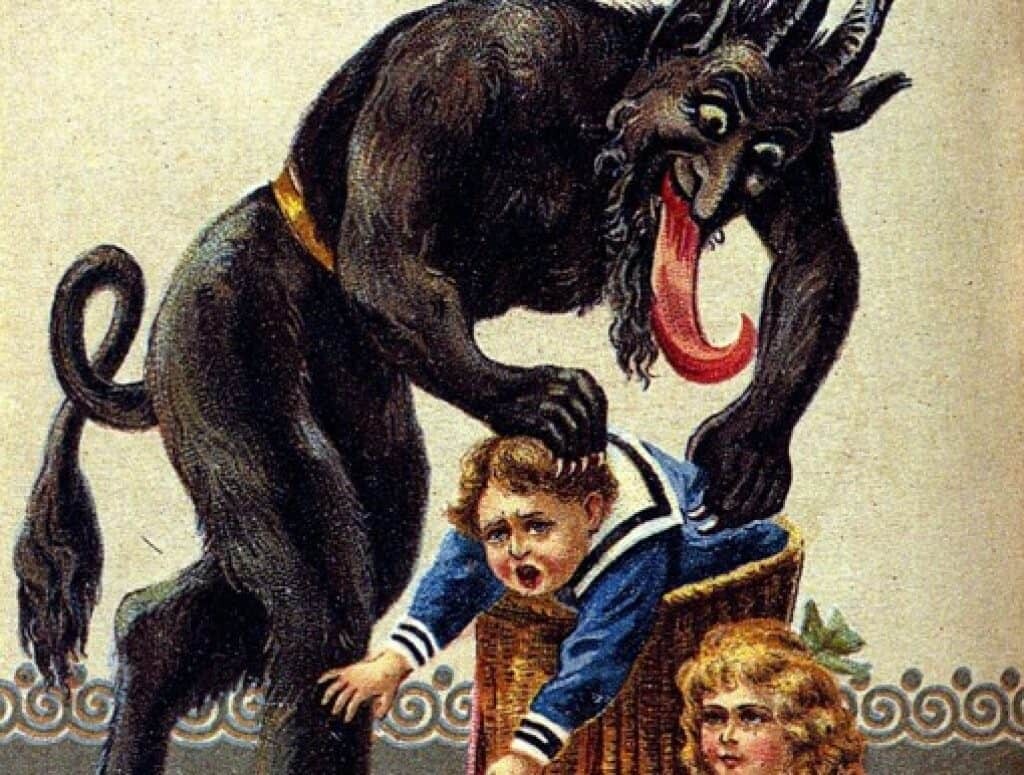 Krampus gets its name from the old Germanic word Krampen which translates as claw. His origins come from Norse mythology in which he is the son of Hel, goddess of the underworld. Krampus forms part of ancient German traditions for the festive season. German Christmas starts earlier than most in early December. German folklore indicates that the 5th of December is the eve of Krampusnacht or Nikolaustag (St Nicholas’s Day). On this night parents told their children to check outside the door to see if their shoes contained some candy or a rod.

Obviously the child would prefer the candy over the rod. But questions about why parents would want to frighten their offspring with stories of a pagan monster coming to get them likely had a lot to do with the suppression of the Krampus for generations. Over the last few years, however, the Yuletide monster has been making something of a comeback. As well as a Christmas-themed horror film due for release shortly, National Geographic published a book based on the Krampus written in German.

Krampus Around the World

In several countries in Europe, such as Austria, Germany, Hungary and Czech Republic, men dress in a Krampus costume and participate in events dubbed Krampuslauf. These events consist of one or more “Krampus” chasing scores of people in something like a fun-run. Even in America, Krampus fever is spreading much like Santa Claus did all those years back, where themed parties based on the Christmas Devil are on the increase. Austrians are also attempting to improve Krampus’s public relations by turning out all manner of merchandise from chocolates to figurines. Apparently, the anti-Christmas demon has suddenly become something of a Christmas salesman.

Merry Christmas to all readers.