There were no bones among the ashes.

It was a normal Christmas Eve in 1945 for the Sodder family of Fayetteville, West Virginia. Except for the eldest son being away in the Army, all nine of his siblings were enjoying the holidays at home with their parents, George and Jennie.

When it was time for the children to go to bed, five of the children—Maurice (14), Martha (12), Louis (10), Jennie (8), and Betty (6)—asked for special permission to stay up later. Jennie told them they could stay up a little while longer, but they had to remember to turn out the lights, close the curtains, and lock the front door. George and Jennie and four of their other children then went to bed.

Later, in the early hours of the 25th, the phone rang. Jennie left the first floor bedroom she shared with George and the baby and went into the hall to answer it. A woman was on the other end of the line and it sounded like there were several people talking in the background. The woman asked Jennie for someone Jennie didn’t know. Jennie told the woman that she had the wrong number. The woman laughed strangely and quickly hung up. Jennie may have puzzled momentarily about this strange call in the middle of the night, but her focus quickly shifted to the fact that the house was quiet but that all of the lights were still on, the drapes were open, and the front door was unlocked. Jennie just presumed that the five children who had stayed up late had forgotten. She closed up the house and returned to the bedroom.

Back in bed, Jennie was drifting back into sleep when she heard what sounded like an object landing on the roof and then rolling down along the side of the house.

And then she smelled smoke. It was approximately 1:30am.

She shook George awake and ran to the door of the bedroom. The hallway was filled with smoke and flames covered the stairway leading up to the children’s bedrooms. George and Jennie shouted up the stairs for everyone to get out of the house quickly.

Once out front, a headcount showed that the five children who had stayed up late were not outside with the rest of the family.

The flames grew quickly and blocked George from going back into the house. Thinking the only way to get the five children out would be to get them out through a top floor window, he raced around to the side of the house where a ladder always stood.

The ladder was gone.

Panicking, George then thought that if he could move one of his vehicles next to the side of the house he could stand on the top and help the five children out the window. He ran to first one truck and then to the other only to find that they wouldn’t start.

All George and Jennie and the four children who had managed to flee the house could do was to watch the fire ravage the house. The fire was brutal and reduced the house to ashes in less than an hour. Nothing was left but charred timbers and rubble and the basement. 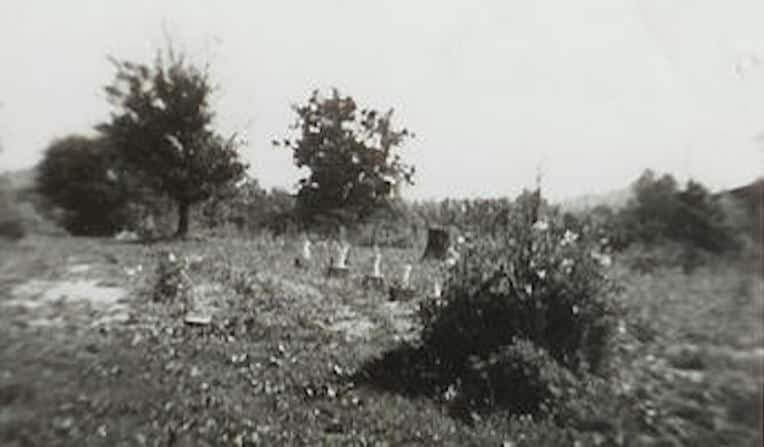 The site of the fire, with the Sodder children memorial. Photo credit: Faith on findagrave.com

For reasons not totally clear, it wasn’t until 8am—hours after the fire had burnt itself out—that the fire trucks appeared.

Local police followed the firemen to the scene and did a cursory investigation. The coroner was consulted and it was determined that the five children had undoubtedly perished in the fire and that the fire had been caused by faulty wiring.

But George and Jennie were not satisfied with that explanation. They wanted an in-depth investigation to thoroughly explain how, among other things, faulty wiring could have caused the fire when several lights were working perfectly during the actual fire. They suspected that there was something more to be discovered and they demanded answers.

And answers started trickling in which supported George and Jennie’s suspicions.

First and foremost, there were no human remains found anywhere in the rubble. Sifting through all of the ashes produced no skeletons. Jennie would later find out from a local crematorium that it took at least two hours at a very high temperature for a skeleton to disintegrate. But the fire at the Sodder home burned for less than an hour. There should have been five skeletons amongst the ashes.

It just didn’t make sense. George and Jennie began collecting bits of strange evidence that pointed away from the explanation the authorities had given them.

They came across a bus driver who stated that he had seen what he described as “fireballs” being thrown onto the roof of the house. Could this have been the noise Jennie heard?

A woman, somewhat familiar with the Sodder family, stated to have clearly seen the five children go by in a strange car while the fire was blazing.

At a diner fifty miles west of Fayetteville, a waitress would later say that she had served breakfast to the five children on Christmas morning but she couldn’t recall how many adults were with them.

As word spread and photographs of the children were shown in the vicinity, a woman said that she saw four of the children (where was the fifth?) in the company of four adults at a hotel in South Carolina.

These glimpses gave George and Jennie hope and caused them to pursue their own investigations and forensic experiments. Jennie burned chicken bones in an oven to see if they could be completely destroyed by the fire in 45 minutes. The bones remained intact. George heard of another house that had burned to the ground that clearly featured complete skeletons amongst the debris.

Armed with these facts, George and Jennie went back to the police and demanded to have the fire further investigated. But the police refused, claiming that the coroner’s inquiry determined that no crime had been committed.

So George and Jennie continued alone in trying to find answers.

George would repeatedly dig through the ruins looking for some kind of clue. Several years after the fire, there finally appeared what seemed to be the first trace of evidence: a few bones and what seemed to be some kind of inner organ. Tests showed that the “organ” was a cow’s liver and that the bones came from a person older than any of the five missing children—and the bones showed no sign of damage by or exposure to fire.

George and Jennie would not quit. They erected a billboard near the site of their former home which featured photos of the five children and announced a $10,000 reward for the safe return of their children, whom they now thoroughly believed to be alive and who had been taken from the house while the fire was deliberately set to cover the tracks of some kind of abduction.

Time passed and George and Jennie and their surviving children continued their search.

Then, in 1968, twenty-three years after the fire, Jennie got an envelope in the mail. It had been mailed from a city in Kentucky. There was no return address. Inside was a photograph of a young man. On the back was written:

Authorities thought it was some kind of cruel hoax, but George and Jennie thought the photograph looked exactly how Louis would have looked as an adult. There were multiple similarities. Once again hopeful, they hired a private investigator to go to the city in Kentucky to track down the photo’s sender and/or the young man himself.

The investigator left West Virginia and was never heard from again.

The 1968 photo was the last possible evidence that ever came to light. George would die in 1969 and Jennie would die twenty years later. They never believed that their five beloved children died in that fire early one Christmas morning.

It’s hard to begin sorting out the many mysteries contained in this story. Some questions are:

The whole story is still questioned by amateur sleuths trying to get to the bottom of this puzzling story. There are numerous sites on the Internet devoted to this mysterious tale. Although, as time goes by, the chances of finding a definite conclusion grows remoter with each passing year. 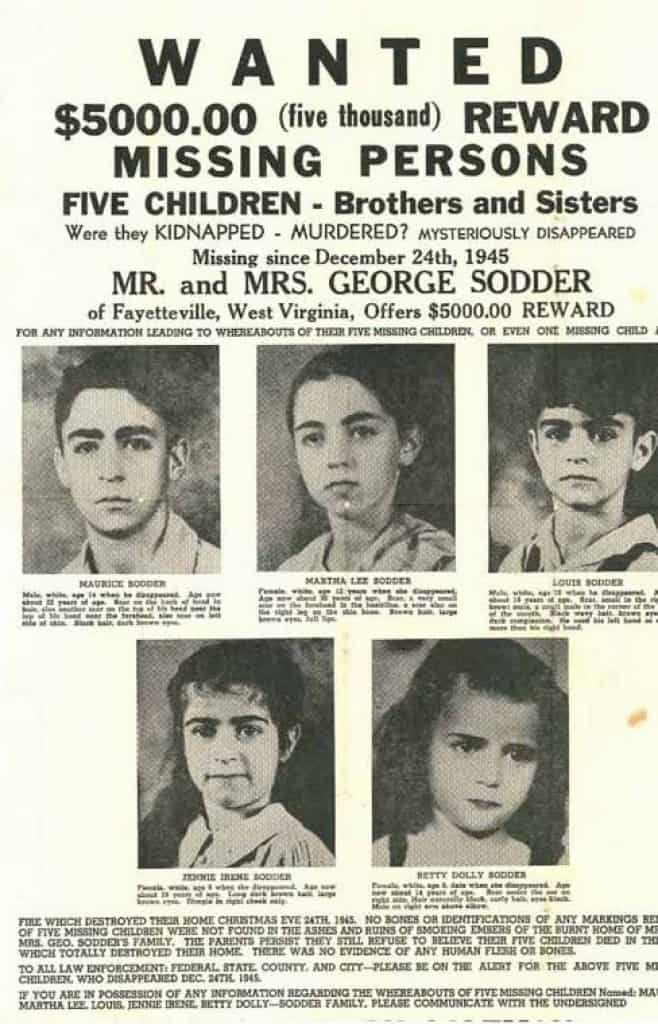