In the hours and days following the assassination of President John F. Kennedy, investigators would rely heavily on statements by spectators of the motorcade. Even more important evidence from people who were filming or photographing the event became a priority. Once the movies and films were developed, law enforcement used the subsequent images to try to piece together exactly what happened on the afternoon of November 22, 1963. However, there was one very mysterious bystander who was caught on camera close to the motorcade procession. She evaded all attempts by investigators to find her. They dubbed her the Babushka Lady. 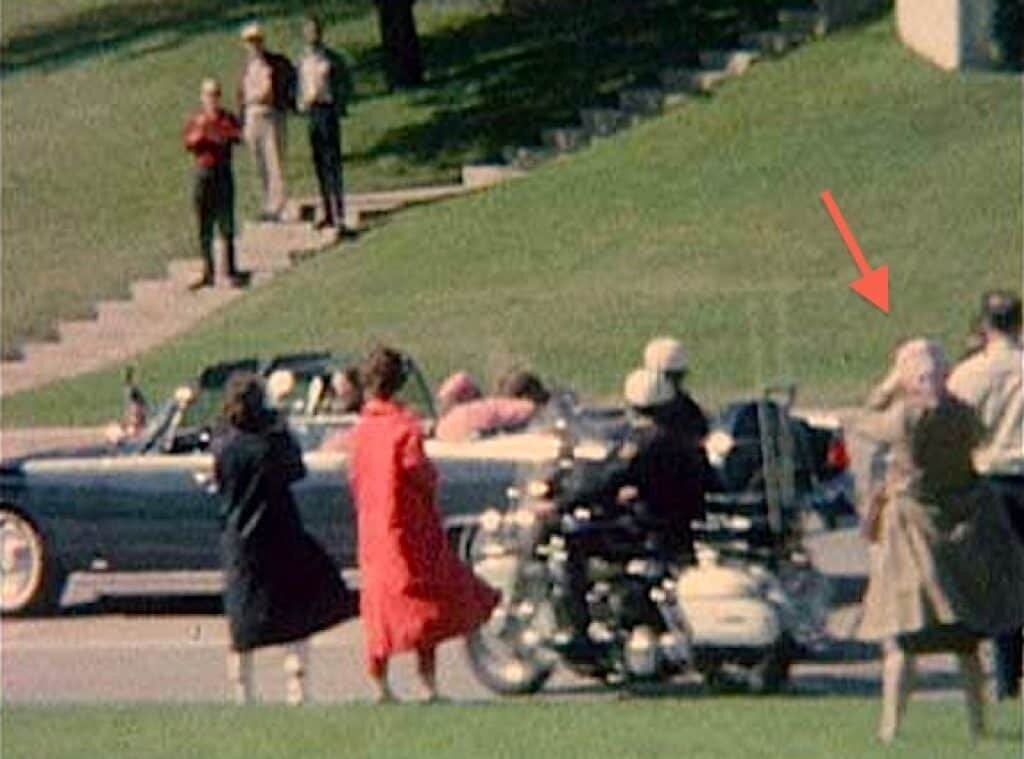 Babushka lady in tan coat and light scarf appears to be holding a camera to her face as Kennedy goes by.

The photos and films were not necessarily of the best quality. In the excitement following the shooting, bystanders fled for cover and confusion reigned. As it was not immediately clear which direction the shots came from, people ran in every direction, running into each other and fleeing towards whatever “safe” places they could find. 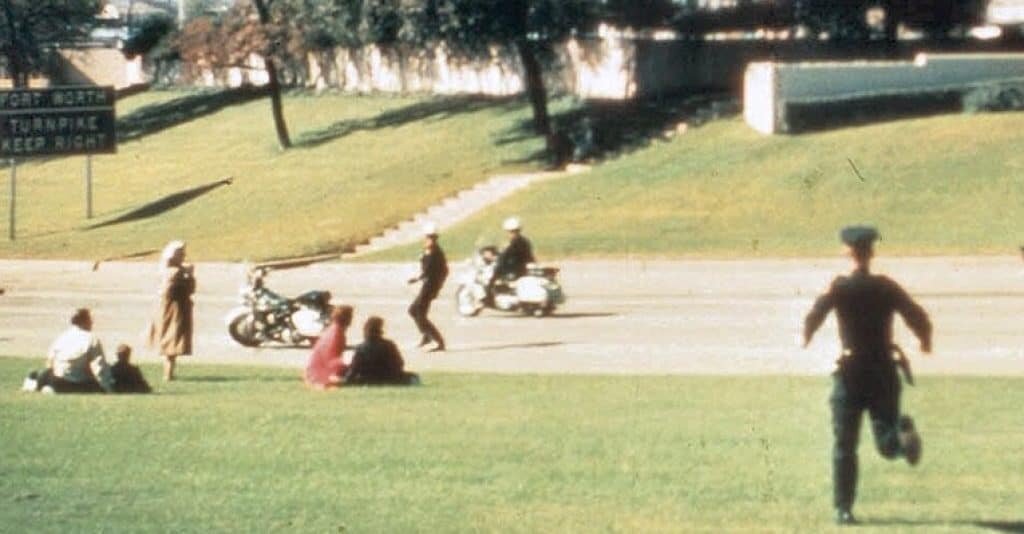 The days following the assassination were a whirlwind for investigators. There was clearly too much conflicting information and too many witnesses to wade through. But the outraged public was demanding immediate answers. The shooting of the main suspect, Lee Harvey Oswald, just added to the confusion.

Related: The Mystery of JFK’s Brain: How Did it Disappear?

A Scarfed Lady at the Front

Eventually, as the photographs and films were developed, yet another mystery of an already puzzling crime surfaced. Clearly shown in several photographs is a woman with what appears to be a camera of some kind in front of her face. It appeared to be pointing at the president’s motorcade when the shots were fired. She is standing somewhat close to the street, a very good vantage point for capturing the events surrounding the shooting. Over her hair, she is wearing a scarf of a tan or light brown color. The headscarf is what earned her the nickname of the “Babushka Lady,” a reference to an older Russian woman who dresses in a similar scarf.

While she appears in several photos, probably the best and closest image of the mysterious woman is from a movie that Marie Muchmore filmed. She was also a spectator of the motorcade. Unfortunately, the mystery woman has her back to Muchmore, obscuring a clear identification. She appears in several other photographs, but never clearly enough to make some kind of identification.

The investigating officials were curious. If the Babushka had been so close, and if had she taken photos or movies, the FBI was eager to see them. Also intriguing is her behavior. Photographic evidence shows that instead of running away after the gunshots, as many people did, the Babushka continued filming.

The FBI contacted everyone in the vicinity of the assassination taking photos or movies. The Babushka lady never came forward, despite evidence showing that she was capturing the tragedy in some way from a relatively good position.

Interestingly, a Dallas film developer later told FBI agents that he had developed a single color slide brought in by an unknown woman. The slide was somewhat blurry. But from the developer’s description, the photo was taken from the spot the Babushka was standing.

Is Beverly Oliver the Babushka Lady?

The trail of the mystery woman seemed to come to a dead-end until 1970 when a certain Beverly Oliver claimed to be the mysterious woman. Oliver claimed that the FBI confiscated her camera on the day of the assassination and they never returned it. At first, this seemed to be the solution to the mystery until Oliver identified the camera she had used. It was a model that had not been in production until several years after the assassination.

However, witnesses that stood near the scarfed woman stated Oliver was not nearby. Additionally, the analysis of the photos that included the Babushka Lady seems to indicate a woman much older and heavier. Oliver was only 17 years old and slim in 1963.

If it isn’t Oliver, why hasn’t this enigmatic woman come forward? What does she have to hide? Could it be, as one theory suggests, that the object the scarfed woman was holding was not a camera, but a set of binoculars? So is it possible she did not realize that law enforcement was looking for her?

It is most likely too late for her to step forward, even if she is still alive.

Over the subsequent years, countless theories and “facts” about the events connected to the assassination have surfaced.

“After conducting some 25,000 interviews and running down tens of thousands of investigative leads, the FBI found that Lee Harvey Oswald acted alone. The Warren Commission, which spent nearly a year carefully studying the assassination, agreed” (FBI, History, “JFK Assassination”).

Grainy images of the Babushka Lady on film are just another puzzle in a very mysterious Dallas afternoon.