Every day, five times a day, Muslims across the globe face Mecca and pray. When they face Mecca, it is not Mecca that they are truly facing, it is a cube-shaped building known as the Ka’aba or simply Kaaba. This building is also known as Baitullah or “The House of Allah.” On the east corner of this revered building, there is a cornerstone known as the Black Stone of the Ka’aba. It is steeped in mystery, legend, and speculation. 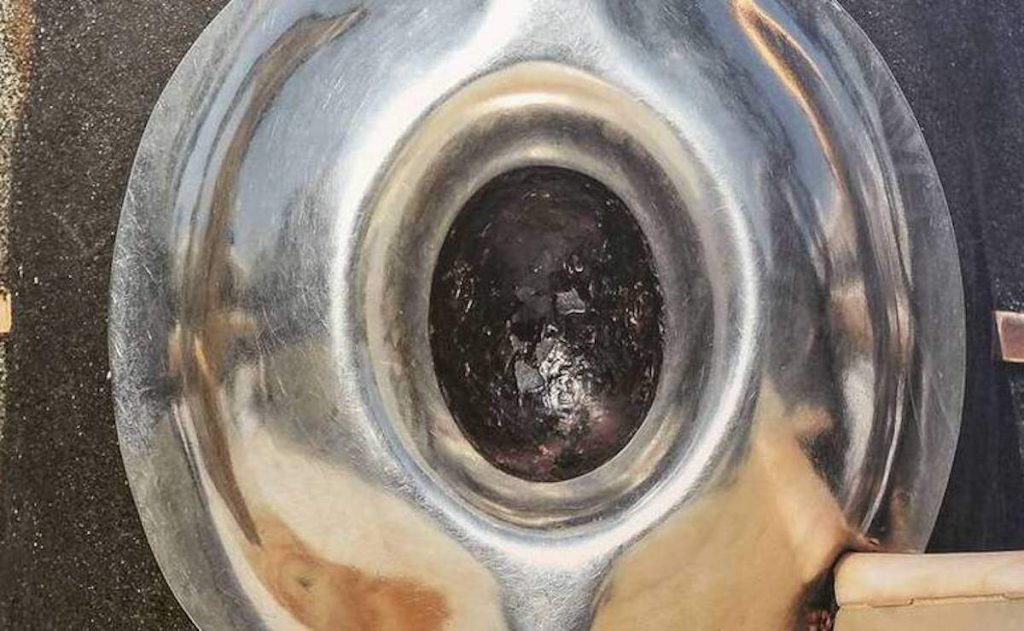 Close-up of the Black Stone or Hajar al-Aswad. Photo credit: makkahmadeenah on Instagram.

The Ka’aba resides in Makka or Mecca, Saudi Arabia. It stands in the relative center of the Al-Haram Mosque, where millions of Muslims flock every year to see this building and walk around it seven times. Most of the year, it is covered in black cloth. Beneath the black cloth is a stone building that may date back as far as 2030 B.C.E. Each side of the cube measures about 60 ft. across. There is a gold door on the southeast side. Inside, there is a polished marble floor and three pillars.

Muslims believe that Allah himself ordered that the Ka’aba be constructed. The story is that Abraham built the mosque with his oldest son, Ishmael. The building is said to be the likeness of Allah’s home in heaven. It is supposedly the oldest mosque on Earth. Historians believe it was once used by pagans, before Islam came into being. Likewise, the Black Stone is said to have been placed there and used by pagans, who were worshipful of such natural things. Islam forbids idolatry, so the Black Stone is not revered by them. They tell a completely different story about what the rock is and why it is so important.

There are various, slightly different, versions of the following story regarding the significance and origin of the Kaaba Black Stone. All are similar. When Adam was banished from Paradise or The Garden of Eden, he was filled with sin. The Black Stone was given to Adam to erase him of this sin and give him entrance into heaven. It is said to be from Heaven. At the time it belonged to Adam, it was white. Now, it is black because it has absorbed so much sin.

Muslims believe that the prophet Mohammad kissed the Black Stone and so, they kiss the Black Stone, if it is possible, during their obligatory, at least once a lifetime, trip to Ka’aba. If they are unable to kiss the stone, they point to it every time they pass on their seven-circle journey around the Ka’aba. This is a story steeped in religion and important religious figures. Therefore, the Black Stone has great importance as being linked to Allah, Adam and Mohammad. However, those outside of the Muslim faith have little to go by. 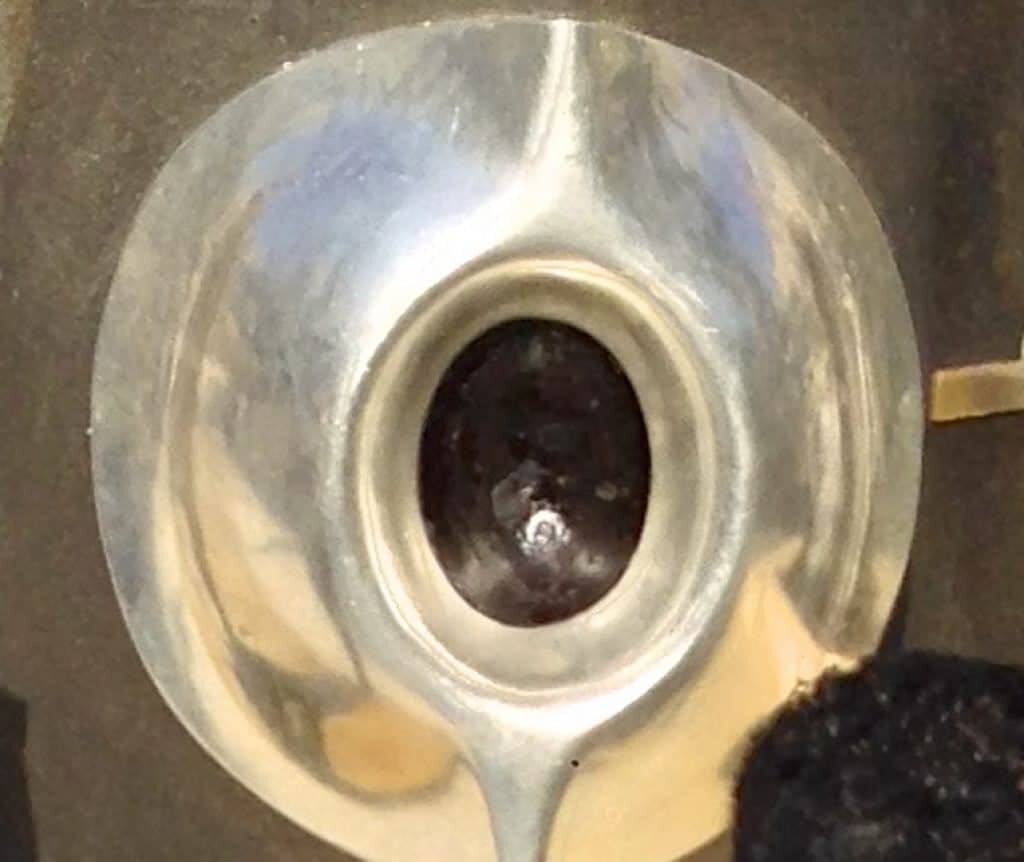 Another closeup of the Black Stone: Image: By Amerrycan Muslim (Own work) [CC BY-SA 3.0]

The Black Stone of the Ka’aba has been described as somewhere around 2 ft. in length. It is broken into roughly seven pieces, which are held together in a silver frame. The surface is certainly a blackish color, but there is some speculation that the color derives from all of the hands and mouths that have touched it, as well as the oils with which it is anointed. Not knowing the true color for sure makes it difficult to say just what it is. There is also a problem with getting a sample. Taking a sample would be extremely disrespectful. It might even be dangerous. There are stories about people being killed for messing around with the stone and the Ka’aba.

Thus far, speculation about the Kaaba Black Stone regard it being old and placed there by pagans. Those interested have postulated that the stone may be glass, agate or meteorite. It may also be glass from a meteorite. It is obviously brittle or it has been damaged by something very strong, which is certainly possible, considering it has been stolen and in the midst of a war in its history. Evidence pointing to any of these theories is slim, though the meteorite theory is the most popular. In the end, the stone holds much less importance to non-Muslims. The mystery of its origins will have to be left to myth and legend for now.

Hanging Gardens of Babylon May Have Been in...