Did Madeleine Smith commit murder or didn’t she? The question is still debated in Great Britain. We may never know if Madeleine Smith killed her lover  on the night of March 23, 1857? 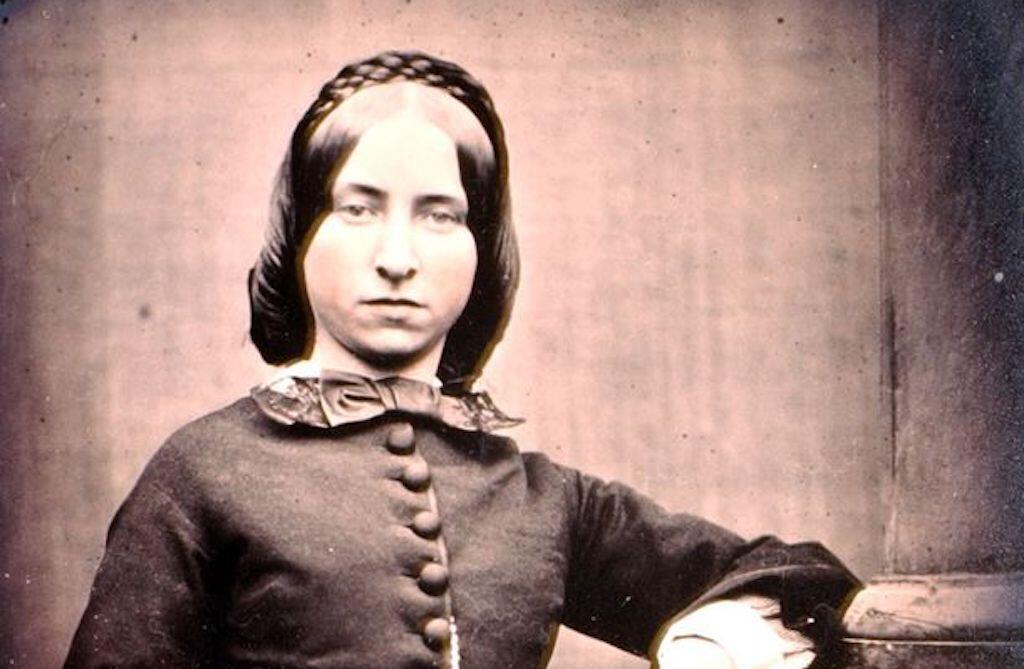 Madeleine came from a wealthy Glasgow family. As such, she was expected to move within that social class and certainly not to associate with the poor working-classes that Emile inhabited.

But Madeleine carried on a secret relationship with Emile for two years, writing to Emile in passionate language that scandalized Victorian Scotland and by having clandestine meetings with him at her bedroom window while her family slept.

Her father, not knowing of the relationship, found a suitable man for Madeleine to marry. Madeleine wrote to Emile breaking off their relationship and asking for the return of her letters. Emile refused and threatened to show the letters to her father, which most likely would have meant her family disowning her and throwing her out of the house. Madeleine begged Emile not to expose their relationship. She vowed to keep on seeing Emile, so she juggled both Emile and her fiancé.

At this time Madeleine started purchasing arsenic. She later claimed to use it as a cosmetic for her complexion. Perhaps coincidentally, Emile started suffering from crippling stomach maladies. The episode on March 23rd was serious enough that he died.

The coroner determined that Emile had died from arsenic poisoning. The authorities discovered Madeleine’s letters and evidence of her arsenic purchases and arrested her soon after Emile’s death.

Trial of the Century

The press and populace flocked to what would be called the “trial of the century.” Both sides argued brilliantly. But Madeleine went free due to the fact that, although the circumstantial evidence was heavily against her, the prosecution could not prove that Madeleine and Emile had met during the weeks leading up to his death.

She was free, but Glasgow’s society wanted nothing to do with her. She moved to England and, later, to America.

Did she or didn’t she? The mystery lives on.

Doug MacGowan’s book “The Strange Affair of Madeleine Smith: Victorian Scotland’s Trial of the Century” can be purchased on Amazon.

Chris Benoit – The Murder Suicide of a...