Local news bulletins don’t often become the news generally. A little after 5:00 pm on Saturday 26 November 1977, the transmission of the local UK station Southern Television news bulletin made worldwide headlines when it was overridden by an external broadcast from an individual claiming to be Vrillon of the Ashtar Galactic Command. 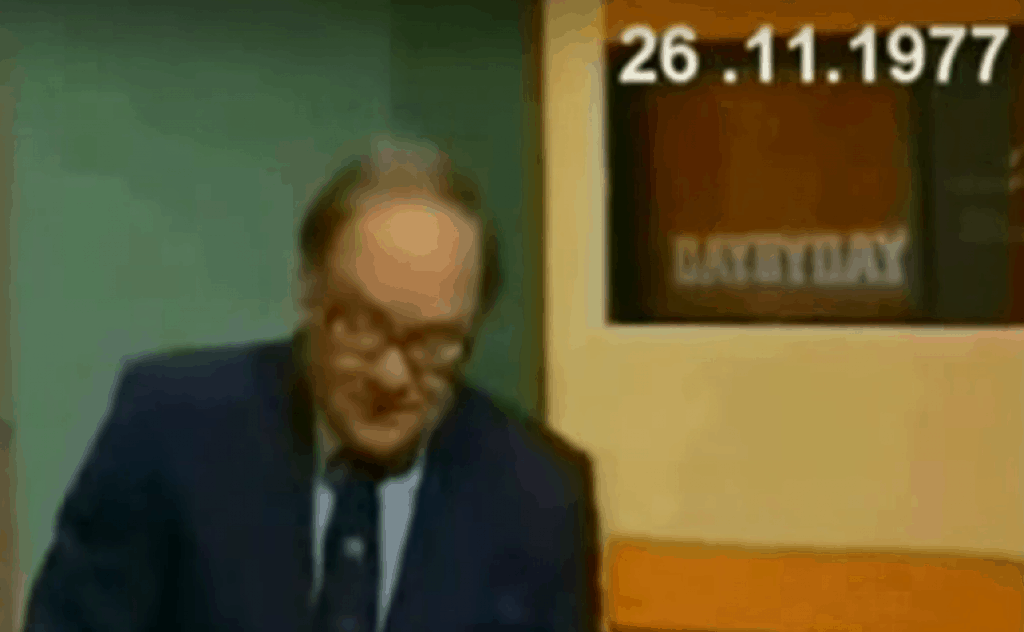 The news immediately prior to the Vrillon message.

As newscaster Andrew Gardner recited the days’ events in Rhodesia (now Zimbabwe), the scheduled bulletin began to break-up and an eerie broadcast took over in its stead. The Independent Broadcasting Authority (IBA) engineers based in Croydon, Surrey had no idea that their regularly scheduled news bulletin had been hacked by an outside source. This rogue signal was also oblivious to the main transmitter located in Southampton. The only people that were aware of something bizarre taking place were the viewers themselves. Some panicked, while others were unmoved. The video feed remained intact, but the audio was suppressed by a spokesman identifying himself as Vrillon. His six-minute message went as follows:

This is the voice of Vrillon, a representative of the Ashtar Galactic Command, speaking to you. For many years you have seen us as lights in the skies. We speak to you now in peace and wisdom as we have done to your brothers and sisters all over this, your planet Earth. We come to warn you of the destiny of your race and your world so that you may communicate to your fellow beings the course you must take to avoid the disaster which threatens your world, and the beings on our worlds around you…

The IBA moved quickly to dispel fears and concerns among their viewership, declaring that the broadcast was a hoax. A technically gifted one, but a hoax nonetheless. Whoever, or whatever, was responsible for the broadcast interruption would almost certainly have excellent and in-depth knowledge of broadcasting capabilities and frequencies in order to pull off the interruption. The Huntingdon transmitter, where the Southern TV signal was normally broadcast from, was actually a unique example that could explain why Southern TV became the victim here. The Huntingdon signal actually originated at the Rowbridge transmitter on the Isle of Wight. Overriding this FM signal was quite an easy thing for the right person to accomplish.

Pulling this off required a lot more than mere capability. Time, and quite a bit of it, was also necessary. If this was, as the IBA contest, a hoax then it was a magnificent effort on the part of the hoaxer. It’s almost unfortunate that nobody knows precisely who that was.

The same thing could be said about another infamous broadcast interruption. This one occurred on 22 November 1987 in Chicago, Illinois. On this occasion, a pair of broadcasts were taken over by someone resembling then-current TV star Max Headroom. The first intrusion occurred during a news report of a baseball game on WGN Channel 9. Both the audio and video were taken over but no discernible dialogue could be heard from ‘Max’. The only audio that could be heard was a buzzing that drowned out the news reports. WGN engineers managed to block this intruding signal by altering the frequency of their own. 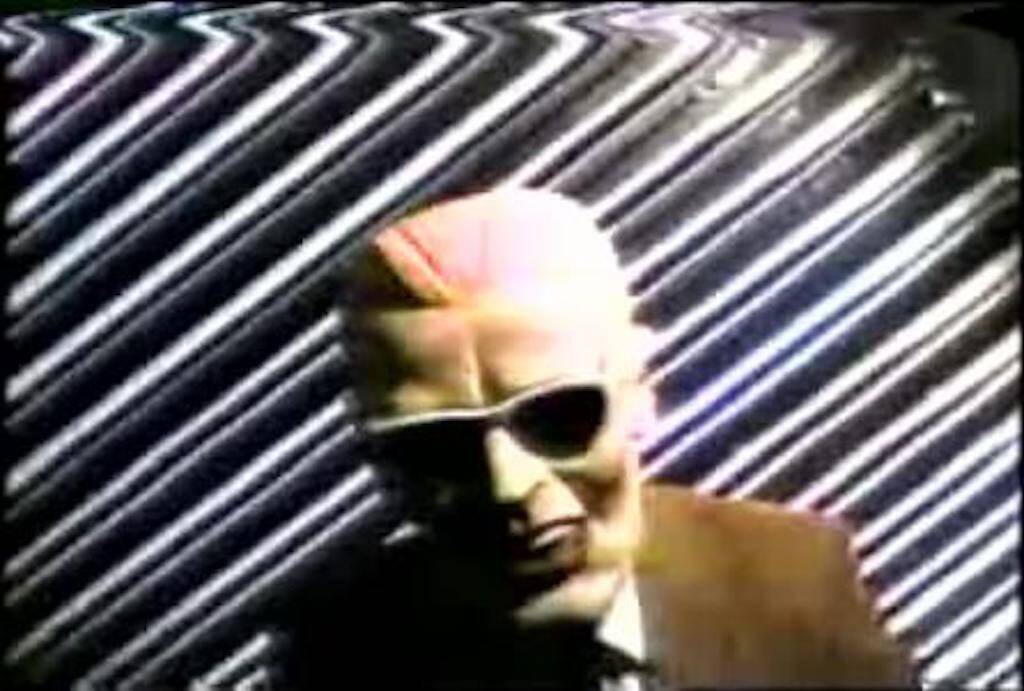 Someone resembling Max Headroom took part in the Chicago broadcast interruption in November 1987.

Three years after the first intrusion, another took place. This time the target was WTTW and audio was present. Ironically, it was an episode of Doctor Who that suffered the interference. Once again, a Max Headroom lookalike invaded the airways and uttered a stream of incoherent babble and juvenile sound effects. He also sang the Coca-Cola advertising jingle to a can of Pepsi on air and finally got an accomplice to brandish a flyswatter while parading in a French Maid’s uniform. ‘Max’ readied himself by mooning to the camera before the accomplice instigated a spanking. WTTW technicians were unable to combat the high microwave signals that were employed with standard counter-measures available at the time. WTTW was able to gather recordings of the event from Doctor Who fans that recorded the scheduled broadcast of their favorite show.

Who Are The Hackers?

Both Vrillon and Max Headroom have yet to be identified conclusively. Neither had intruded on any broadcasting since. Whoever masqueraded as Max Headroom in 1987 was likely a high-school fraternity who did what they did for the notoriety it would bring. What of Vrillon? Perhaps the IBA were correct in their assessment. But the very nature of the message given has made some people believe that Vrillon could very well be the real thing.

And he may be simply biding his time.

The Mystery of the Mary Celeste Lost and...