Home » History » What Happened to the Minoans? New Clues May Give Us An Answer
History

What Happened to the Minoans? New Clues May Give Us An Answer

In the middle of the eastern Mediterranean, at the crossroads of Africa, Asia, and Europe, the mountainous island of Crete was home to Europe’s first great civilization of the Minoans. Named after the legendary King Minos, the Minoans flourished from 2000 BCE-1400 BCE. In addition to erecting magnificent palaces, they dominated extensive maritime trade routes and proved to be an advanced society made up of artists and engineers. By the 14th century BCE, this rich and sophisticated culture had vanished. For thousands of years, scientists speculated as to the cause of their demise. But now new evidence may provide an answer to the mystery of what happened to the Minoans. 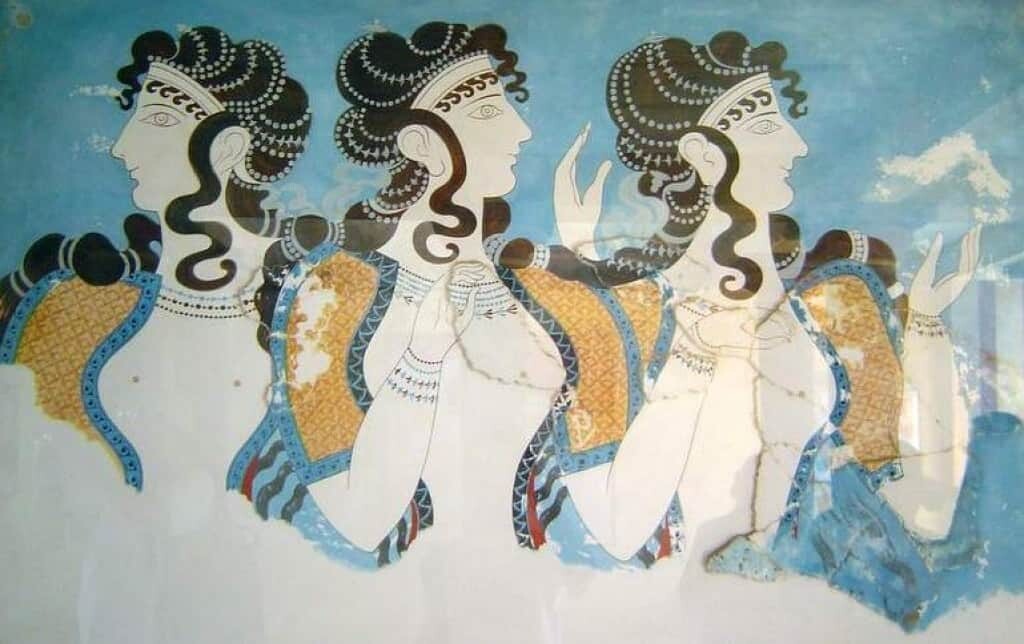 Fresco of women from the palace in Knossos. Photo Credit: cavorite

The Minoan Culture Grows and Thrives

Research shows that the Minoans were primarily mercantilist people, engaged in overseas trade. They managed a lucrative maritime empire, controlling most of the commerce around Greece, the Greek islands, the Mediterranean region, and the Aegean Sea out to the Black Sea. This sophisticated group of people was also the first in Europe to use a written language, known as Linear A, as well as the first to construct paved roads.

Archeological evidence shows there was habitation on Crete since the 7th millennium BCE. After the 5th millennium BCE, we find the first evidence of hand made pottery, marking the beginning of the civilization. History shows that Crete had 90 cities, of which Knossos was the most important.

Research shows that unknown forces destroyed the palaces and homes of the Minoans in 1700 BCE. There is speculation that a powerful earthquake or outside invaders may have had something to do with it. Despite the sudden destruction of their palaces, the Minoans continued to flourish. 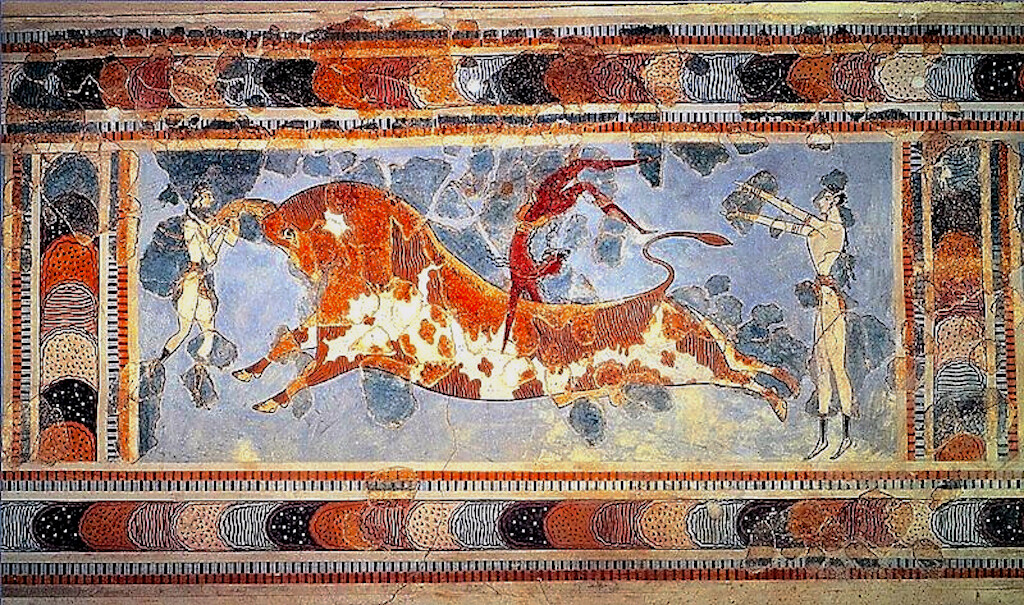 A fresco showing the sport of bull-leaping int he Minoan site of Knossos. Image: Public Domain.

The end of this thriving culture occurred in the middle of the 15th century. Later, Knossos met its destruction in 1375. Research shows that by this time, the Mycenaeans controlled the entire island. It had been many years since the Minoans abandoned their community.

Again, we cannot be confident as to what caused the sudden interruption to the Minoan civilization. However, scholars have pointed to outside forces and the eruption of the Thera volcano.

The Minoans were a powerful, intelligent civilization. However, at the height of their power, they were wiped clean from our pages of history. For thousands of years, the world has wondered how such an advanced culture could disappear so mysteriously. Their disappearance has been one of the world’s greatest mysteries and has perplexed historians for decades – until now.

Theories About Their Collapse

Early in the 20th-century, experts brainstormed about what happened to the Minoans. They knew of the devastating volcano, and many conclude that it must have wiped the Minoans civilization away almost instantly. Then archaeologists found clay tablets that proved the Minoan civilization survived for 50 more years after that volcanic eruption.

Whatever happened to the ancient civilization of the Minoans has been a favorite topic of many historians. Recently, a team of scientists began looking for more definitive answers, and their findings are casting doubt on previous theories long held by scholars for decades. Instead, they are unearthing new evidence as to what happened to the Minoans.

Here we discover Dr. Floyd McCoy’s theory of the Minoan collapse. A vulcanologist from the University of Hawaii, he has been inspired by volcanoes since his childhood. Dr. McCoy wanted to find out if there was a connection between the eruption and the end of the Minoans. He embarked on a journey to gather evidence from scientists all over the world to answer this question.

Drawing of a Minoan Palace

Floyd McCoy was convinced that a giant wave, or tsunami, was generated as a result of the massive volcanic eruption, and these giant waves battered the northern coast of Crete, but the proof was hard to find.

However, in 1997, a young British geologist, Dr. Dale Dominey-Howes of Kingston University found what he believes is firm evidence of a tsunami hitting the island of Crete. He drilled deep into the mud at an inland marsh on Crete and took the mud back to England with him for analysis. Analysis of the mud showed it had been deposited layer upon layer, for thousands of years. A tiny fossilized shell that only lives in very deep seawater was found in the mud. He felt sure the only way the shells made it into the mud was due to the giant waves washing it inland. A Minoan palace also sat at the same level where the shells lay, which suggests the tsunami hit shortly after the construction of the palace.

Eruption and Tidal Wave on Crete

In conclusion, Floyd McCoy’s findings have unearthed new evidence and new theories as to what caused the downfall of the Minoans. His theory is that the volcanic eruption, already classed as one of the most devastating in the last 10,000 years, could have actually been bigger than scientists previously thought.

As a result of all of these natural disasters, the Minoans, stripped of everything, began to see their world differently.  They stopped obeying the priest-kings in palaces like Knossos. This marked the start of a 50-year downfall of the entire Minoan civilization and they were in no position to fight back when the Greeks invaded and took control of the island.

For Dr. Floyd McCoy, he had found his answer to how the eruption of a massive volcano could lead to the downfall of a civilization. Although we are still not certain about what happened to the Minoans, we now know that the volcano affected the Minoans in ways only modern science could quantify.