Did a Lost Roman Legion Wind Up in Liqian, Northwestern China?

In 1957, Homer H. Dubs, the author of A Roman City in China, made a controversial proposal about the lost Roman legion of Marcus Crassus. He believed that around 50 BCE, the soldiers ended up as prisoners of war. Eventually, they became mercenary soldiers for the Han Chinese who gave the Romans land in the Gansu province. There, the Romans founded a city called Lijien (also Liqian), the word that the Chinese used for legion. Some of the people who live in Lijien — today, “Zhelaizhai” — have Caucasian features. Consequently, Dubs believed that the residents of Zhelaizhai may be the descendants of the lost Roman legion.

These Uyghur girls are genetically similar to a few residents of Liqian, today’s ZhelaiZhai. Public domain.

Marcus Crassus and His Legion of Roman Soldiers

In 53 BCE, a humiliating defeat for a Roman army set off a chain of events. Consequently, this may have led to the furthest eastward expansion of the Roman Empire’s military and cultural influence. The defeat took place at the Battle of Carrhae, located in eastern Turkey, where the Roman fought against 10,000 Parthian archers against seven Roman legions led by Marcus Licinius Crassus.

Prior to this battle, Crassus had amassed a degree of fame after he defeated Spartacus’ rebellion in 71 BCE. However, his success would not last. Despite his prior conquests, many people questioned his military leadership. The leader’s inexperience became apparent the day he led 45,000 soldiers into battle against the very prepared and mobile Parthian cavalry in Carrhae, now known today as Harran, Turkey.

What Happened to the Lost Roman Legion?

The fate of the 10,000 captured Legionnaires remained a mystery. They became known as the Lost Roman Legion. In 20 BCE, under Caesar Augustus, negotiations regarding the return of these soldiers only compounded the mystery.

The Parthians stated there were no prisoners to repatriate. However, Paul Brummell, the author of Turkmenistan, says that the Parthians moved many prisoners from the Battle of Carrhae eastward to Merv, Turkmenistan, where they used the fighters against invasions.

Chinese records indicate that in 36 BCE at the Battle of Zhizhi, the Han captured the Xiongnu, led by Zhizhi Changyu in Central Asia, in a place known today as Dzhambul, Uzbekistan, in 36 BCE.

Chen Tang, one of the Han generals who fought the Xiongnu, recorded fighting soldiers who used the yu lin zhen, fish scale, formation. This tactic of tightly squared units utilized shields for the first row to cover their body. The following rows covered their heads. However, the Roman legions used this strategy throughout the empire and called it the testudo (tortoise shell). 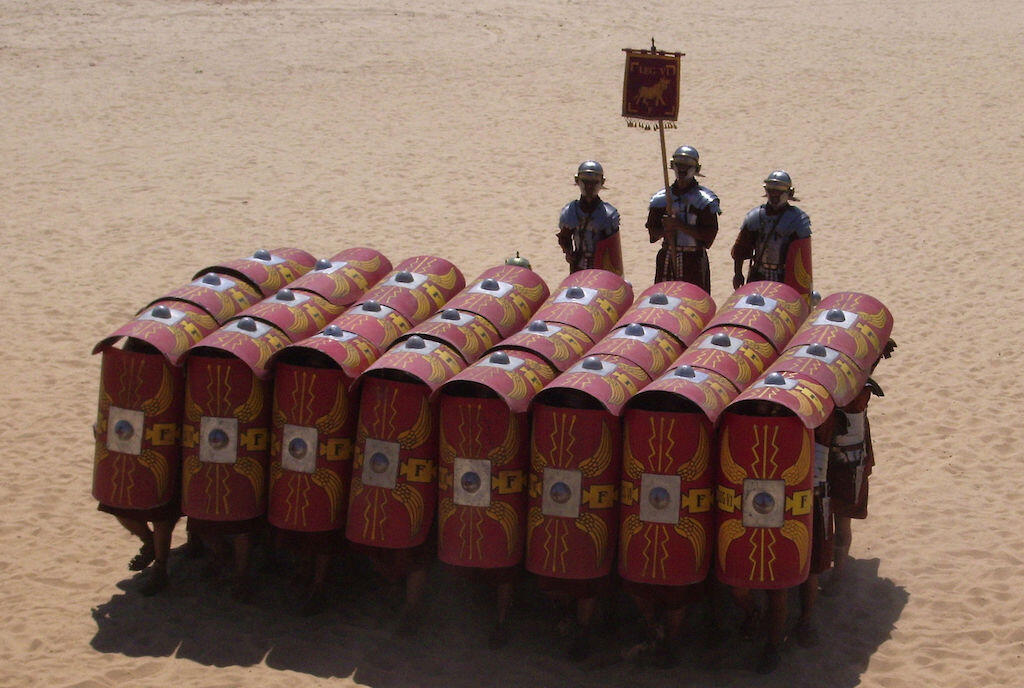 Charles Hucker proposed that the Roman legionaries may have been amongst the Xiongnu soldiers. Following the Battle of Zhizhi, the Han possibly captured over a thousand prisoners. Emperor Yuandi established a new county called Lijian (Liqian) or Li-jien, which, according to Hucker, is a name that reflects the Roman legion.

The Theory of Liqian

As the story goes, the Han victors were highly impressed by the skills of the soldiers. Therefore, they moved them further east to the new outpost of Liqian (Li-Chien) in the Gansu province. From there, the mercenary soldiers helped the Han Chinese defend against Tibetan raids.

A map of China’s Han Empire available during this same period showed a county named Liqian. According to Fan Ye’s 5th century “Hou Han Shu”, Liqian was what the Chinese called the Roman Empire. 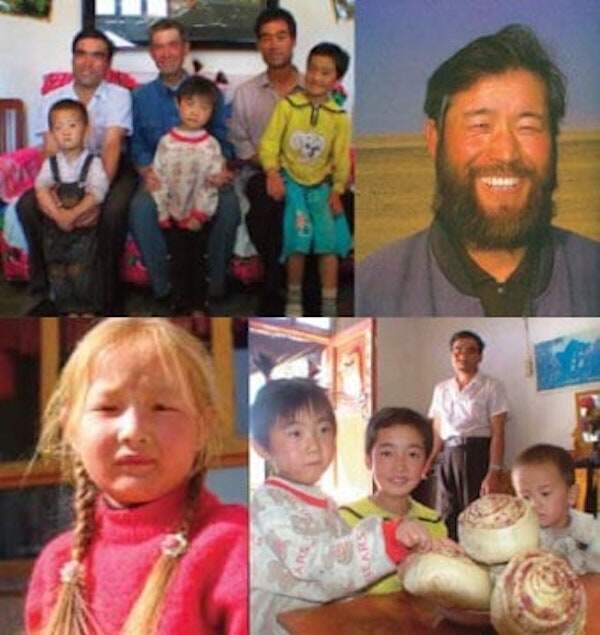 Evidence shows that the people of Zhelaizhai had lined the ancient streets with tree trunks. This was a uniquely Roman practice. Also, at least one Roman helmet with Chinese lettering puzzled researchers, and a strange passion exists for bulls. However, neighboring cities do not.

Arguments Against the Lost Roman Legion in Liqian Theory

A 2005 DNA analysis of residents in Zhelaizhai indicates that approximately 56 percent have genetic sequences similar to Europeans. However, the analysis did not determine that they derived from Southern Europe, as experts would expect if they originated in Italy. On the contrary, their DNA was similar to that of the Uygurs of the Xinjiang Province of Western China, who possess Northern European ancestry (Khan).

Another study from 2007 determined that according to paternal (Y) lineage DNA, the people of Zhelaizhai are not descendants of Romans. Instead, they are very similar, genetically, to Han Chinese with a small amount of Mongolian aspect. Scientists indicated that a complete study of mtDNA (maternal lineage) is necessary to complete the assessment.

Although the locals of Zhelaizhai have, in their minds, accepted the idea that they are Roman in origin, it appears that the evidence so far indicates that they are not.