Roman concrete is a remarkable innovation that served as the building blocks for the world’s most impressive megastructures. In Italy, the Colosseum, Pantheon, and Flavian amphitheaters of Pozzuoli and Capua are just a few unparalleled examples of what this special concrete has built. It derives from a certain type of volcanic ash and was made with ancient knowledge that has since been lost. Utilizing this incredible natural material, the Romans constructed the strongest, most beautiful, and longest-lasting architecture of all time. Why was Roman concrete so special, and how did it impact the Roman Empire? 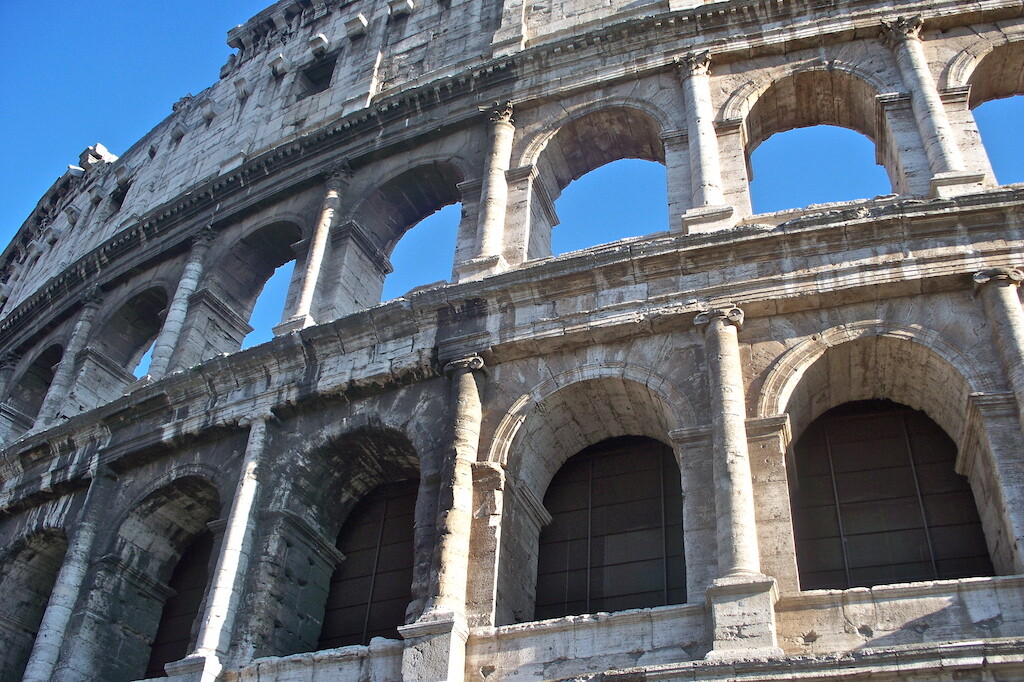 What is Roman Concrete?

Roman concrete derives from a type of volcanic ash called Pozzolana. Unlike other types of volcanic material, Pozzolana contains siliceous (silicon dioxide) and aluminous elements. This unique composition makes the ash react with other materials. Under the right conditions, this ash will bond with specific elements to create a type of cement. It is this cement that became the backbone of Roman civilization.

While volcanic materials are prevalent in many areas, Pozzolana is mainly from the area of Pozzuoli in the region of Naples, Italy. Hence, the name of the material derives from its place of origin. Ancient Greeks were probably the first to use volcanic material to generate concrete. And interestingly, it was the Greeks who actually founded the areas of Pozzuoli and Naples. These areas are highly volcanic with the well-known Mt. Vesuvius just across the Bay of Naples and the supervolcano, Campi Flegrei, around the region of Pozzuoli. Many eruptions in the area have produced copious amounts of volcanic tuff (ash that has hardened into stone) or tufo in Italian, which decomposes into Pozzolana. Thus, early builders of Rome would travel long distances to Pozzuoli to acquire the special Pozzolana.

The outer structure of the Flavian Amphitheater in Pozzuoli. Parts of the original Pozzolana are still visible.

Evidence exists from Kameiros, Rhodes, which indicates ancient Greeks were already using volcanic ash for cement in 500-400 BC. However, the Romans refined the process of using Pozzolana by creating lime-based pastes to bind structures together. With this process, Pozzolana could be used to create sturdy buildings in addition to advanced underwater footings, due to its ability to harden underwater.

How Romans Made Their Cement

Because of its widespread usage throughout the empire, it is no surprise that they thoroughly documented the production of Roman concrete. One of the most reliable sources regarding the use of Pozzolana is from Vitruvius, who wrote about four distinct variations. He distinguished the variations by color and areas in which the Romans could find the ash throughout Italy.

The concrete mixing process became fairly standardized throughout the Roman world. According to historic records, their blend consisted of three ingredients. In addition to the Pozzolana, the Romans also added a lime paste and small rocks. This is similar to the way builders make cement today. However, the unique chemical composition of Pozzolana made Roman concrete unusually strong, even in comparison to modern blends.

This strength, combined with the fact that it could harden under water contributed to the rise of the Roman empire. Because Pozzolana expanded construction to include seaports and other waterways, the Romans were able to anchor themselves along the coastlines of their empire. This not only allowed them to have a strong naval presence, but it also opened the channels for maritime trade, which brought in vast amounts of wealth.

One of the best examples of coastal construction using Roman concrete is at Caesarea Maritima. Today, Caesarea Maritima is an Israeli national park. Initially, these ruins were part of a port that the Romans constructed under the rule of Herod the Great. Although it is no longer a center of commerce as it once was, many of the structures are still visible. This includes an aqueduct and a theater. Most impressively, parts of the construction are visible underwater in the shallow zone with minimal erosion or damage.

Another good example of the longevity of Roman concrete exists at Cosa. In this area of southwestern Tuscany, Romans laid the piers underwater by using long tubes. This allowed the concrete to set without seawater getting into the mix. Although the area has degraded through time, the three piers still stand. Amazingly, the underwater portions are in remarkably good condition.

Many factors helped the Romans achieve great societal success. However, one of the most important was arguably their ability to build magnificent architecture and lasting infrastructure. Numerous structures still stand in testimony to the building materials and skills of the Romans. In fact, at one time, it was said that “all roads lead to Rome,” and one of those roads that still exist today, Via Appia, led directly to Naples.

This is the breathtaking place where the elite would vacation lavishly at their seaside villas and where Roman builders acquired their Pozzolana – the same material that built their society.
Unfortunately, much of the ancient knowledge and skill of using Roman concrete died along with the Roman Empire. However, modern builders still find uses for Pozzolana as our society seeks to build its own lasting legacy for the centuries to come.

Pietrabbondante: One of the Last Samnite Sanctuaries