Mount St. Helens’ eruption of May 18, 1980, was the most catastrophic blast in the history of the United States. Many lives were lost, and the impact to property, the environment, industry, jobs, and tourism was likely in the billions of dollars. The amazing fact about this event is that there were many warning signs leading up to the eruption. 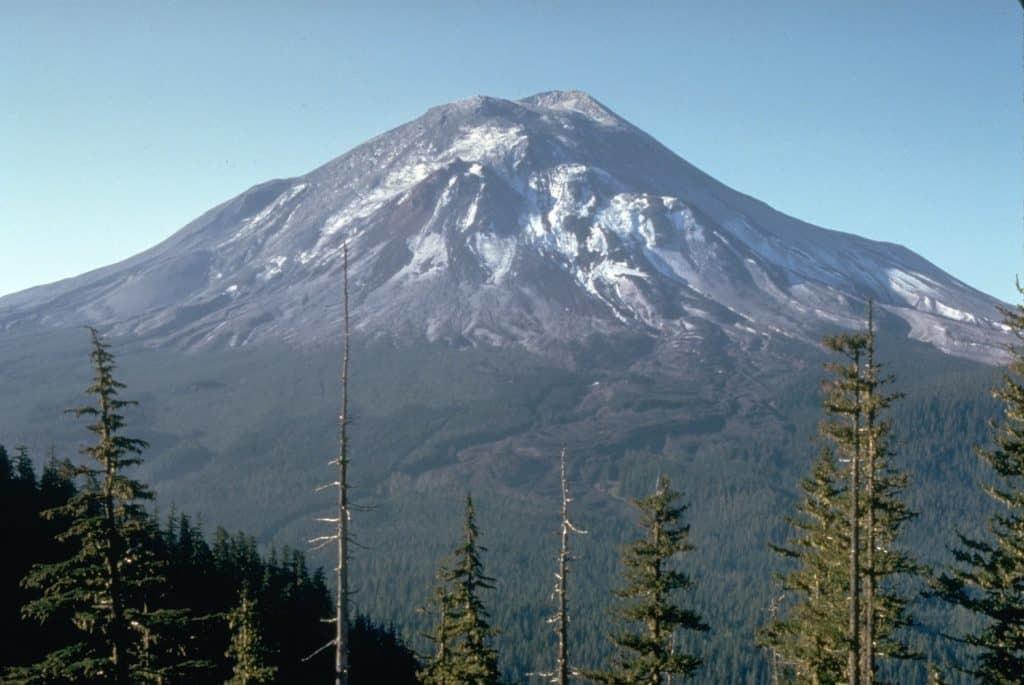 How Mount St. Helens looked on 17 May 1980, one day before the eruption. This photo was taken six miles from the volcano.

According to the U.S. Geological Survey, the total history of Mt. St. Helens goes back about 275,000 years, however, it began developing its stratovolcanic shape about 40,000 years ago. The site has erupted several times across millennia, split between the distinctions of “ancestral” and “modern.” Ancestral eruptions had a different composition than modern ones; modern eruptions began around 2,500 BCE.

The Ancient History of Pompeii

Were There Signs of the St. Helens Eruption?

The events leading up to the Mount St. Helens eruption in 1980 are well-documented. Magma had recently begun to seep over the volcano’s surface in the winter of 1979 and into early 1980. March 16th was the moment when a series of minor earthquakes plagued the area, culminating in an eruption on March 27th that left behind a 1,300-foot diameter crater. Eruptions continued at roughly once an hour in March then trickled down to once a day in April until the 22nd. 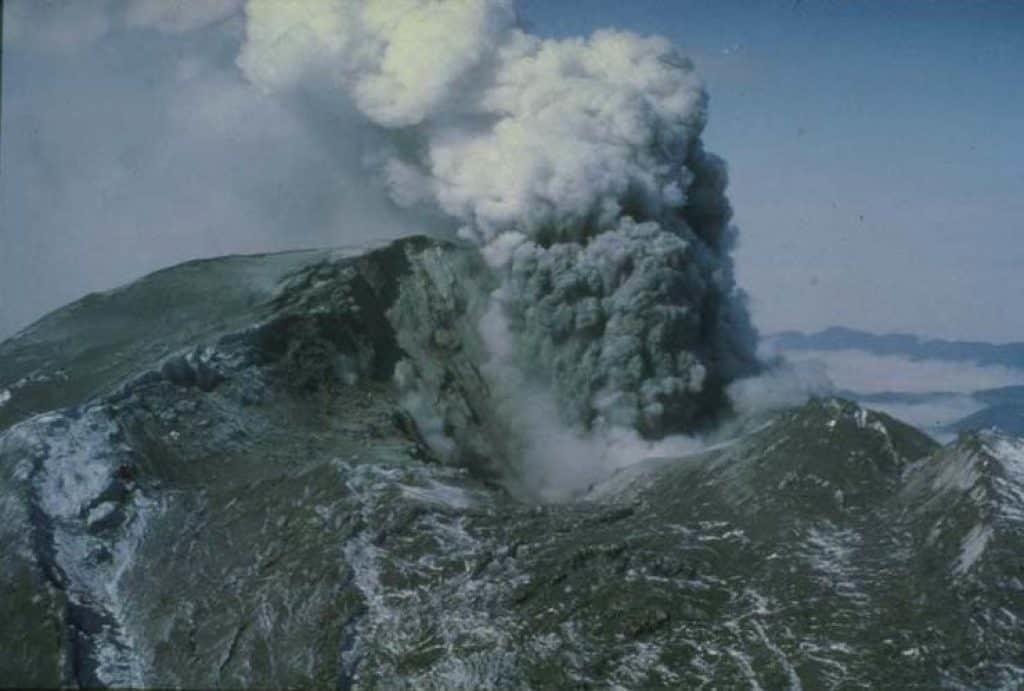 Small-level eruptions restarted on May 7th and continued for 10 days. Since that time, over 10,000 earthquakes had jostled the landmass, causing the northern flank to bulge due to pressure from magma. People prepared for the potential eruption by distributing gas masks to filter out the ash and stocking up on groceries. 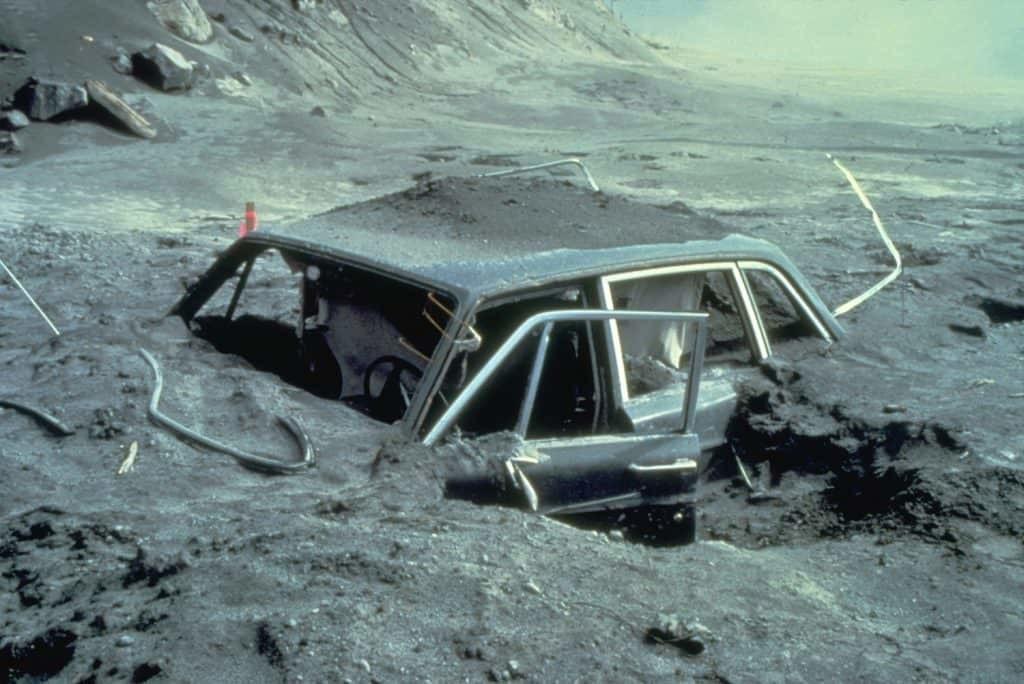 The remains of a vehicle found 10 miles from the volcano. Image: USGS

Hawaii’s Kilauea Volcano Firehose Lava
The Demise of the Minoans 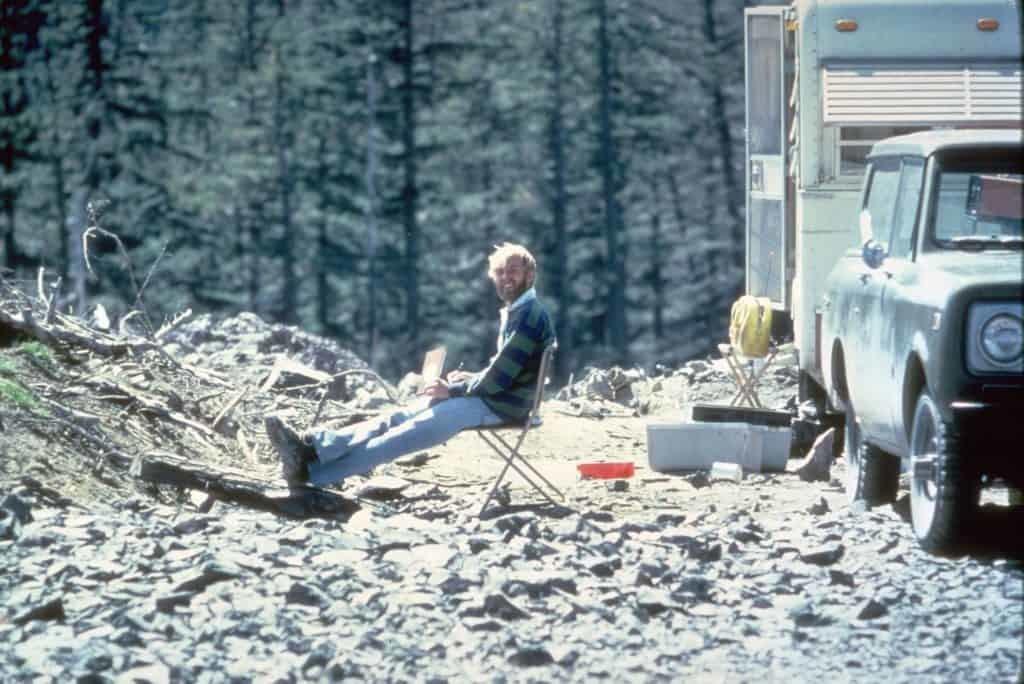 This photo of David Johnson was taken less than 14 hours before he perished in the Mount St. Helens eruption.
Image Credit: Harry Glicken, May 17, 1980.

On May 18th at 8:32 in the morning, the bulging eventually broke open after a 5.0 earthquake. David Johnston, a volcanologist long concerned with the site’s growing development, recognized the imminent “big one” and radioed the USGS base to warn them that “this is it” moments before the eruption claimed the lives of Johnston and 56 other individuals.

Elsewhere, Keith and Dorothy Stoffel, both geologists, were observing the area some 400 meters away from Mt. St. Helens’ summit and were able to witness the Plinian Column – a massive lightning-infused cloud filled with lightning bolts – rise toward the nearby Coldwater Ridge and Spirit Lake. The only thing snapping them out of their reverie was the cloud’s rampant approach toward their light plane. The Column reached a maximum height of 18 kilometers, and the volcanic activity lasted nine hours. 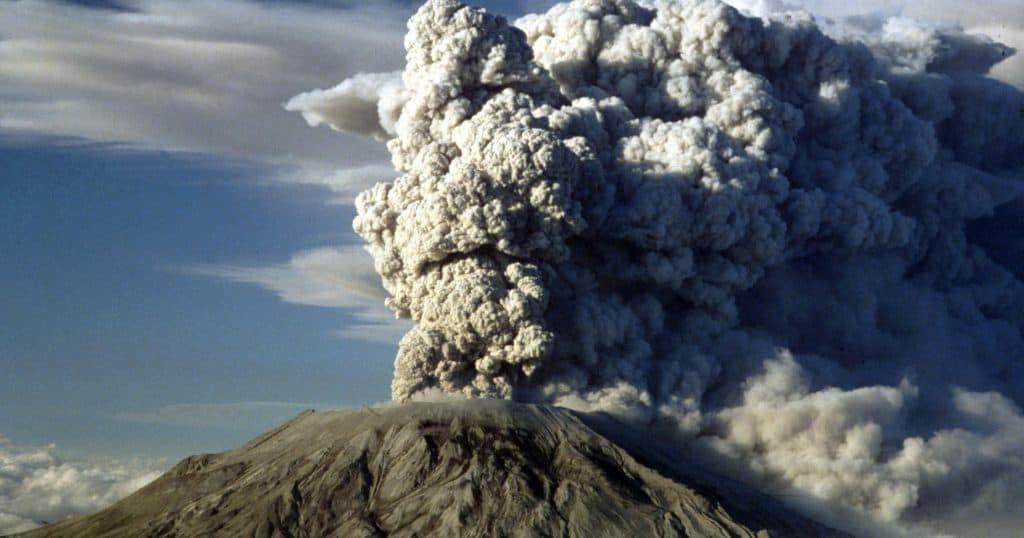 Despite warnings of the potential for a devastating eruption as far back as 1978, the general response to the Mount St. Helens eruption was chaotic, and rescue efforts lacked organization and disaster planning. 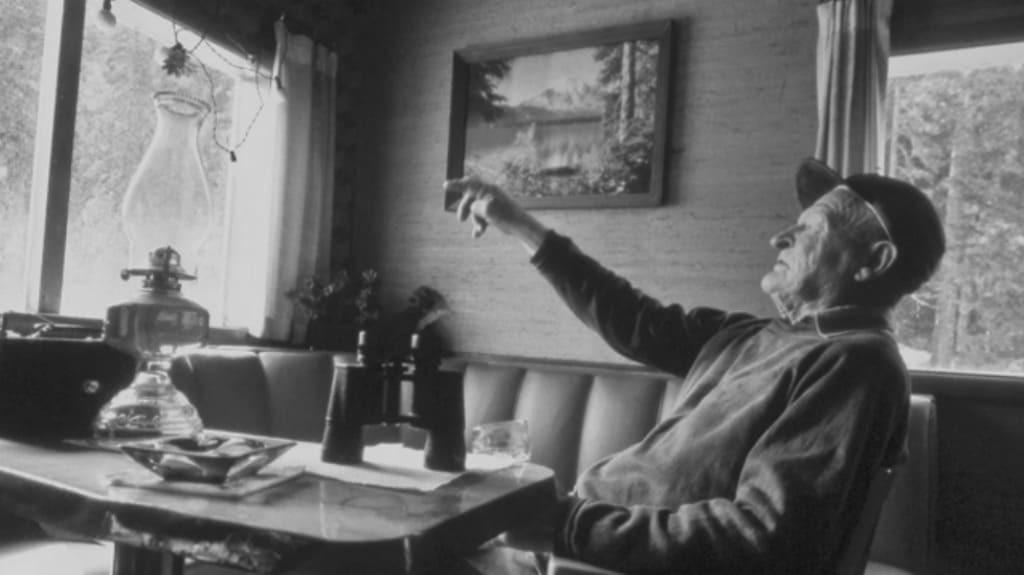 Harry Truman, who owned the Spirit Lake Lodge that sat in the shadow of Mount St. Helens, was one of the 57 people who lost their lives. 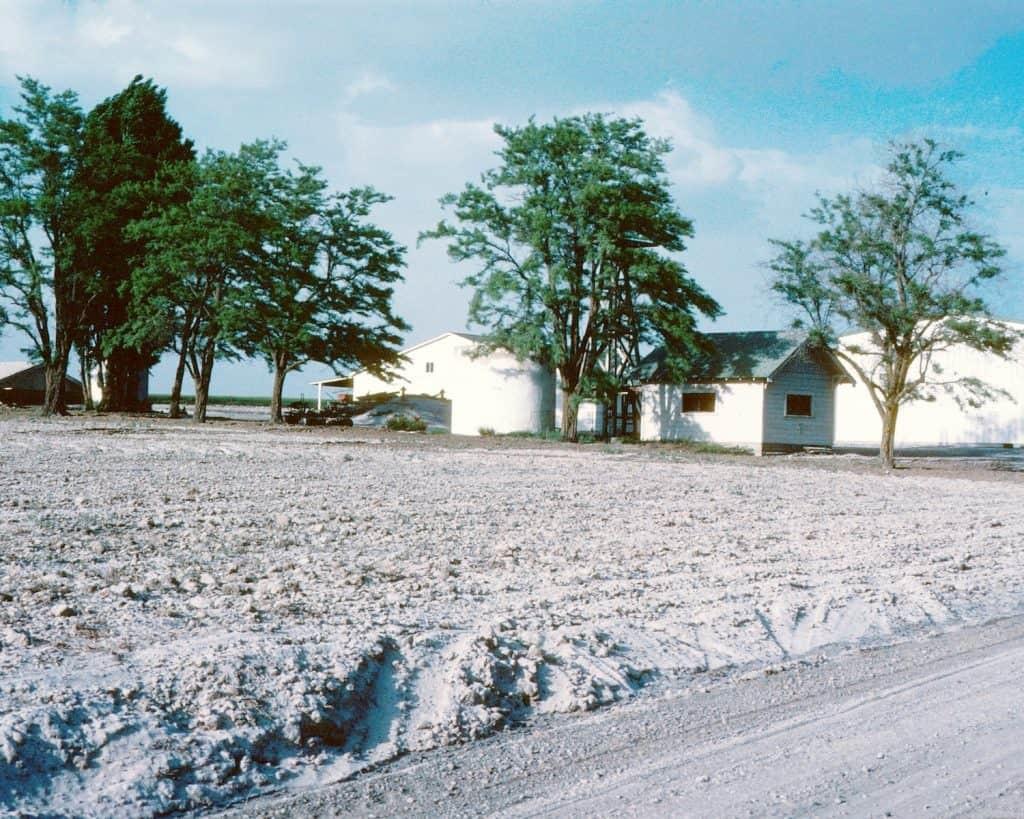 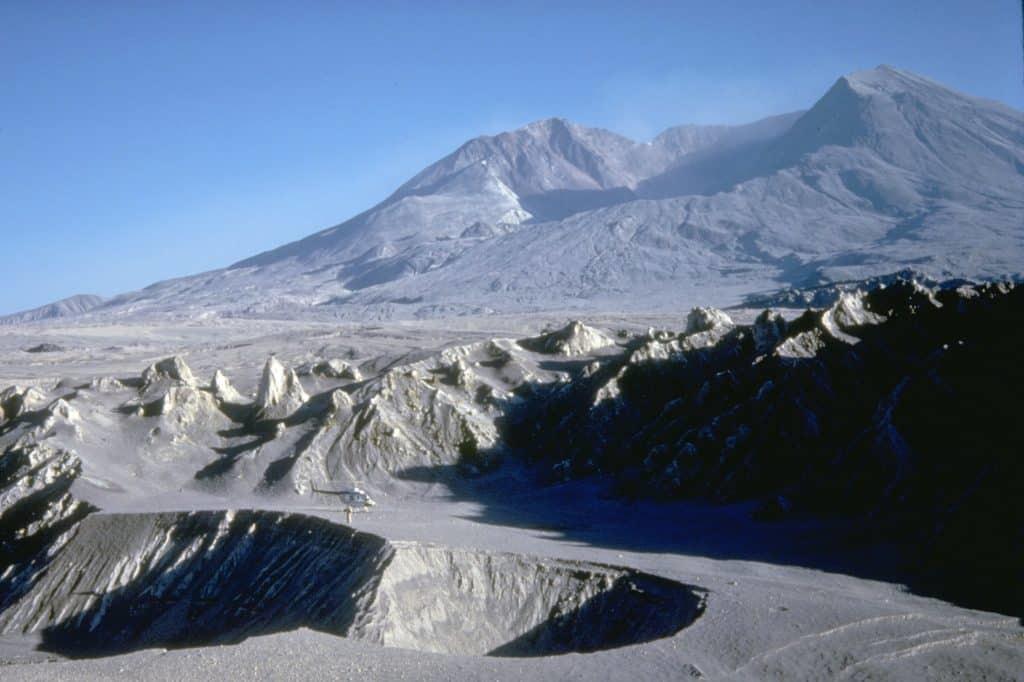 If there is a silver lining in the explosive Mount St. Helens eruption in 1980, it’s that newfound respect developed. Everyone realized that more than just a beautiful mountain, Mount St. Helens is an active volcano with the real potential to be extremely dangerous. Thus, the catastrophe inspired a genuine interest in new safety protocols, not only for another eruption but also in the event of any natural disaster. Mount St. Helens continues to erupt off and on, as new and ever-changing landscapes reshape America’s most destructive volcano.