Who was Anneliese Michel?

Anneliese Michel was born in Germany on September 21, 1952. She grew up in a devoutly, somewhat extreme, Catholic family. Pictures of her taken in her childhood show a vibrant, pretty girl on her way to becoming a gorgeous woman. She had shining black hair, an open, honest face, and a stunning smile. By the time she turned 23-years-old, she became emaciated, heavily bruised, scarred, and deranged. Allegedly taken over by demons, she fought for nearly eight years before finally losing her battle with evil. Later, her death was ruled a negligent homicide. But was there anything anyone could have done for Anneliese Michel? Were those who were with Anneliese really fighting Satan? 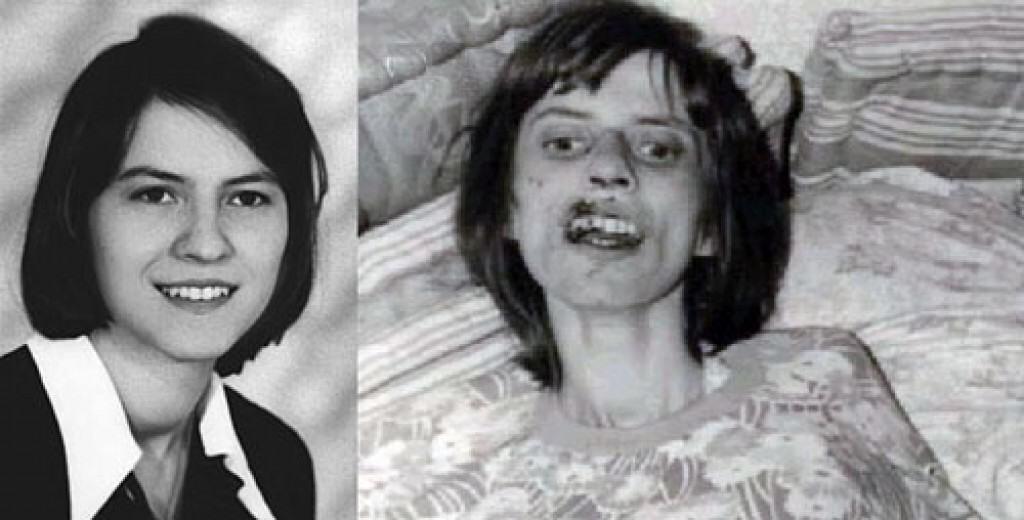 Anneliese Michele before and after. A healthy and young woman vs. close to death

Four years before Anneliese was born, her mother, Anna Michel gave birth to an illegitimate daughter. This was a source of shame for the Catholic family. After she married and gave birth to Anneliese, she apparently harbored feelings of guilt about her first daughter. Unfortunately, Anneliese’s older sister died at the age of eight, but Anneliese reportedly felt like she needed to repent for her mother’s sin. She supposedly spent much of her time doing penance for her mother, sinful youth, and bad priests.

Early Symptoms That Something Was Wrong

Anneliese’s supposed symptoms of possession began in 1968. Anneliese was a 16-year-old high school student. She suffered convulsions that a neurologist diagnosed as epilepsy. Anneliese Michel took medicine for her condition and continued her life to the best of her ability. She finished high school and went on to college, where she studied to become a teacher. Apparently, the medicine was not helping her much. Her problems only got worse.

Over time, Anneliese Michel complained of seeing disturbing visions while saying her prayers. Later, evil voices giving her commands followed. Finally, Anneliese began showing an aversion to religious iconography. An older woman, a friend of the Michel family, noticed this while on a pilgrimage with Anneliese. She said that Anneliese smelled “hellishly bad” and took her to see some priests. Many of them said Anneliese needed a doctor. However, one eventually said Anneliese needed an exorcism, which eventually became granted.

In 1975, Anneliese Michel and her parents stopped seeking medical advice and gave over Anneliese’s fate to the Roman exorcism ritual. Anneliese, the priests, and her parents truly believed she was possessed. Anneliese Michel herself said that Judas, Nero, Hitler, Cain, Lucifer, and others were inside of her. Over the next ten months, Father Arnold Renz and Pastor Ernst Alt performed 67 exorcisms for the tormented girl. It is important to note that Anneliese condoned every action taken during these rituals.

Sometimes, the seriously ill Anneliese would perform hundreds of genuflections during these rituals. It is rumored that her parents held her up for them when she became too weak to do it herself. It is not hard to imagine this being necessary, given that Anneliese stopped eating altogether for some time before she died. She believed it would lessen the evil’s control over her. There are claims that Anneliese spoke several different languages (or the demons and evil souls that possessed her did) during the exorcisms. The author of this article cannot verify such claims, as she does not speak the languages Anneliese supposedly spoke in the tapes.

It is certain that medicine did not help Anneliese Michel from whatever tormented her, but her health obviously worsened during the exorcism. She allegedly urinated and defecated on the floor frequently, also licking up her own urine. She ate insects, growled at religious icons and sat under her kitchen table barking for two days. Surely, her family was afraid of her. But a medical professional probably would not have left her under the table for two days or let her starve to death, which is eventually what she did.

Anneliese Michel died of dehydration and malnutrition on July 1, 1976. The 23-year-old woman weighed 68 pounds at the time of her death. Josef Michel (her father), Anna Michel and the two exorcists were eventually charged with negligent homicide. During the trial, evidence of the possession worked both for and against the defense. Forty-two of the exorcisms were audio-recorded including various pictures of a seriously ill-looking, bruised and sore-covered Anneliese. Anneliese sounds horrifying in these tapes. The defense claims it proves Anneliese was possessed but it is certainly not conclusive. If nothing else, the tapes made it clear that Anneliese was seriously ill and no one was making her eat. It is certain that possessed or not, Anneliese should have been cared for better. 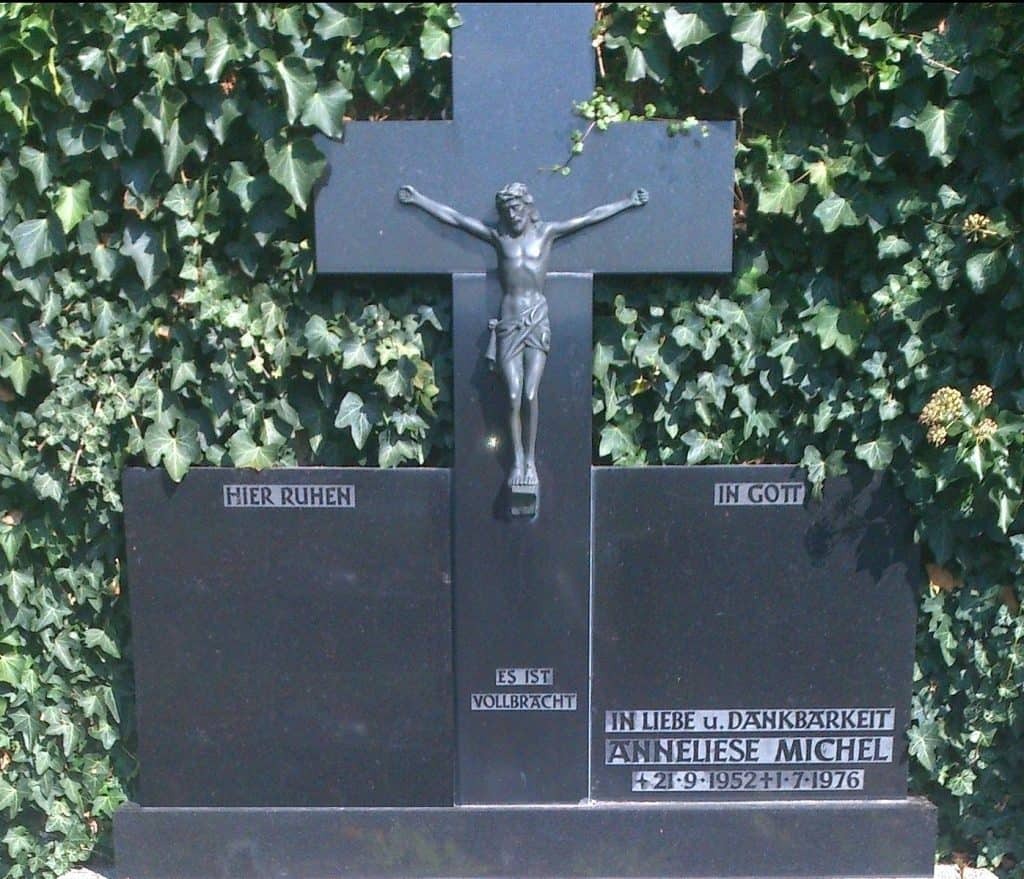 The gravestone of Anneliese Michel. Image by Offenbacherjung (Own work) [CC BY-SA 3.0]

There is no way to prove or disprove supernatural occurrences, such as exorcisms. That makes it difficult to know what really happened to Ms. Michel. However, it is possible to prove that there is some evidence that epileptics are at an increased risk of displaying symptoms of schizophrenia and it is has been posited that Michel suffered from dissociative personality disorder and schizophrenia. That, combined with her religious background, could easily account for the events leading to her death, but one can never be certain, of course.

Warning: The video accompanying this article is very disturbing.

Living the Lie: Who Was the Mysterious Man...