Scotland has no native large cats – not to the knowledge of the scientific community at least. But recent reports claim there have been sightings of mysterious big cats in Scotland during the last decades of the 20th century and at the start of the current century. If they are not native, then where did the Scotland’s mystery cats come from?

Big Cats Have Been Documented in Scotland Since the 1700s

Incidents are reported on as often as Nessie sightings. Documented encounters with big cats in Scotland and the UK date as far back as the 1700s. The cats tend to be very elusive, and have led to tales of such creatures as the “Beast of Bennachie” and the “Cougar of Cupar.” One witness claimed:

[I saw] what I thought was a black Labrador…[but] I am 100% sure it to be a tiger-like creature walking slowly across the field. 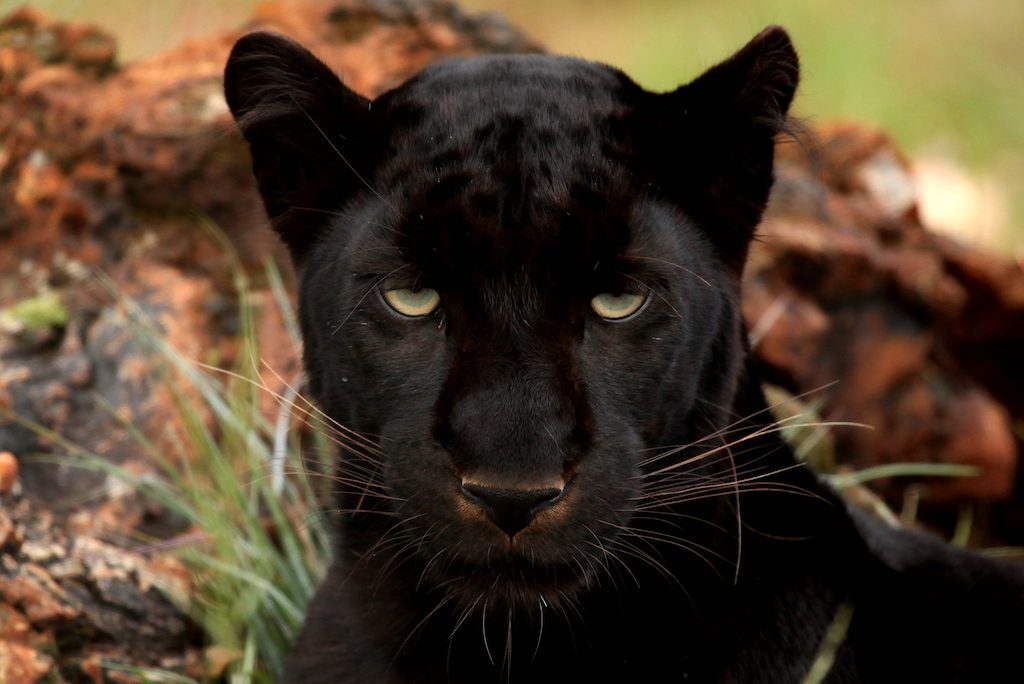 One type of big cat sighted in the UK, the black panther. Wiki Commons, Rute Martins of Leoa’s Photography.

Also like Nessie, the elusive big cats have initiated debates about their existence. Scottish Secretary Michael Forsyth claimed that the big cats are actually dogs or foxes. But the sheer number of sightings have made believers out of many. Internet web sites are dedicated to chronicling big cat sightings, and a retired policeman from Inverness has collected reports of distinct sightings and promises “it is only a matter of time until the skeptics are proved wrong.” 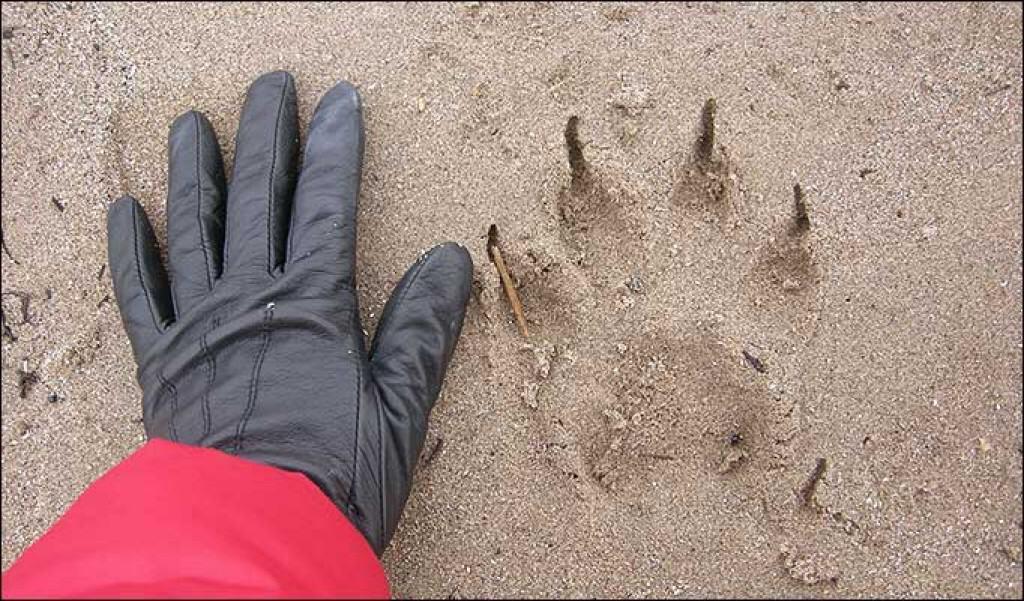 Nicola Martin took snaps of huge prints of a big cat on a beach near Coylton, Ayrshire. Photo credit: www.thesun.co.uk

Captures in Scotland and Elsewhere in the UK

Some of Scotland’s mystery cats were actually captured. In 1980 a puma was caught by a sheep owner who became upset about his disappearing livestock. He made a cage and set it. Sure enough, he caught a puma and called the authorities right away. The cat became a bit of a sensation and was named Felicity. She spent the rest her life in the Highland Wildlife Park until she died in 1985. Felicity the puma is now in a display case at the Inverness Municipal Museum. Oddly, the sightings of big cats, including panthers, in the area continued. Another report of a capture in Scotland came in 1993. 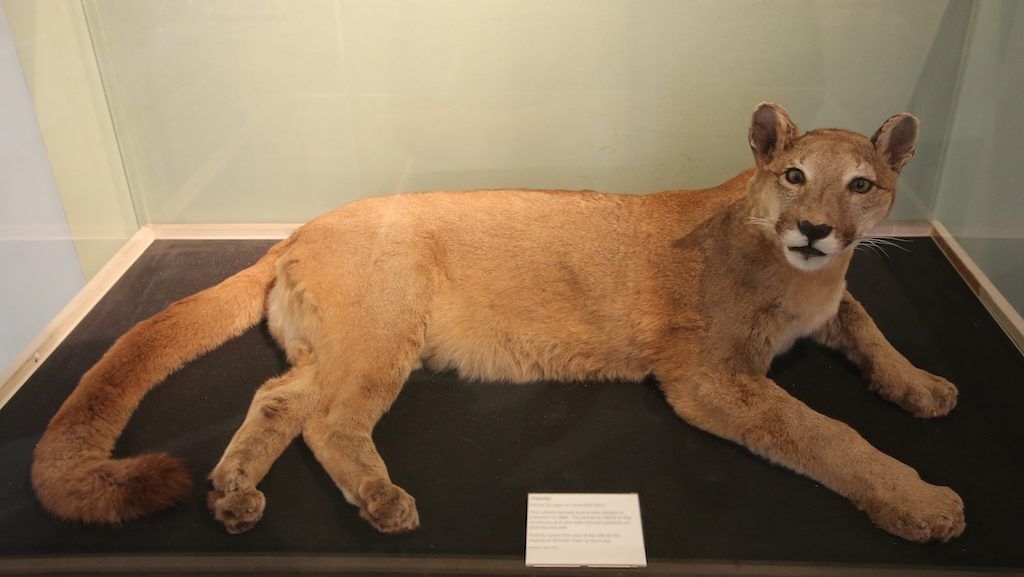 A Puma that looks like Felicity, who was caught in Scotland in 1980. Wiki Commons, public domain

However, Scotland is not alone in big cats sightings. There have been many reports of large cats in the UK. There have also been other captures of big cats in England and Ireland as well. A big cat was hit by a car in Stropshire, England in 1989. In ’91 a lynx was killed. And in ’94 another cat was shot on the Isle of Wight. Additionally, police shot a cat in Ireland in 1996. Unfortunately, the majority of killings probably go unreported, as people fear prosecution, so it would be difficult to really assess the real numbers. Although the list of cat shootings goes on, those captures cannot account for the high number of sightings. One website logged 2,050 sightings over a 15-month period of time.

Some reports of big cats in England came from official rangers and trackers. In 2009 BBC reported that the Forestry Commission confirmed that two of its rangers had spotted large cats in the Forest of Dean in Gloucestershire, England.

In 2012 BBC News published another article about two animal trackers who have been – well – tracking the issue of the big cats in England. Frank Tunbridge has been investigating big cats in the UK for 25 years and said that he had his own run-in with one. While the other tracker, Rick Minter, who wrote a book on the subject, said that he had three encounters.

Maybe Scotland’s Mystery Cats Are Not So Mysterious

The possible origins of these non-indigenous cats are unclear, but one strong theory exists. Until the 1974 Dangerous Wild Animals Act, people in Scotland could keep pets such as pumas, leopards, and other exotic felines. The Act established standards for the care of exotic pets that some large cat owners may have found too costly, so they cruelly released their pets into the wilds, where the animals have roamed and bred ever since.

Another unproven theory says that the big cats survived the last ice age and have been around ever since.

Chances are Scotland’s mystery cats are not supernatural in origin, as some people tend to claim. However, all cats have always had a way of appearing to have magical abilities, including the proverbial nine lives. The majority of the big cats that are sighted do manage to glide in and out of view without being captured or identified.