Home » History » Carl Tanzler: In Love With the Dead
History

The bizarre true life story of Carl Tanzler validates the saying that truth is stranger than fiction. This a story that begins with an early vision that would lead to a number of highly disturbing and unnatural behaviors with the corpse of a young Cuban-American woman, Elena “Helen” Milagro de Hoyos. Although his twisted secrets surfaced, he always maintained that all he ever expressed was his deep love and affection for a woman that he was certain he could eventually ‘rejuvenate.’ More than 20 years after the death of Elena, Carl’s pathological obsession still burned brightly when he went to the grave in 1952. Georg Karl Tanzler was born on February 8, 1877, in Dresden, Germany. There are few details about his parents, but he had one sibling, a sister. Carl was a bright and curious youngster. His childhood was unremarkable, with one notable exception. Later in life, he would refer to an incident in which he claimed that a long-deceased relative visited him. She revealed to him the face of a dark-haired girl whom he interpreted as being his one true love.

As a young man, Carl Tanzler displayed an ability to impress others. He projected a confidence which helped to gain him access into situations and opportunities that he would otherwise never have. For example, he boasted that his resume included nine advanced degrees. This was a dubious claim. He held a variety of jobs, such as boatbuilding and as an engineer. Additionally, he had traveled frequently. Australia, India, Italy, the South Seas were some of his past destinations. While he was in Australia, World War I broke out. Because he was a German citizen, the government forced him into a concentration camp. International law at the time forbade prisoners from returning to their native country, so at war’s end, the government shipped the Geman prisoner to a clearing house in the Netherlands.

When Carl was in his 40s, he married a woman named Doris Shafer. Two daughters resulted, but the marriage was far from ideal, primarily due to his frequent travels.

In 1926, Tanzler sailed to Cuba without his family and emigrated to the U.S soon after. He settled in Zephyrhills, Florida, where his family joined him. But within a year, he left them again and relocated to Key West, Florida. At this point, he adopted the name, von Cosel. He found employment as a radiological technician at a U.S. Marine hospital.

Although he was not popular among colleagues who found him highly opinionated and excessively egotistical, his eccentricities were largely overlooked due to his relative competency – a quality in short supply at the time.

Born on July 31, 1909, in Key West, Florida, Elena was a strikingly attractive girl with luxurious dark hair and an appealing shyness. The middle of three daughters to a cigar maker and homemaker, Elena had a beauty that didn’t go unnoticed. She attracted a fair share of admirers. Early marriage was customary among the Cuban-American community, and Elena married Luis Mesa in 1926 at 16 years of age. 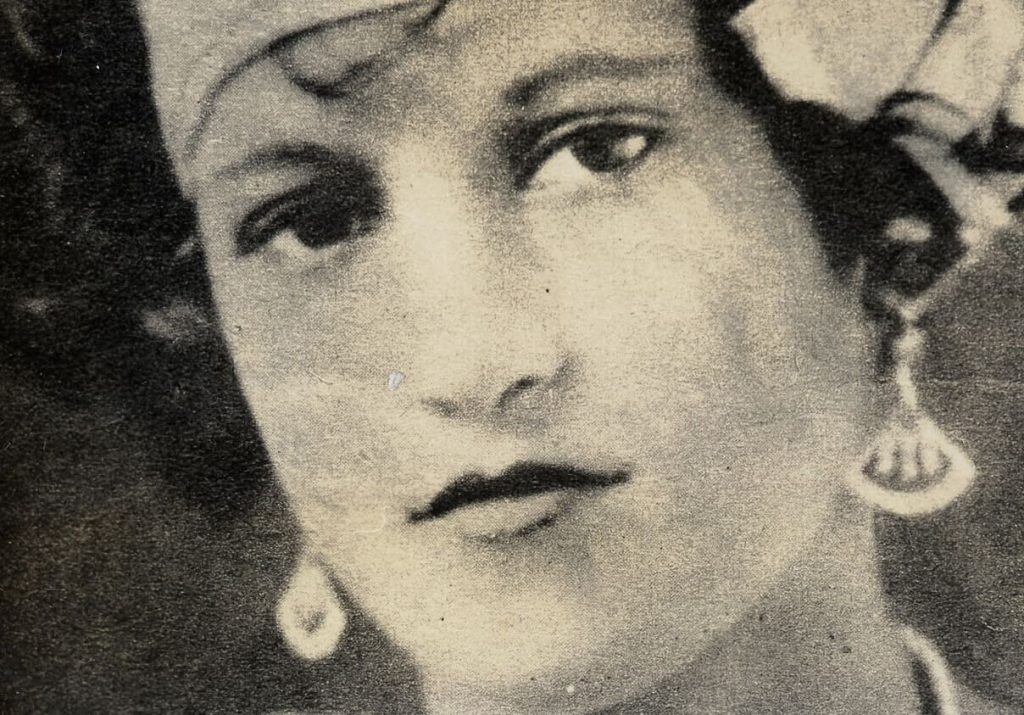 Unfortunately, the marriage proved to be ill-fated. Shortly after Elena miscarried with the couple’s child, Luis (for reasons unknown) abandoned his young wife and moved to Miami.

On April 22, 1930, Aurora de Hoyos, concerned about her daughter Elena’s illness, brought her to the Marine hospital for examination. It was determined that the 20-year old was afflicted with tuberculosis, a disease generally considered incurable at the time. As fate would have it, Tanzler (or von Cosel) was present. After he laid his eyes on Elena, he convinced himself that she was the vision he had seen decades earlier. In his mind, this was his true love.

Convinced that saving Elena from certain death was his destiny, the love-struck doctor persuaded his superiors to allow him to conduct his own experimental treatment on her. He proceeded to administer a series of specialty treatments, consisting of homemade elixirs, herbs, and tonics. In addition, he borrowed (without permission) expensive equipment, including an X-ray machine, which he installed in the de Hoyos’ home. The doctor also showered Elena with expensive gifts, and even though she did not reciprocate his feelings, he constantly declared his undying love and devotion for her.

Despite relentless efforts, Elena died on October 25, 1931. Carl Tanzler insisted on paying for all funeral expenses, even hiring a mortician to embalm Elena. He also persuaded her family to allow him to purchase a costly stone mausoleum for her. After the internment of Elena’s body, everyone assumed they could put this highly unusual episode behind them. Unfortunately, the doctor’s behavior only became more bizarre.

Carl owned the only key to the mausoleum, and he used it to make regular visits to Elena’s corpse. For two years his visits continued, and when locals took notice, rumors began to spread. This caused the hospital to terminate his employment. Undaunted, Carl Tanzler went a step further, using a child’s wagon to transport Elena’s corpse from the mausoleum to his home. 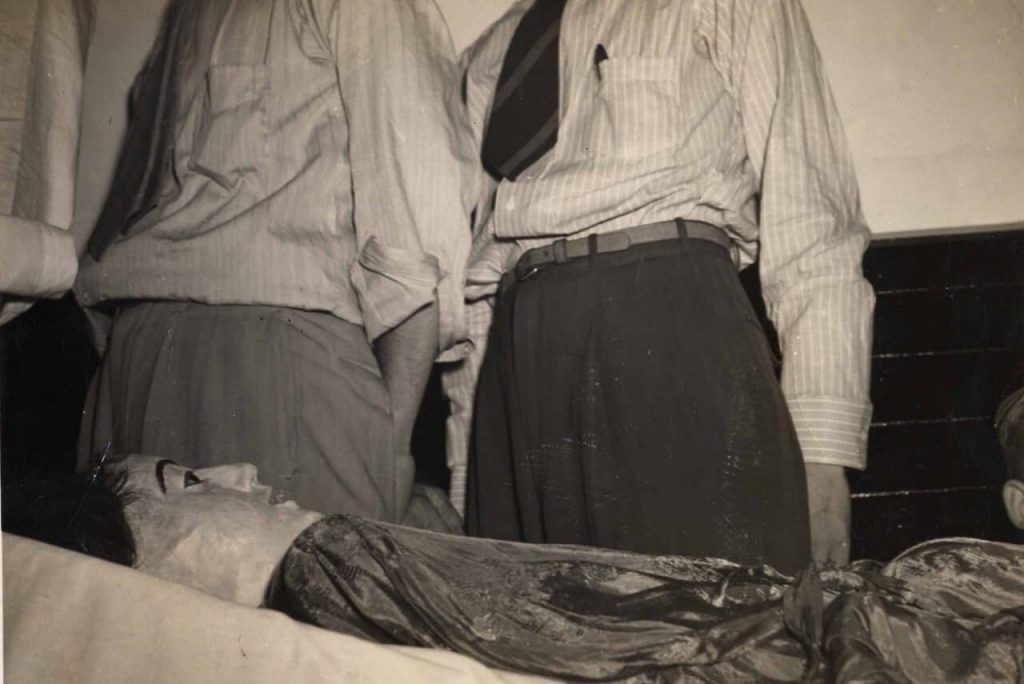 This behavior continued for nearly 7 years. Meanwhile, disturbing rumors continued throughout the community. People had observed the doctor dancing with a giant doll. They also said that he was building an airplane in which he planned to fly himself and Elena to the stratosphere to ‘rejuvenate’ her. Additionally, people suspected that he was sleeping with Elena’s corpse (authorities suspected necrophilia; subsequent examinations appear to have confirmed it). 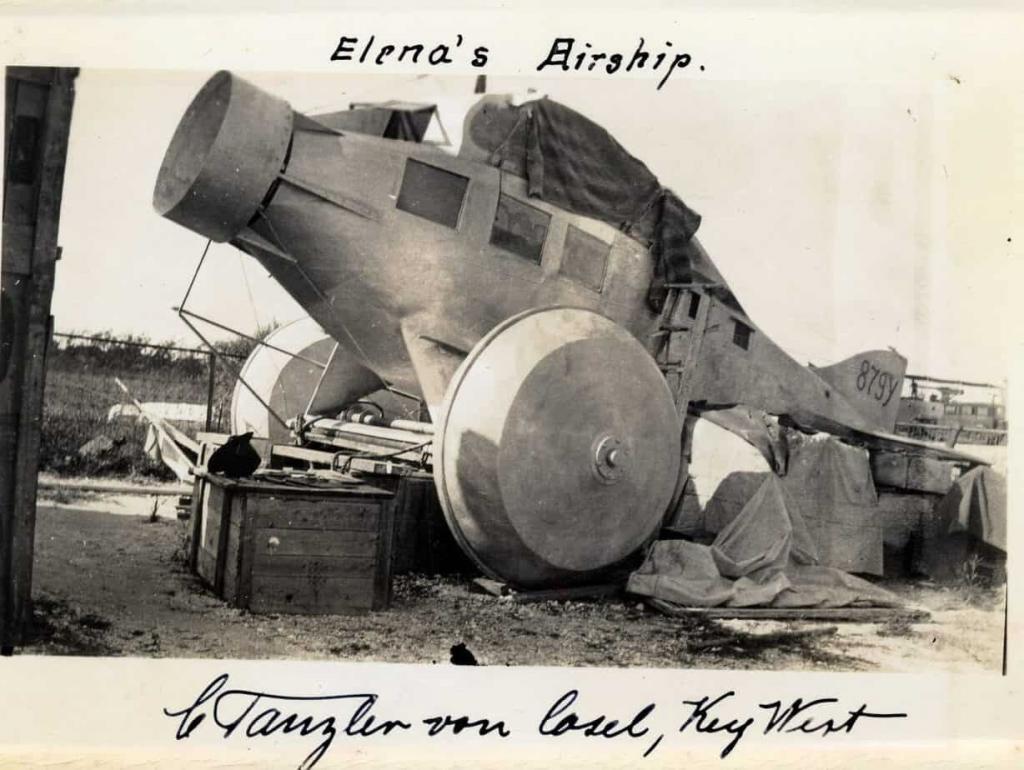 The tipping point occurred following a visit by Elena’s sister, who after witnessing Elena’s corpse in the doctor’s home, notified authorities who promptly arrested him on the charge of ‘gravesite desecration.’

The trial of Carl Tanzler attracted overflow crowds and became a media sensation. Taking the stand, the doctor was unapologetic, again declaring his ‘undying love and devotion’ for Elena, as well as confirming the airplane rumor.

Unfortunately for the prosecution, the statute of limitations had expired on the mad doctor’s crime, and the courts dropped all charges.

Following the trial, the local funeral parlor displayed Elena’s body where thousands of morbidly curious people paid $1 to file past her remains. After this sideshow, her family buried her in an unmarked grave, and Elena finally receiving the peace she deserved.

Carl Tanzler retreated into anonymity before dying in July 1952. In what was a fittingly ironic twist, he had reportedly been dead for three days before his body was discovered, and among his remaining possessions was a life-sized replica dummy of Elena de Hoyos.

You May Also Like:
The Cannibal Jeffrey Dahmer
The Disturbing Crimes of a Father and Son

Faces of War: How the Tin Noses Shop...

Who was Mrs. Silence Dogood? The Youthful Pranks...