Nearly all cultures have stories about creatures or beings that return from beyond the grave to feast on the living during hours of darkness. In the west, the vampire has taken on a whole new persona over the last century or so. The roots of pop culture’s most famous monster are traced back to Eastern European folklore. However, similar creatures go back thousands of years in various civilizations. One early incarnation of the bloodsucker emerged in England during the 1800s when Augustus Hare told of the Croglin Grange vampire in his autobiography, Story of My Life. 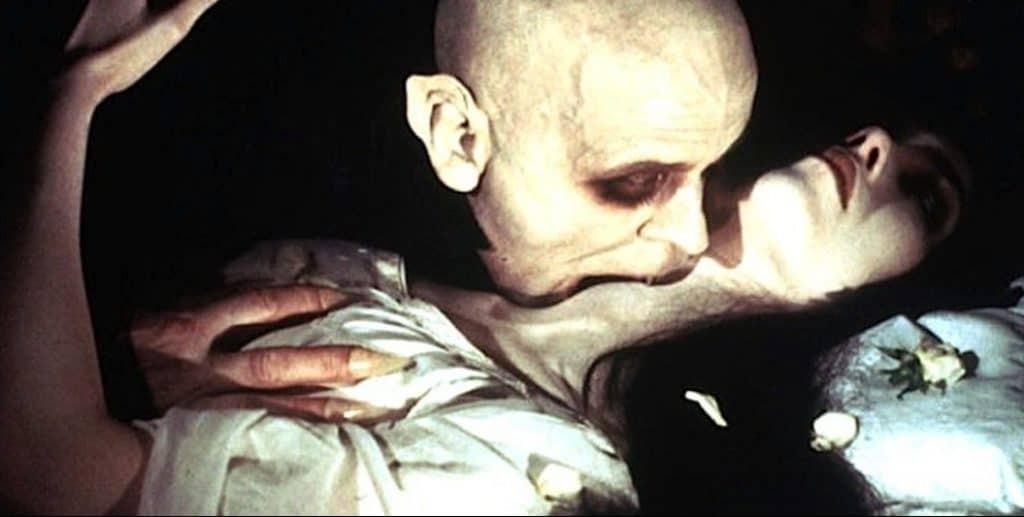 Nosferatu, 1922. The modern version of the bloodsucking vampire became popular beginning in the 1800s.

The Croglin vampire was said to have been at least a couple of centuries old. Perhaps this story is merely a story. However, Hare portrayed it as one based on truth. A popular form of literature or story-telling at the time was the type one might find in the penny dreadful pamphlets. These were works of fiction that were usually about pirates and highwaymen and gothic in style. The following story about the Croglin Grange vampire might be one example of that style or even the Victorian equivalent of an urban legend. Nonetheless, many people believed that there may have been some truth to this story.

Augustus Hare claimed that Captain Fisher had told him a “really extraordinary story connected with his own family.” The Fisher family had had a longstanding presence of several hundred years in Cumberland at a place they called Croglin Grange. The family eventually grew out of their house. Thus, they decided to relocate to the south. But instead of leaving their property vacant, they chose to lease it out to paying tenants.

You May Also Like: The History of Dracula: Bram Stoker’s Real Inspiration 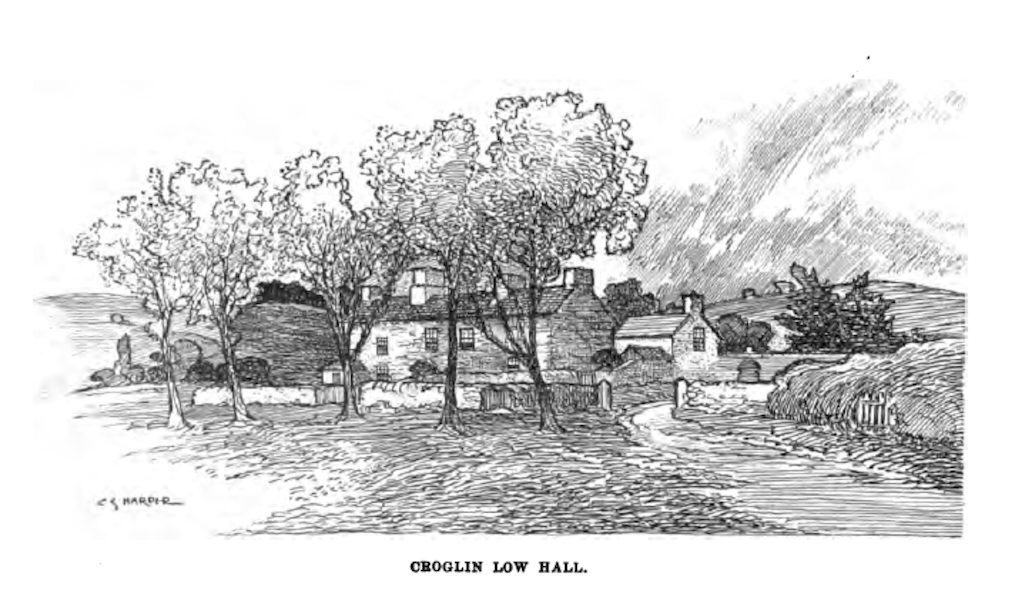 The Cranswell siblings – two brothers and a sister – took up residency in the single-story farmhouse. Winter came and went without incident. The following summer was a muggy one. On one oppressively hot night, the tenants took the opportunity to watch the moon before finally turning in. The sister, Amelia, lay on her bed on top of the covers and closed the bedroom window. The shutters remained unlocked, though.

Lights in the Churchyard

Unable to settle down to sleep in the heat, Amelia gazed out of her window. A church, complete with its own graveyard, stood beyond a line of trees. Her eyes caught a glimpse of something concealed in the twilight. Two flickering lights seemed to be moving among the copse of trees visible from her window. She was intrigued at first, but the longer she watched, the more nervous she began to feel. In a moment, both lights started to emerge from the treeline and into view. It looked as though the lights were a small part of a more substantial form – a humanoid form.

As the figure approached the farmhouse, the startled and terrified young lady suddenly found the compulsion to act. Amelia raced to the door, arriving just in time to unlock it. It seems as though this was not a moment too soon. As she fumbled at the lock, Amelia could hear a scratching sound coming from her bedroom window. Despite her growing terror, she dared one look backward. Standing outside the window, almost filling it, was a hideous face that had fierce glaring eyes. Bony fingers made efforts to open the window for a couple of seconds before stopping.

A new noise made Amelia freeze with even more fear. Whatever was outside was now picking at the lead seals of the window. No sooner had this sound rendered her immobile, then another made her blood run cold. The window fell out, and one arm levered in to open the window from the inside. Unable to move or even raise an alarm, the thing moved quickly and was beside her in moments, teeth nestling into her exposed neck. Now she felt able to scream. Her shrieking alerted both of her brothers who came to investigate. After breaking down her door, the invader fled back the way it had come. Amelia’s brother took up the pursuit, but he was no match for the giant strides of the creature. It disappeared beyond the wall of the churchyard.

You May Also Like: Richard Chase: The Vampire of Sacramento

Amelia was bleeding quite heavily but passed off her attacker as an escaped convict from a lunatic asylum. Given her ordeal and the fact that she regarded herself as a girl with very little superstition, it was perhaps an understandable conclusion. Amelia did recover from her wounds but needed to recuperate. The three of them went to Switzerland so that she could completely recover. While there, Amelia yearned to return to Croglin. Despite the events that took place, she and her brothers still liked the area, and they were popular among the other residents. The decision was Amelia’s, and she decided to return, insisting that lunatics do not escape every day of the week.

The Crypt in the Churchyard

When they returned home, they spent another placid winter in Croglin. It was during the following March that Amelia began to hear the unmistakable scratching at her window once more. This time, she acted promptly and decisively, screaming for help before the same creature from before managed to gain access to her room. Both of her brothers responded quickly, only this time they were armed. Her screams also forced the creature to flee, and it was heading back the way it had come when one brother took aim and fired. Despite being hit in its leg, the monster still made an escape. Only this time, the brothers were able to track it. The beast had taken refuge inside a crypt that belonged to a family from the area.

The brothers decided against entering the crypt at the time. Instead, they would gather a posse and investigate at daybreak. When they opened the tomb the following morning, they discovered several coffins. Only one of them was intact, but the lid was ajar and laying loosely on top of it. Inside was a corpse with a fresh bullet wound in one leg. They removed the body, brought it outside the crypt, and lit it on fire. This was the tale of the Croglin Vampire.

Investigation of the Story

Some folks believe the tale never happened at all. In 1924, Charles Harper decided to investigate the legend. Not overly convinced about the validity of the account, he traveled to Cumberland and began to research. Harper discovered that there was no such place as Croglin Hall. He did find evidence of Croglin Low Hall and High Hall. According to Harper in his 1907 book Haunted Houses, “Croglin Hall is probably the house indicated, but it is at least a mile distant from the church, which has been rebuilt. The churchyard contains no tomb which, by any stretch of the imagination, could be identified with that described by Mr. Hare.” 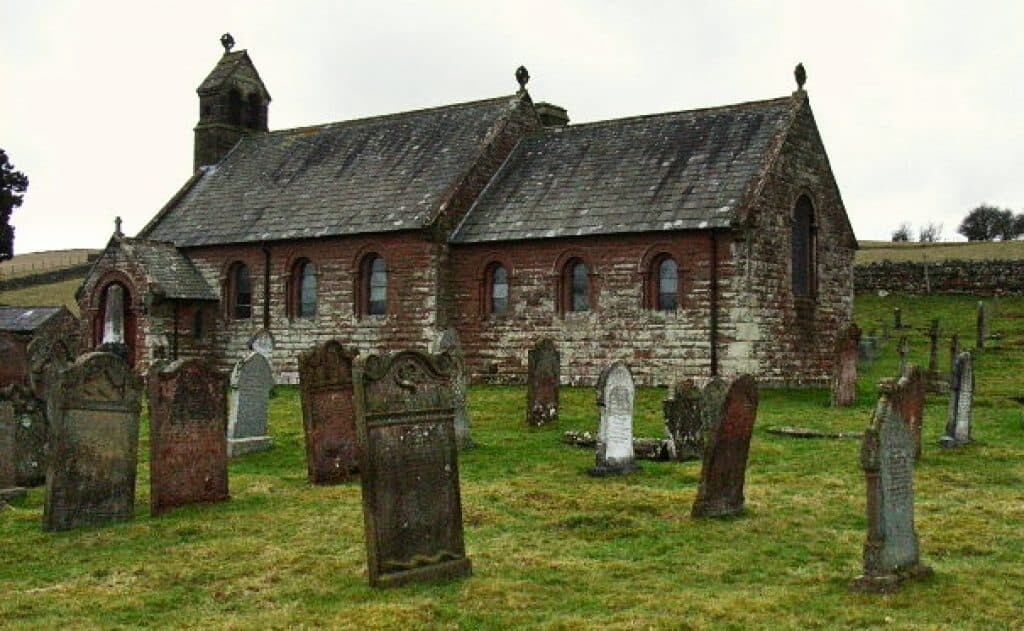 St. John’s church of Croglin built in 1878 near the site of an old church of Norman times. CC 2.0 Andrew Smith.

The story was challenged by another researcher, F. Clive Ross, in the 1930s. Ross took the time to interview the locals and came to the conclusion that Croglin Low Hall was actually Croglin Grange. The Grange did have a chapel on the grounds, which was built on the foundations of an earlier church. One of the locals that Ross interviewed was a lady called Mrs. Parkin. This resident of Ainstable claimed to have personally known a descendant of the Fisher family. Mrs. Parkin indicated that he was born in the 1860s and knew the vampire story from his grandparents. The lady also revealed that the deed to the property stated that until 1720, Croglin Low Hall was Croglin Grange.

Evidence of a Grange?

Journalist Lionel Fanthorpe conducted a more recent investigation into the authenticity of the Croglin Vampire. His results suggest that some events could be genuine. Fanthorpe believes that someone demolished a grange, or farmhouse, during the lifetime of Oliver Cromwell. If the story is true, then it is much more likely to have taken place sometime in the century before the deed was altered.

You may also like:
Richard Chase – The Vampire of Sacramento
The History of Dracula: Bram Stoker’s Real Inspiration