Democratic Presidential candidate Hillary Rodham Clinton has made recent headlines as the first female Presidential nominee. But although Clinton’s high profile highlights the barriers women face in national politics, the first woman to run for president did so over a hundred years ago. Victoria Claflin Woodhull tossed her hat into the presidential ring back in 1872 – half a century before women were granted the right to vote.

Victoria Claflin was born in Ohio on September 23, 1838, and married Canning Woodhull at the age of 14. An early advocate of free love and radical politics, she became deeply involved in the spiritualist movement sweeping the US in the 1800s and worked as a medium, traveling the country with her sister Tennessee Celeste Claflin and performing séances.

On a visit to New York with her sister, Woodhull met recently widowed financier Cornelius Vanderbilt. In return for the spiritual solace she provided, the bereaved Vanderbilt backed the Claflin sisters in founding the first woman-run stock brokerage.

During this time, the sisters published the radical Woodhull and Claflin’s Weekly, a newspaper dedicated to socialism, equal rights for women, and social reform. As a reflection of its radical views, the Weekly published the first English translation of the Communist Manifesto by Karl Marx.

In 1872, Woodhull ran for president against incumbent President Ulysses S. Grant on the Equal Rights Party ticket, dedicated to socialist reforms and women’s rights – even though no woman would be allowed to vote for her. It’s said that her running mate was none other than the famed abolitionist Frederick Douglass, though his role in her campaign remains unclear.

The Mystery of JFK’s Brain: How Did it Disappear?

Conservative opposition to Woodhull’s candidacy was swift, even among those in the suffrage movement she supported. That opposition soon took a vicious turn. Divorced from her first husband and married at the time to Col. James Blood, Woodhull was accused of adultery. She fought back, publishing exposes of the sexual exploits of prominent people such as the famed minister Henry Ward Beecher and stockbroker Luther Challis. She was promptly arrested for sending obscene materials through the mail and spent election night in jail. 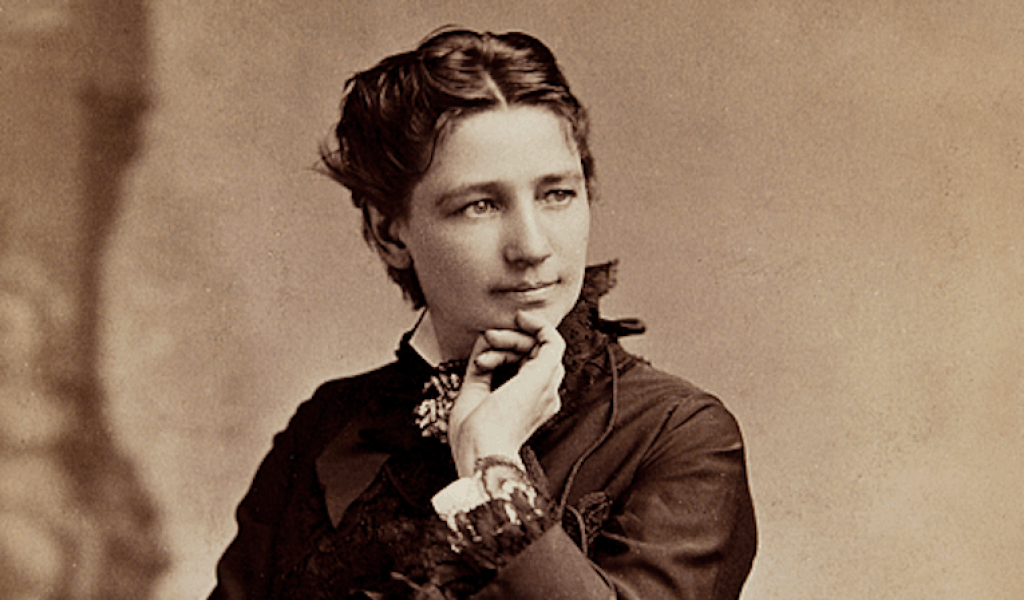 Victoria Woodhull, circa the 1860s.

Woodhull and Blood divorced in 1876. Financially ruined, she and her sister Tennessee moved to England for a new start. There she wrote several books expressing her vies about sexuality, society, and social change. With her daughter, she also launched a new publication, The Humanist, which ran for 9 years. In 1883, she was married for the third time, to English banker John Biddulph Martin.

Victoria Claflin Woodhull died in Worcestershire, England, in 1927, just seven years after women were finally granted the right to vote in August 1920 by the 19th Amendment to the US Constitution. Her presidential campaign never won a single vote, and she couldn’t even have voted for herself, but Victoria Woodhull still claims her place as the first female presidential nominee in US history.

Who Were The Three Wise Kings and Was...