President Andrew Jackson is now known for political events such as American Indian removal policies and attempts to nullify the Electoral College. But Jackson was primarily known for a scandal that rocked the stuffy halls of Washington D.C. Andrew’s wife, Rachel Jackson, was already married to someone else. Therefore, she was a bigamist, committing adultery. 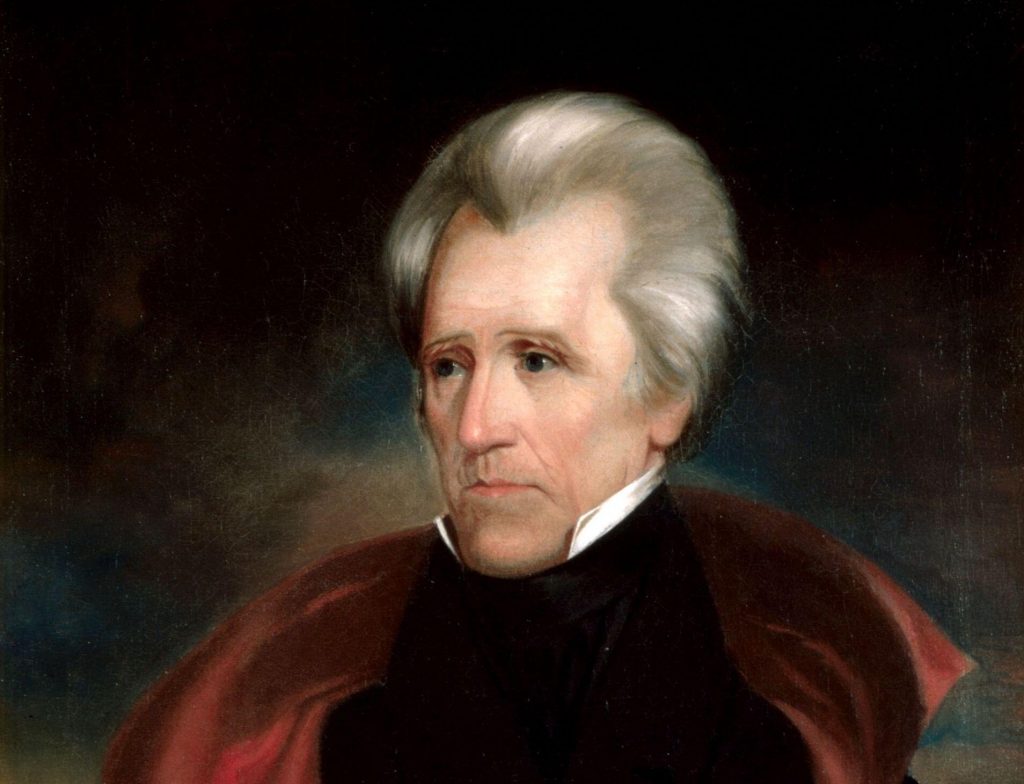 After spending his youth drinking and gambling and carousing, Jackson had a change of heart and went to law school.

In Nashville, he fell madly in love with the daughter of the owner of his boarding house, a young woman named Rachel Donelson. She also had been raised in primitive circumstances, and her abilities as a strong woman in the wilds may have attracted Jackson to the dark-haired Rachel. 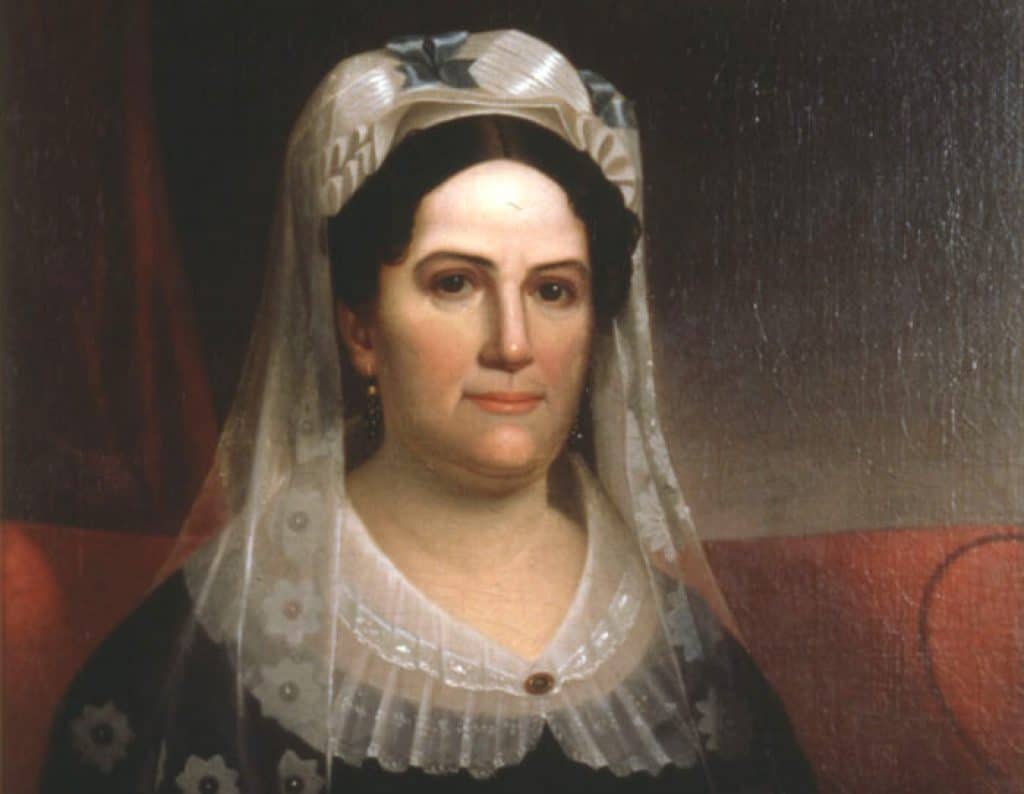 The courtship was doomed from the start. Rachel was unhappily married to a land speculator named Captain Lewis Robards. Even though Rachel and Lewis separated and lived apart in 1788 when Jackson first met Rachel. It would have caused quite a scandal for the two to initiate an intimate relationship.

Jackson continued lodging at Rachel’s mother’s house and, despite the circumstances, apparently formed a union.

Andrew Jackson Informed of a Divorce

While the two were happy in each other’s company, there was a huge obstacle to overcome. Rachel needed to obtain a divorce from Lewis in order to marry Jackson. It appears that Lewis (or one of his associates) eventually told Jackson that a divorce had indeed been finalized. It hadn’t. But Jackson, not knowing this, married Rachel, making him an unknowing second husband of a bigamist.

The newlyweds apparently lived a happy life until 1790, when Jackson was shocked to learn that Lewis was petitioning the state legislature for a divorce, accusing Rachel of adultery based on her “marriage” to Jackson. It is unclear, and a mystery, as to how much Rachel knew of the continuing legality of her marriage to Lewis. It took two more years for the Rachel/Lewis divorce to be finalized.

Forgiving Rachel for any possible deception, Jackson married her for the second time in January 1794.

And there the matter may have rested, but Jackson had political ambitions. While he and Rachel were living in Tennessee, Jackson moved up in political circles from House Representative to Senator to judge of the Tennessee Supreme Court.

Being a public figure, the issue and history of his marriage came back to haunt him. When attorney Charles Dickinson wrote an inflammatory piece about Jackson and his marriage in a New Orleans newspaper in May of 1806, Jackson quickly challenged Dickinson to a duel. Dickinson was known as an expert duelist. 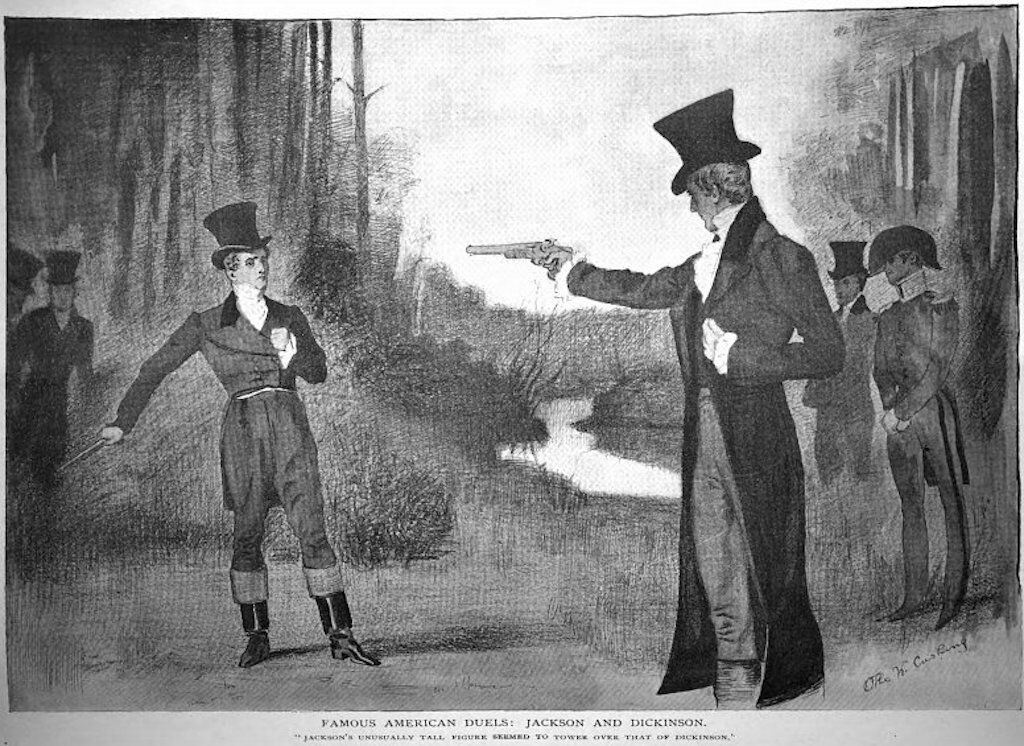 On May 30, 1806, Dickinson and Jackson met in Kentucky to enact the challenge. It was decided that Dickinson would shoot first, and the odds were he would kill Jackson on the first round. Dickinson fired and did strike Jackson near his heart. But Jackson did not die and he moved into position to fire at Dickinson. Jackson succeeded in giving Dickinson a serious wound from which Dickinson bled to death.

Did Arthur Conan Doyle Murder for the Baskervilles Story?

Feeling that Rachel’s honor had been restored, Jackson went on to more political heights and eventually beat John Quincy Adams in the presidential election of 1828.

Rachel Jackson Does Not Become a First Lady

Perhaps looking forward to a luxurious life as First Lady, Rachel prepared for her move into the White House. It was not to be. On December 22, 1828—a matter of weeks after Jackson’s successful election—Rachel had a massive heart attack and died. Jackson was heart-broken but bravely went on to serve twice as President until 1837. He died on June 8, 1845.

His death did not stop speculation and political gossip about the legitimacy of his marriage to Rachel.

Jackson is best recognized today as the face on the $20 bill. He is also featured on several postage stamps and a state park in South Carolina is named for him.

His political highlights may be solid in current memory. But during his adult life, he was known as the president who married a bigamist.

Knights of the Golden Circle, Treasure and John...