The history of the Hellfire Club dates back to the 1700s when it was originally a British secret society for high-standing individuals of a certain persuasion. The club provided a place for fun, like-minded, intelligent people who wanted a place to be themselves without judgment. Although the club highly discouraged and punished vile acts at club meetings, many people believed they encouraged behaviors that were hedonistic at that time. Ironically, the club and its founders, such as Sir Francis Dashwood, involved themselves with the church, prayer sessions, and abbeys.

Who Founded the Original Hellfire Club?

Sir Francis Dashwood is often credited with starting the first Hellfire, although there were other similar clubs that came before it. He was born into greatness. As the only son of his namesake father, the 1st Baronet, he was handed the title 11th Baron le Despencer. While at Eton, he met and befriended William Pitt the Elder. When he was just fifteen, his father passed away and left him all of his estates. This included the title Baronetcy of Dashwood of Wycombe. Over the course of the next several years, the young Dashwood traveled throughout Europe and earned himself something of a reputation among the social elite. As a form of entertainment, he created social clubs. The most well-known and controversial is the Hellfire Club. 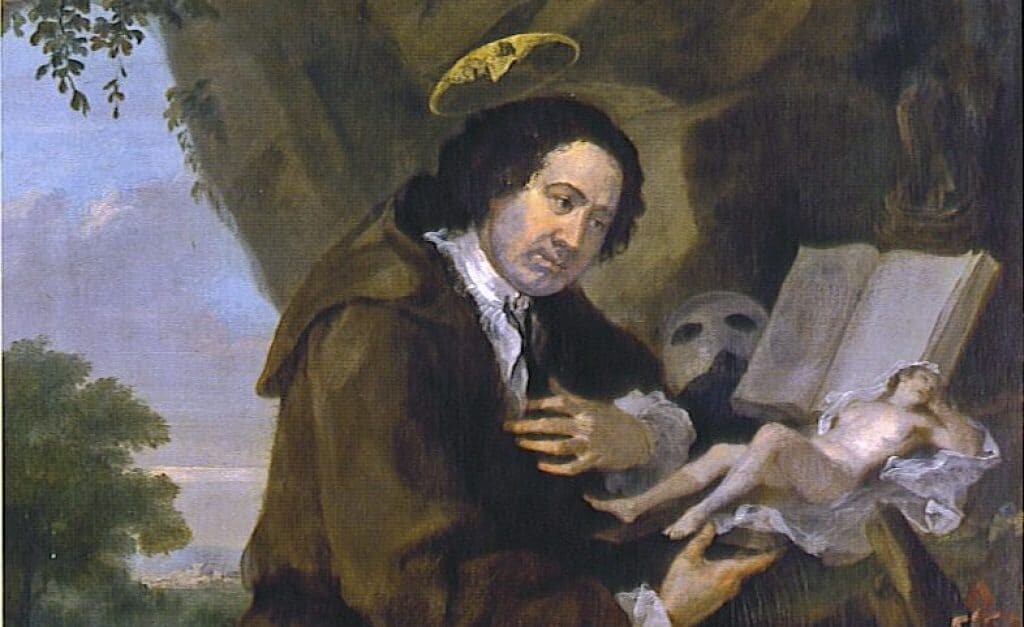 Dashwood had a bit of a wild streak in him. Some historians say he impersonated the monarch, Charles XII, and that he made efforts to seduce Tsarina Anne while in Russia. Further evidence of his notoriety came when he was allegedly expelled from the Papal States. His travels had a serious side to them as well. Dashwood took in the sights and culture of France, Germany, Italy, and Denmark. Then he used these experiences to create a specific club in 1733. He called this The Society of Dilettanti and sent invitations to 40 prospective members. This club still exists today but was originally geared to encourage and develop an interest in classical art and fine dining.

Dashwood was spurred by this success and, in 1744, founded another club that had a much shorter life. The new club was dedicated to those that had visited or had an interest in the Ottoman Empire. It was named The Divan Club and was disbanded a mere two years later. Dashwood had a vision for yet another club that made him famous – the Hellfire Club.

History of the Hellfire Club

Inspired by the brainchild of the Duke of Wharton in 1719, Dashwood worked in collusion with the Earl of Sandwich. Throughout the 1730s, this club would meet in the George and Vulture Inn under the name of the Brotherhood of St Francis of Wycombe. After a rather shaky beginning, the club began to flourish. Eventually, the founders altered its name slightly to become the Order of the Knights of St Francis. Being too young to join the original incarnation of the club he now formed, Dashwood wanted to replicate the luxury, seclusion, and exclusivity of the Duke of Wharton’s vision, only with a much greater lifespan.

In spite of the membership application process and restrictions, numbers began to increase significantly. Dashwood quickly realized that an alternative venue, a much bigger one, was needed to cater for the increasing membership. Six miles from his home, in West Wycombe, stood the ruins of Cistercian Abbey. Dashwood thought that this would be an ideal location for the Club’s new meeting place. It was remote enough for club business to be conducted without fear of eavesdroppers but was in a state of disrepair. Only a few columns and walls remained.

With the help of architect Nicholas Revett, Dashwood began renovating the structure. A cloister of half a dozen arches was added, along with a new tower. Beyond the cloister would sit a common room or chapter where the glare of light was judiciously excluded by the pleasing gloom of stained glass, coronets, and portcullises. Giuseppe Borgnis was contracted to decorate the ceilings with fresco paintings.

Twice a year, a meeting of members took place. Reports vary as to when this occurred but it may have been in March, June, August, or early October. The Prior sent invitations that asked everyone to wear costumes – a requirement for all attendees. The meetings were recorded in 1779 in a book called Nocturnal Revels. Every member attending would be allowed to eat well and enjoy the company of “cheerful ladies of lively dispositions.” 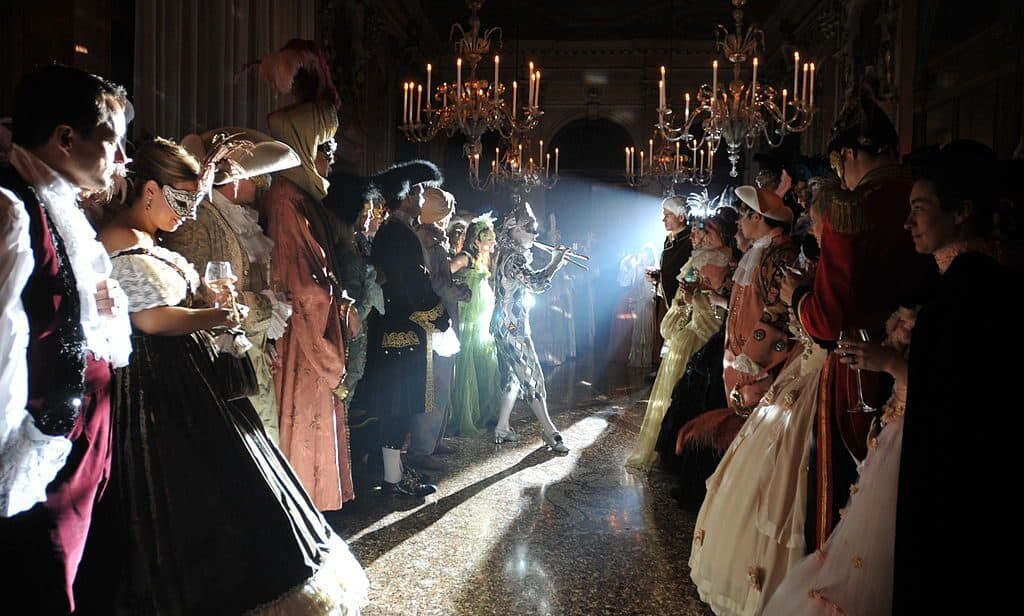 Each member could bring along a guest if he was inclined to do so. However, they had to be of a particular standing. The greatest recommendation was wit and humor. Drink flowed without restriction. The women present were offered chances to entertain the members, their guests, or themselves at any time. However, nothing indelicate or indecent was allowed, and those discovered engaging in such acts were dealt with severely. Toasts and ribald singing often took place within the walls.

Secret Ceremonies After the “Meeting”

Once they concluded the meal, a dozen members and the annually elected Abbot performed a religious ceremony upstairs and out of sight of the others. The elected Abbott always took office from the start of October. Perhaps the founders had a serious intent when they formed the club, but it was not all business. One famous account details a practical joke played on Lord Sandwich.

Knights of the Golden Circle, Treasure and John Wilkes Booth

The story goes that the night before one gathering, a live baboon was brought into the club and placed in the room of Lord Sandwich. When the members retired to their cells after dinner, they were expecting to hear (or see) a reaction from Lord Sandwich. They certainly got one, but not quite what they were expecting to see. Far from being shocked, Sandwich was reported to have dressed the baboon in his ceremonial costume and locked it in a large chest or trunk. All of this was done seemingly without the other members being aware of it. It was only when the trunk was opened in the presence of the remaining members did they find out that this attempt backfired. The baboon immediately landed upon the shoulders of Sandwich, who declared:

Spare me gracious Devil: spare a wretch who never was sincerely your servant. I sinned only from the vanity of being in the fashion; thou knowest I never have been half so wicked as I pretended: never have been able to commit the thousandth part of the vices which I have boasted of … leave me therefore and go to those who are more truly devoted to your service. I am but half a sinner…

The Hellfire in Decline

By the middle of the 1760s, the club appeared to be waning. The lavish abbey where the club held its meetings was no longer viable as a venue. In March 1766, the Chapter Room had been apparently stripped bare of its adornments. Dashwood came to the conclusion that he would remove all of the Club’s existence from the Abbey. Even the very pegs that identified the brotherhood’s names had been taken down. However, Dashwood did not totally abandon the idea of the Hellfire Club. He merely transitioned the venue from a solid building to nearby caves that Dashwood had excavated at least a dozen years prior. All meetings moved to the new Hellfire Caves. 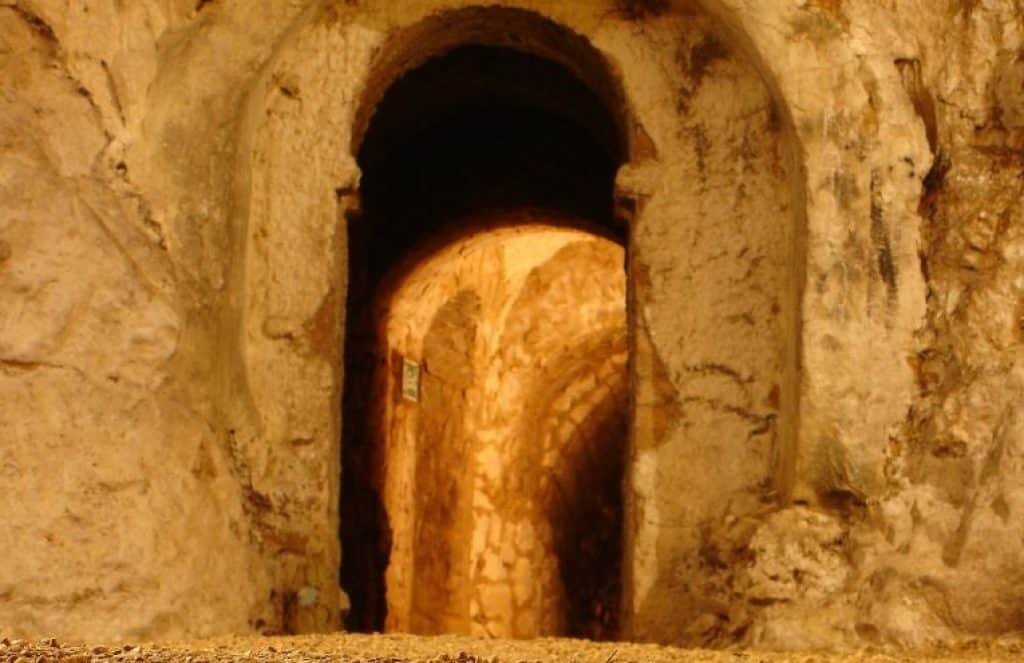 Perhaps it was this very act that made the name of the Hellfire something of a by-word in debauchery. With an already exclusive membership roster, switching venues to a dank cave might have suggested that the administrators had something to hide. Those looking in from the outside could be guilty of allowing their imaginations to run away with them.

Images of grown men sitting in the dark Hellfire Caves wearing hooded or caped costumes tend to hint at satanic worshiping or black masses. One step onwards from accusations of that nature is the ritualistic sacrifices of newborn or unborn babies at some kind of makeshift altar. There was very little evidence of such activity. However, there is a better chance that some kind of religious ceremony did take place on a regular basis.

Rumors of What Took Place at Meetings

The modern-day image of the Hellfire conjures images of wickedness. However, contemporary reports suggest that the purpose of this club was to enliven the so-called dull Sunday traditions. Perhaps, additionally, it aimed to educate members in knowledge or abilities that they had little of. That didn’t stop gossip-mongers from having their say, though. According to such people, the club scorned religion, foul vices were the pride of the group, and the clergy was subject to their derision. Their assumption was that religious parodies occurred at the club.

Maybe it was natural for some to conclude that Dashwood and his members were devout Satanists. Perhaps he was aware that he was being pigeonholed as such and used this as a means to an end. In 1751, Dashwood had St. Lawrence Church fully restored. Such an act was good enough for many skeptics who didn’t see how a satanist could spend such a vast amount of money on a project like that. Some weren’t too pleased with the outcome. They likened it to an Egyptian Hall and insisted that it looked too heathen for their tastes.

Who really knows what went on – and perhaps still does – in this most infamous and best known secret society from around the world? The cloak and dagger mentality of non-members is a far more rife propaganda tool than any official word that could be provided. And any member that does come along and spills the beans is just as likely to be accused of “just saying that for our benefit.” The Hellfire Club and its members just cannot win.