The child who was born Herman Webster Mudgett grew up to became one of the evilest criminals the world has ever seen. Most people know the 19th-century serial killer by his famous alias, Dr. H.H. Holmes. He was intelligent, debonair, charming, funny, and a master of premeditated murder. When he built his “murder castle” at 63rd and Wallace in Englewood, Chicago, he equipped it with gas vaults, multiple chambers with hidden chutes, and a basement filled with torture and surgical equipment. Although he loved money and often killed for it, it was his compulsion for murder that controlled his life.

But to think that I committed this and other crimes for the pleasure of killing my fellow beings, to hear their cries for mercy and pleas to be allowed even sufficient time to pray and prepare for death—all this is now too horrible for even me […]. 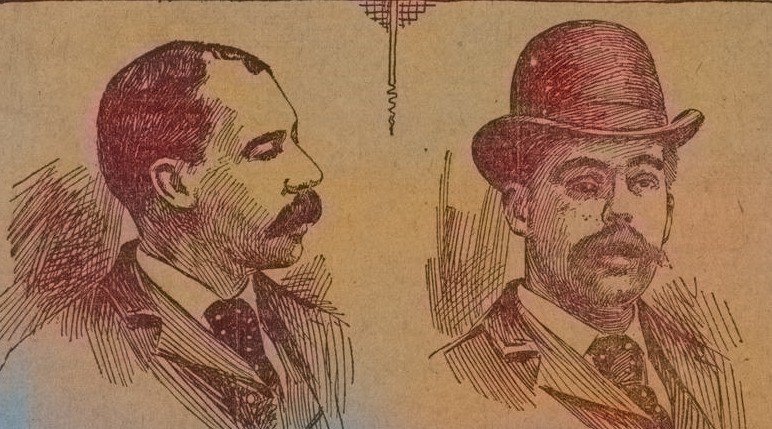 The Early Life of H.H. Holmes

Mudgett was born into wealth in Gilmanton, New Hampshire, in 1860. His father was a well-respected postmaster for almost 25 years. During Mudgett’s adolescence, he got himself into trouble on more than one occasion. In spite of all of this, he was considered to be a student of some pedigree and did very well throughout his education.

In 1878, he began his studies in medicine and married Clara Lovering, the daughter of a successful farmer in New Hampshire. The following year, he transferred to the University of Michigan in Ann Arbor where he became a doctor.

During his college years, he took the first step into a life of crime. Mudgett discovered a way to remove cadavers from the laboratory to disfigure. Then he would deposit one in a location in a way that suggested an accident had happened in order to collect an insurance policy he had taken out on these “relatives.”  The most he earned from this scam was $12,500.

Marriage to Clara did not work out and she moved home. Mudgett moved from place to place scamming a number of people. After he took the alias Henry Howard Holmes to avoid detection, he arrived in Chicago in 1885. He found an office and file for divorce from Clara, but the divorce proceedings ultimately failed. Nonetheless, he married a local woman, Myrta Belknap.

In the Chicago suburb of Englewood, Mrs. D. Holden owned a shop. Holmes answered her employment ad and got the job as a clerk. Holden and the customers absolutely loved him with his sense of humor and radiant charm. It seemed as though he was even attracting new customers to the store. For this reason, when Holden vanished one day, everyone was surprised. Of course, folks questioned Mudgett. However, all he offered as an explanation was that he bought the store from her, and she retired and left the area with no forwarding address.

Some years after buying Holden out, Holmes brokered a deal to buy some land directly opposite his shop and began construction on a mixed-use building in 1887. This would eventually become Holmes’ “Murder Castle.”

The budding businessman appointed himself as the architect. With three floors and a basement, it was quite an imposing addition to the neighborhood. Inside the building, a bizarre layout that he took personal control over puzzled many of the carpenters. Contractors were hired and fired quickly without ever being paid for their work. Therefore, nobody ever became too suspicious of the incriminating building features.

Meanwhile, the 400th anniversary of Columbus’ arrival in the New World was coming up in 1893. A huge celebration would take place at the Columbian Exposition World’s Fair just three miles from his new building. Twenty-seven million people from all over the world would flock to the city. Naturally, Holmes saw the potential to earn real money. He told people he would use his new building as a hotel because Chicago would become something of a boomtown for the duration of the fair. Supposedly, Holmes would call his hotel “The World’s Fair Hotel.” 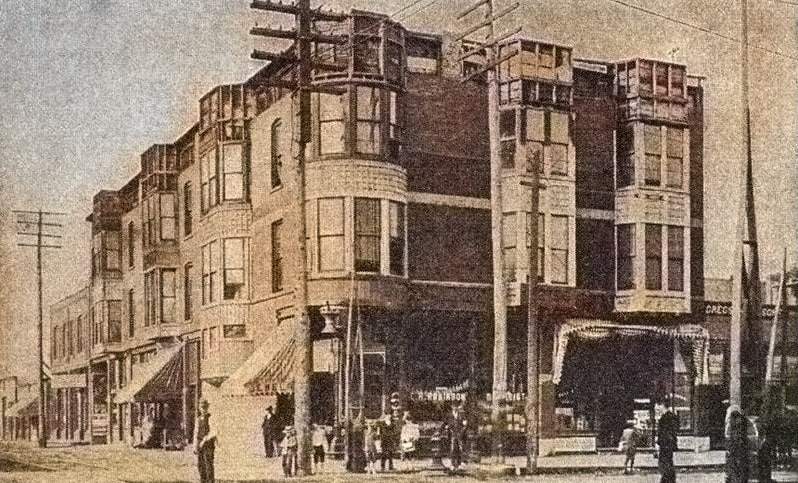 One of the stores he opened on the lower level of the building was a jewelry counter. Holmes hired a professional jeweler and watchmaker, Ned Connor, to help out with this new venture. Connor arrived with his lovely partner Julia and her daughter Pearl. Of course, Holmes noticed Julia. He quickly fired his current bookkeeper for no real reason and gave Julia the job. Connor walked out on Julia and she got custody of Pearl.

Curiously, Julia and her daughter disappeared in 1891. Mudgett said that Julia had died during an abortion.

Scroll down for Page 2

Sailing Stones of Death Valley: How Did They Move?